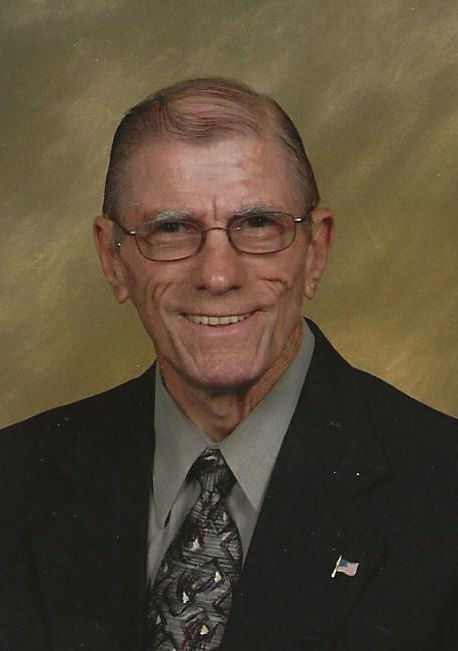 TP was a native of Gaston County but resided most of his life in Haywood County and was the son of the late Talmadge and Ellen Pressley Fletcher. In addition to his parents, he was preceded in death by his wife of 68 years, Alveta Medford Fletcher; two sisters, Louise Campbell and Loveta Norris; and a brother, Charles Fletcher.

TP retired from Champion Papers after 38 years of service. He worked as an electrician in many roles and retired as General Foreman over the Electrical department and the Instruments section. He enjoyed raising a large garden and sharing his produce, woodworking and watching all kinds of sports.

TP served in the Army Air Force from January 1943 to September 1945 and loved to talk about his time in the military. After training at several military bases in the U.S., he was sent to an Air Force base in Harrington, England. He was chosen as a “Carpetbagger,” one of a secret intelligence group working for the Office of Strategic Service (OSS), the forerunner of our CIA. He served in WWII with the 801st/492nd bomb group of the 8th Air Force as a radio operator on theB-24 Liberator flying 30 missions before WWII ended.

This unit was awarded a citation from the French for outstanding and brave war service to the Allied cause. TP also was awarded the Air Medal with three Oak Leaf Clusters, the Distinguished Flying Cross, Eamet Campaign medal with five bronze service stars and an award for good conduct.

After settling down in the Thickety community in Canton, TP became active in Oak Grove Baptist church, of which he is a member. He served as a deacon, taught Sunday School classes from the very young all the way to the oldest members in the church until his late eighties. He was “song leader” in the early days of the church but continued to sing in the choir until he was 89. He served on various committees and lived a life of integrity before his church, family, and community. Following the example lived before them, his children, grandchildren and great-grandchildren are all active in their own churches.

A private family service will be held at the graveside.

In lieu of flowers contributions may be made to the Oak Grove Baptist Church Cemetery Fund, 39 Robinson Road, Clyde, NC 28721.

The care of Mr. Fletcher has been entrusted to Wells Funeral Homes and an online memorial register is available at “Obituaries” at www.wellsfuneralhome.com.