To send flowers to the family of James Whitman, please visit Tribute Store. 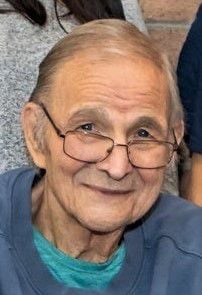 To send flowers to the family of James Whitman, please visit Tribute Store.
+1

James served his country honorably in the U.S. Army. He was stationed in Germany during the Cold War. James enjoyed playing tennis and watching sports in general, particularly Carolina Basketball, but most of all he really enjoyed being with his family.

James was a faithful Sunday school teacher, and Elder of First Presbyterian Church. He also enjoyed watching birds and the outdoor nature as he sat with his wife, Marjorie, to eat breakfast every morning.

James completed his bachelor’s degree in business and master’s in mathematics from Western Carolina University. James retired from Champion International after 40 years of faithful service.

In addition to his parents, he is preceded in death by brothers Warren, Charles, and Fred Whitman; sister, Marion Edwards; and his first wife Ruth Corwin Whitman.

The family would like to give a special thanks to Hannah, Jennifer, Amber, David, and the staff at Haywood Nursing and Rehabilitation Center, and special family friend Sarah Fisher, Darlene Davis, and Jeremy Fish.

Memorial contributions can be made to the American Diabetes Association P.O. Box 15829 Arlington, VA 22215.

A message of comfort may be left to the family at www.garrettfuneralsandcremations.com.

To send flowers to the family of James Whitman, please visit Tribute Store.
+1
Subscribe today
Only $8 per month