To plant a tree in memory of James Caldwell as a living tribute, please visit Tribute Store. 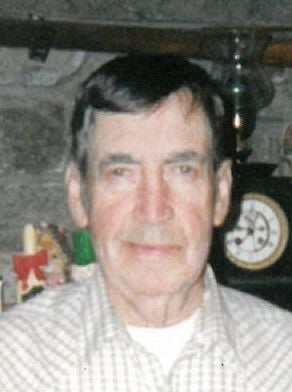 To plant a tree in memory of James Caldwell as a living tribute, please visit Tribute Store.
+1

MAGGIE VALLEY — James Claude Caldwell, 84, passed away March 23, 2020, at Haywood Regional Medical Center. He was born in Haywood County on April 20, 1935, to the late George and Blye Caldwell.

Claude served his country honorably as a medic in the U.S. Army during the Korean War. He retired from Dayco following many years of service.

He enjoyed, prior to his illness, spending time with his close friends at the community store. Many would say that he never met a stranger and that he would lend his shirt off of his back to help anyone. He also loved to garden, spend time in the yard and fish.

In addition to his parents, he is preceded in death by his wife, Joan DeLaHaye Caldwell; one brother, Junior Caldwell and two sisters, Louise Edwards and Mildred Crawford.

Graveside services will be held for Claude and his wife, Joan at a later date at Garrett Hillcrest Memorial Park due to the community health concerns.

Garrett Funeral Home is caring for the family. A message of comfort may be made to the family at www.garrettfuneralsandcremations.com.

To plant a tree in memory of James Caldwell as a living tribute, please visit Tribute Store.
+1
Plant a tree