To plant a tree in memory of Don Jones as a living tribute, please visit Tribute Store. 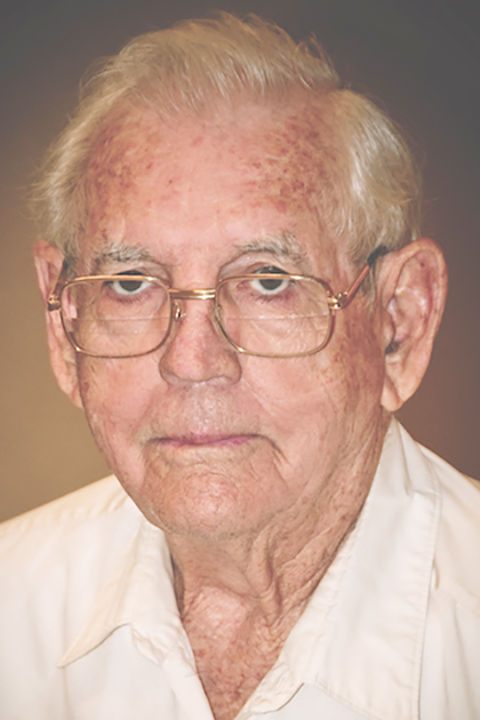 To plant a tree in memory of Don Jones as a living tribute, please visit Tribute Store.
+1

Don Carlos Jones, 100, of Palatka, Florida and part-time resident of Waynesville, was called from this life on Monday, May 18, 2020 at Putnam Community Medical Center.

Born in 1920 in Amarillo, Texas to Grover Lee Jones and Ora Blair Jones, Don’s family moved in 1931 during the Great Depression to Hot Springs, New Mexico in search of jobs. After graduating from high school, he began working in a mine and later moved to Colorado where he learned to mix and lay concrete. Following the attack of Pearl Harbor, he joined the U.S. Navy where he served honorably as an aviation machinist’s mate until his discharge in Jacksonville, Florida in 1945.

Don had come to appreciate the Northeast Florida area and moved to Palatka in 1946 where he began working at Bainbridge Motors as a service manager. He had come to like attending USO dances and it was there he met Marie Cameron, whom he later married and then joined his father-in-law in the family business, Cameron Co. Building Supply. In 1954, at the age of 33, Don joined the Rotary Club of Palatka which was also in its’ 33rd year of service both locally and world-wide. Don’s love of Rotary and its’ mission became a vital part of his life, so much so that he achieved an amazing 64 years of perfect attendance in Rotary! In addition to his dedication to the family business and his participation in Rotary, Don also gave of his time and talent serving as Scoutmaster for Troop 234 in Palatka. He was a member of St. James United Methodist Church.

In addition to his parents, he was preceded in death by a son, John Wayne Jones.

Due to Covid 19 restrictions and guidelines, a graveside service, while practicing social distancing and precautions, will be at 10 a.m. Saturday, May 23, 2020 at Oak Hill Cemetery in Palatka with C.L. Overturf, Jr. officiating. No visitation is scheduled.

Memories and condolences may be expressed to the family at Don’s Book of Memories page at www.johnsonoverturffunerals.com.

Arrangements are entrusted to Johnson-Overturf Funeral Home in Palatka, Florida.

To plant a tree in memory of Don Jones as a living tribute, please visit Tribute Store.
+1
Plant a tree
Load entries

To plant a tree in memory of Don Jones as a living tribute, please visit Tribute Store.