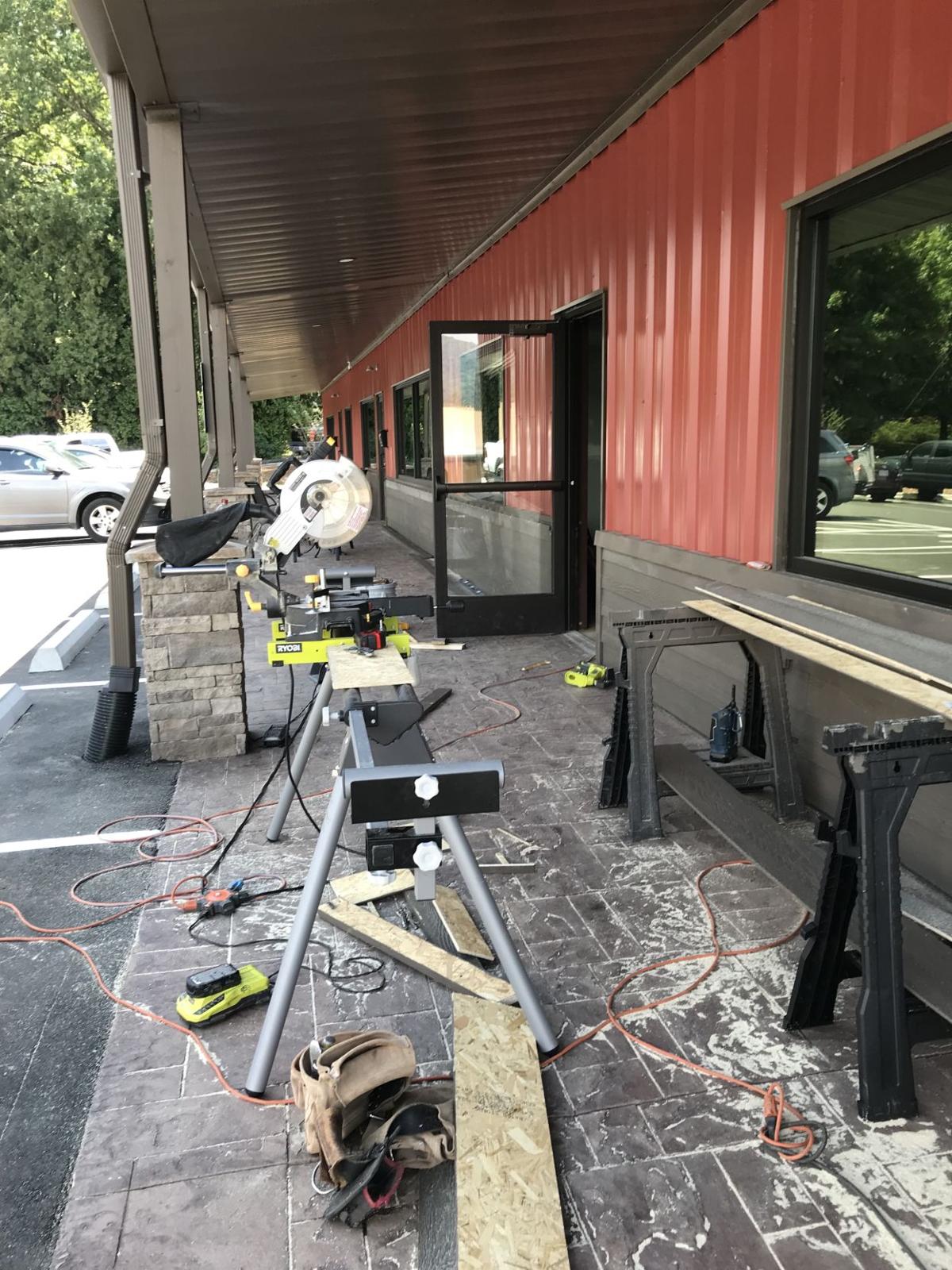 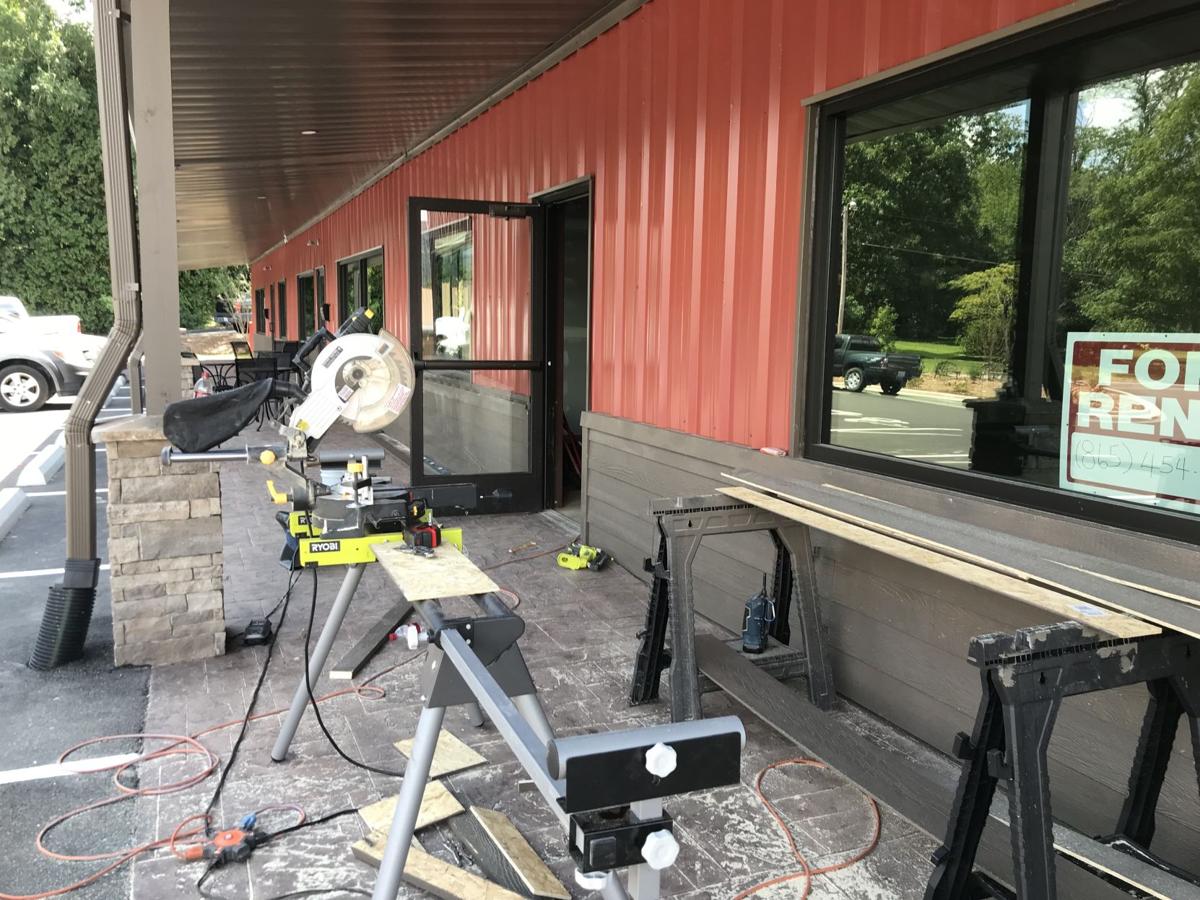 A small business owner in Waynesville made a plea to the town board this month over the steep cost for new commercial developments hooking on to the town’s water and sewer system.

A new commercial building near the Waynesville fire station that will be home to All About You salon and Los Amigos restaurant faced a $37,000 water and sewer capacity fee. The fee not only poses a hardship for small local businesses making an economic contribution to the town, but also came as an 11th-hour surprise, according to the project contractor Tim Bowers.

The 8,000-square-foot building was an undertaking by the owner of All About You salon, Jackie Rich. The building has three store fronts: one for Rich’s salon, one for Los Amigos restaurant that’s moving out of Waynesville Plaza, and one for a to-be-determined tenant.

Before breaking ground on the project, Bowers inquired with the town about the cost of water and sewer tap connection fees for the businesses. He was told the fees would be about $3,500 for each.

That was in February 2018. A year later, when Bowers formally applied for a tap connection, he learned the bill would actually be much higher: an additional $11,000 capacity fee for the salon and an additional $26,000 for Los Amigos.

“I was pretty blindsided by it,” Bowers said. “I think it is a little challenging for a small businessperson like Jackie who has invested heavily in this project that’s creating jobs.”

However, town officials replied that their hands were tied. They said state statute wouldn’t allow them to make exceptions.

However, Bower’s situation is complicated by the fact that the town didn’t have a capacity fee in place when he initially inquired about the cost of water and sewer connections in February 2018. At the time, the town had suspended its capacity fees pending a study to come up with a new formula for how the fees would be calculated.

The town then adopted the new fees a few months later, so by the time Bowers got around to formally applying for the water and sewer connections, the fees were in effect.

A capacity fee is standard practice in most locales for new developments hooking on to a water and sewer system. Water and sewer plants have a finite capacity, and when that capacity is all used up, the town has to expand the plant to accommodate more load.

The theory behind the capacity fee is that developers should share in the burden of the additional load being put on the system.

“We are basically charging them their own very small ownership in the capacity of the plant,” said Waynesville Town Manager Rob Hites.

Bowers said he wasn’t asking for the fee to be waived, but instead hoped to pay it in monthly installments over the coming year.

“We understand the need for the capacity fee to help fund the future expansion of the system. I get it,” Bowers said. “But to expect that payment as a lump sum amount is a shock.”

Waynesville has had a capacity fee since 2008, but it was suspended in 2016 amid a lawsuit elsewhere in the state challenging capacity fees. Many towns and cities suspended their fees while the lawsuit played out.

It was during this period that Bowers had sent an email to the town asking about the tap connection fees. The response he got was accurate at that point in time.

“There was a period of time where there was not a reference to capacity fees in our rate structure, for that short window of time,” said Public Works Director David Foster.

When the fees turned out to be higher, however, it put Bowers in a jam.

“One of my jobs as the project manager was to find out what all the costs were, so you can get your construction costs and build it into your construction loan,” Bowers said. “Then, a little over a year later, I get an invoice from the town of what the actual costs are going to be, and at first I thought it was a mistake because it was nothing like I’d been told.”

Bowers said he should have been told about the prospect of a capacity fee coming down the pike.

“Where in the process should I have been told that these costs were out there? Who in the town should have told me?” Bowers said.

Hites said capacity fees are a normal cost of doing business for new development projects hooking on to a water and sewer system.

“We believe that is the general contractor’s duty to know the law,” Hites said.

Jackie Rich, the owner of new commercial development, said it posed a hardship.

“If you put yourself in my shoes, you’ve started to do a project and all of a sudden a year later, you hit me with another $11,000. I don’t think it’s fair,” Rich said.

Los Amigos restaurant, which was equally surprised by its $26,000 capacity fee on the eve of opening in its new location, declined to comment for this article.

Town leaders who listened to Bowers’ case at a town meeting this month maintained there was nothing they could do.

“We don’t have a choice. We are constrained by state statutes,” Waynesville Mayor Gavin Brown said. “I wish we could accommodate you, but we just can’t. We’d be called on the carpet if we did. We don’t have the authority to change rules as we want to.”

The lawsuit over capacity fees that prompted towns and cities to temporarily suspend their fees also prompted a state bill by the General Assembly.

The bill mandated that cities and towns have a mathematical basis for their capacity fees tied to a business’ actual water and sewer use. It was presumably intended to protect developers from being hosed by an arbitrary formula.

Waynesville’s fee structure was already tied to actual use, but to be safe in complying with the new law, the town commissioned McGill Engineering firm to come up with a capacity fee formula. The new formula was largely the same as the old formula with one notable exception: the old formula capped the upper end of the fee at $20,000, and the new formula caps it at $100,000.

Bumping up the cap was intended to create a more equitable sliding scale, so that a 200-unit apartment complex pays its fair share — and doesn’t get off the hook with a lower cap. But Los Amigos came out worse under the new formula, since they had to pay $26,000 compared to the previous formula that would have capped it at $20,000.

The town commissioned McGill to do the capacity fee study in October 2017, Bowers first inquired about his project’s fees in February 2018, and the study was completed the next month in March 2018.