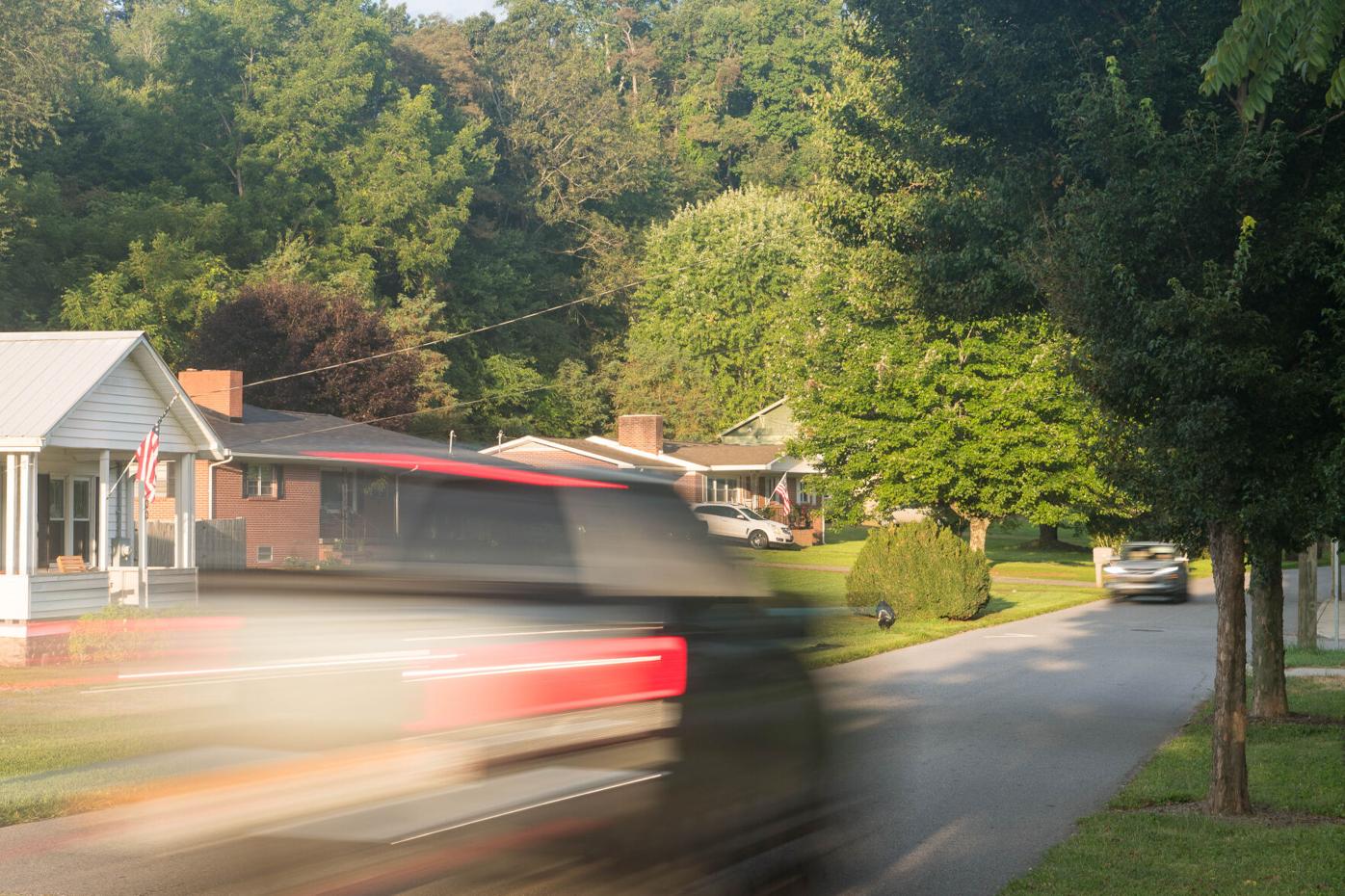 Hendrix Street, long a busy cut-through in west Waynesville, is one of three roads that will see speed tables or speed humps put in this fall through a new town program that allows residents to request traffic calming measures.

A map of where speed tables will be installed on Hendrix Street in an effort to slow down traffic.

An overview of locations where speed humps are planned for Auburn Road in Waynesville.

A map showing where three speed humps are planned for Ninevah Road.

Hendrix Street, long a busy cut-through in west Waynesville, is one of three roads that will see speed tables or speed humps put in this fall through a new town program that allows residents to request traffic calming measures.

A map of where speed tables will be installed on Hendrix Street in an effort to slow down traffic.

An overview of locations where speed humps are planned for Auburn Road in Waynesville.

A map showing where three speed humps are planned for Ninevah Road.

Residents on three streets in Waynesville are hoping to see some relief this fall from drivers speeding and cutting-through their neighborhoods.

The town will spend $50,400 to install four speed tables on Hendrix Street, as well as two speed humps on Auburn Road between Burke and South Main streets and three speed humps on Ninevah Road between South Main Street and Country Club Drive. The roadway infrastructure is designed to slow down drivers and will be put in as part of the town’s fall paving schedule, according to Assistant Town Manager Jesse Fowler.

The three streets are the first approved for such traffic calming measures through a program town officials started in 2020.

“I’m hopeful and have really high expectations about this traffic calming policy and procedure we’ve implemented,” Alderman Jon Feichter said. “I think it’s a great example of the town recognizing there is a problem and thinking through the possible solutions, all the while keeping track that citizen input is really important.”

If 65% of property owners in the affected area sign a petition in support of the measures, they can then be installed using street-aid funding that Waynesville receives from the state.

John Plemmons is among the people hoping for a break from speeding cars and trucks on Hendrix Street — a narrow road west Waynesville residents use as a shortcut to get to area businesses and hop on and off the Great Smoky Mountains Expressway.

Plemmons said speeding has been a problem since he moved to Hendrix Street in 2017, and that an earlier speed limit reduction from 35 mph to 25 mph didn’t have much impact.

“Hopefully it will slow down some of the traffic,” Plemmons said of speed tables approved for Hendrix Street. The tables create a gradual rise across the roadway to help slow traffic.

Plemmons said his wife helped collect needed signatures, and that during the study, a box truck knocked a traffic counter off a roadside pole and broke it, despite signs prohibiting through truck traffic.

“It’s not the exit ramp or entrance ramp for the bypass,” Plemmons said of Hendrix Street. “All we ask for is something to slow the vehicles down.”

William Everett, a resident of Brown Avenue between Boyd and Georgia avenues, said he hopes measures to slow traffic will be approved for his road, with enough property owners signing petitions in support.

A traffic study recommended two speed tables with crosswalk markings near Waynesville Middle School as well as chicanes — curb extensions that narrow lanes to encourage drivers to slow down.

“Brown Avenue is somewhat of a thoroughfare, and somewhat notorious as a speedway,” Everett said. He added that he’s enjoyed meeting neighbors as the petitions have circulated, and is optimistic enough signatures will be collected. “I think we’ll be over the threshold,” he said.

As the traffic calming measures are installed on Hendrix, Auburn and Ninevah, Feichter said he hopes they cause more people to slow down in Waynesville neighborhoods.

“I think it’s absolutely going to slow the speeds down on many of these kind of race tracks we’ve got throughout town,” Feichter said. “I hope people kind of by seeing these calming measures we have around town, that they will be at least more aware of their speeds, and we won’t have to implement these kinds of measures on too many more streets.”