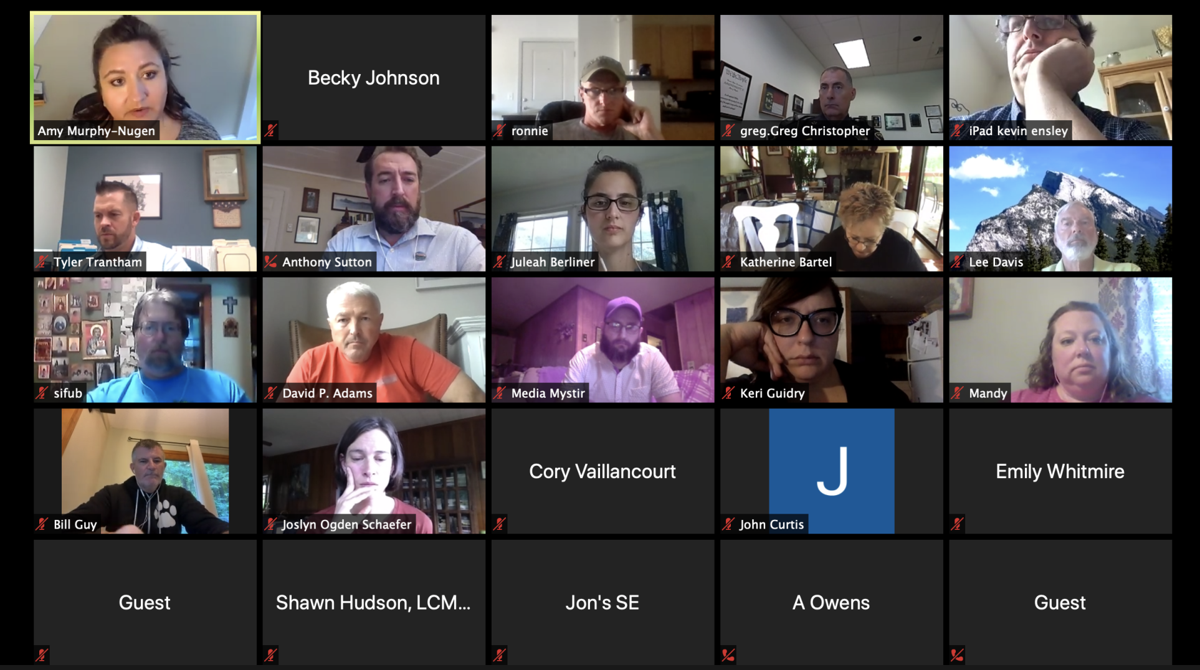 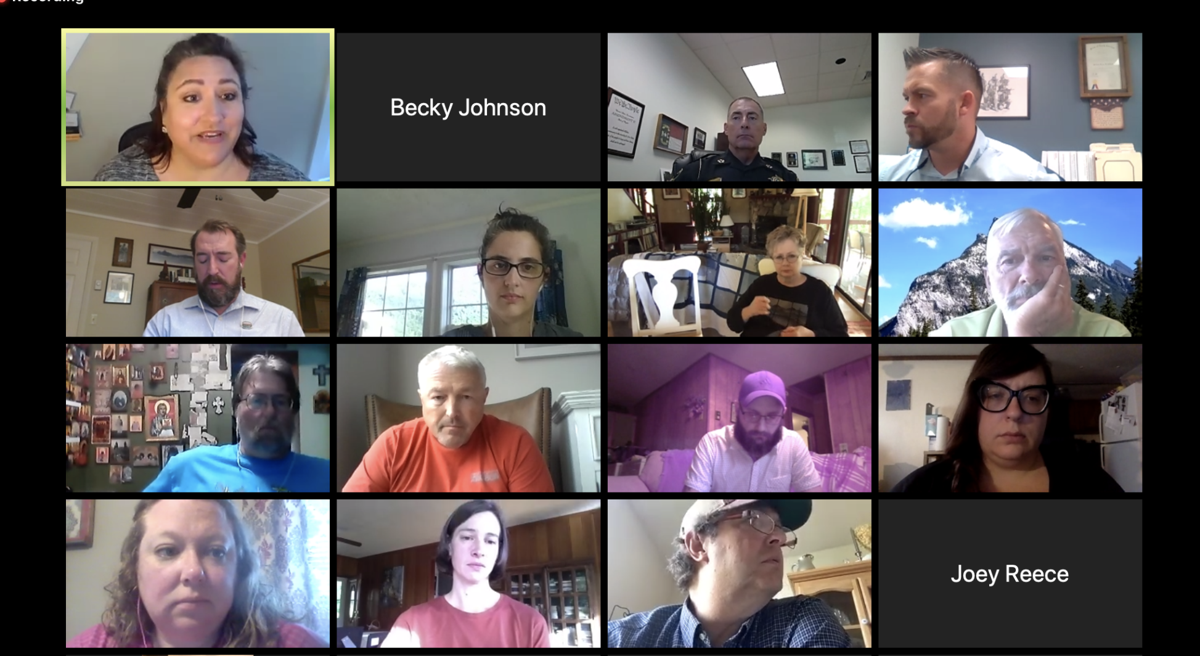 “I understand that that timeline may be somewhat frustrating for folks who have been addressing this issue or impacted by this issue for a while and feel like we need action now,” said Amy Murphy-Nugen, the facilitator for the task force. “But homelessness is a difficult issue. We are going to need to dig in and be at this work for a while.”

The 21-member task force convened via a virtual platform rather than grapple with social distancing during an in-person meeting. The virtual platform didn’t allow for an interactive conversation among members, however.

Instead, the meeting consisted primarily of a walk-through of the task force’s mission and methodology by Murphy-Nugen. If someone wanted to speak, they had to be unmuted by Murphy-Nugen before chiming in.

One such case of a task force member speaking up came from Joey Reece, who took issue with the task force having “zero input” on the goals and objectives set forth for the group.

“It strikes me that all of these are geared totally toward providing more and better programs for the homeless, but there is nothing listed in there about an attempt to mitigate the adverse impacts caused by homeless,” Reece said.

The purpose of the task force shouldn’t be solely about helping homeless people, Reece said, but should also focus on fixing problems caused by the vagrant population for the community at large — from needles and trash to crime and vandalism.

“If I am wrong about that then I don’t belong here, because that’s why I am here,” Reece said. “I am here to stick up for and represent the concerns of the homeowners, the businesses and law enforcement.”

Murphy-Nugen didn’t see it as an omission, however.

“I think that work is embedded,” she said. “I don’t see those as opposing goals. I see it as a continuum of how we are stepping in and responding to our community. It’s not an either or.”

“I’d still like to see it listed,” Reece replied.

Task force member Joslyn Schaefer agreed it wouldn’t hurt to spell it out.

“There can be value in specifically articulating that as a positive outcome that we are all going for,” said Schaefer, the rector for Grace Church in the Mountains.

Keri Guidry, who works at the Haywood Pathways Center, said helping people out of homelessness will automatically fix the other issues.

“Isn’t it likely if you improve the services and support that you would be mitigating the negative overflow into the community?” Guidry said.

Critics of the homeless situation, however, have often cited a Catch 22, theorizing that providing more services will simply draw more homeless people — something they blame the growing homeless population on in the first place.

But Murphy-Nugen said the oft-cited “perceived increase” in the homeless population is only speculation at this point.

“I know some folks might quibble with me on that, but part of our charge as a task force is to figure out have we had an increase — what are those numbers and what does it look like?” Murphy said, citing the need for a data-based approach.

The homeless task force will be meeting every other week over the next year as it crafts a community action plan to address homelessness. That action plan will then be turned over to the town board to implement in conjunction with community partners.

The virtual task force meetings will be open to anyone who wants to observe, with an online link made public once a day and time is chosen. Around 20 spectators logged on to the first meeting, including both advocates and critics of the homeless population.

Murphy-Nugen thanked all those who have signed on to the work that lies ahead.

“Certainly it would be ideal if we didn’t have these difficult issues to deal with but I think we have committed people in this community where we are neighbors in this together searching for solutions,” she said.