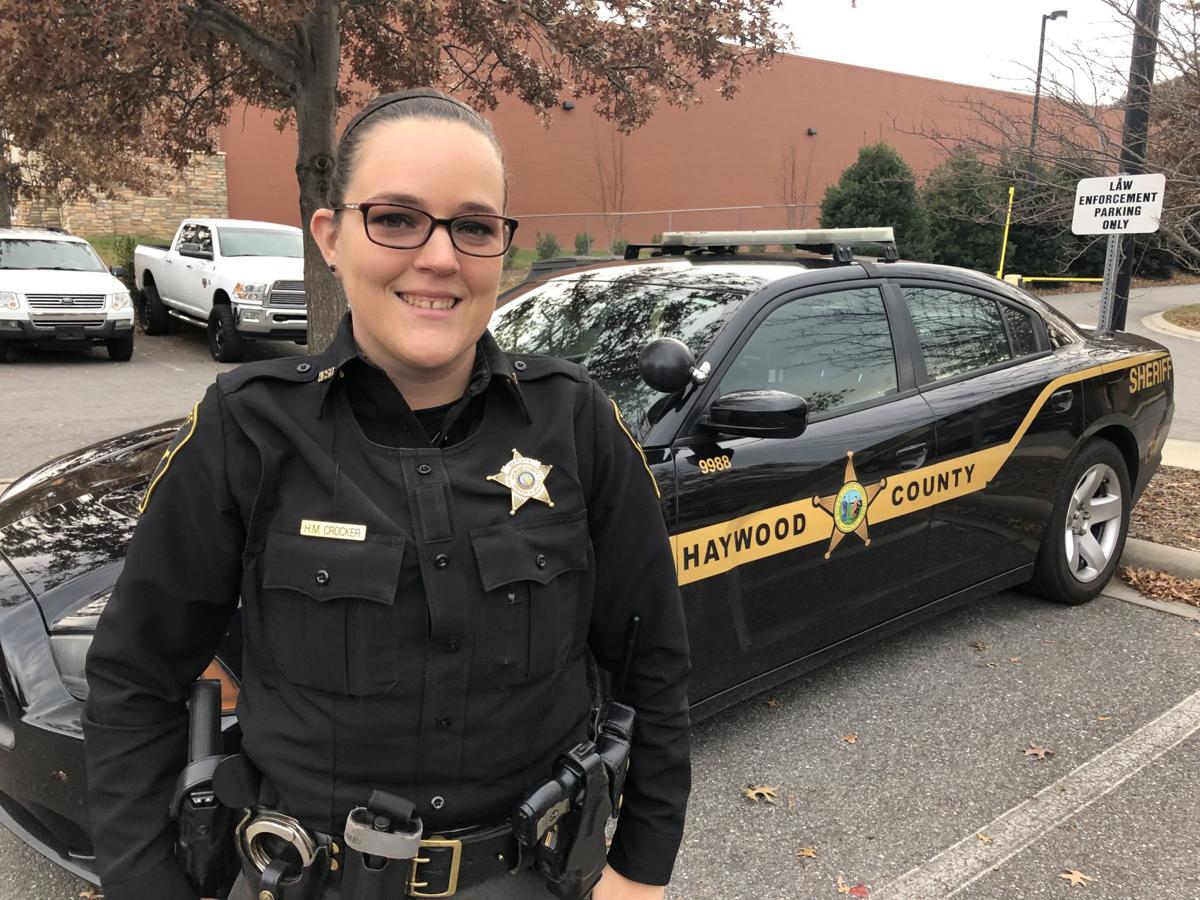 FAMILY TRADITION — During Haley Crocker’s time with WCU’s marching band, she marched in the 2011 Rose Parade in California on the drumline.

FAMILY TRADITION — During Haley Crocker’s time with WCU’s marching band, she marched in the 2011 Rose Parade in California on the drumline.

Deputy Haley Crocker who works in the civil process division of the Haywood County Sheriff’s Office will be spending her Thanksgiving holiday walking alongside Western Carolina University’s “Pride of the Mountains” marching band in the Macy’s Thanksgiving Day Parade, working with the line of march staff.

Following in the footsteps of her grandfather Jim and her father Jimmy, Crocker has had a passion for marching band for as long as she can remember. Crocker’s grandfather was the director of bands at Tuscola High School for several years before retiring in 1982.

“Hearing all of the family stories and watching videos growing up, music and marching band have always been in my life and I have cared about band for as long as I can remember,” (Haley) Crocker said.

Crocker was on the Tuscola High School drumline and she stuck with marching band while earning her bachelor’s degree in criminal justice from Western Carolina University. During her time with WCU’s marching band, she marched in the 2011 Rose Parade in California on the drumline.

While Crocker stays busy as a full-time law enforcement officer, in her free time, she stays involved in assisting students in Tuscola’s drumline as well as WCU’s equipment logistics.

“It is really important to have a positive outlet in your personal life, no matter what your line of work is,” Crocker said. “I really connect with what the students are going through and how impactful marching band is in their lives. Watching a performance come together after all of the rehearsal and dedication is powerful. High school can be rough and when there is something you can focus on to get you through the rough times, it makes a huge difference. Music does that for so many people in general.”

Crocker said even though she won’t be playing any music during the Macy’s parade, she is thrilled to have the opportunity to be a part of the event.

“I’m so excited to even get to be part of this and see the parade from the marching band’s perspective,” Crocker said. “The thing I remember most from the Rose Parade back in 2011 was the faces. Now, thinking about all the families and kids who are excited to see the parade and the balloons on Thanksgiving, I think it will be a pretty emotional experience for everyone.”

Mountains to Macy’s — Again! Haywood will be well represented in Macy’s Day Parade

For the past four months, the 535 members of Western Carolina University’s Pride of the Mountains Marching Band have been training, practicing…