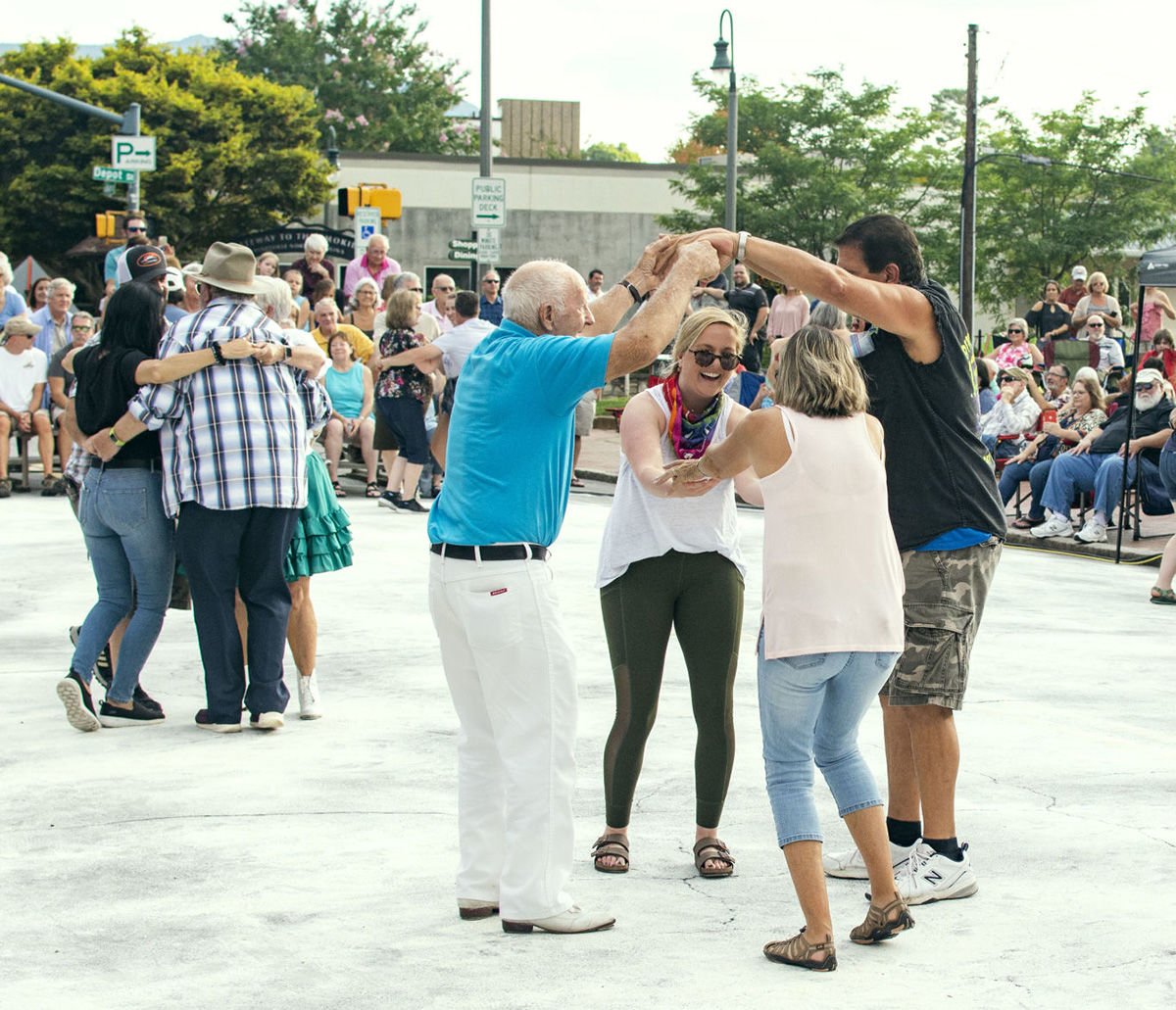 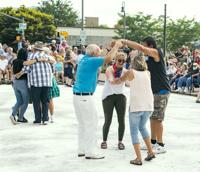 Street dances are one of many events the Downtown Waynesville Association used to regularly organize before COVID hit and the organization faltered. 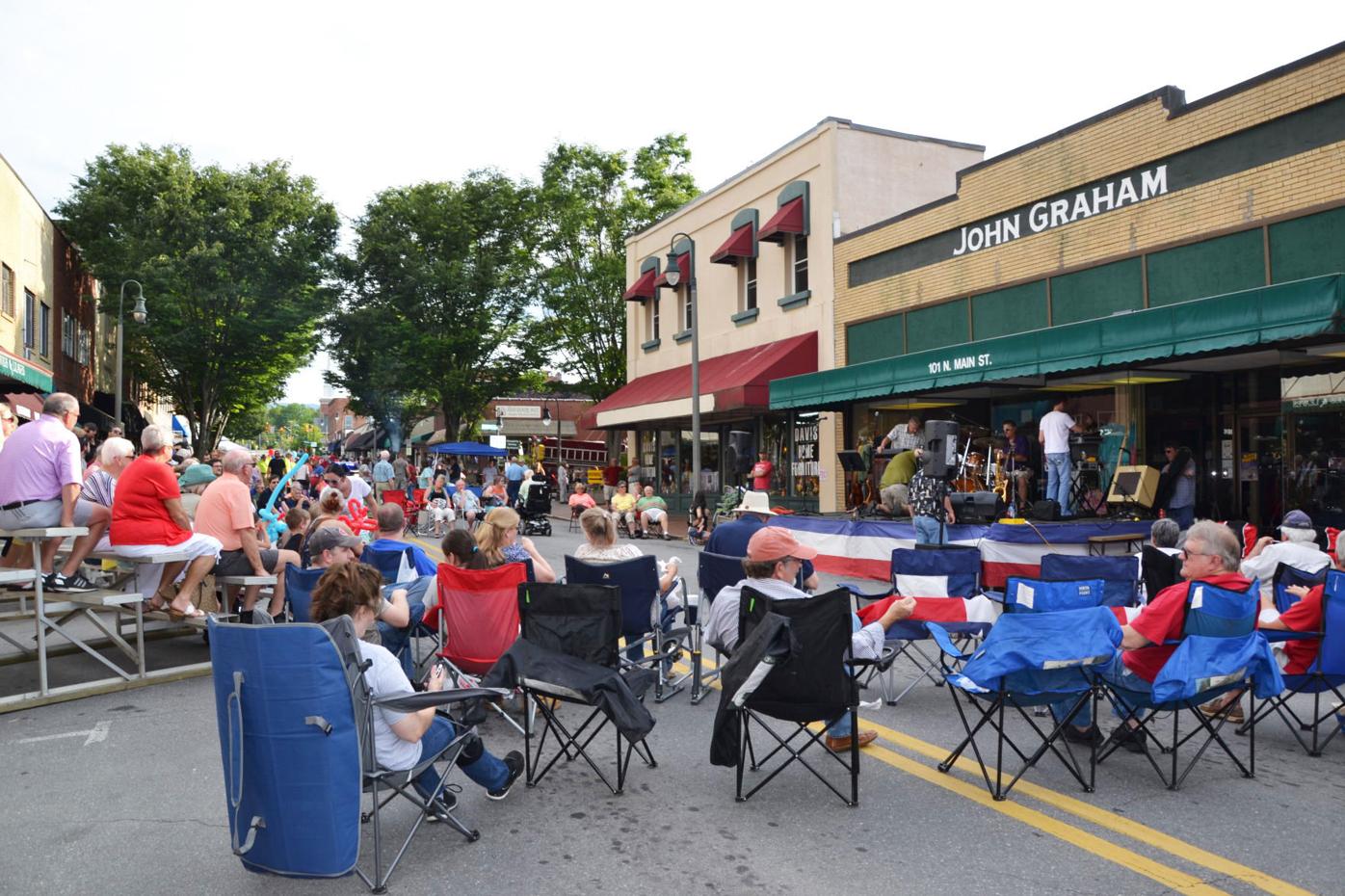 Street dances are one of many events the Downtown Waynesville Association used to regularly organize before COVID hit and the organization faltered.

Meeting Tuesday, Waynesville’s Board of Aldermen voted unanimously for the town to immediately assume administration of the program run by the Downtown Waynesville Association.

Alderman Anthony Sutton told The Mountaineer he planned to ask the town to start directly administering funds from the downtown municipal services district, and made that motion during a “communications from the mayor and board” section of the meeting.

“Due to the resignation of the DWA executives and the lack of members on the DWA board it has become necessary for the town to take over management of the municipal service district,” Sutton said. “I move that Waynesville’s downtown municipal service district immediately be administered as a division of the town of Waynesville and that the staff develop an organizational plan for the board’s consideration at an upcoming meeting.”

The motion passed with a 5-0 vote. “You work for us now,” Mayor Gary Caldwell said to Beth Gilmore, the DWA’s interim director, after the vote. “Now she will have the town’s backup by helping her get these projects done for the citizens of Waynesville,” Caldwell said, referring to various DWA festivals and block parties being planned.

The struggling DWA saw its contract with the town of Waynesville to handle roughly $100,000 in funds generated by the downtown municipal services district expire earlier this summer and not get renewed. At a meeting in August, Sutton proposed the town bring the DWA in house and run the contract itself, but town officials gave the DWA board 90 days to get its organization in order and submit another contract proposal.

The DWA has since seen a series of board resignations, including its chair, Carolyn Brunk, and four board newcomers, Mike Coble, Lorelei Garnes, Joey Fuseler and Morgan Beryl. The board’s vice-chair, Jonathan Key, publisher of The Mountaineer, resigned this week.

In other business, aldermen agreed to reconsider the town’s fireworks ordinance, with Town Manager Rob Hites informing them of a pending request from Zambelli Fireworks for a short fireworks display at 10:35 p.m. Oct. 9 for a private event at Laurel Ridge Country Club. The pending fireworks request seemed likely to be denied moving forward.

The town’s current ordinance provides an exception for lawful fireworks and noise makers for holidays and religious ceremonies, according to Hites. Council members briefly discussed several options for amending the ordinance in the future, including a blanket ban or allowing fireworks only on holidays such as July 4 or New Year’s Eve.

Alderman Jon Feichter questioned the value of an outright ban if people continue to shoot them off anyway on such holidays.

“I have a 12-year-old dog that comes unglued every Fourth of July, and, unfortunately, recently on the third and fifth as well. So I see the logic of a ban,” Feichter said. “I just don’t know we want to go down the road of putting our police officers in a position of having to enforce that, or why have the ban to begin with.”

Aldermen also scheduled a special meeting for Friday afternoon, when they planned to consider refinancing debt for Fire Station #1. The refinancing, if approved, is expected to save about $1 million that could then be used to pay for a new fire truck and reimburse the town for its purchase of land for another fire station.

In other business, the Board of Aldermen: