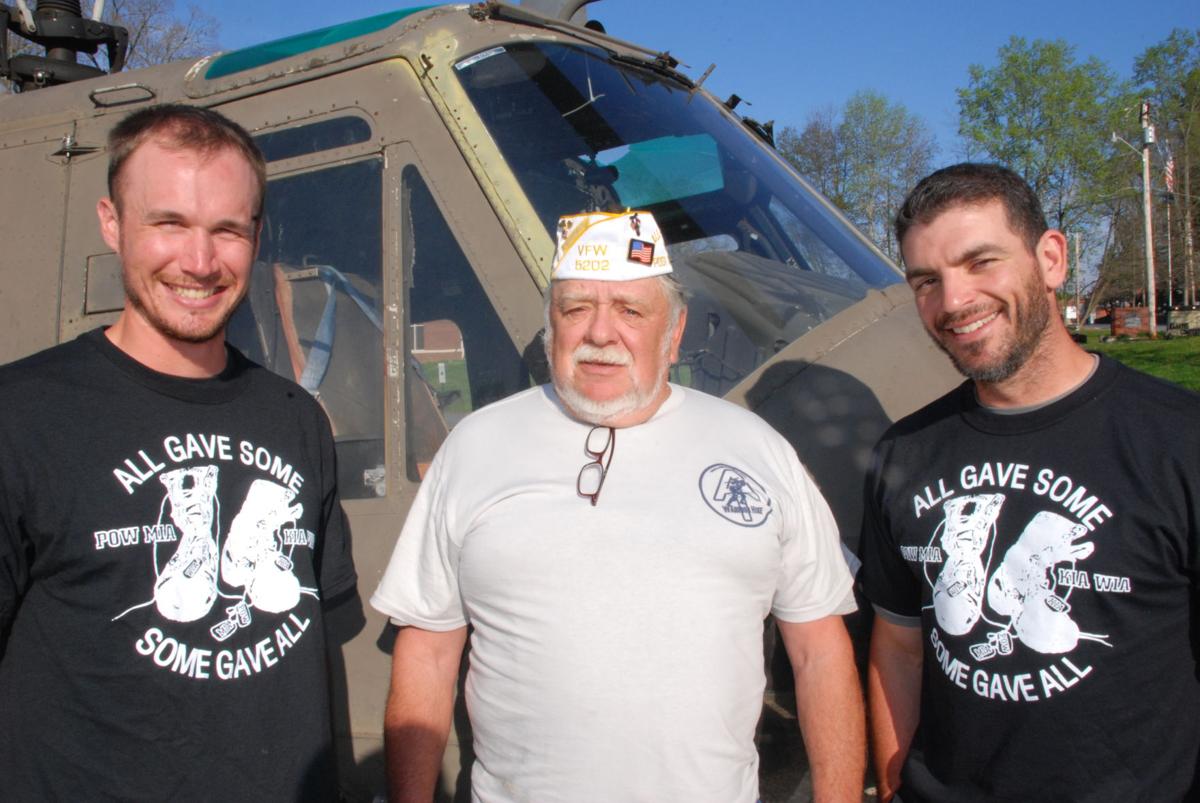 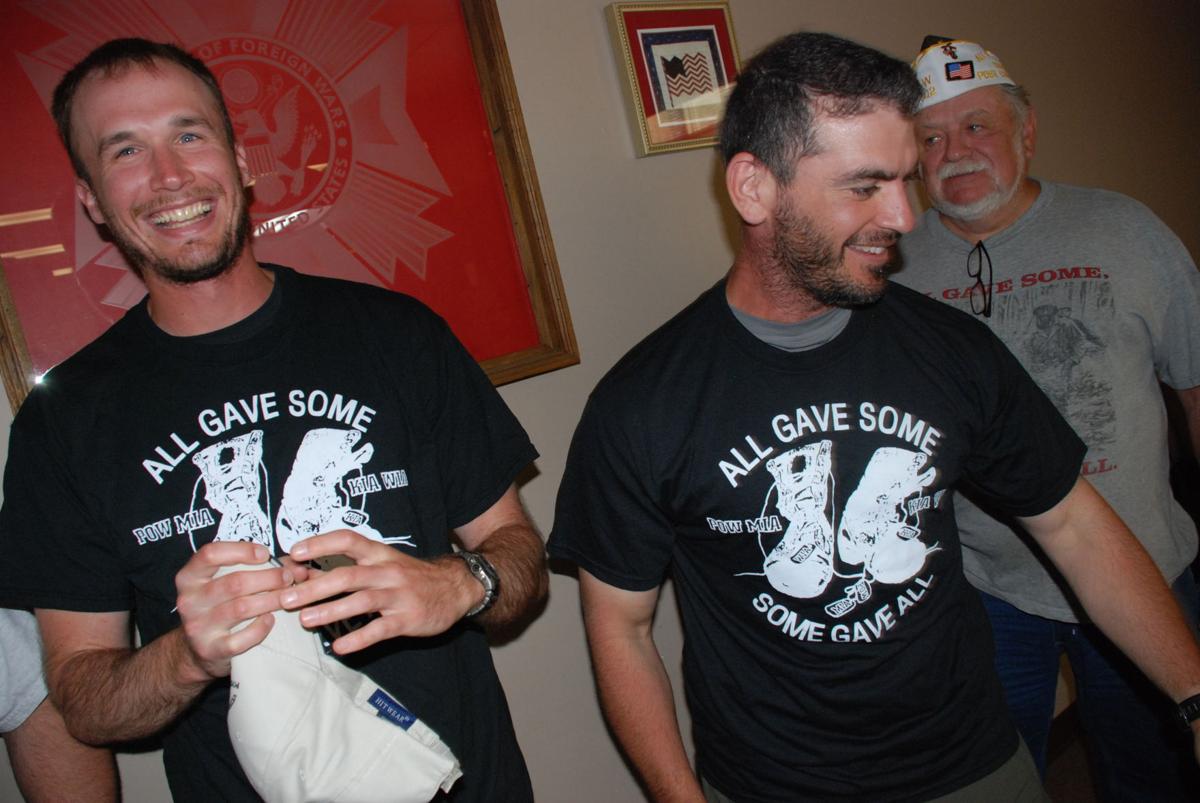 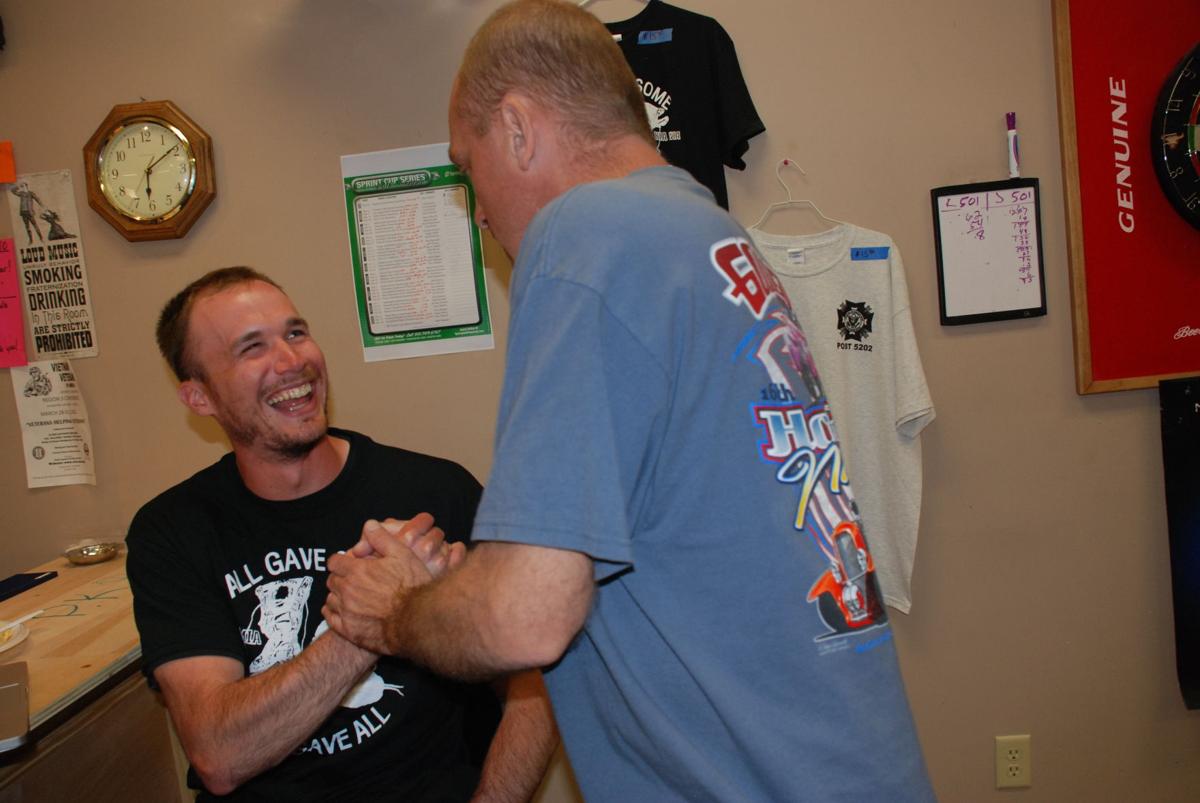 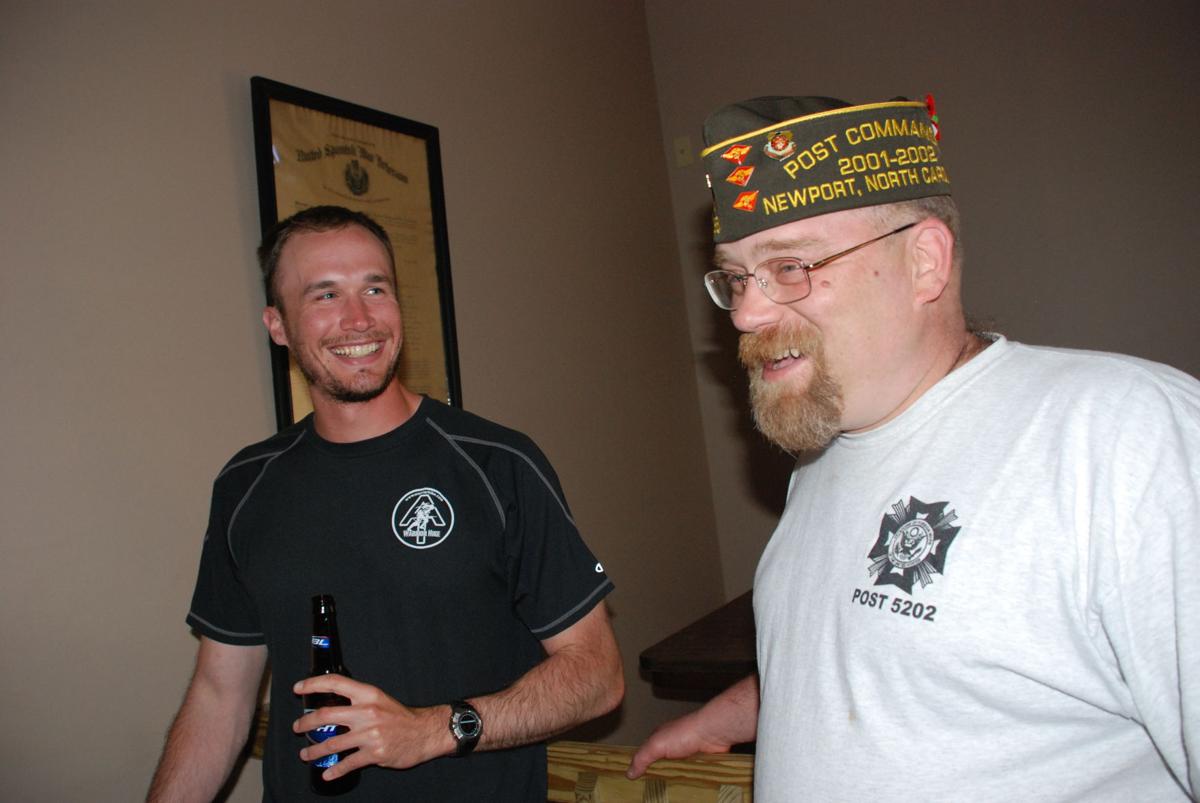 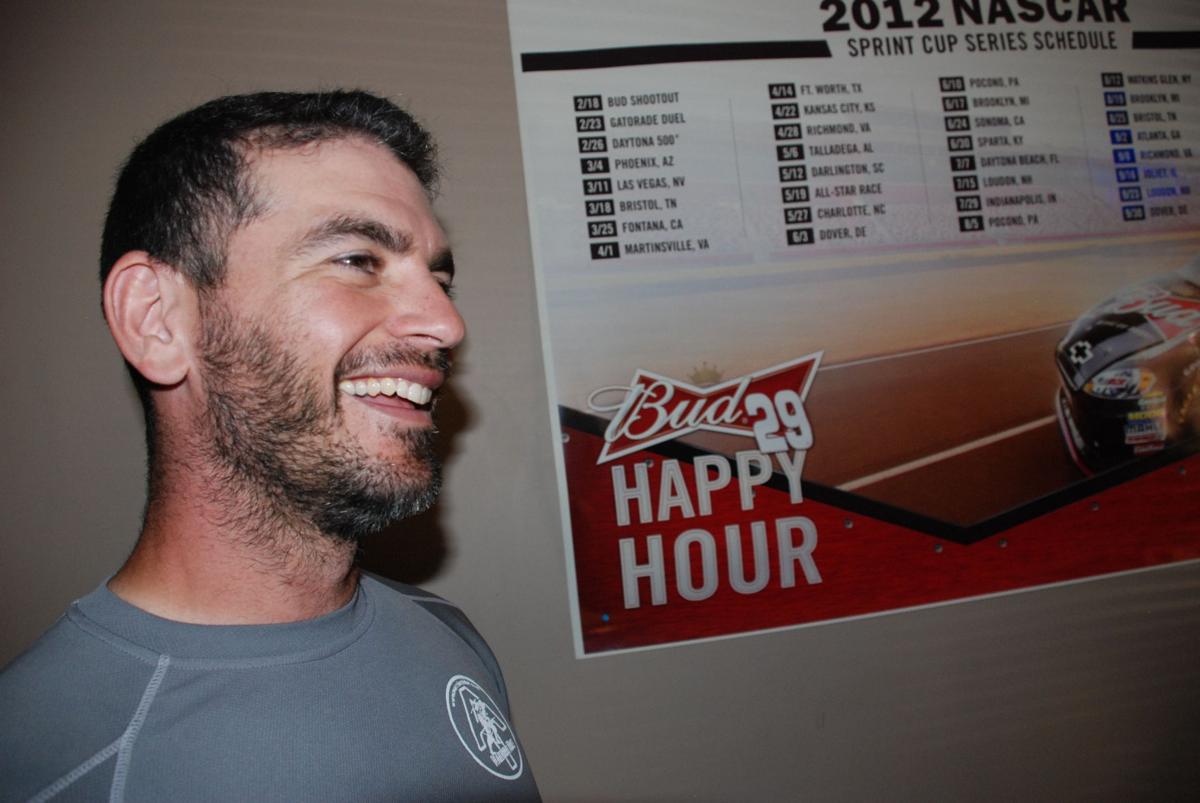 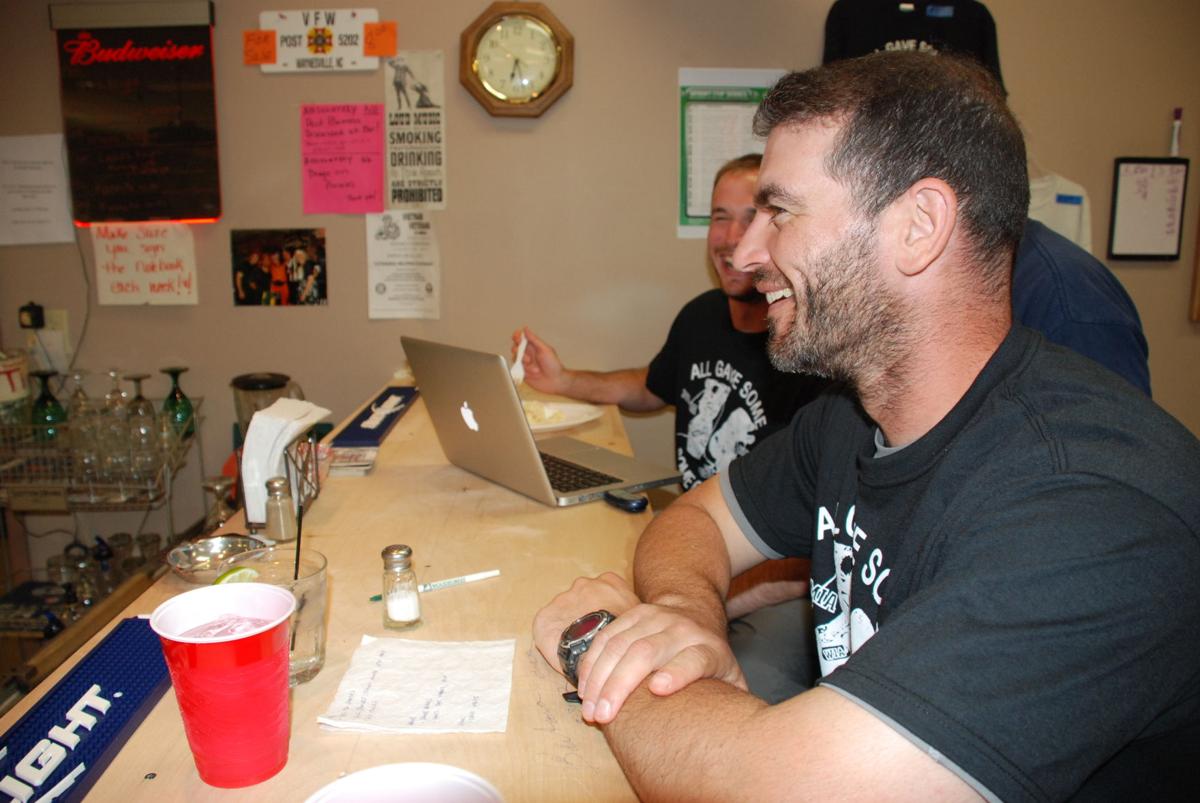 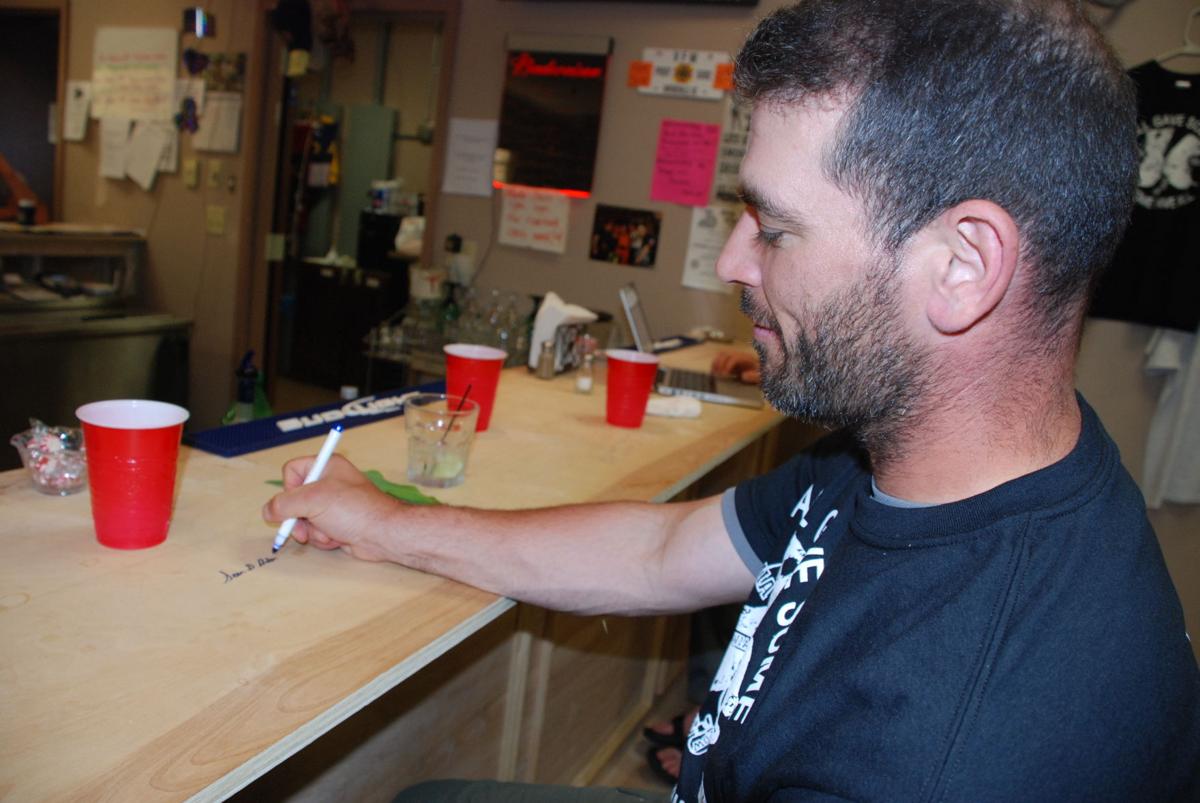 As people tackle the Appalachian Trails 2,180-plus miles, they are inevitably met with the same question time and time again: Why?

Thru-hikers, as these long-distance trekkers are called, have all kinds of responses to that one, but only two can claim the inspirational answer given by Marines Mark Silvers and Sean Gobin. The pair, who recently passed through Haywood County, is doing this for wounded veterans. As they walk at a dizzying daily clip, they are also raising money to outfit disabled soldiers with specially made vehicles.

Maybe it goes without saying that they have found a lot of support since beginning what they call the Warrior Hike on March 15. Along the way, theyve made sure to stop at various Veteran of Foreign Wars posts  including Waynesvilles own VFW Post 5202  telling their story and collecting funds for the cause.

Once we explain what were doing and what its all about, people are very supportive, said Silvers, 26, sitting on a bed at a Waynesville motel a few weeks ago.

He and Gobin, 36, were surrounded by their gear, spread out and in various stages of drying, as they described brand-new nonprofit, which they thought up while still serving in Afghanistan together. After seeing so many soldiers go home with debilitating injuries, they wondered what they could do to help these men and women re-enter the civilian world.

It didnt take long to find what Silvers calls a gap  and a pretty big one, at that. While the U.S. Department of Veteran Affairs gives $19,000 to veterans who have suffered multiple amputations in order to purchase a vehicle tailored to their needs, Silvers and Gobin found this left many soldiers about $10,000 short. During this hike, the twosome is looking to make up the difference for as many vets as possible, with grants of about $10,000 awarded on a case-by-case basis. With about $7,000 collected thus far, including $500 from the Waynesville post, the pair is looking to award the first grant soon.

Gobin described that upcoming milestone with excitement but also with a kind of duty, as if raising this money is the least he and Silvers can do.

Wounded veterans are losing that military network when theyre coming home, he said.

While he knows its impossible to make up for all that camaraderie and support, he hopes this project can help ease the shift for these returning heroes. He also knows what a tall order that is, as he and Silvers are still in the midst of their own enormous transition. With the war behind them and graduate school in front of them, this hike is a way to acclimate to the world again. While Gobin cant know how theyll feel at the trails dramatic terminus Maines Mount Katahdin, which theyre planning to reach July 31  he senses things are shifting daily for both of them. Though their fast pace leaves little time to think about it, theyre changing and adjusting little by little.

Thats not to sugarcoat it, however. Neither he nor Silvers was not about to white wash the trials of the trail.

While many thru-hikers tackle the trail in five to seven months, theyre trying to do it in about four and a half. That means sticking to a strict schedule, with long days and few breaks, save the many stops they have reserved at VFWs along the way. As Marines, their toughness is not in question, but everybodys body has a limit. Luckily, they havent found theirs yet, even though Gobin has suffered through various injuries already and both have had to brave all the complications that go along with this hike  from bugs to rain to the simple question of where to do their laundry.

This means the trail is not always comfortable, but still it feels right them.

I definitely havent had any feelings of wanting to quit, Silvers said, with Gobin nodding in agreement.

While their incredibly worthy cause has kept them going, so too has something familiar to all thru-hikers but mostly unknown to everyone else: trail magic. Thats the term for the serendipitous turn of events that seem occur often on the AT, almost always at the hands of strangers. In the last month and change, Silvers and Gobin have experienced all kinds of spontaneous support, from shared conversations and meals to even free hotel rooms at times. Some of this surely has to do with the weighty importance of their cause, and some of it must just be the unique generosity the trail inspires in people.

Either way, none of it is lost on these men.

Certainly we feel like were on a grand adventure, Silvers said.

For more information on the Warrior Hike, including daily updates on Silvers and Gobins progress and how to donate to their cause, visit www.warriorhike.com.