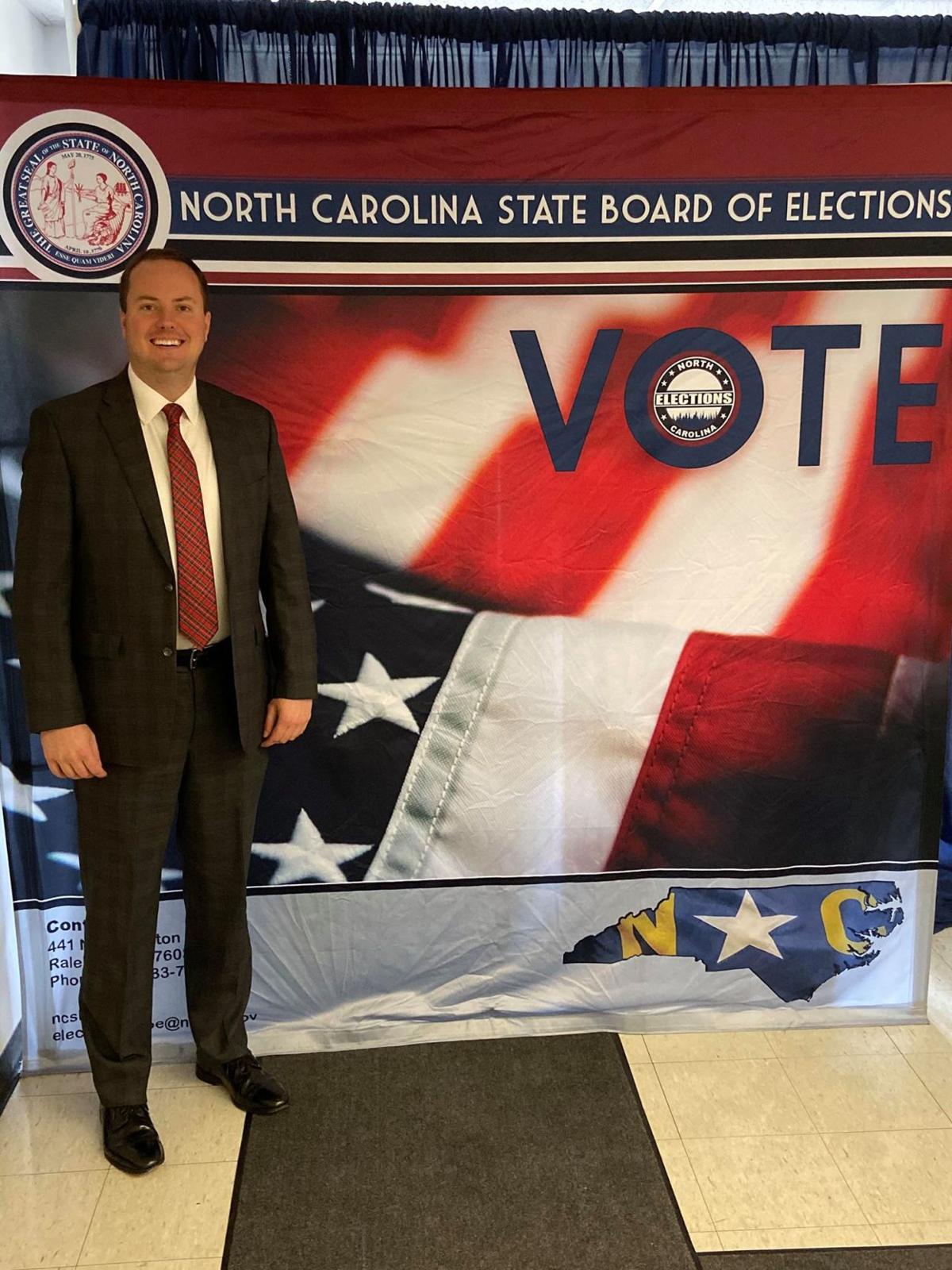 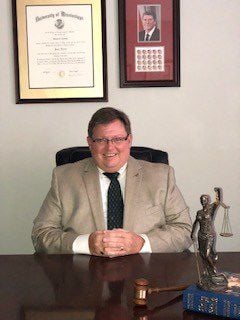 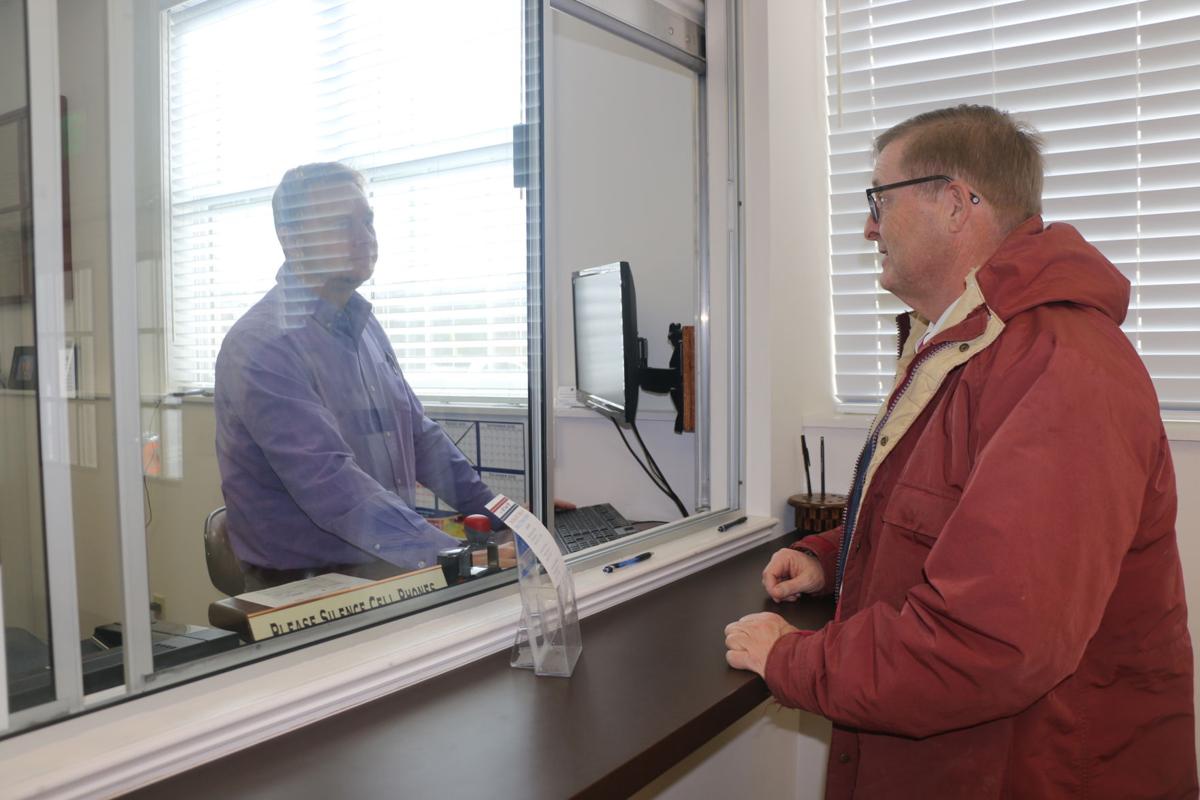 FILING — Jim Moore is shown at the Haywood County Board of Elections.

FILING — Jim Moore is shown at the Haywood County Board of Elections.

Three Republicans, including two Haywood County residents, have filed to run for the district court seat soon to be vacated by Judge Richard Walker.

While it is expected that Democrat Justin Greene will also run for the seat, it isn’t known whether any other Democrats will file. However, the Republican primary isn’t looking like it’ll be quite that simple. Running for the office are Kaleb Wingate and Jim Moore of Haywood County and Rich Cassady from Macon County.

Wingate, 30, has only been practicing law for about five years but has gained experience as both a prosecutor and a defense attorney. Wingate, a 2007 Tuscola graduate, began working for District Attorney Ashley Welch after getting his law degree from North Carolina Central University.

“After graduating law school, I could have gone anywhere in the world, but I wanted to come back and work as an assistant DA,” he said.

While Wingate’s age and experience were brought into question by Moore and Cassady, he said there have been judges around his age elected in this region before and that there are some his age in the east of here.

“I think as a prosecutor, I was able to get a lot of experience in a short amount of time,” he said.

Although Wingate handled some Superior Court cases late in his tenure as an assistant district attorney, he spent much of his time in District Court.

“Some days we’d have up to 500 cases and I’d be responsible for disposing of all of those cases in one way or another,” he said.

While Moore switched from the Democratic Party to the Republican Party prior to filing for this election, Wingate boasted what he thinks is consistent conservatism although he did vote in Democratic primaries while unaffiliated.

“I have never been a registered Democrat, and I certainly never ran for office as a Democrat,” he said. “I have been a Republican almost the entirety of my adult life. There was a short time when I was registered as unaffiliated and that was because I wanted to be objective as far as being a prosecutor.”

Ultimately, Wingate said he is proud to be the only candidate in the race who was born and raised in Western North Carolina and added that he is especially proud of his conservative values.

“From a very young age, I was taught the values of having faith in God, a strong work ethic and teaching others to be treated the way they should be treated,” he said. “I believe in the Constitution and the Bible, and I will bring my experience as an assistant district attorney with me to the bench, as well as my experience in other areas of the law such as DSS, juvenile proceedings and involuntary commitments.”

“I’m a Christian and a conservative and a proud Republican,” he added. “I encourage everyone to get out and ask law enforcement officers, attorneys, clerks or anyone else involved in our judicial system and ask about the candidates. It’s easy to make speeches, but they can tell you about their experiences with us.”

Jim Moore, 58, first came to Haywood County in 1986 after coming to the area with his new wife, who is originally from Buncombe. He has practiced his whole career here, beginning that year, and has split time almost evenly as a prosecutor and a defense attorney.

“The day after I was sworn in in 1986, I was actually taking a superior court plea,” he said. “But at least half of my time overall has been devoted to district court in one way shape or form.”

Moore noted simply that his years of experience can’t be overlooked.

“That’s where I have the advantage over both of my opponents,” he said. “It’s split right down the middle, 17 years on one side and 17 on the other. You can’t even put both my opponents experience together to equal that.”

Moore added that during his 34 years practicing law, he has never had a long stretch of time where he didn’t see District Court.

“I’ve been actually assigned to and been a part of all seven counties district courts, both as an ADA and a private attorney.”

Moore said that one key job of a district court judge is to review search warrants, which requires being flexible.

“That can happen in the middle of the night. Some judges will actually have officers come to their homes,” he said, adding that he’d have no problem with that. “What they can do is have a great effect on whether or not evidence collected in those cases is done pursuant to a valid search warrant.”

“I was certainly prepared for people to question whether I had done it for purely political reasons for election type reasons or not,” he said. “I can tell you that I have attended events and gatherings in every county in the district, some more than once already. I have received a very warm reception from every gathering I have been to. Only a couple times have I been questioned about my politics.”

Moore said he feels like he’s been more of a “conservative” type of person.

“I’ve realized over the last three election cycles that I was openly supporting and campaigning for even Republican candidates for judges,” he said. “I also earlier this year was extremely happy with something that Mark Meadows had done specially for my son, which is he supported him in getting a scholarship for a year’s study abroad, all expenses paid. Besides that helping me economically because I don’t have to pay the years tuition and board, he did that regardless of what politics I was at that time.”

Rich Cassady, 51, moved up to Macon County in 2006 after Hurricane Katrina wreaked havoc on the gulf.

“We were the only family on the block that didn’t lose its roof,” he said.

Before moving to Mississippi to attend law school at Ole Miss, Cassady grew up in Columbus Ohio, where he said his father moved to flee Kentucky coal country.

“It’s a lot like Loretta Lynn’s Coal Miner’s Daughter: coal mining, moon shining or moving on down the line,” he said.

Cassady, a Navy veteran, got his first job in 2001 clerking for R.I. Prichard III, a prominent Mississippi judge. He said that job, as well as one clerking for another judge, Mike Eubanks, were invaluable in helping him become a good scholar of the law.

“It was amazing the in-depth study I had to do in that job,” he said. “It was the best training ground I could get. It’s a shame our judges here don’t have law clerks.”

Between his time clerking and moving to Macon County, Cassady worked for a couple firms in Mississippi. Cassady said that, because he’s a naturally good writer, he spent much of his time doing appellate work, but that his most rewarding experience in the Magnolia State was helping to fight against the rich exploiting poor folks in the immediate aftermath of Hurricane Katrina. That changed him forever.

“Standing next to somebody and keeping them from being homeless, I knew my time was done as an appellate lawyer was done,” he said.

After working for a few years as a partner in a firm out of Sylva, in Oct. 2010, Cassady opened his own office in Franklin, which allowed him to practice in both state and federal court.

He said that along with his experiences on higher-stakes cases, he also has spent his fair share of time in district court, including custody, DSS and juvenile cases. He said his breadth of experience, along with strong support from law enforcement, will help him to win the spot on the bench.

While many in Western North Carolina have spoken against judicial candidates running with a party affiliation, Cassady said he believes it’s helpful, considering so few people get to know the judicial candidates, meaning it at least gives them something to go off of.

He said he believes a judge’s most important duty is to ensure fairness, plain and simple.

“I’ve always been what I say I am,” he added, “I’ve always been a Republican. I always follow this Reagan-esque philosophy. We’re going to get business done, and that’s why people should vote for me. I’m not going to up there learning on the job.”