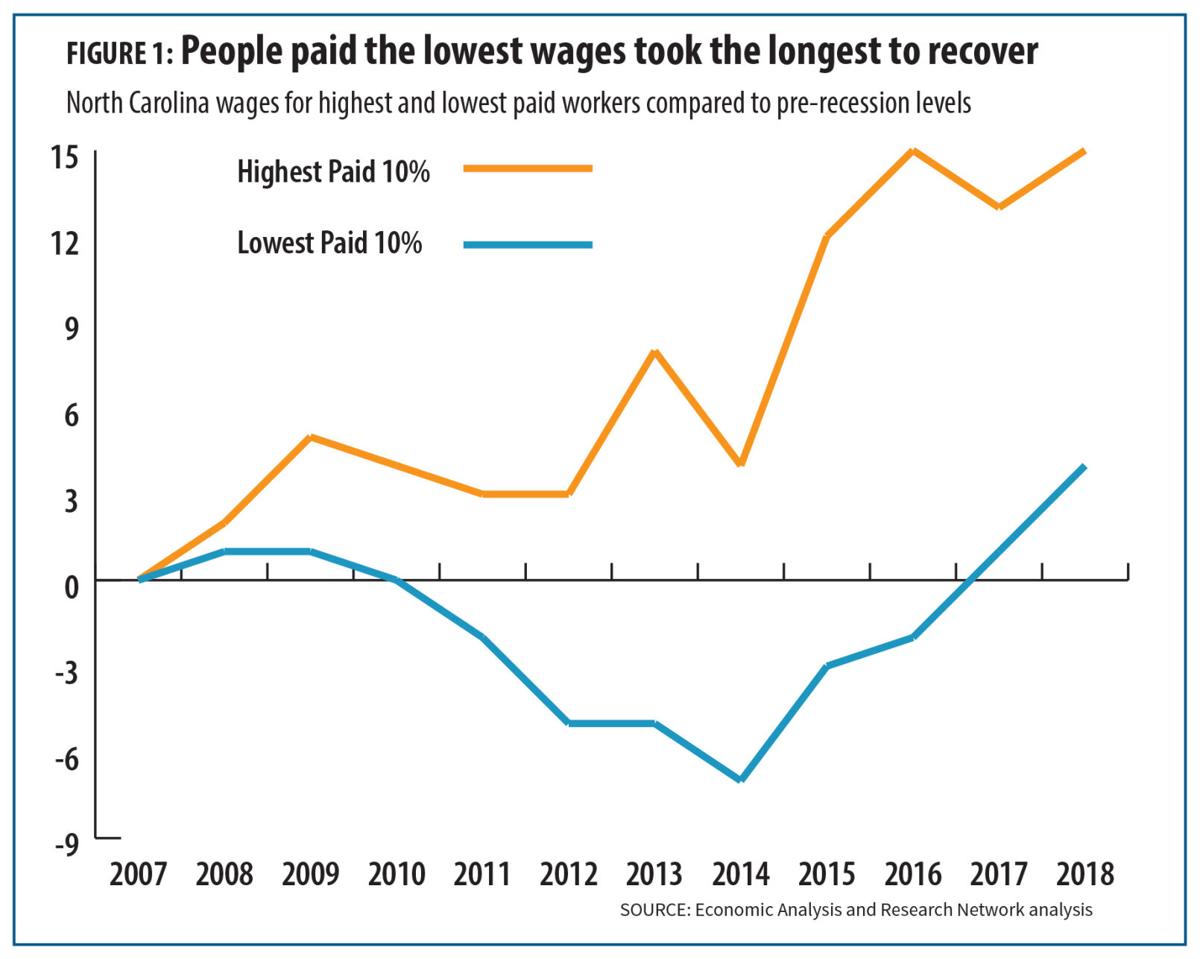 REBOUND DISCREPANCY — One in five jobs are still missing for those earning $27,000 and under. 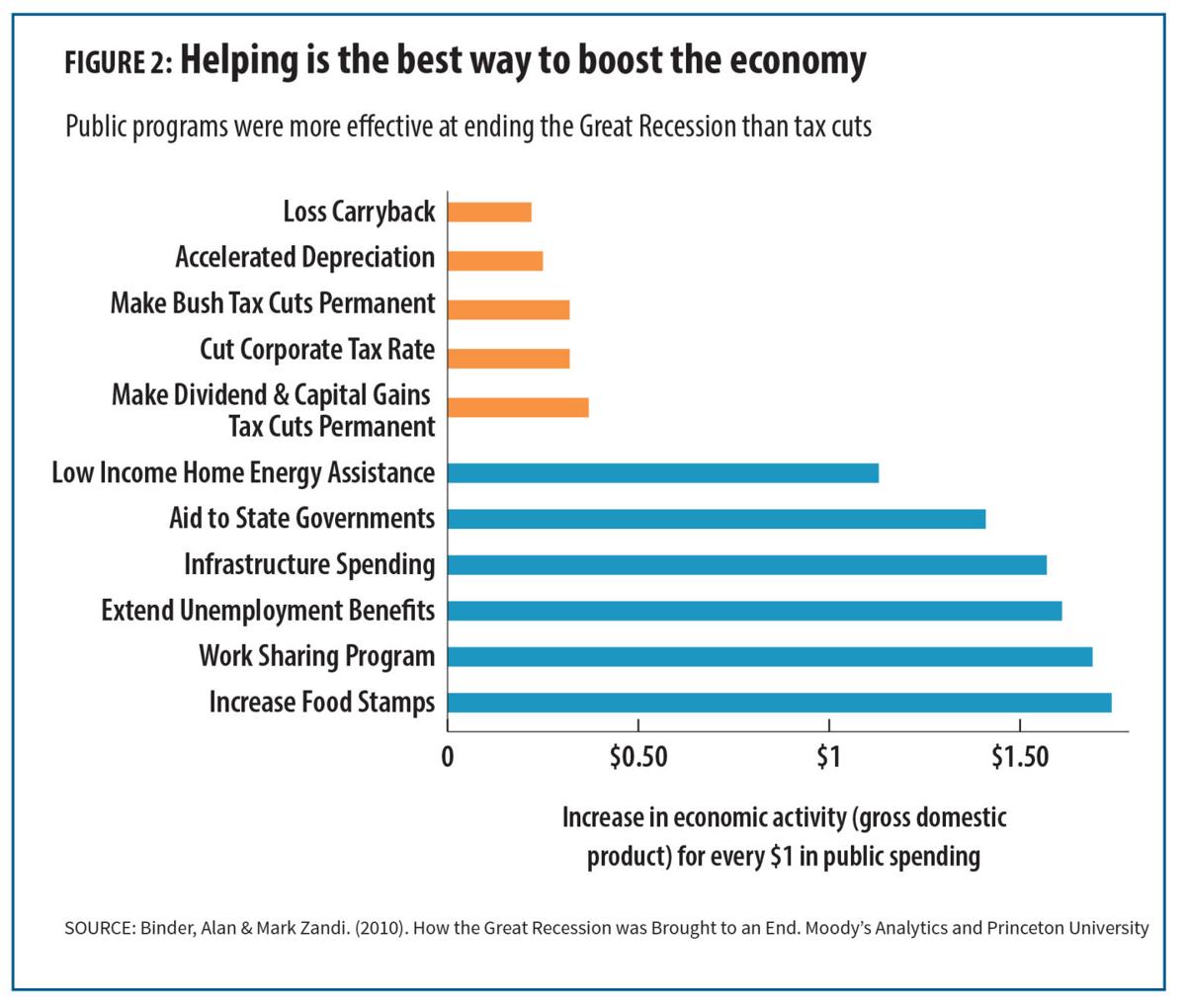 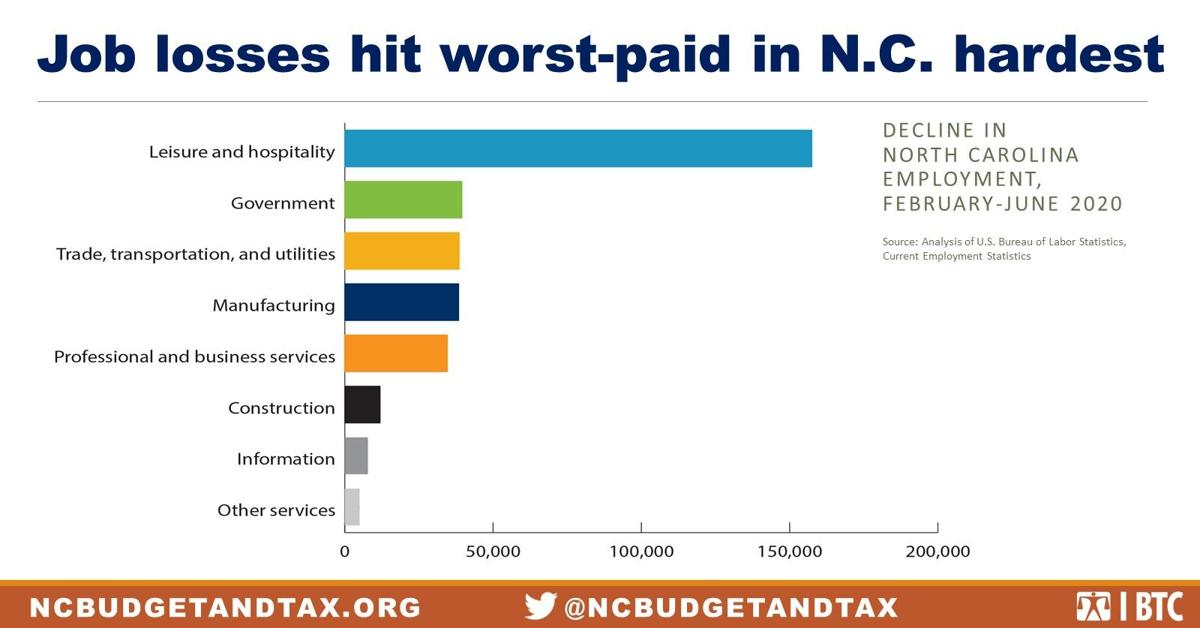 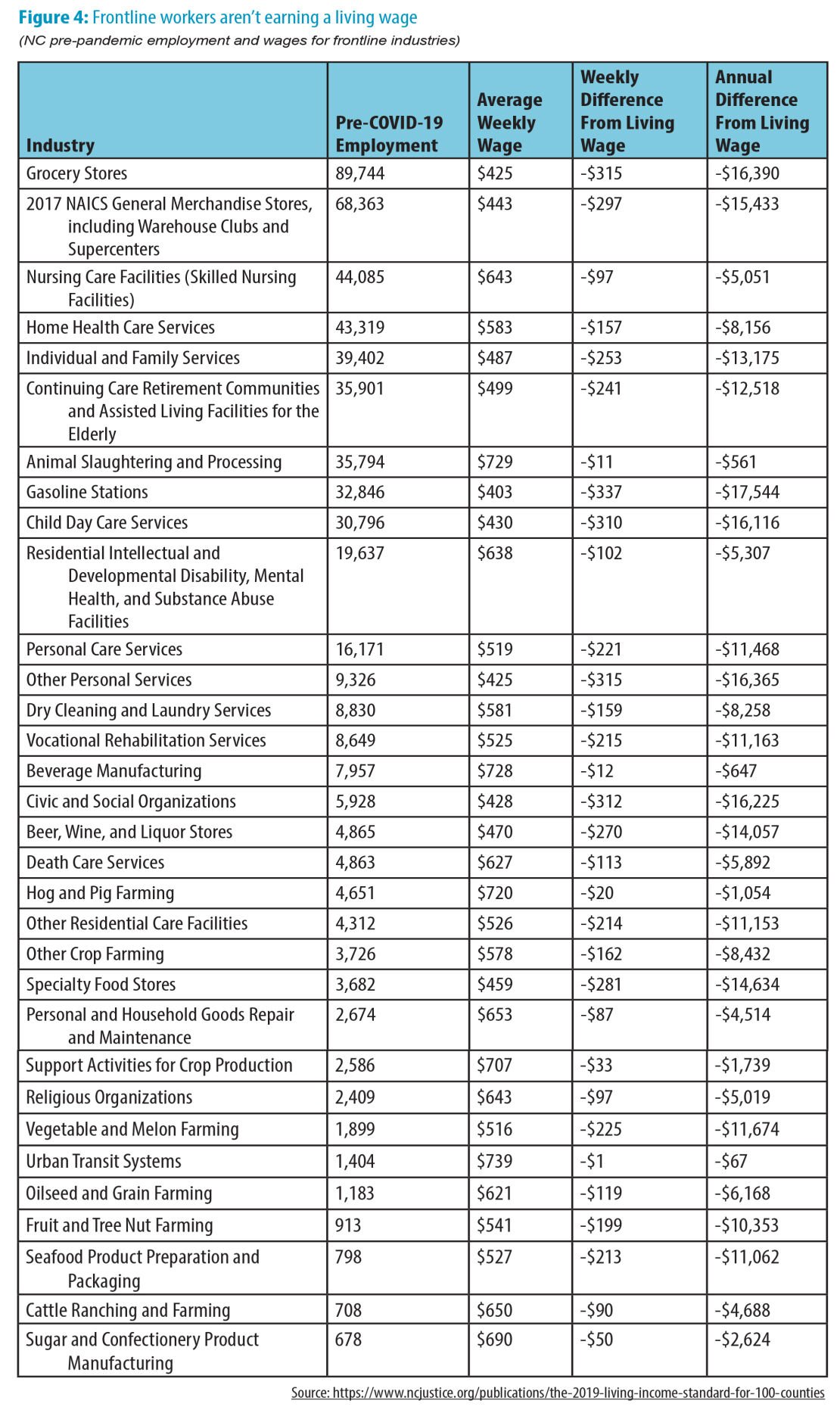 FAR FROM NORMAL — “Half of North Carolina counties never recovered jobs lost during (the Great Recession of 2008),” said Patrick McHugh, a senior researcher at the N.C. Budgt and Tax Center.

REBOUND DISCREPANCY — One in five jobs are still missing for those earning $27,000 and under.

FAR FROM NORMAL — “Half of North Carolina counties never recovered jobs lost during (the Great Recession of 2008),” said Patrick McHugh, a senior researcher at the N.C. Budgt and Tax Center.

Patrick McHugh, a senior researcher at the N.C. Budget and Tax Center, said the COVID recession revealed how incredibly vulnerable the state has left itself by building an economy to serve a very small number of people. The policies of the past decade

Before the COVID recession hit, the state — and nation — had emerged from the longest period of economic growth in American history.

“We started growing again in 2009, after the Great Recession that hit in January 2008,” McHugh said. “Since then we had more than a full decade of sustained economic expansion. During that time, wages barely budget at the bottom levels of the economy, but were up substantially for higher wage earners.”

When the economy tanked again starting in March 2020, it underscored the harm caused by the pre-existing economic conditions as North Carolina headed into the recession.

“If you care about rural economies, you can’t but look at the post Great Recession recovery as an abject failure,” McHugh said. “Half of North Carolina counties never recovered jobs lost during that recession. Almost 60 counties have fewer jobs today than before the Great Recession. Huge swaths of rural North Carolina never got back to where they were. Statewide, things look OK, but the aggregate numbers don’t reflect the reality many lived through and are living in.”

That reality includes families barely a paycheck away from real trouble when the COVID recession came in.

“What’s happening now is even worse than the Great Recession,” he said, noting the most recent economic setback eerily targeted the low-income, women and people of color.

Those with white-collar jobs — ones with an income of $60,000 and above — were beyond the recession within a month or two, McHugh said, but one in five jobs are still missing for those who were earning $27,000 and under.

“If we look by industry, there are more white collar jobs today than before the COVID recession, and industries that tend to pay the worst wages are where job losses happened,” he said. “The leisure and hospitality industry is still down.”

McHugh said the recession of 2008 fueled by a collapse of the housing industry illustrated the best path toward economic recovery was to put money directly into the pockets of the people who need it most.

The federal government’s efforts to address the COVID recession used that approach, but were stymied at the state level where there is still $4 billion of federal funds that could have been used but aren’t because state legislators haven’t dispersed them.

“Another lesson we learned during the Great Recession is that we stopped stimulating the economy far too soon,” McHugh said. “We stopped the downward spiral but it took years to get anywhere close to pre-Great Recession numbers. A lot of economists will say if the federal government had continued with a stimulus package, it would have sped up recovery. It’s a lesson that has not yet been heeded by North Carolina legislators. They are sitting on funds that could be put out the door to help families and speed recovery.”

Beyond the crisis response needed, the state needs to address the problem areas that have long existed in the state, McHugh said.

“We have systematically underinvested in public health infrastructure in the state,” he said. “It’s presented huge challenges in getting vaccines. The same with childcare. A lot of centers closed, meaning women who would like to go back to work can’t because they can’t afford or find childcare. Another area where we have underinvested is providing the infrastructure necessary to help people become gainfully employed.”

A third area that’s held the state back, especially during the COVID recession, is the digital divide, something that could have been fixed years ago, McHugh said.

“We knew how important it was, and now we don’t have the infrastructure for people to work remotely, use tele-health or seek workforce training,” he said. “This infrastructure can’t be built over night. If we had been investing in a real way to make sure broadband was affordable to all in North Carolina, just like electricity, people would have been much better prepared to deal with a crisis like this.”

When — and how — will the region recover?

It has been almost a year since the nation — and North Carolina — entered what economists call the COVID recession.