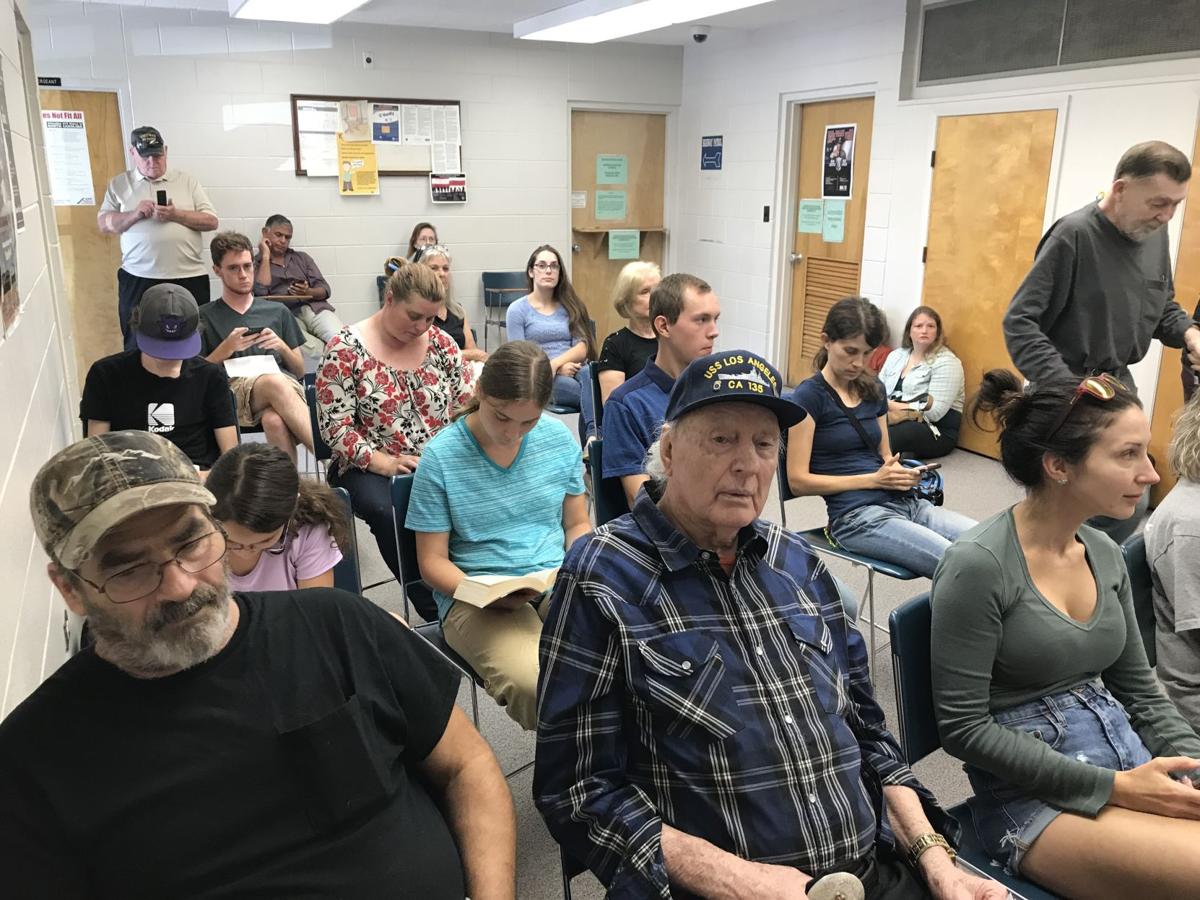 HANDS OFF — Some drivers at the DMV last week stay busy on their phones while waiting for their number to be called. Tennessee has passed a law against hand-held phone use behind the wheel, but similar bills have failed to gain traction in N.C. 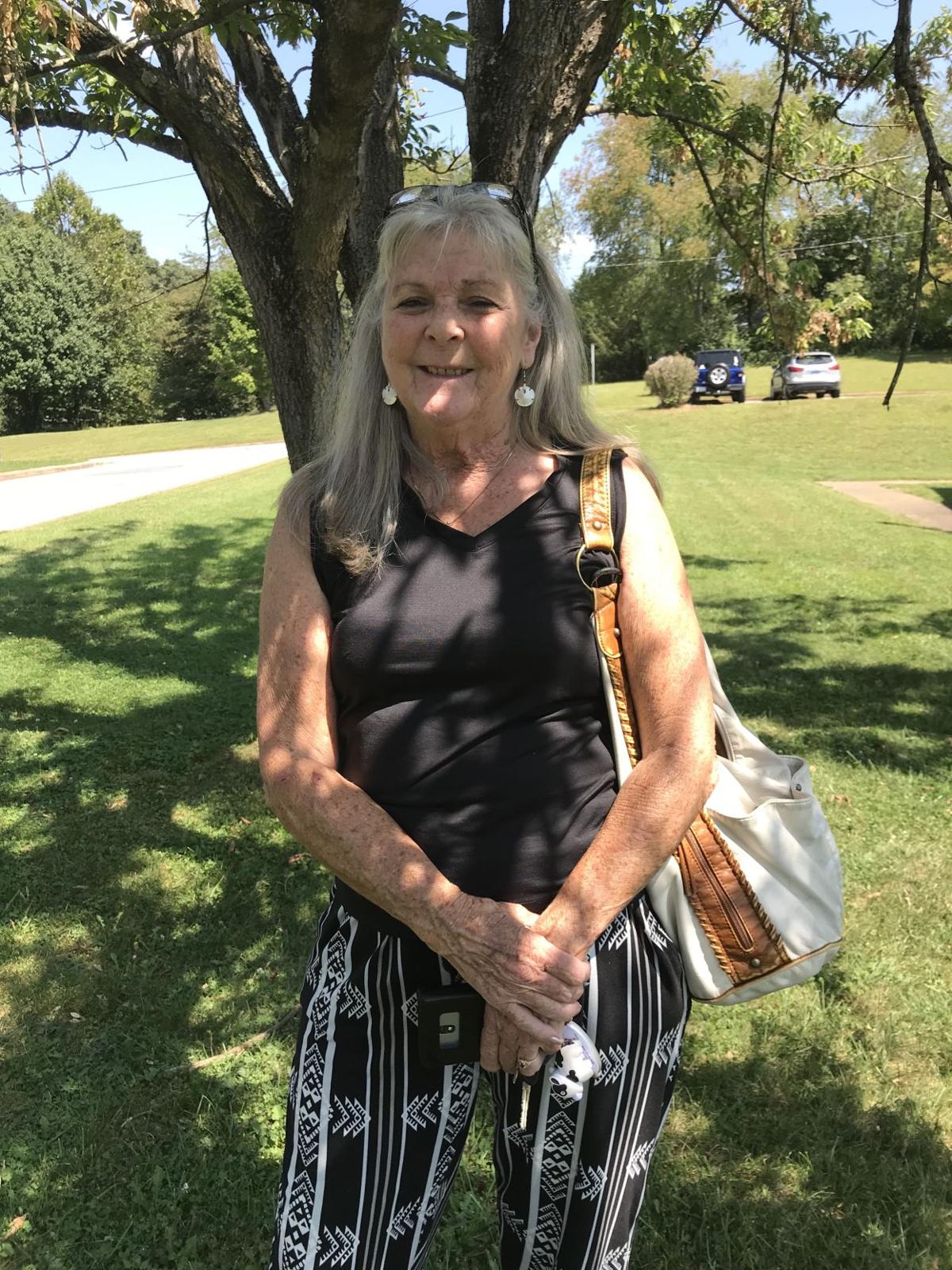 BAN IT — Patty Chappell, with her phone and keys in hand at the DMV in Clyde last week, said it’s time N.C. lawmakers join the 17 states that have banned hand-held phone use while driving. 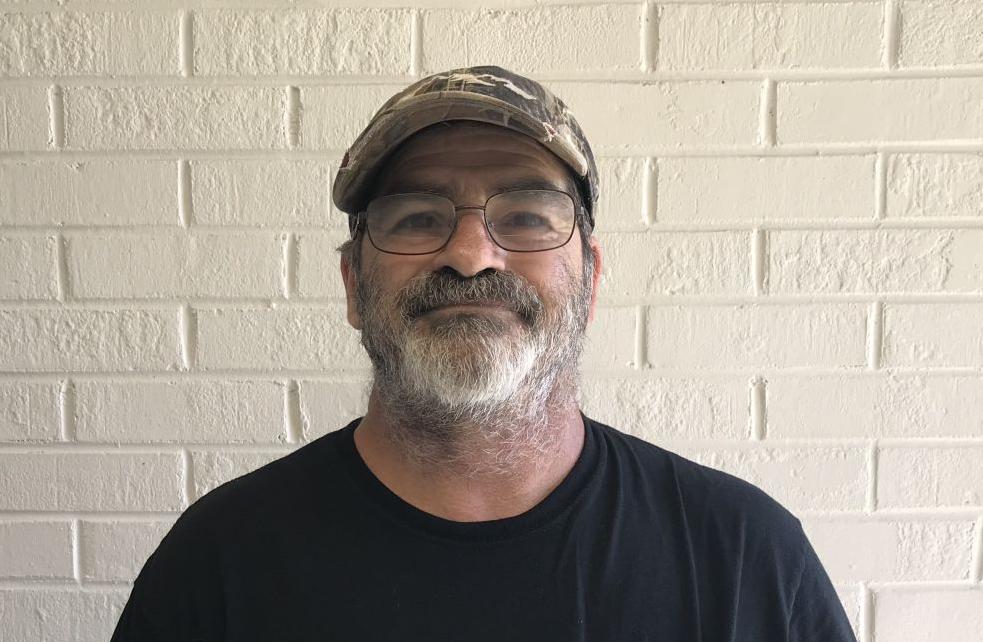 FED UP — Tom Arnold, a retired long-haul trucker, said phone use behind the wheel is the bane of the highway.

HANDS OFF — Some drivers at the DMV last week stay busy on their phones while waiting for their number to be called. Tennessee has passed a law against hand-held phone use behind the wheel, but similar bills have failed to gain traction in N.C.

BAN IT — Patty Chappell, with her phone and keys in hand at the DMV in Clyde last week, said it’s time N.C. lawmakers join the 17 states that have banned hand-held phone use while driving.

FED UP — Tom Arnold, a retired long-haul trucker, said phone use behind the wheel is the bane of the highway.

Put down your phone while driving next time you cross the stateline.

A new law went into effect in Tennessee in July that makes it illegal to have a phone in your hand — no talking, texting, playing music or even using a maps app. Hands-free is fine, but not if you touch your phone in the process.

In North Carolina, five bills addressing cell phone use behind the wheel have been introduced in the General Assembly since 2011, but none have made it to the floor for a vote. Some drivers think it’s time law makers acted.

A long-haul trucker for over three decades, Arnold had a bird’s eye view of the rise of cell phones on the road.

“It slowly started with people talking on their phone, then it went to texting and that’s the worst. You aren’t paying attention to nothing but that cell phone,” Arnold said.

Simply talking on their phone is bad enough, he said.

In North Carolina, it’s illegal for drivers under 18 to talk while holding their phone. It’s also illegal to text while driving. But enforcement is tough, since it’s impossible to tell whether a driver with a phone in their hand is texting versus dialing a number, checking directions or surfing music — which are all legal.

James Hutchinson, a retired Canton mill worker, wishes North Carolina would join the 17 states who have banned hand-held cell phone use behind the wheel.

“So many young kids are all over the road,” said Hutchinson, who was the local labor union president during the 1990s. “We are destroying ourselves in this country by doing stupid things. Stupid things.”

His wife, Jeanette, said she almost got in a wreck once while using a phone on the road and changed her ways.

“It was an eye-opener. It don’t take but a second to get distracted,” Jeanette said. “If you need to make a phone call, I think you need to pull off to the side of the road and make it.”

A bill similar to the one that passed in Tennessee was introduced in the General Assembly this year — the Hands Free NC Act — but failed to make it out of committee. It was the fifth such bill introduced since 2011, but all have failed to get a vote. The latest bill was sponsored by a mountain Republican, N.C. Rep. Kevin Corbin of Franklin, an insurance agent by trade. The insurance industry was a chief proponent of the bill.

More than 80 percent of voters supported passage of the Hands Free Act, according to a poll of 660 people conducted by Meredith College in Raleigh earlier this year,

But there’s often a disconnect between what people know is right and what they do in practice.

“I’m going to admit that I have texted if there’s not much traffic around and there’s not anybody coming,” said Patty Chappell. Chappell whole-heartedly supports a hands-free law, however.

At stop lights, it’s common to look around and see fellow drivers buried in their phones, frantically trying to finish a text as they pull away.“If you’re at a stop light, and you’re half-way through your text and it turns green, you’re going to finish that text,” Chappell said.

A wholesale ban isn’t necessarily a cure-all, however.

Tom Knight, who recently moved here from California where there’s a law against using phones while driving, said it wasn’t enough to overcome people’s addiction to their phones.

“There’s a lot of cheating,” Knight said. “It is one of those laws where not many people obey it. I’m not sure that’s a good idea to have laws that people routinely don’t obey. It’s really hard to know how to enforce it.”

Supporters of the Hands Free Act that died in General Assembly this year plan to reintroduce it next year. But for now, it’s open season unless you cross the stateline into Tennessee.

Serina Sharpe, who’s father lives in Tennessee, said he hadn’t warned her about the law yet.

“He probably hasn’t heard about it to be honest,” Sharpe said.

Like so many drivers, Sharpe agrees it isn’t ideal to use a phone while driving, but does it anyway. Part of the millennial generation, Sharpe feels like she can multitask when it comes to using her phone.

“They way I look at it, if you can drive and still function enough to be on your phone, then I think there should be an exception. Sometimes you need to be able to get on your phone, especially if you’re in the car for a long time,” she said. “I don’t think it should be a law.”

Those who have newer vehicles with built-in Bluetooth can sync their phones and use voice commands without running afoul of cell phone laws while driving. But that won’t help Sharpe next time she goes to visit her dad.