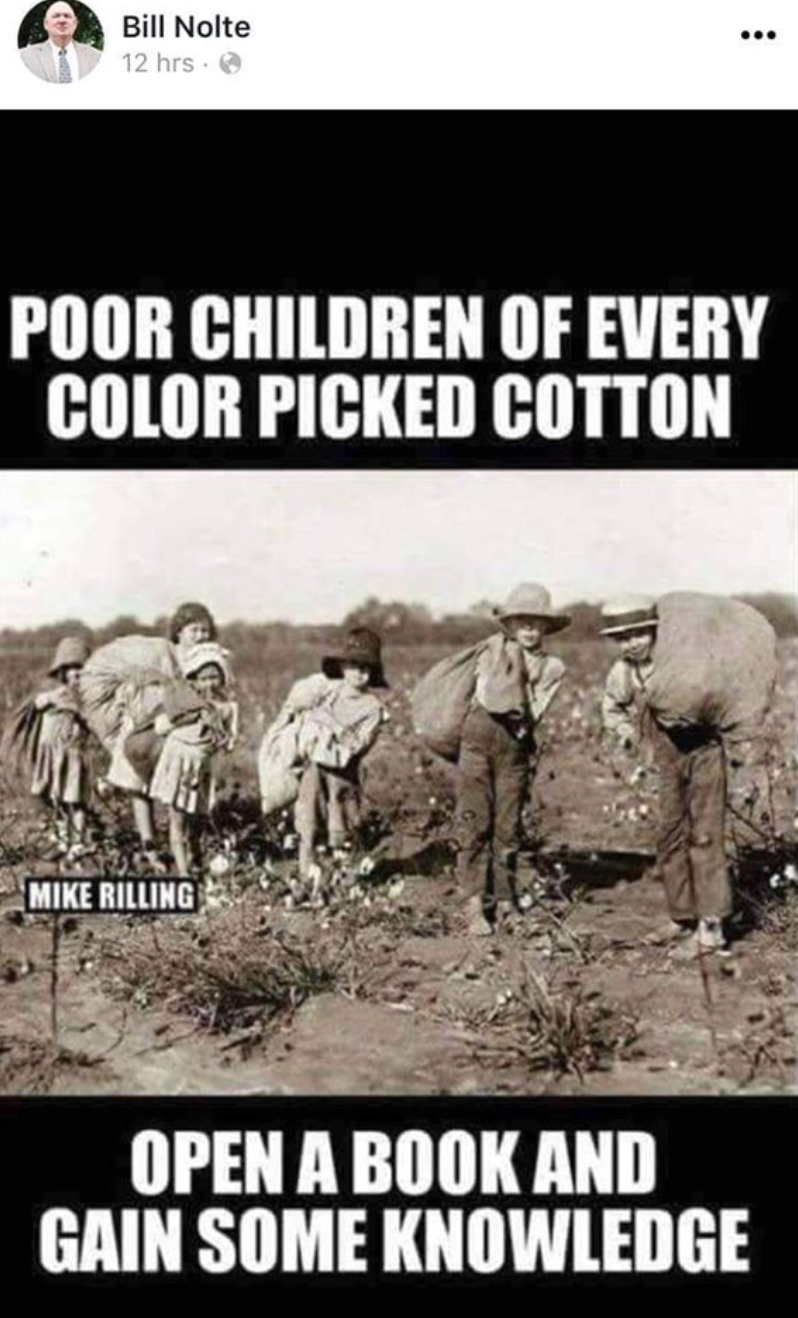 UNDER FIRE — Haywood County Schools Superintendent Bill Nolte is under fire after posting this meme Friday, which lacked any context. The post was deleted Saturday, but not before sparking a public backlash. 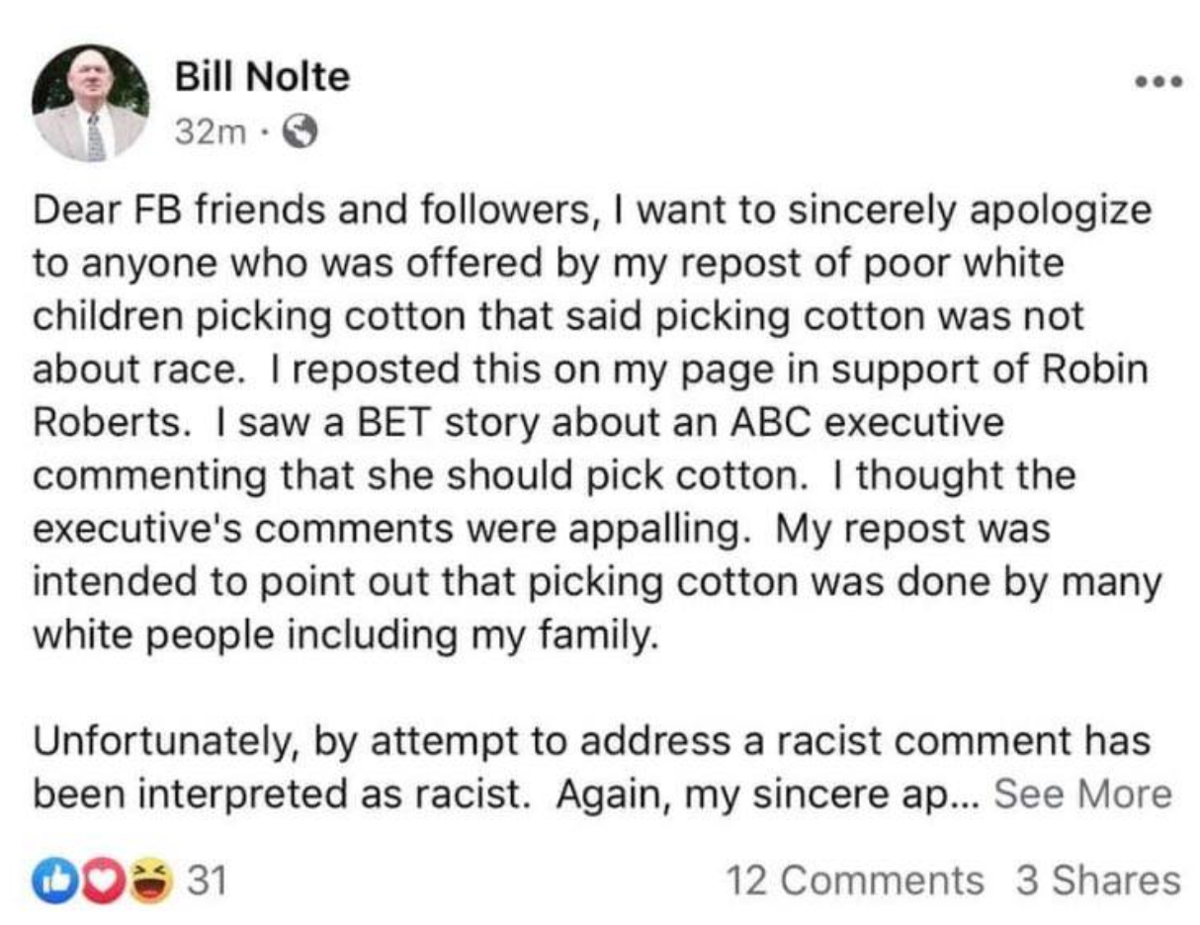 AN APOLOGY — Superintendent Bill Nolte posted an apology on Facebook Saturday for a previous post perceived as racially insensitive. 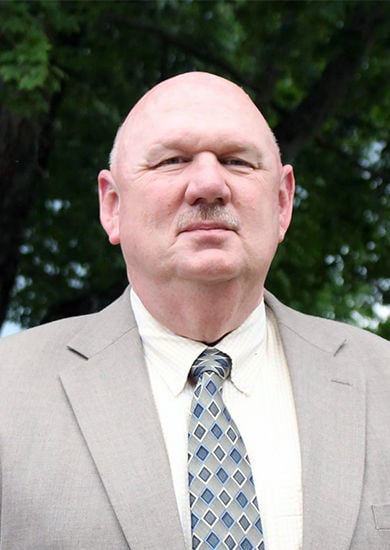 UNDER FIRE — Haywood County Schools Superintendent Bill Nolte is under fire after posting this meme Friday, which lacked any context. The post was deleted Saturday, but not before sparking a public backlash.

AN APOLOGY — Superintendent Bill Nolte posted an apology on Facebook Saturday for a previous post perceived as racially insensitive.

Haywood County Schools Superintendent Bill Nolte said a meme he posted Friday night was meant to be supportive but was misconstrued as racially insensitive.

The post, a black and white photo, depicts several young children holding what are presumed to be sacks of cotton, and the text on it reads “poor children of every color picked cotton, open a book and gain some knowledge.” When explaining the impetus behind the post, Nolte said he was responding to a June 14 BET.com article that discussed how an ABC executive was placed on administrative leave after saying during contract negotiations with Good Morning America’s Robin Roberts that “it wasn’t as if ABC was asking Roberts to ‘pick cotton.’”

“According to BET, Black Entertainment Television, they had a post up that an ABC exec had said something about Robin Roberts and picking cotton which I thought was appalling,” Nolte said. “Having grown up on the Tennessee-Alabama line where lots of people picked cotton, and the ones I knew were white and family members, I saw that post and I thought, 'Well, I’ll just post that because it was an inappropriate comment.' Cotton, if you know anything about it, it’s not about race. A lot of people I knew did it, including family members, so I thought I was supporting Robin Roberts.”

Nolte said he realizes that there are people on social media who have expressed their disapproval with the post, which included no caption or context and was deleted Saturday.

“From a personal perspective, I am very, very sorry and apologize to anyone I offended,” he said. “I have spent the greater part of my adult life trying to be nice … I’ve gone out of my way to speak to and befriend people who were disadvantaged for any reason, whether race, income or handicapped.”

“My first college roommate was a man named Mark Curtis who was a black man, and we were dear friends,” he added. “We have lots of friends who are black.”

Nolte said it bothers him that what he said was taken out of context. When asked whether he understood the difference between poor, white people who picked cotton and enslaved Black people who were forced to do so without pay, Nolte said “I understand they may have been made to pick cotton.”

Nolte recalled last year, when Haywood County Schools implemented training along with the NAACP to enhance race relations between teachers and the community.

“I’m very sorry my attempt to be supportive backfired,” he said. “I’m sure people were hurt by my comment. I was trying to support Robin Roberts, and I hope people will accept that and accept my apology, because I have very little interest in making that race divide even wider.”