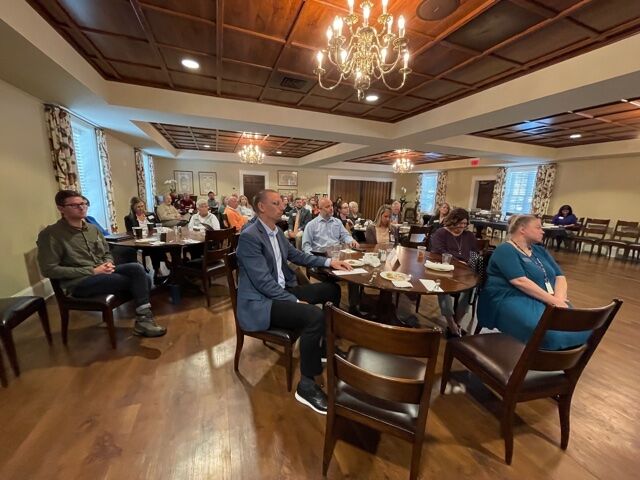 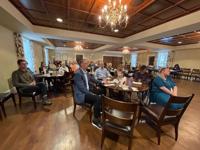 DISCUSSING THE ECONOMY — About 40 attended a recent luncheon to learn how North Carolina is rebounding after COVID. 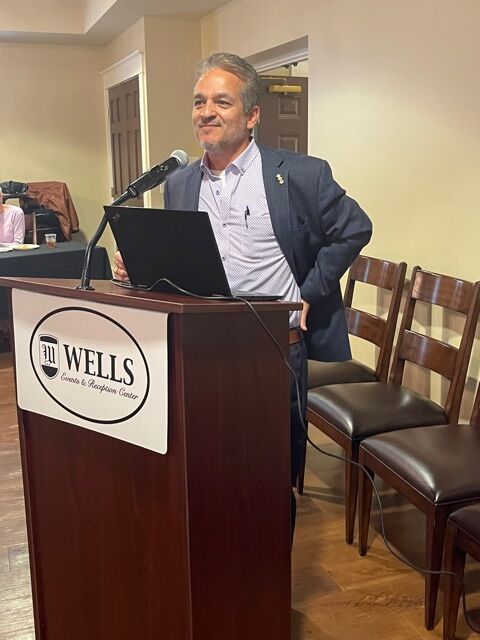 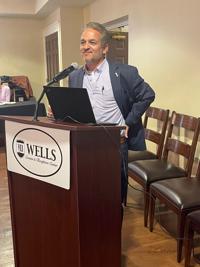 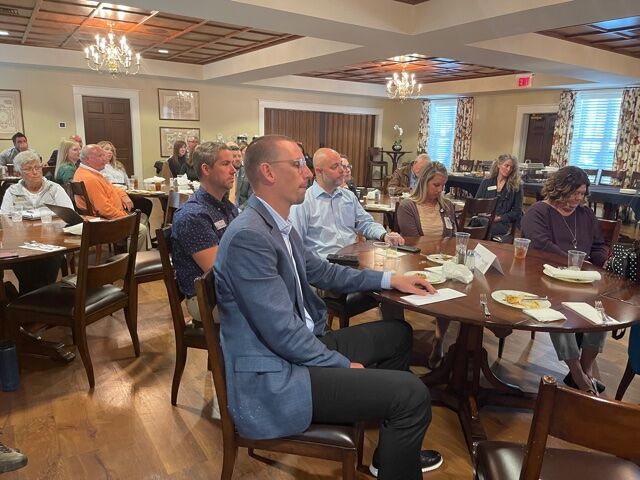 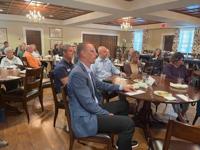 DISCUSSING THE ECONOMY — About 40 attended a recent luncheon to learn how North Carolina is rebounding after COVID.

The North Carolina economic outlook was the topic of a recent luncheon hosted by the Haywood County Chamber of Commerce.

Edward J. Lopez, a professor of economics and director of the Center for the Study of Free Enterprise, presented highlights of a March 2021 study evaluating the state’s prospects for a COVID-19 economy recovery, contrasting top- down and bottom-up approaches to the challenge.

“Coming into the Great Recession of 2008-09, North Carolina was relatively unprepared with few emergency funds,” Lopez said. “The state had to borrow at high premiums to cover unemployment insurance and there were other issues that caused problems because the state was not as fiscally prepared. Pre-COVID, North Carolina had the 13th best fiscal health in the nation that allowed it to absorb the gigantic shock.”

State reserves were built up over time through fiscal restraint, a growing economy, and a gradual strategy to phase-in corporate and income tax rate reductions, Lopez said.

That provided a financial cushion which, along with measures that eased the regulatory environment, offers hope for a quicker recovery, Lopez said. While the state’s economy has not fully bound back, it is “almost level,” he said.

He contrasted two approaches to the challenge. One involves top-down investment in infrastructure improvements, grants to communities and creating affordable housing. While very important, none serve as engines of growth, he said.

The other approach, one that’s often overlooked, he said, is bottom-up strategy that facilitates economic freedom by removing “guardrails” on economic activities. These guardrails are often aimed at protecting the public interest and safety, he said.

In making decisions for the state, lawmakers must weigh the two factors.

“Let’s be real about it,” he said, referencing the economic limitations imposed under the N.C. Governor’s emergency orders during COVID. “We’ve learned blanket restrictions might not be most efficacious way to keep people safe.”

The presentation sparked plenty of questions about who decides what is in the public interest and what sorts of guardrails might be removed.

The only specific Lopez mentioned during the session was the state’s efforts to reduce some of the licensing qualifications for certain occupations.

To the question about labor shortages, Lopez said there have been major shifts in the type of the work people are willing to do and under what conditions. On the employer side, the question is whether to offer employees flexibility, including working from home.

“Those two factors are in the process of rebalancing, “ he said, noting a the leveling trend will also depend on the extent to which regulators provide subsidies for not working, especially when metrics suggest it is not necessarily needed.