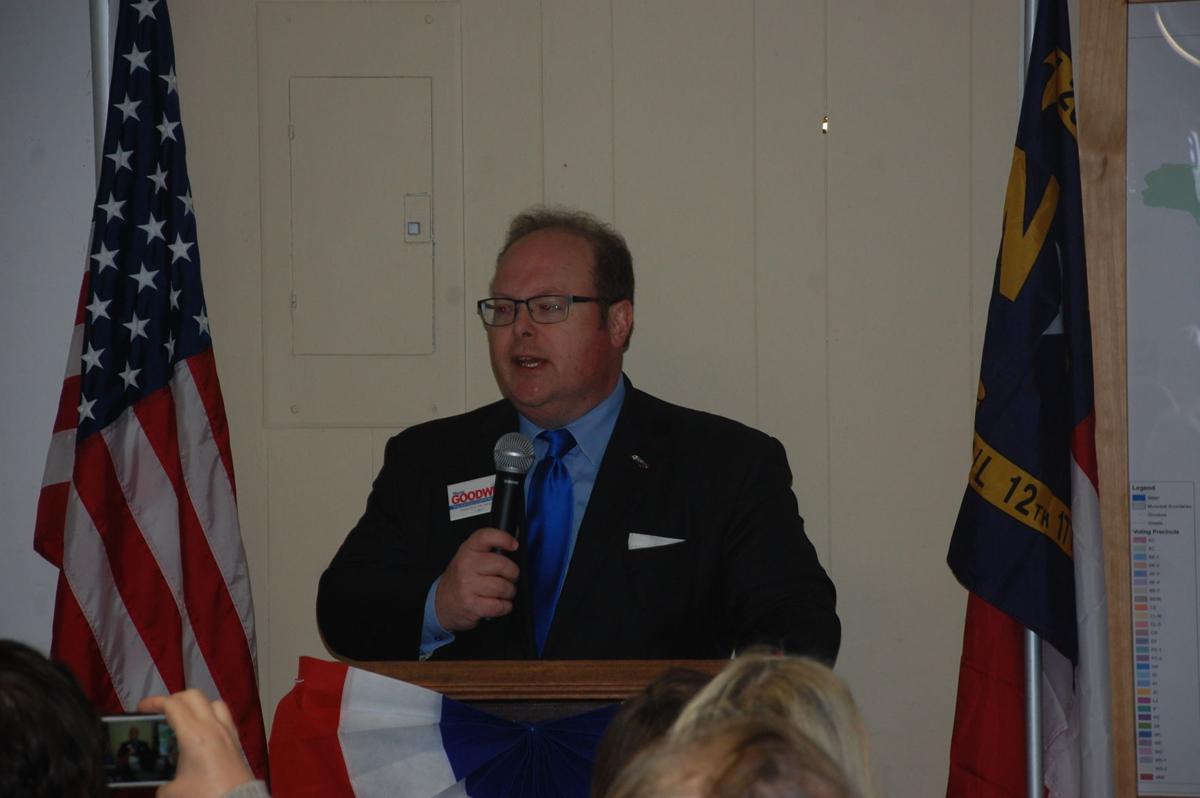 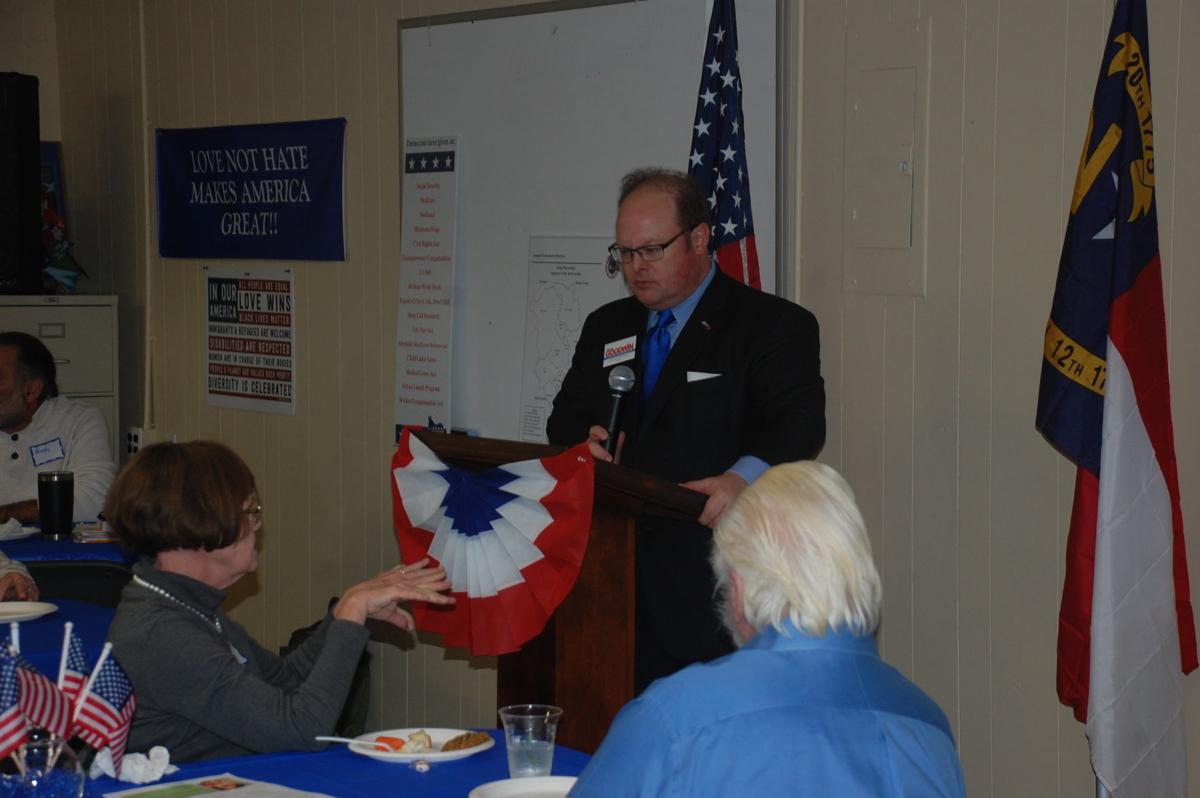 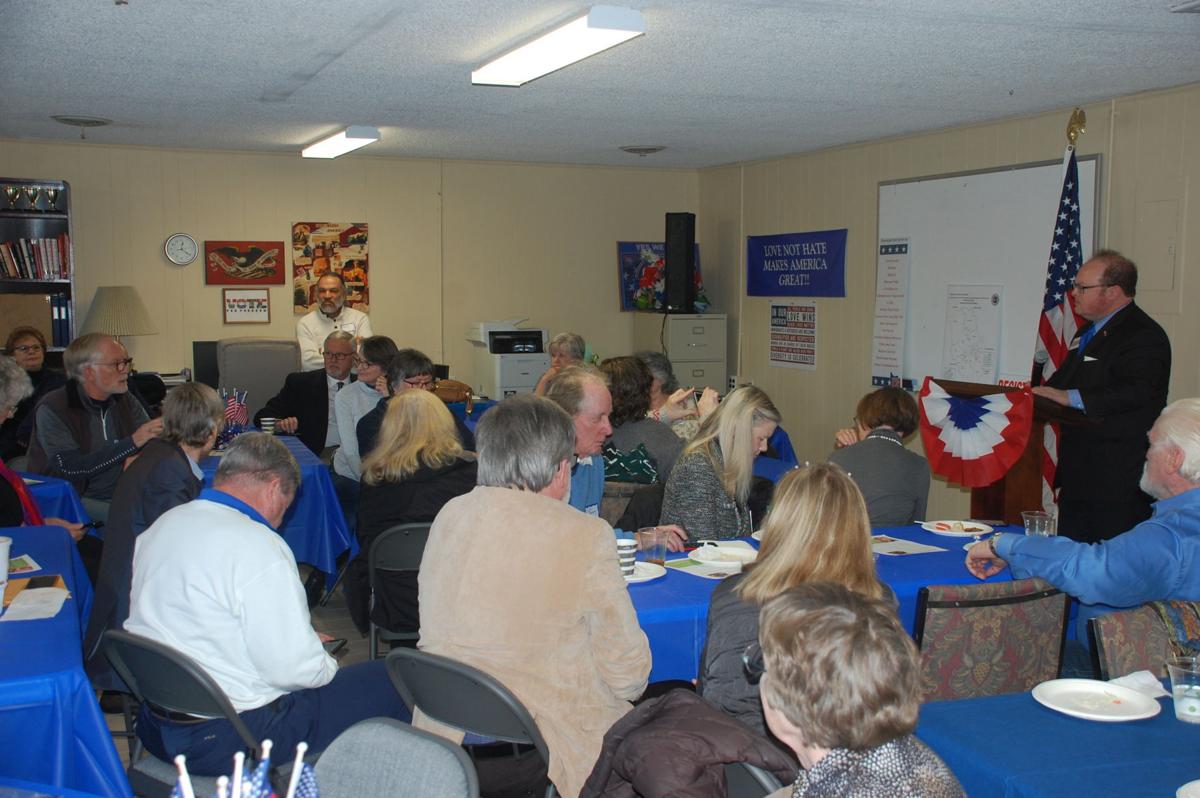 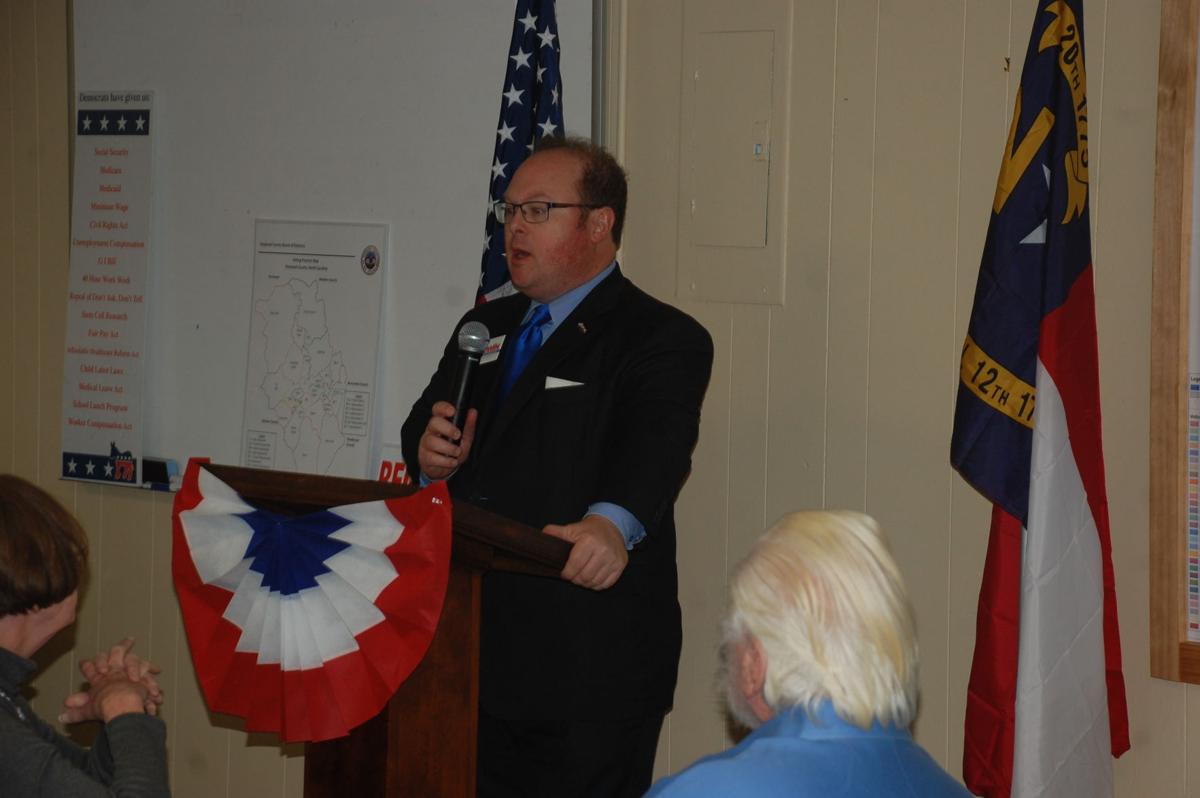 The visit, which was part of his “Rural North Carolina Listening Tour,” gave local Democrats the chance to have a dialogue with Goodwin while also receiving some specific talking points from the state level.

Goodwin, who hails from Richmond County, a rural area between Charlotte and Fayetteville, began by offering some words to the full house of eager party loyalists. He explained the point of reaching out specifically to rural communities.

“A paramount goal of mine has been to make sure we reach out to every North Carolinian … I know that it is imperative that if we are to be victorious in 2020 and in any election year that we must reach out to every voter,” he said, adding that he believes Democrats truly understand what North Carolina and its voters really value.

A common talking point among Republicans is the soaring stock market and low unemployment numbers. However, Goodwin pointed out that the great numbers should be taken with a grain of salt, considering the stagnant wages.

“If you are low income or middle income or having to work two or three jobs, the stock market being at record levels isn’t helping you at all,” he said.

After his brief speech, Goodwin took questions and comments from those in attendance. The overarching message was party unity.

“We want to make sure that after the primaries are over on March 3 … get behind every one of our nominees,” he said.

“I think we agree on the vast majority of things, and we should focus on that which unites us,” he added. “The other side, they like to tear things apart. And they know that if they pick at us and split us up and have us go at each other’s jugulars in primary elections, that doesn’t help our cause. It helps the other side’s cause.”

Many of the questions focused on how to deliver talking points and debate with the other side when met with opposition. For example, how to talk about gun control was asked about more than once.

“It’s more paramount than ever that you share the facts about what we believe in,” Goodwin said, adding that Republican tactics reach “Putin-esque and Stalin-esque” levels. “Counter the disinformation and misinformation.”

Goodwin highlighted the fact that it is imperative to be brief and simple when Democrats discuss what they believe in.

Goodwin wrapped things up by reminding everyone to get involved and referred them to the state party website for current platforms and recent resolutions.

Following the event, Goodwin spent a few minutes speaking with The Mountaineer. In that conversation, he reiterated the importance of speaking with rural Democrats.

“One reason is to show and to prove to rural North Carolina that the Democratic party is fighting for them,” he said. “It shows we are working for them with the legislation we’ve supported that Republicans have either refused to take up or vote in.”

Goodwin specifically mentioned access to rural broadband, infrastructure improvement, clean air, clean water, better investment in public schools and educator salaries. He also noted that as a “native son of rural North Carolina,” he knows every vote needs to be fought for, especially those in less populated regions, such as Western North Carolina.

In 2018, Democrats broke the Republican supermajority in the General Assembly by picking up extra seats. Goodwin said that enabled N.C. Gov. Roy Cooper to veto some crucial pieces of legislation knowing that veto likely wouldn’t be overridden.

He said he thinks Democrats can take an even bigger step forward in 2020 by flipping the house, which will ideally lead to an independent redistricting committee with the aim to end gerrymandering in the Tar Heel State.

This family fled Puerto Rico for fear of more earthquakes

NBA stars hit the streets of the City of Light