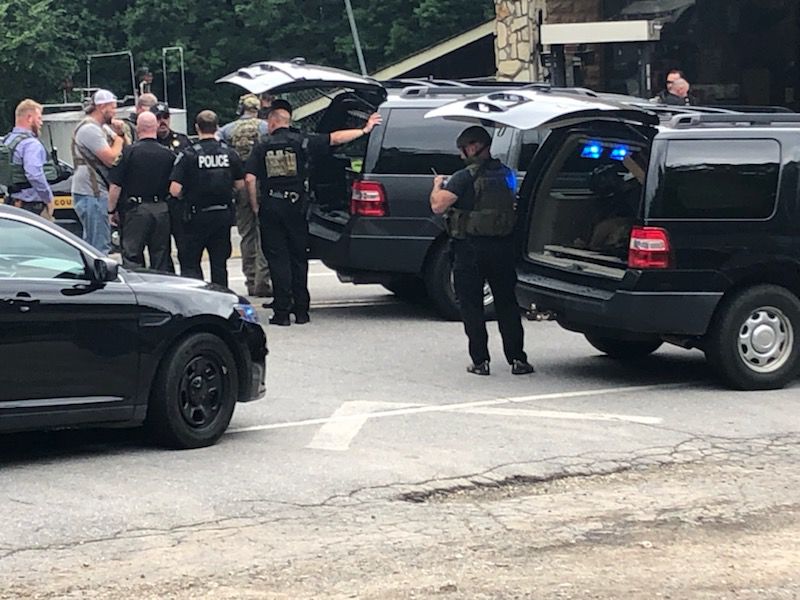 ON THE SCENE — About two dozen law enforcement officers were near Ferguson's Supply in Fines Creek Wednesday afternoon where an individual received a death threat and an armed suspect fled into a wooded area. 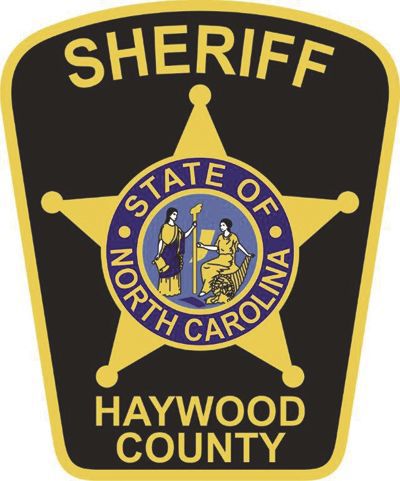 ON THE SCENE — About two dozen law enforcement officers were near Ferguson's Supply in Fines Creek Wednesday afternoon where an individual received a death threat and an armed suspect fled into a wooded area.

FINES CREEK — A man was apprehended after a four-hour ordeal Wednesday afternoon that drew more than a dozen law enforcement vehicles to an area near Ferguson's Supply in Fines Creek.

An official report is not yet available, but The Mountaineer's Kyle Perrotti was on the scene providing an eyewitness account as the standoff unfolded.

He left for Fines Creek after a scanner report indicated an armed man was being pursued by law enforcement. The suspect exited his vehicle and fled into the woods with a rifle.

It was later learned the man allegedly threatened another man's life and fired a shot.

At 2:56 p.m. Wednesday, 20 armed deputies dressed in tactical gear were stationed in the vicinity of Ferguson's Supply where the armed suspect was still at large.

A few minutes later, a male was apprehended, but he wasn't the armed suspect being sought. Perrotti said it was unclear why he was in custody, and reported three U.S. Marshals arrived on the scene.

It turns out the marshals had been in the area doing a probation check. When they saw what was unfolding, they offered to help, he added, with one marshal heading into the woods with a canine.

When he arrived Wednesday, Perrotti said about 14 law enforcement vehicles were on the scene, and the road toward Hot Springs was blocked to traffic.

At 4:45, law enforcement cleared the road barriers and traffic to Hot Springs has been restored.

By 6:40 that evening, the armed man being sought was taken into custody.