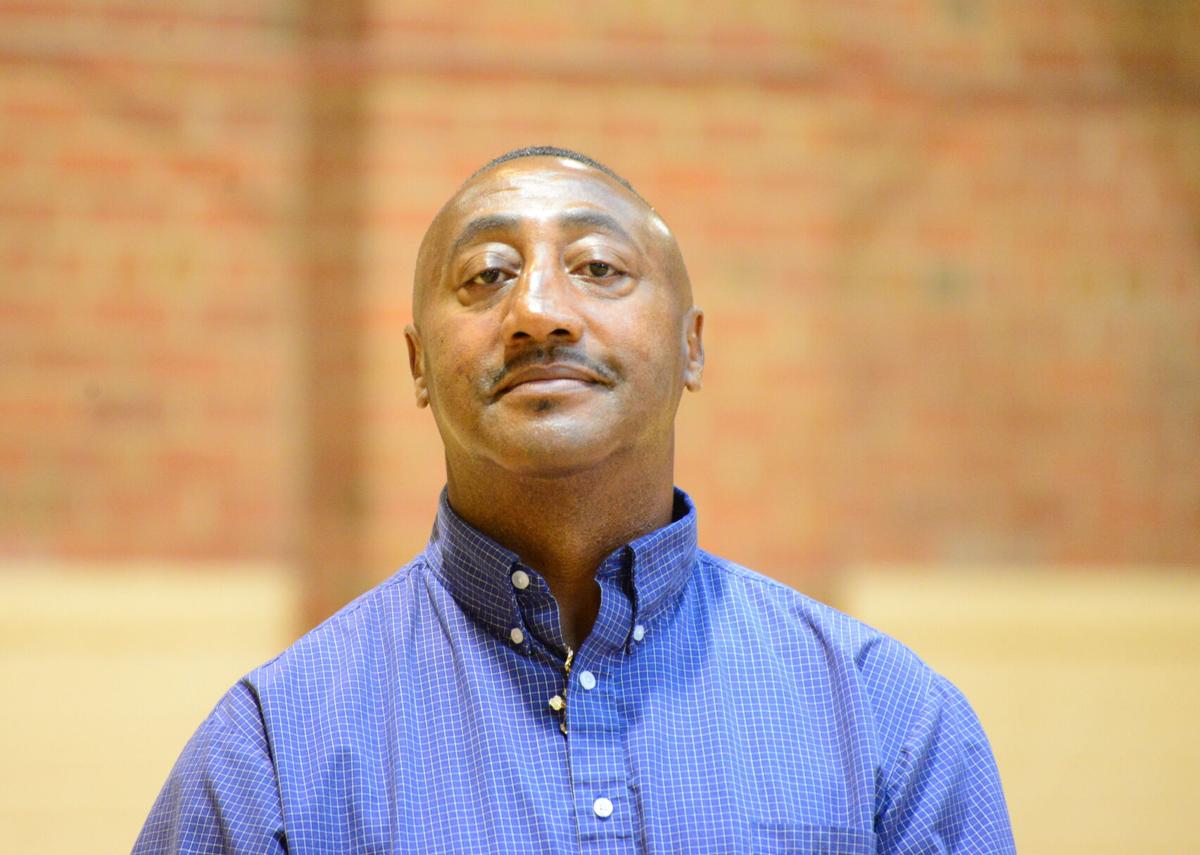 Daran McAdams, a sports all-star at Pisgah in his day, is stepping down from a school board run due to the technical experience required of the job in today’s times. 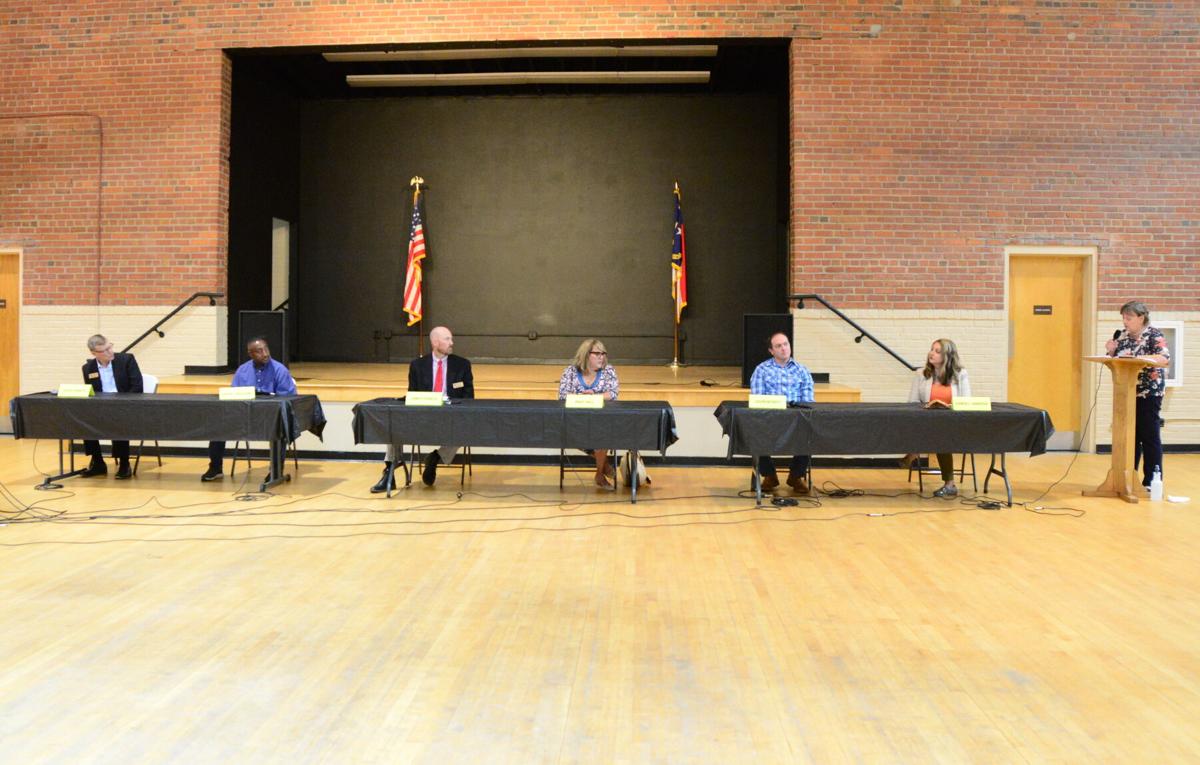 WATCH ONLINE — School board candidates answer surprise questions posed by Mountaineer Editor Vicki Hyatt at a candidate forum hosted by The Mountaineer at the Canton Armory last month. There was no audience, but the forum is online with complete election coverage of Haywood County races at the mountaineer.com/election2020.

Daran McAdams, a sports all-star at Pisgah in his day, is stepping down from a school board run due to the technical experience required of the job in today’s times.

WATCH ONLINE — School board candidates answer surprise questions posed by Mountaineer Editor Vicki Hyatt at a candidate forum hosted by The Mountaineer at the Canton Armory last month. There was no audience, but the forum is online with complete election coverage of Haywood County races at the mountaineer.com/election2020.

A challenger on the ballot for Haywood County School Board chairman has decided not to run after all and is endorsing his opponent instead.

However, McAdams believes the sitting school board chairman Chuck Francis is in a better position to lead the school system during the trying COVID times.

“I think Chuck is doing a good job, and he has the experience,” McAdams said. “I love the kids just as much as Chuck, but I feel like he would be better suited than me right now with everything going on.”

Francis has been on the school board for 20 years, with 16 of those as chairman.

McAdams’ biggest concern about serving is that he isn’t versed in computers or the internet. He doesn’t even do email. Technology already dominates education — even standardized tests are done on the computer now instead of the old-fashioned bubble sheets — but it’s gotten even more so during the COVID era of virtual learning, live streaming, Google Meets and the like.

“The kids are on the computer every day, and I don’t do that. I’m a dinosaur,” McAdams said.

Thinking about his lagging digital aptitude prompted McAdams to have second thoughts. Before deciding to drop out though, he first reached out to Francis to learn a little more about him as a person.

“We had a long talk. I think he is a good man,” McAdams said.

Francis also seemed supportive of tackling racial inclusion — one of the issues that had inspired the slate of African American candidates to step up and make their voice heard.

By the time McAdams decided he didn’t want to run after all, it was too late to have his name removed from the ballot.

Francis said he has nothing but respect for McAdams and appreciated his phone call back in the summer — one that included a conversation about race and that ended with McAdams deciding not to campaign against him.

“First of all, I was very flattered by his comments and secondly, I let him know that he has my phone number,” Francis said. “If something bothers him, rest assured I am going to be available for his comments.”

The sign-up period for school board candidates in July coincided with a public firestorm over a racially insensitive social media post by Superintendent Bill Nolte. Nolte was temporarily suspended from his daily duties to focus on a plan to improve racial inclusiveness across the school system.

Nolte apologized whole-heartedly and said he did not realize the overtones of the meme that he had shared.

Several members of the African American community expressed disappointment, however, that Nolte was not more harshly reprimanded.

“I think everybody needs to be accountable for what they say and do. That’s why people of color stepped forward,” McAdams said.

By the same token, McAdams said the incident brought to the surface long-festering feelings of both overt and unspoken racial bias that goes unchecked.

“Racism isn’t something you are born with. It is something you pick up. And you can get that out of your heart,” McAdams said. “I am praying it can change.”

McAdams said he is encouraging voters to support the other African American candidates on the ballot even though he is not actively pursuing the chairman seat.

“I am glad they stepped up,” he said.

McAdams was on the frontline of school integration in Haywood County and helped usher in acceptance for black students through his standout performance in sports.

“Anything that had a ball, I could do it,” said McAdams.

He played basketball and baseball, but was best known as the starting quarterback that led Pisgah to two state championships. From sixth grade to his senior year, McAdams only lost one football game.

McAdams was one of only six black students out of a graduating class of 400, yet he was voted Mr. Pisgahteer his senior year.

McAdams wonders if winning on the field made people see past his color. But he feels like things have somehow turned for the worse.

“This county has changed. I just want Haywood County to grow up to have a little love in their heart,” McAdams said.

McAdams said he was never a one-issue candidate, however.

“I want every kid in Haywood County, no matter who they are, what color they are, to get a quality education and encourage them to reach higher,” McAdams said.

Meet Chuck Francis: 20 years on the school board and counting

Haywood County School Board Chairman Chuck Francis is on track to become one of the longest serving school board chairmans in the county’s history.

I support Chuck Francis. My kids went though Haywood county Schools 20- 25 years ago, and I was PTO president at Central Elementary. I know about this system. Chuck is a man of integrity and genuine concern for the children. And for a candidate like Mr. McAdams to drop out for such honest, sincere and thoughtful reasons- well, I just wish more of our political figures had that much courage and decency!