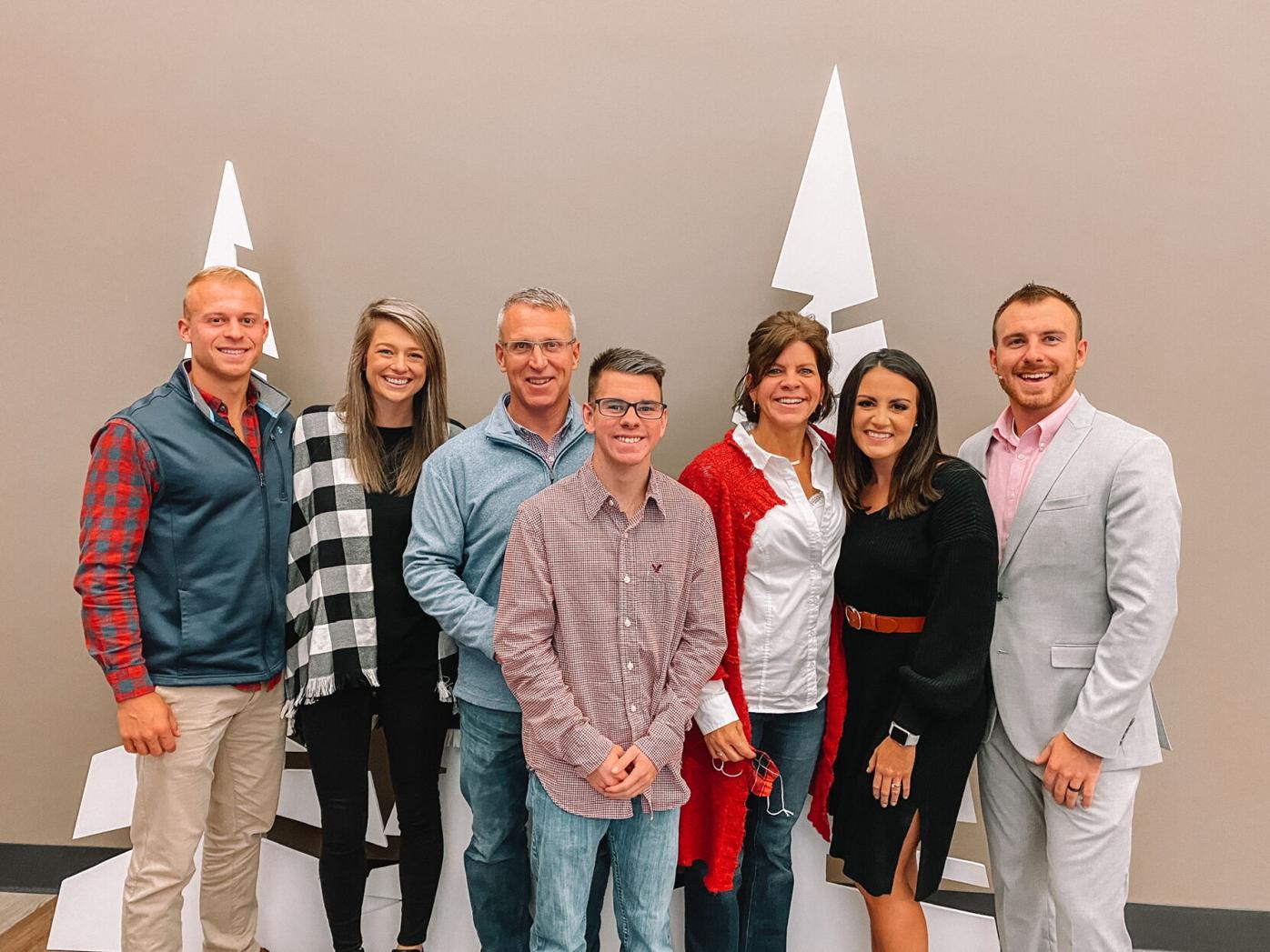 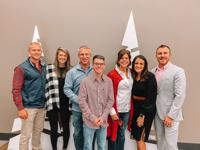 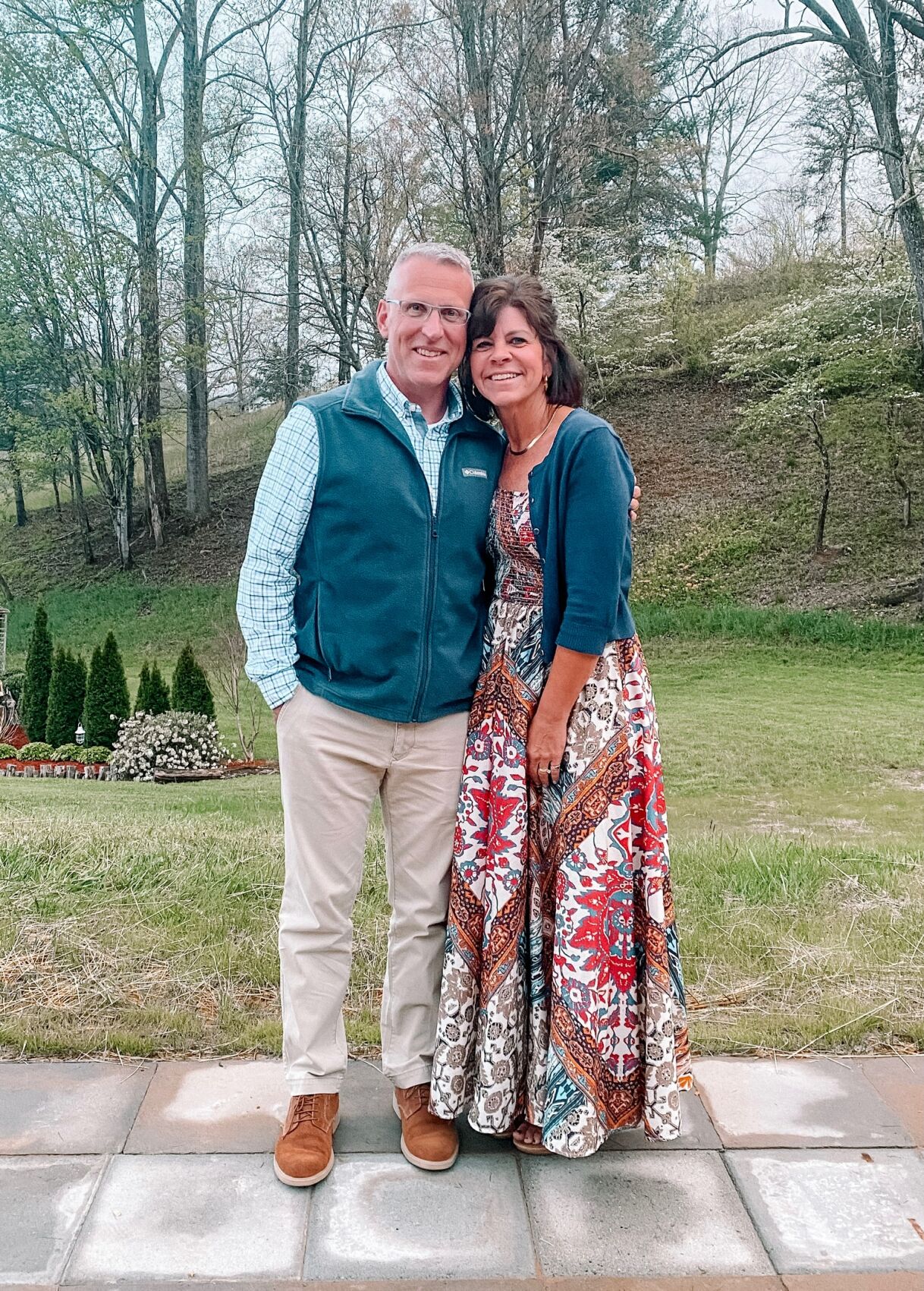 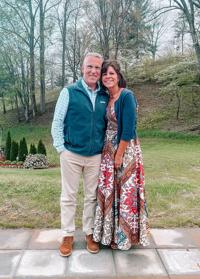 Steve Ledford with Leisa, his wife of 28 years. The couple raised three sons together, twins Micah and Josiah and Bryce. 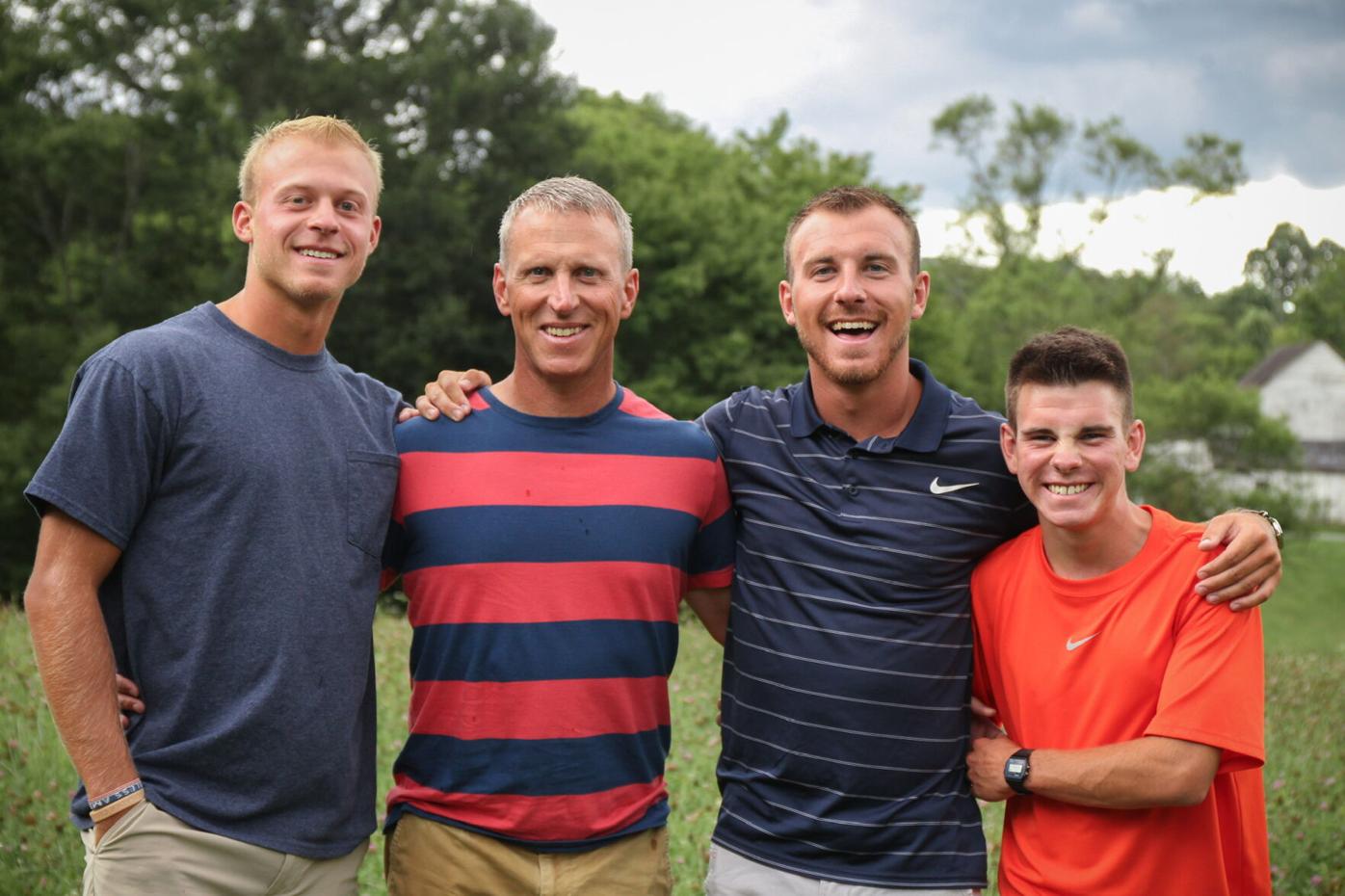 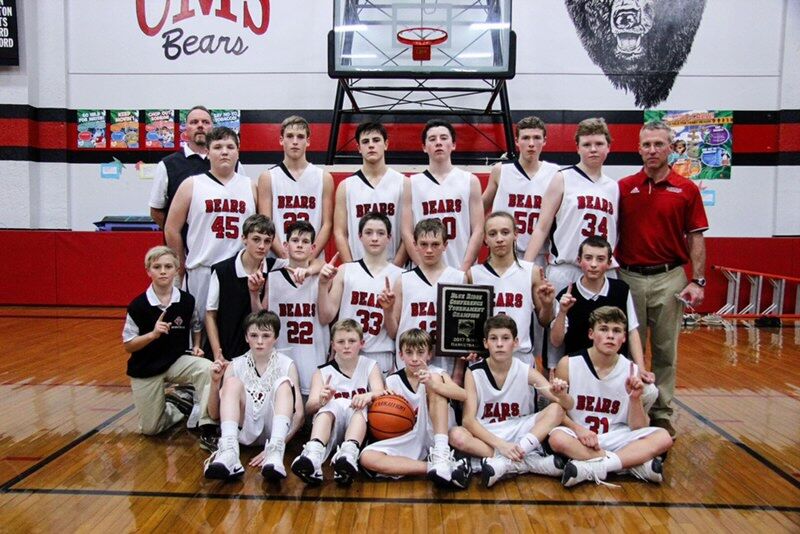 Steve Ledford with Leisa, his wife of 28 years. The couple raised three sons together, twins Micah and Josiah and Bryce.

As folks packed into the Canton Middle School auditorium Monday afternoon for Steve Ledford’s memorial service, the community mourned the loss of a beloved leader.

“Dad was quiet,” Micah Ledford said, one of Steve’s three sons. “He didn’t say a whole lot, but when dad spoke, you knew it. He was respected and you knew that when my dad did speak, that it was time to listen. People always talked about him with that respect.”

Ledford, who served as the CMS athletic director and head coach of the basketball team and worked at the school for 18 years, led a lifestyle centered on faith, family, academics and sports, in that order.

“I just respect him a lot because he had his priorities straight,” said Walker Fox, a Pisgah High sophomore who played for Ledford on the CMS basketball team. “He taught us a lot about not just basketball, but life in general. I’ve probably learned more from that man than I’ve learned from some of my own family, to be honest with you.”

Ledford fell from a volleyball referee’s stand Sept. 2 and suffered a severe head injury in the tragic accident. He passed away at Mission Hospital Memorial Campus in Asheville later that night.

Fox, who plays for Pisgah’s JV football team, heard that Ledford had gotten hurt while he was on the field for the Black Bears’ win over East Rutherford last Thursday. Fox said he didn’t know what to think after hearing the news and that he figured Ledford would be okay. Later during the game, he heard the seriousness of what had happened.

“As soon as I heard it, I didn’t believe it. I just dropped to my knees and started crying,” Fox said. “Me and some of my teammates just kinda huddled up together. It was a heartbreaking moment.”

Fox said the news was all he was thinking about as he finished playing the game and that he wanted nothing more than to come away with the victory in Ledford’s honor. Pisgah won 35-19, and Fox said he broke down again after going through that experience.

Between 700 and 800 people showed up for the memorial service at CMS on Monday, officiated by Micah and Christopher Willett, the pastor at High Street Baptist Church in Canton where Steve was a deacon for 30 years. Nearly 300 more tuned into a livestream of the service online. By the next morning, the YouTube video of the service had 2,500 views.

Ledford founded and ran Mountain Sports Baseball for 15 years, a USSSA travel baseball organization, but his view on travel ball was a bit different. Rather than charging high prices for kids to play on the team like many other travel organizations, he wanted to make it free for everyone. So he came up with the idea to start hosting tournaments to make money to support his teams. Parents never had to pay tournament fees, team dues or even for the uniforms, Micah said. The method was successful and his organization grew and grew. But the low cost of playing wasn’t the only thing out of the ordinary about his organization.

“One of the things about dad’s tournaments on Saturdays and Sundays, was every Sunday we were usually in church, but when he was running baseball tournaments we couldn’t be there,” Micah said. “He felt a responsibility to share the story of Jesus, which is what defined his life through everyone else.”

So at all his tournaments, every field would stop after the first game on Sunday and come together between games for a devotional. Micah said at first, his father would bring someone in to speak to the players, but as Micah and his twin brother Josiah got older, they began leading the devotions themselves.

“While we never really forced it on anyone to come, it wouldn’t be out of the question to have several hundred, if not more than that, listening to that every single Sunday,” Micah said. “My dad felt like that fell in his lap so he kept doing that, just to be able to be a mouthpiece for God and to share the gospel to those that needed it. We saw thousands of people hear about the love of Jesus and hundreds of people were able to give their life to the Lord.”

Micah, now a youth pastor at Cross Pointe Church in Atlanta, said that was just one of the many ways his father left positive impacts on the people he encountered. But as his son, he saw the impact his father had on his family firsthand. Micah pointed out that he and Josiah now do the two things Steve most loved spending his time on: being involved with the church and coaching. Steve also picked up extra jobs while his sons were growing up so that his wife of 28 years, Leisa, could stay home with the boys.

“He made sure we knew we felt loved and he was a man of sacrifice,” Micah said.

Casey Kruk, the principal at CMS and former Pisgah head basketball coach, worked closely with Ledford and developed a strong relationship with him over the years as he inherited the players Ledford coached at the middle school.

“I knew coach Ledford’s players as soon as they entered Pisgah’s gym,” Kruk wrote in an email. “They were all like little Tasmanian devils — ready to chew up any challenge that popped up in front of them. They were also well-coached, respectful, fundamentally sound and afraid of nothing.”

Bailey Stockton, last year’s Mountain Six Conference Defensive Player of the Year for Pisgah’s football team, played basketball for Ledford in middle school. Stockton was part of the 2017 CMS basketball team that won a conference championship. After the news of Ledford’s passing last Thursday, the Black Bears traveled to Mountain Heritage on Friday and picked up a 19-2 win.

“It meant a lot for all of us that really knew him,” Stockton said. “It was one of those things, we wanted to go out there and win for him and play a good game for him.”

Kruk pointed out how grounded and true to his morals and beliefs Ledford was.

“Everything he did, he did for other people. It didn’t matter what the world threw at him or what was popular at the time, he was who he was,” Kruk said. “He was a faithful servant of the Lord, a loving family man, a hard-nosed and caring athletic director and coach, and a teacher that impacted the lives of everyone he was around.”