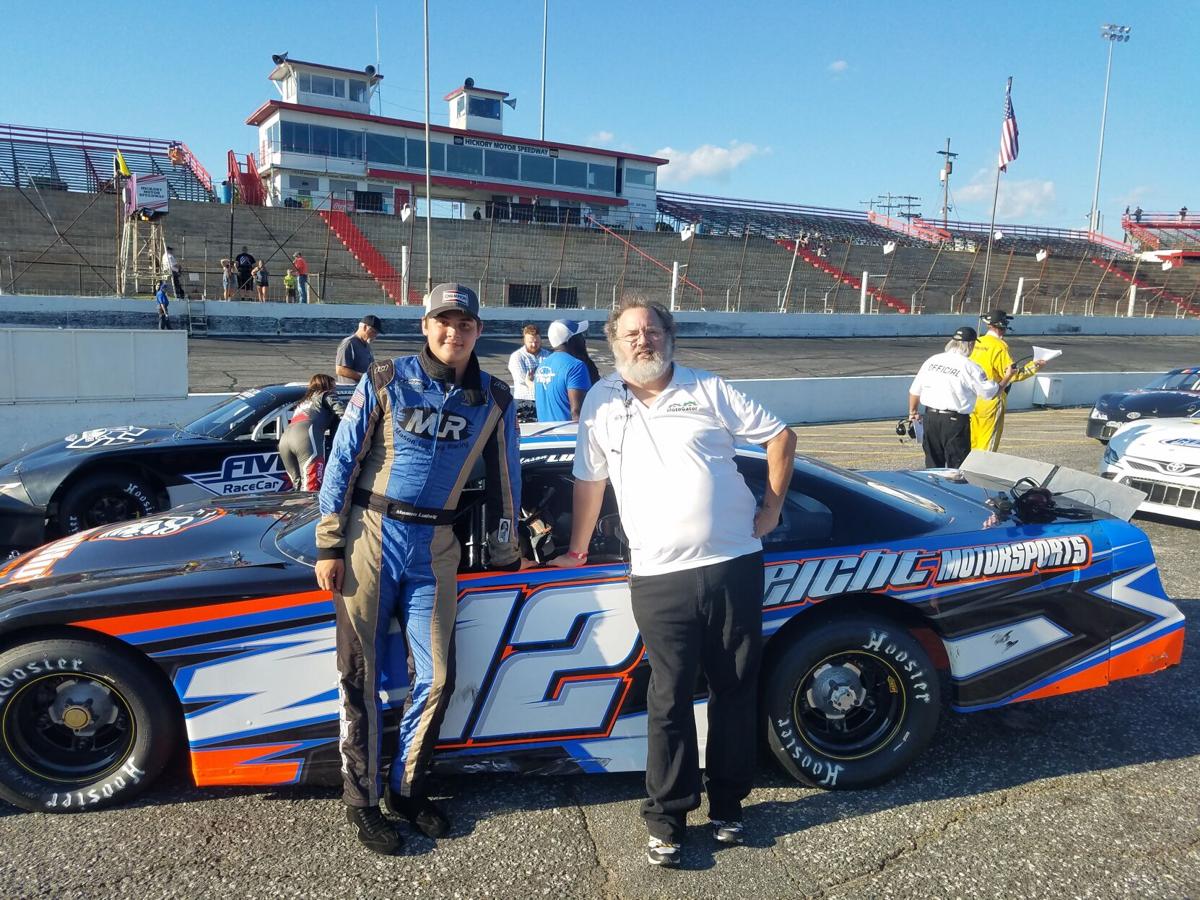 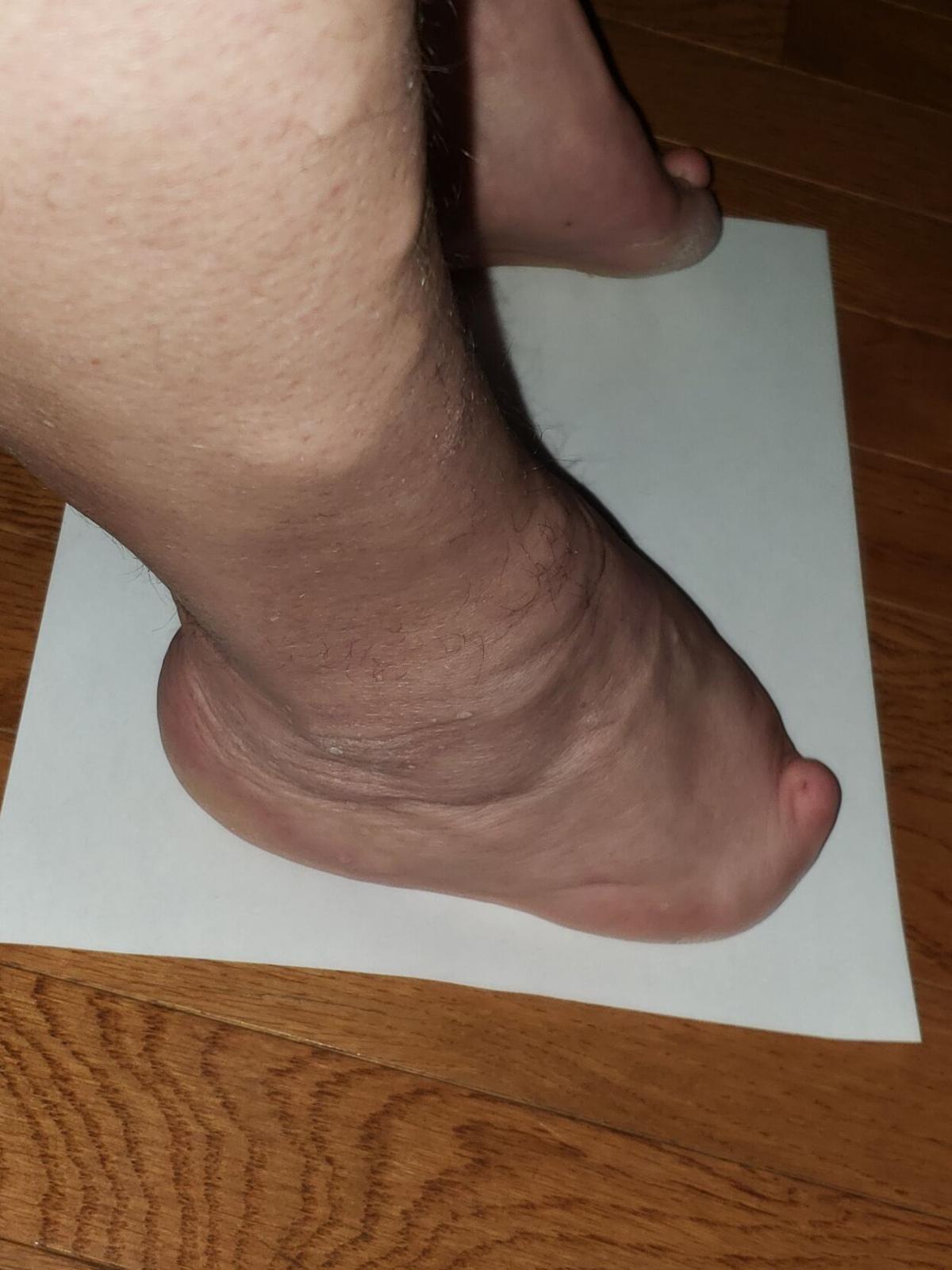 DEFORMITIES — Doug Knight was born with several deformities, including his feet, after his mother took the Thalidomide drug while she was pregnant.

DEFORMITIES — Doug Knight was born with several deformities, including his feet, after his mother took the Thalidomide drug while she was pregnant.

As people line up to receive a vaccination to hopefully protect them from the COVID-19 virus, a Waynesville man says he will not be among them.

Doug Knight contends the COVID vaccine was developed too rapidly and with not enough testing for long-term effects — though plenty of medical experts disagree.

When Knight was born in 1961, he was one of more than 10,000 babies worldwide who had deformities caused by Thalidomide, a drug that was used to treat everything from morning sickness to the common cold. An additional 123,000 babies affected by the drug were miscarried, aborted, or euthanized.

The drug was rapidly developed by Chemie Gruenethal, a German pharmaceutical company, and was distributed in 46 countries between 1957 and 1962. It was recalled when it was learned that it was causing severe birth defects to babies born to women who had taken the drug.

Thalidomide was not approved for use in the United States until 1998. Before that it was only released as samples and records of those samples were not kept, Knight said. His mother had taken the drug, never knowing what it could do to her baby.

“When I was born, the doctor explained that I had several deformities and said if I was allowed to live I would have no quality of life. He asked my folks, Robert and Shirley Knight, what they wanted to do with me and gave them a choice for me to live or die. My Dad asked if I was breathing and the doctor said yes, but he didn’t know for how long,‘ Knight said. “’Then he’s going home with us,’ my father told the doctor.”

Knight said he believes he was the first baby the doctor had delivered with the Thalidomide deformities, but doesn’t think the doctor made the connection to the drug at first.

For the first few months of his life, Knight had only a fragment of a tongue and the doctor doubted he would ever be able to talk. The tongue grew, however, as he sucked his bottle and pacifier. There were other problems, some even more severe.

“The effects of Thalidomide are vast on my body. Some can be seen, while others cannot. My hands and feet are visible, but there are things like the way my jaw is aligned and the inside structure of my ear that you really can’t see,” Knight said.

When the doctor saw that the baby had no normal toes, particularly the big toes, he told Knight’s parents that their son would likely never walk.

“It took me longer to learn to walk and I have always had to wear kids’ size shoes,” Knight said.

Knight’s parents accepted the fate of their son and never pursued any action against the developer of the drug or the doctor who gave the samples to his mother.

“My Dad was in the Army at Fort Jackson, South Carolina, and to keep anything from affecting his career, nothing was ever done about the Thalidomide,” Knight said. He has documentation that his mother took the drug during her pregnancy with him, but he is not listed among the 17 cases reported in the United States.

“My mother kept her medical records, and it is mentioned in them that she had taken the Thalidomide. It’s a good thing that she kept them, because in 1972, a fire destroyed most of the medical records,” Knight said.

He has two older brothers, one younger brother and two younger sisters. None of his siblings were affected by Thalidomide, as his mother only took it during her pregnancy with him.

He said his parents never treated him any differently than his siblings. But, he was teased by children when he began going to school; and his own siblings picked on him at times. Just as he had learned to compensate for his small feet, Knight said he learned how to deal with the bullying.

“To get back at my brothers, I would take their bicycles apart. When they begged me to put them back together, I told them to go tell Dad. Dad would ask them what they had done to me and they had to tell him. Then I would put their bikes back together,” Knight said.

After high school, Knight tried to enlist in the military, but was not allowed to because of his deformities. So, he settled for Civil Service work and work at the Navy Air Station in Jacksonville, Florida. His talent as a mechanic eventually led to a career in racing, which he still enjoys.

“For years I wondered if I was the only one affected by Thalidomide or if there were more. Then I saw a book about the issue and contacted the author. She put me in touch with others, and now I have a support system. It was like a huge weight was lifted,” Knight said.

Thalidomide is now prescribed as Thalomid for certain cancers and leprosy, but includes the strict precaution “Never use if you are pregnant. Even one dose can cause severe, life-threatening birth defects or death of a baby if the mother or the father is taking this medicine at the time of conception or during pregnancy. Both men and women using this medicine should use effective birth control to prevent pregnancy during treatment, and for up to four weeks after your last dose.”

Chemie Gruenethal has acknowledged harm done by Thalidomide through a financial fund for documented victims and in 2020 issued an apology on its website to all Thalidomide victims.

That is a start, but it is not enough, Knight said.

“We are in the process of campaigning to get the word out about what happened to us because the U.S. government has been quiet about the Thalidomide babies,” he said.

Knight believes adamantly that it is unsafe to take any vaccine or drug until is has been adequately tested.

The Centers for Disease Control vow the COVID-19 vaccine is safe and according to the CDC Website, “the vaccine has undergone the most intensive safety monitoring in U.S. history.”

Knight said he is not convinced.

“The COVID vaccine testing has not had a chance to see what the effects it would have on women or men of child-bearing years or a fetus like Thalidomide did,” Knight said. “The possibility of this happening again is too great to not look into,” he said.

Thalidomide is a sedative drug discovered at the end of the 50s, which caused a worldwide tragedy. The drug has been prescribed to many pregnant women in order to relieve pregnancy nausea.

Thalidomide was a widely used drug in the late 1950s and early 1960s for the treatment of nausea in pregnant women. It became apparent in the 1960s that thalidomide treatment resulted in severe birth defects in thousands of children

Limbs can fail to develop properly, in some cases also eyes, ears and internal organs. No-one knows how many miscarriages the drug caused, but it's estimated that, in Germany alone, 10,000 babies were born affected by Thalidomide. Many were too damaged to survive for long. Today, fewer than 3,000 are still alive.