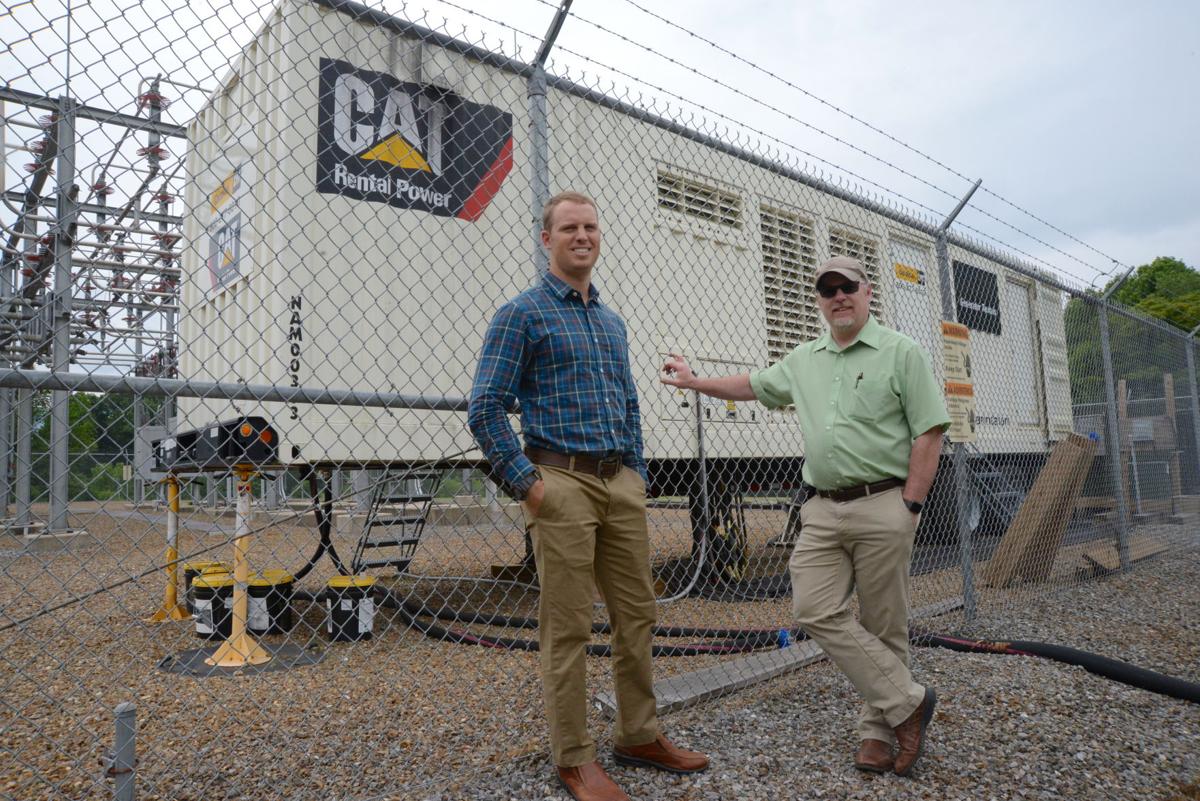 CAT IN A CAN — This powerful generator at the Waynesville substation is triggered during the onset of peak energy demand to offset the huge spike in wholesale power costs. Guessing when the two-hour window of peak usage will fall each month can be nerve-racking for Waynesville Public Works Director David Foster and Town Engineer Preston Gregg. 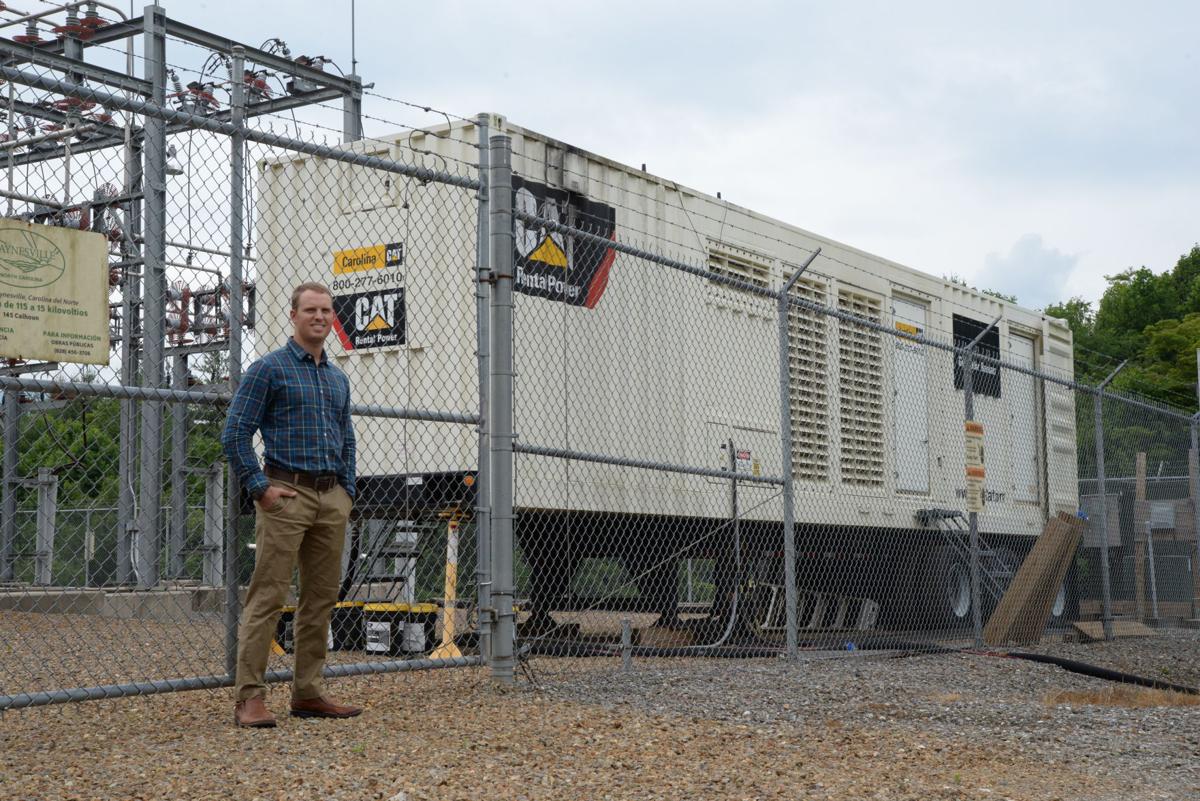 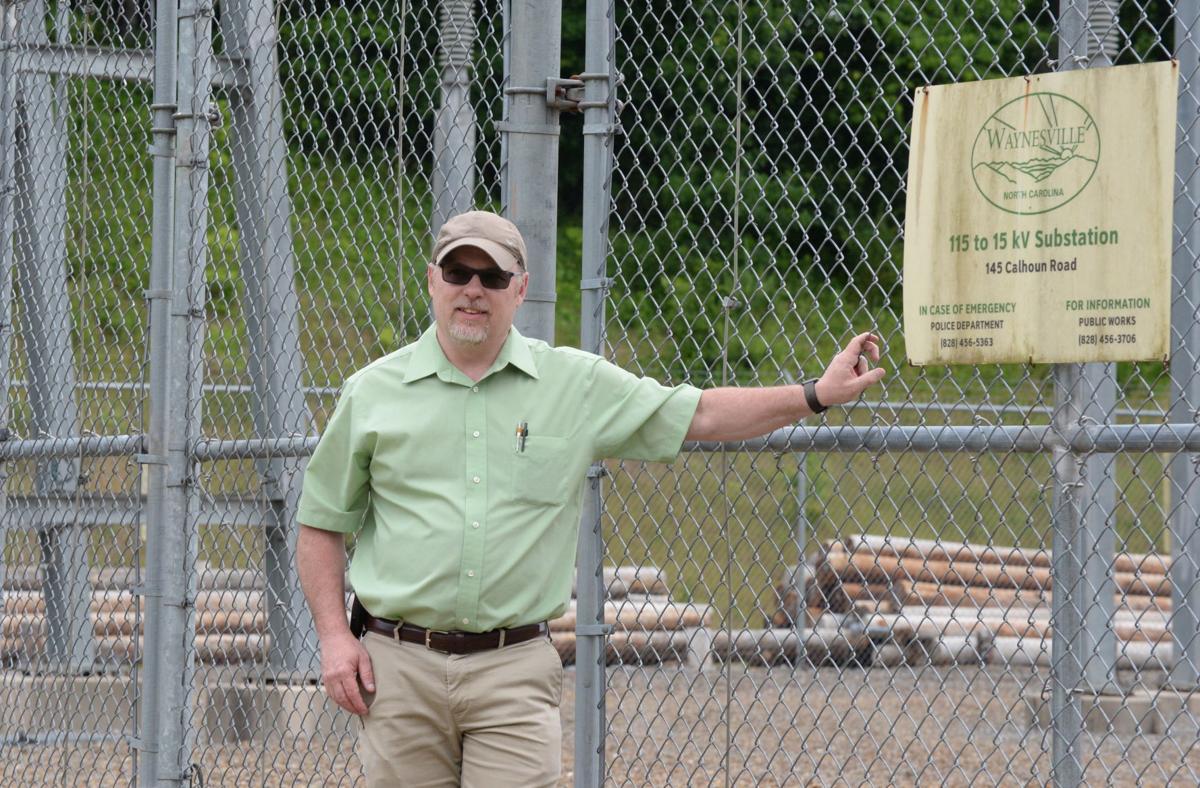 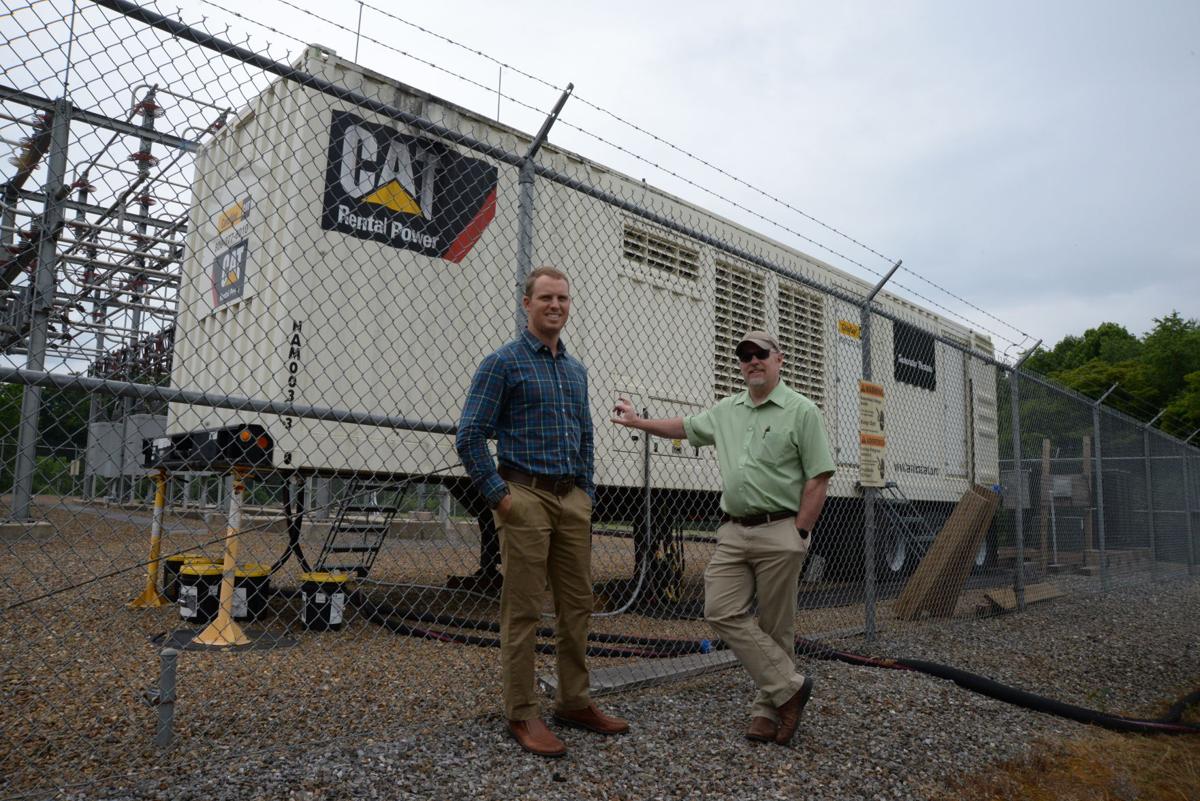 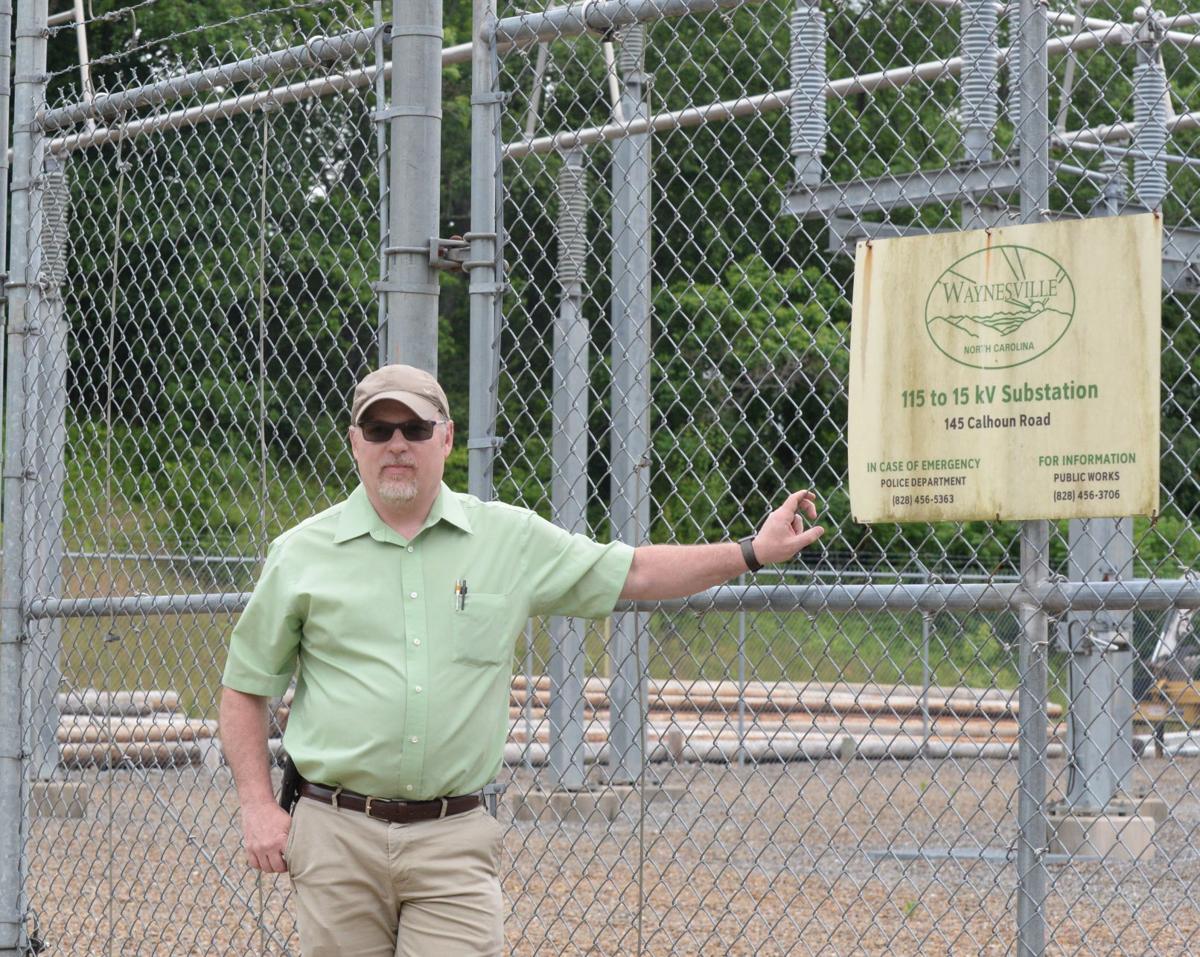 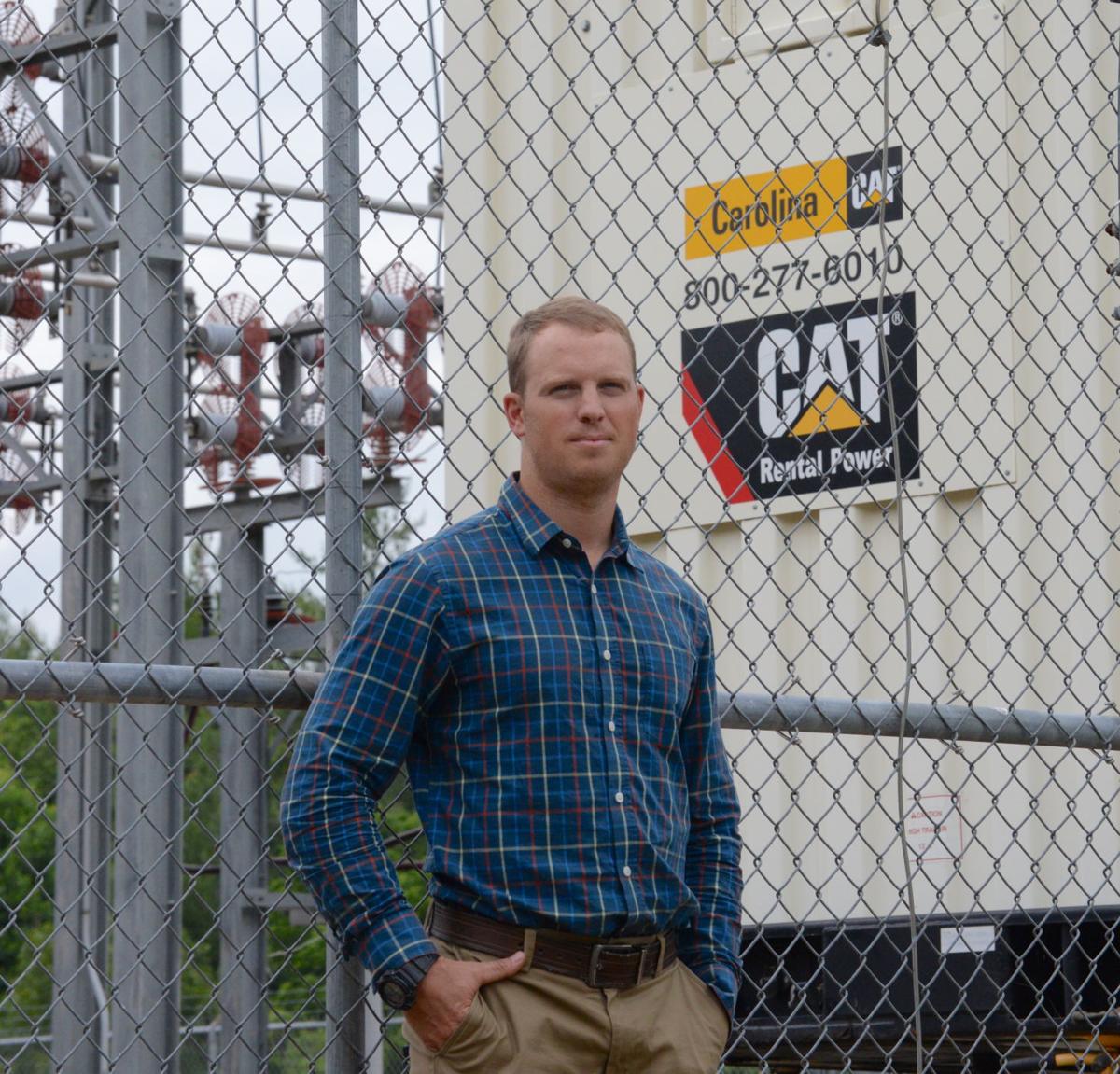 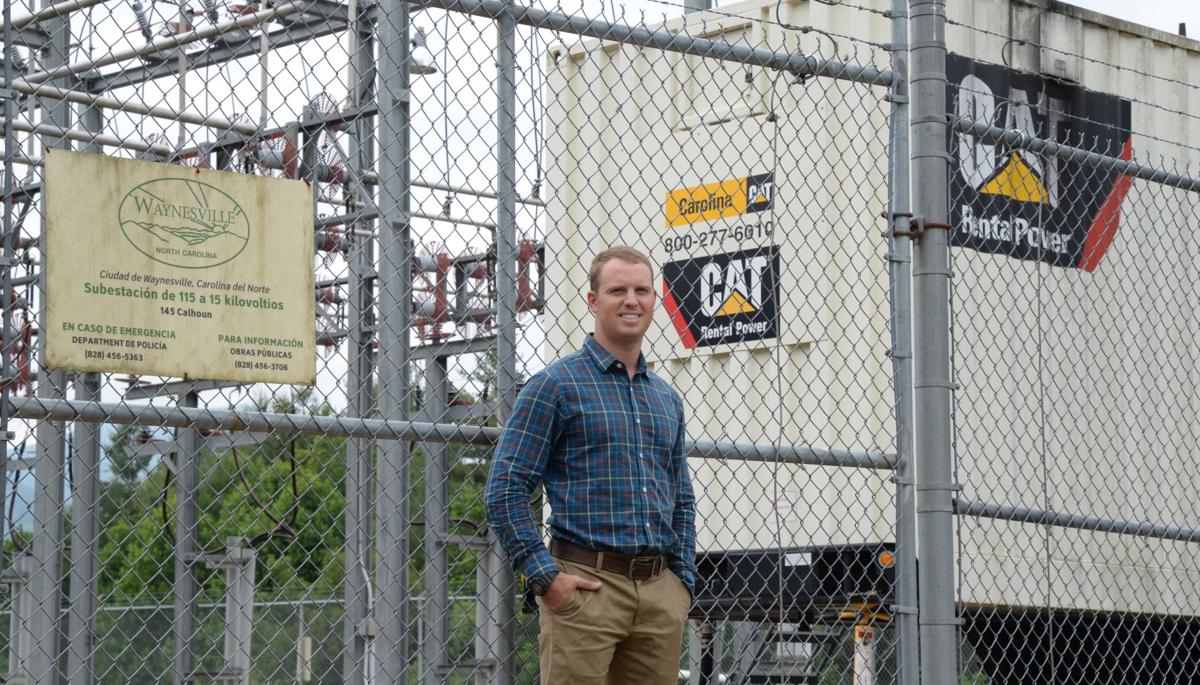 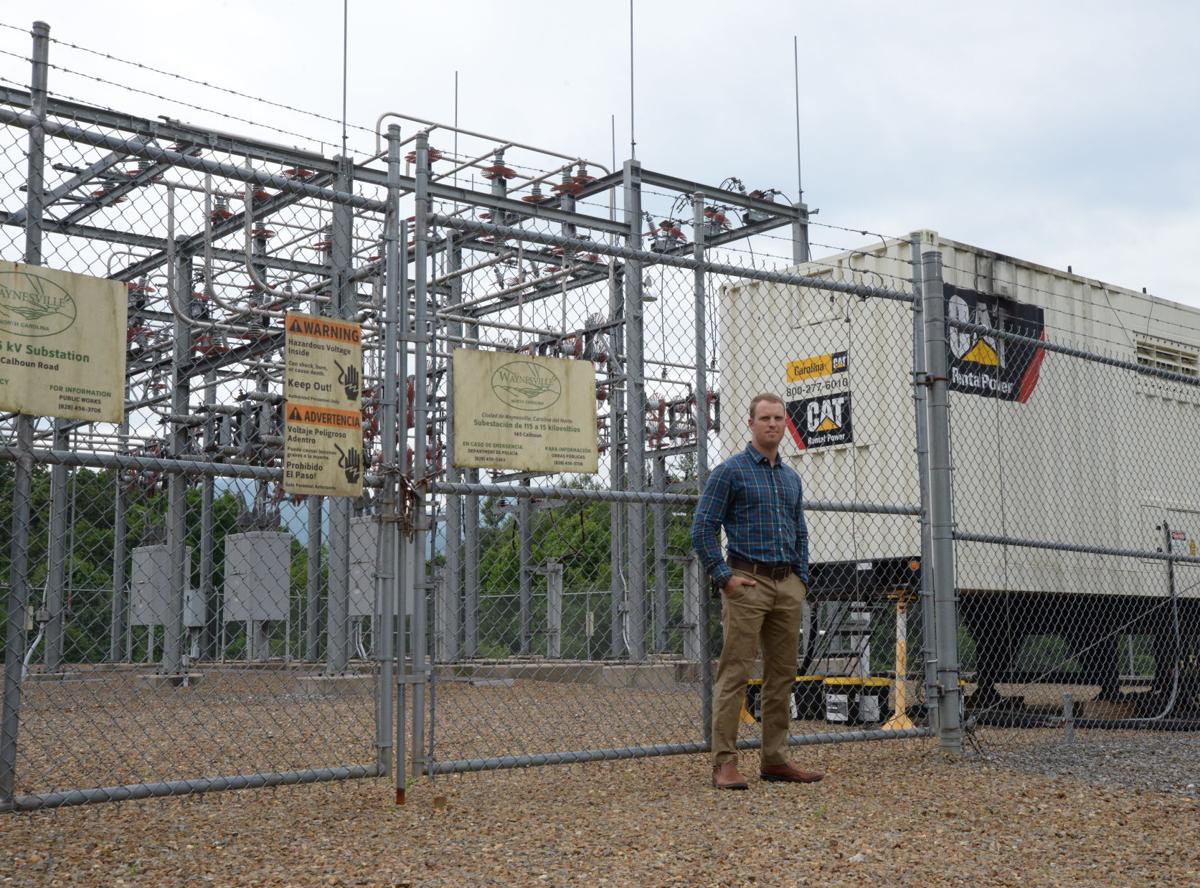 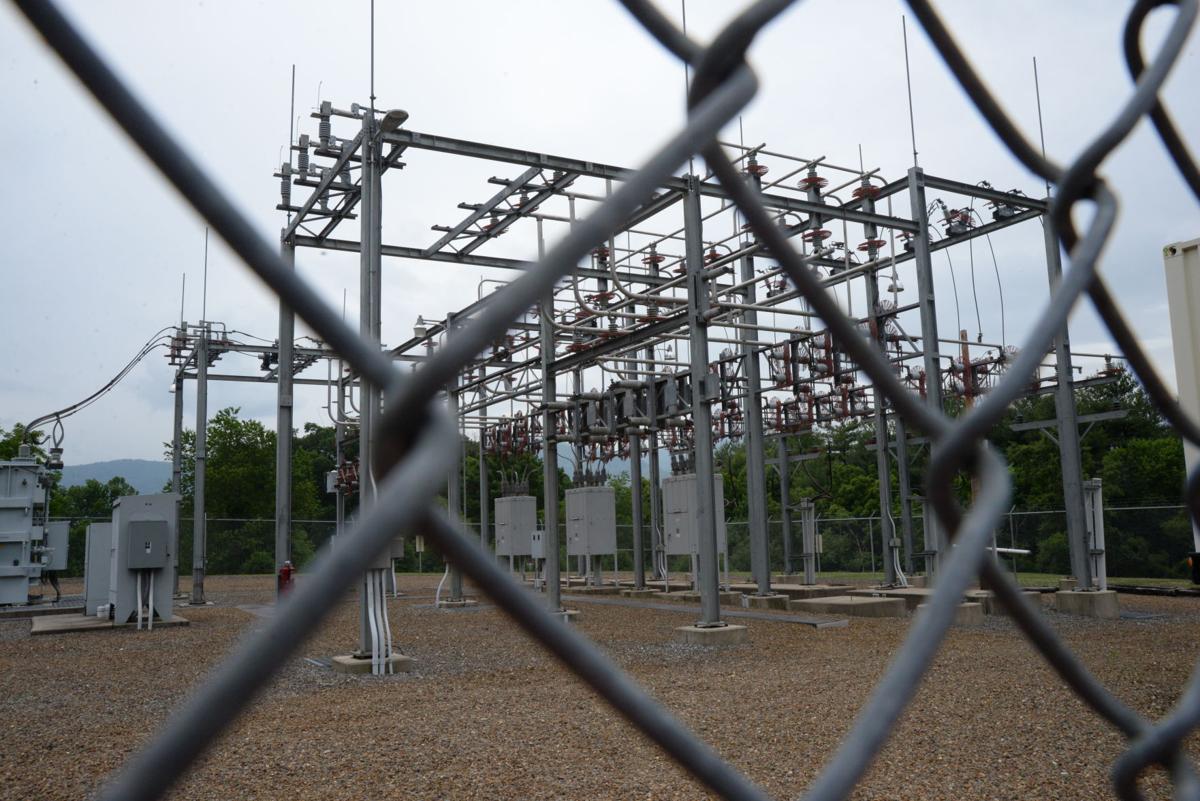 DIALING IT IN — Waynesville’s power system serves more than 3,000 customers, turning a $1 million profit that helps support town services and projects. ‘Peak shaving’ is an innovative strategy to keep its power costs from spiking during high demand. 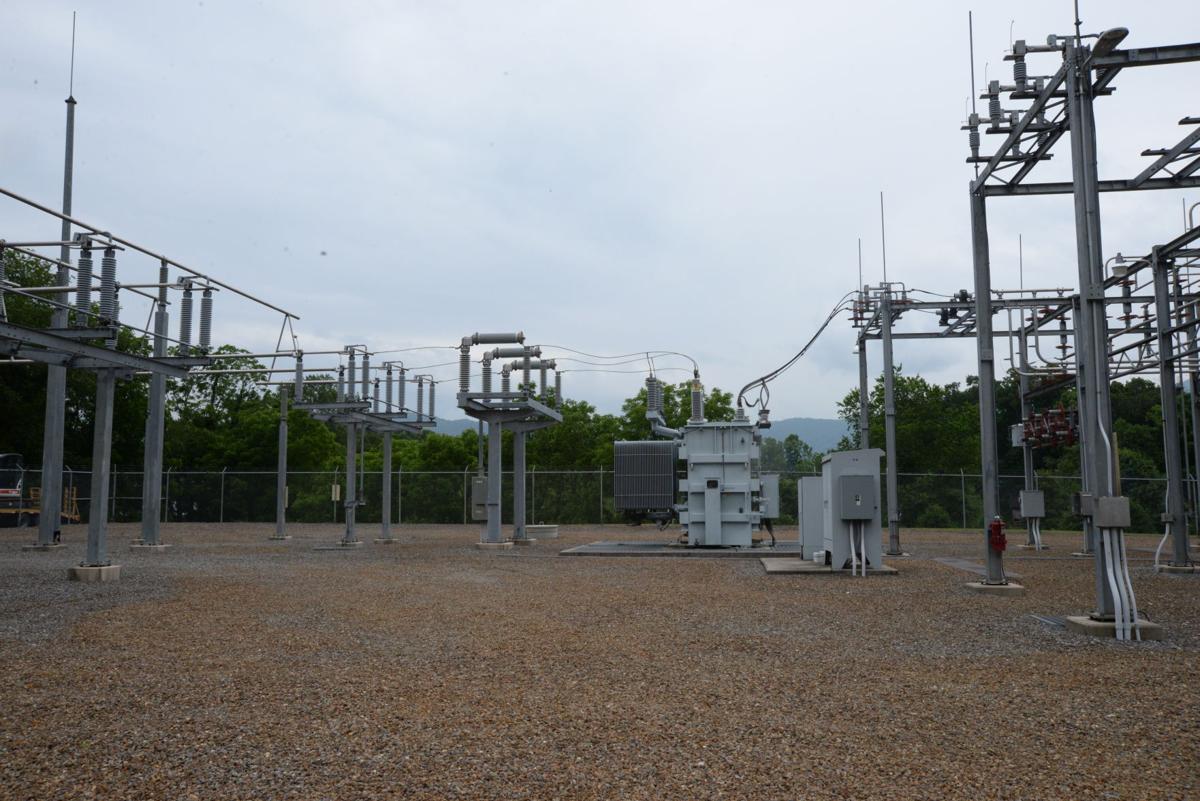 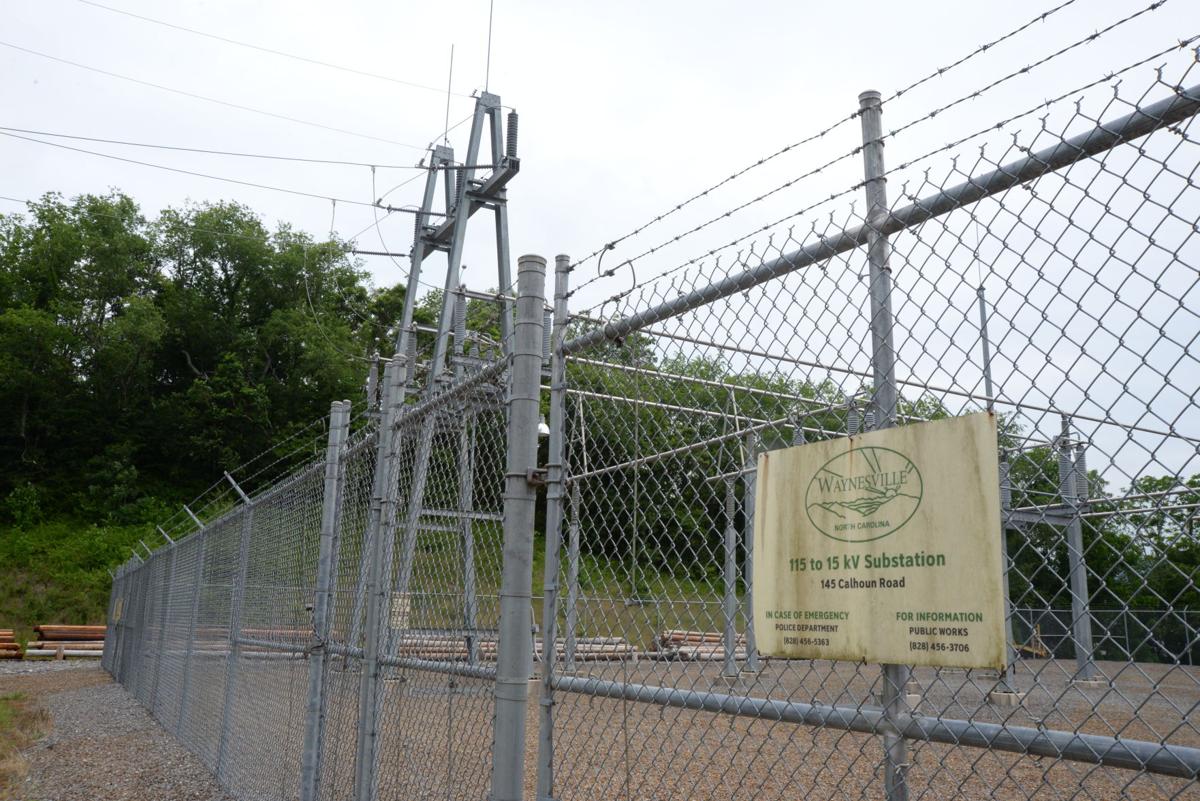 CAT IN A CAN — This powerful generator at the Waynesville substation is triggered during the onset of peak energy demand to offset the huge spike in wholesale power costs. Guessing when the two-hour window of peak usage will fall each month can be nerve-racking for Waynesville Public Works Director David Foster and Town Engineer Preston Gregg.

DIALING IT IN — Waynesville’s power system serves more than 3,000 customers, turning a $1 million profit that helps support town services and projects. ‘Peak shaving’ is an innovative strategy to keep its power costs from spiking during high demand.

David Foster isn’t typically a betting man. With the mind of an engineer, he prefers tidy calculations and hard math.

But gambling has become part of Foster’s daily routine as the town of Waynesville’s public works director, playing the odds of energy futures to lower the town’s electric costs.

“It’s like doing a Rubix cube but none of the colors are on the cube. We have to constantly make an educated guess,” Foster said. “That’s the game we play.”

Waynesville is a rarity in the state, a so-called “electri-city” that runs its own power system. The town buys wholesale power over the grid and resells it to more than 3,000 customers.

The electric system is a cash cow for the town, netting more than $1 million in profits each year that fund quality-of-life amenities most small towns can’t afford — from building greenways to supporting local nonprofits with grants.

But a spike in wholesale power a couple of years ago threatened to undermine those profits.

The town found it could dodge the peak power surcharge by cranking up its own generator.

“When we clip that peak, the savings to us is around $24,000 a month,” said Preston Gregg, the town engineer.

There’s a catch, however. The town has to guess when the peak periods are coming, and fire up the generator at just the right time.

There’s a lot at stake in the game. If the town guesses right, it dodges the bullet of peak rate hikes. If it guesses wrong, it’s wasted money on costly generator fuel for nothing and still gets slapped with the peak power rates to boot.

“We would rather go ahead and gamble and run the generator for an hour or so and hope we hit the peak, because if we miss the peak we miss the savings,” Foster said. “You either hit the button or don’t hit the button, but there’s a lot that goes into it.”

The prediction has a lot to do with weather — peaks occur during the coldest and the hottest days. But it’s not the weather in Waynesville that matters. It’s the weather in South Carolina, where Waynesville buys its wholesale power from.

Making matters trickier, the peak spike is just a two-hour window each month. At month’s end, wholesale power companies look back at useage and tack the peak surcharge on to whichever two-hour period saw highest demand.

The town has to hope it hit that two-hour window just right.

But sometimes, when there’s a prolonged cold spell or heat wave, the town has to fire up the generators multiple times through the month to make sure they catch the peak.

The generator burns 120 gallons of fuel an hour, so the town doesn’t want to fire it up needlessly, however. The town contracts with an energy consultant to monitor peak demand and trigger the generators accordingly.

Going all inThe past two years have been an experiment to see if the town could successfully hedge the energy market and dodge the peak spikes. There’s only been a couple months when the town missed the peak.Now that they’ve gotten better at the game, Foster and Gregg want to up the ante by adding more generator power.The town’s generator cranks out 2 megawatts of power, only a fraction of the 20-plus megawatts customers use during the peak. So the town is still buying a large chunk of power during peak periods, and being hit by the rate spike.Now, the town is weighing whether to add more generators to shave off more of the peak, and whether to buy them instead of paying a monthly lease.It costs $16,000 a month to rent the generators, about $3,000 in fuel for the generator, and another $3,000 a month to pay the energy consultant who monitors peak demand on the town’s behalf.After factoring in the costs, the monthly savings on peak rates are just a few thousand dollars a month.But if the town had more generators, and owned them outright instead of paying a lease, the town’s savings would be more substantial.Foster and Gregg have made the case that the upfront cost of the generators would pay off over the long-run. They would be break-even for now, but once paid for, it would be all profit — which ultimately means more money coming back to the town to support programs and services in the community.