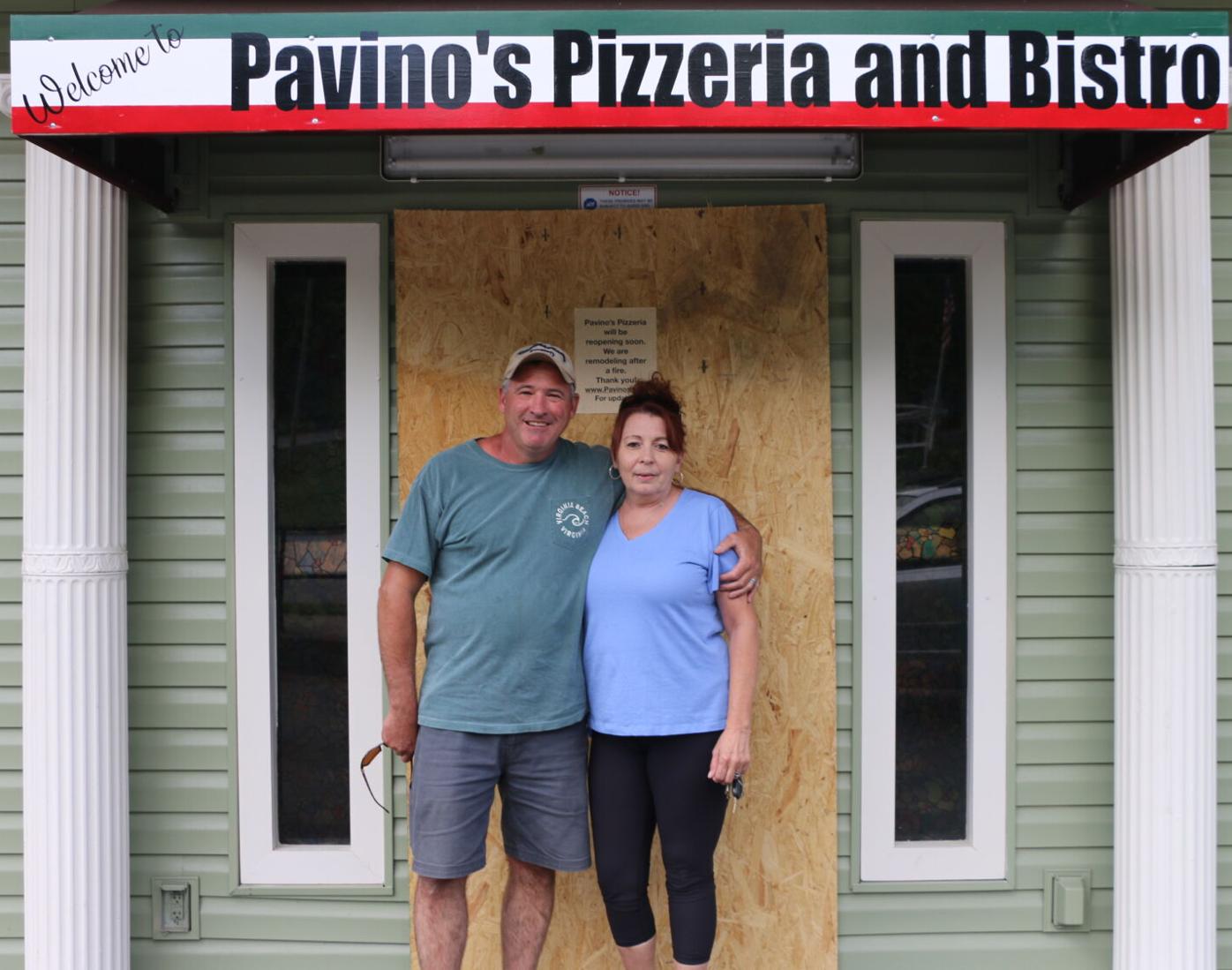 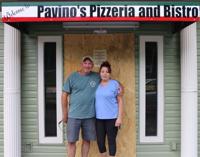 HOLDING ON TO HOPE — Greg and Sherry Wingate are hoping to be back up and running within months after a fire damaged their Maggie Valley restaurant, Pavino’s Italian Bistro and Pizzeria. 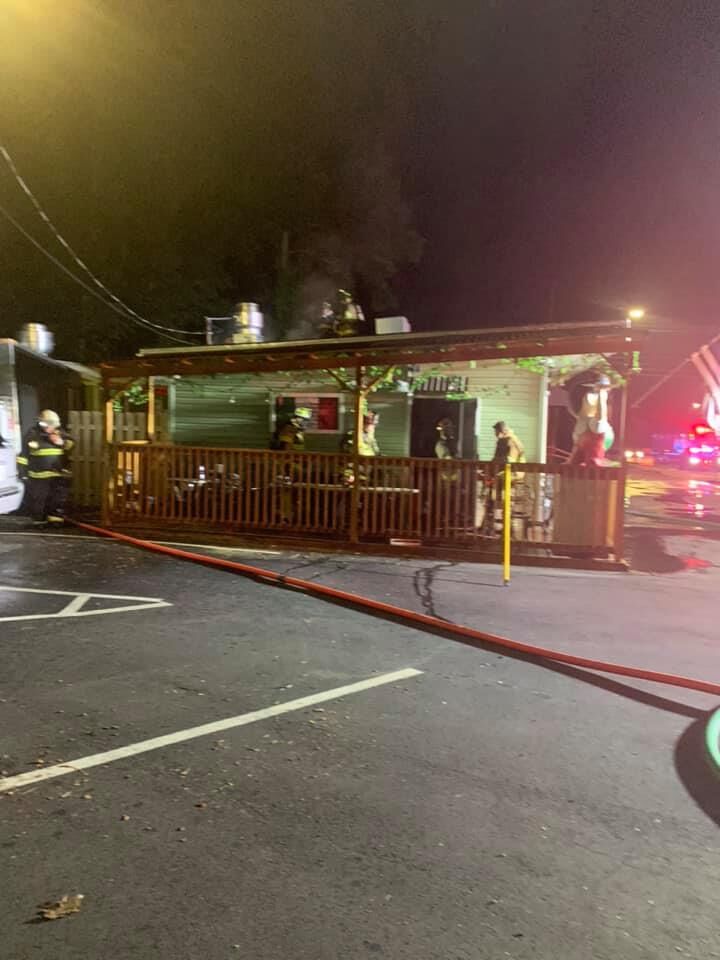 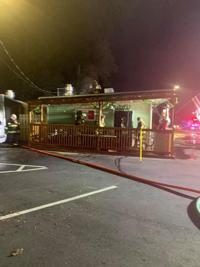 FAST RESPONSE — Firefighters were able to save the Pavino’s building, but not before the inside suffered extensive damage. 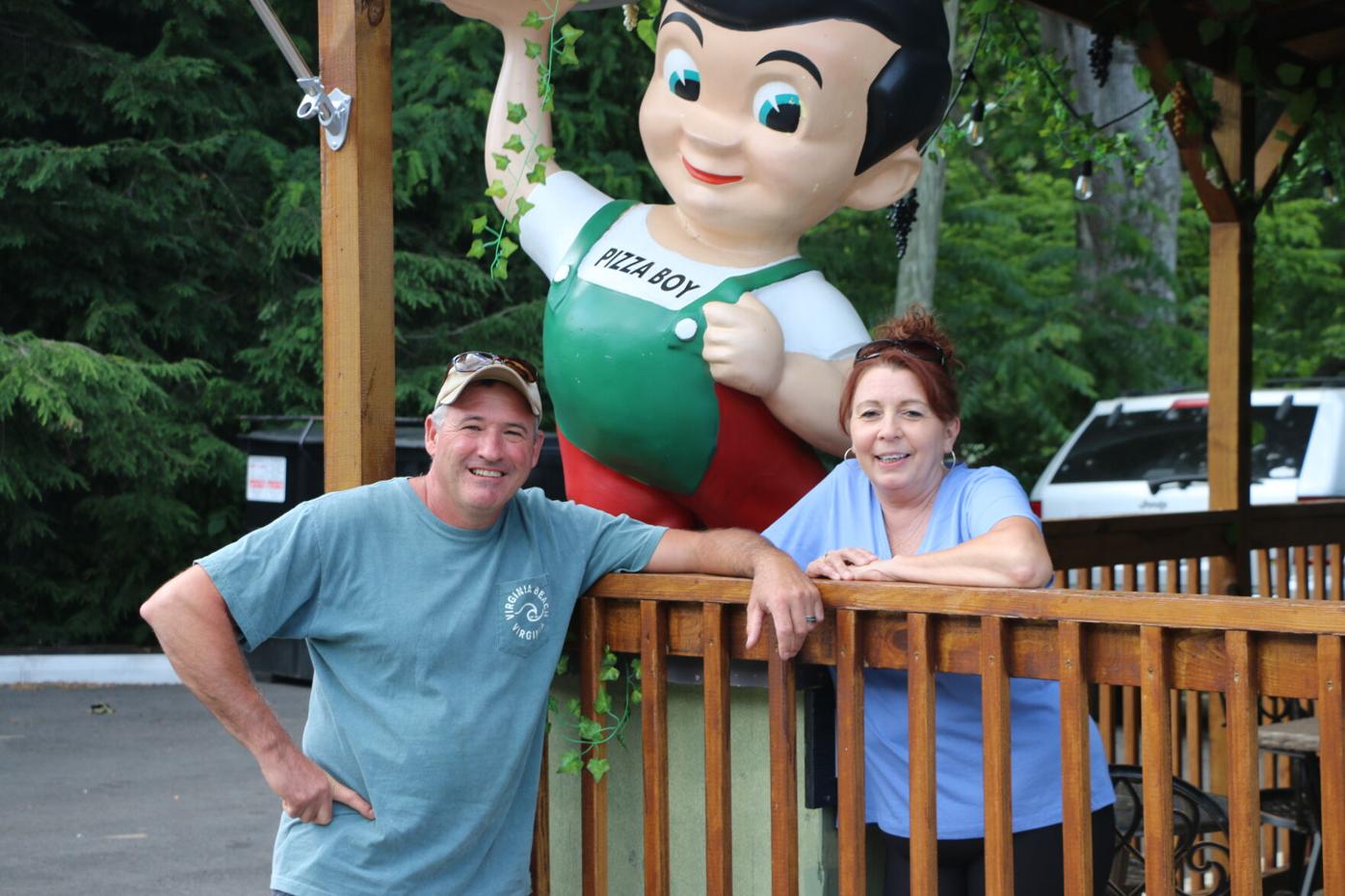 HOLDING ONTO HOPE — Greg and Sherry Wingate are hoping to have Pavino’s Italian Bistro and Pizzeria back up and running within months. 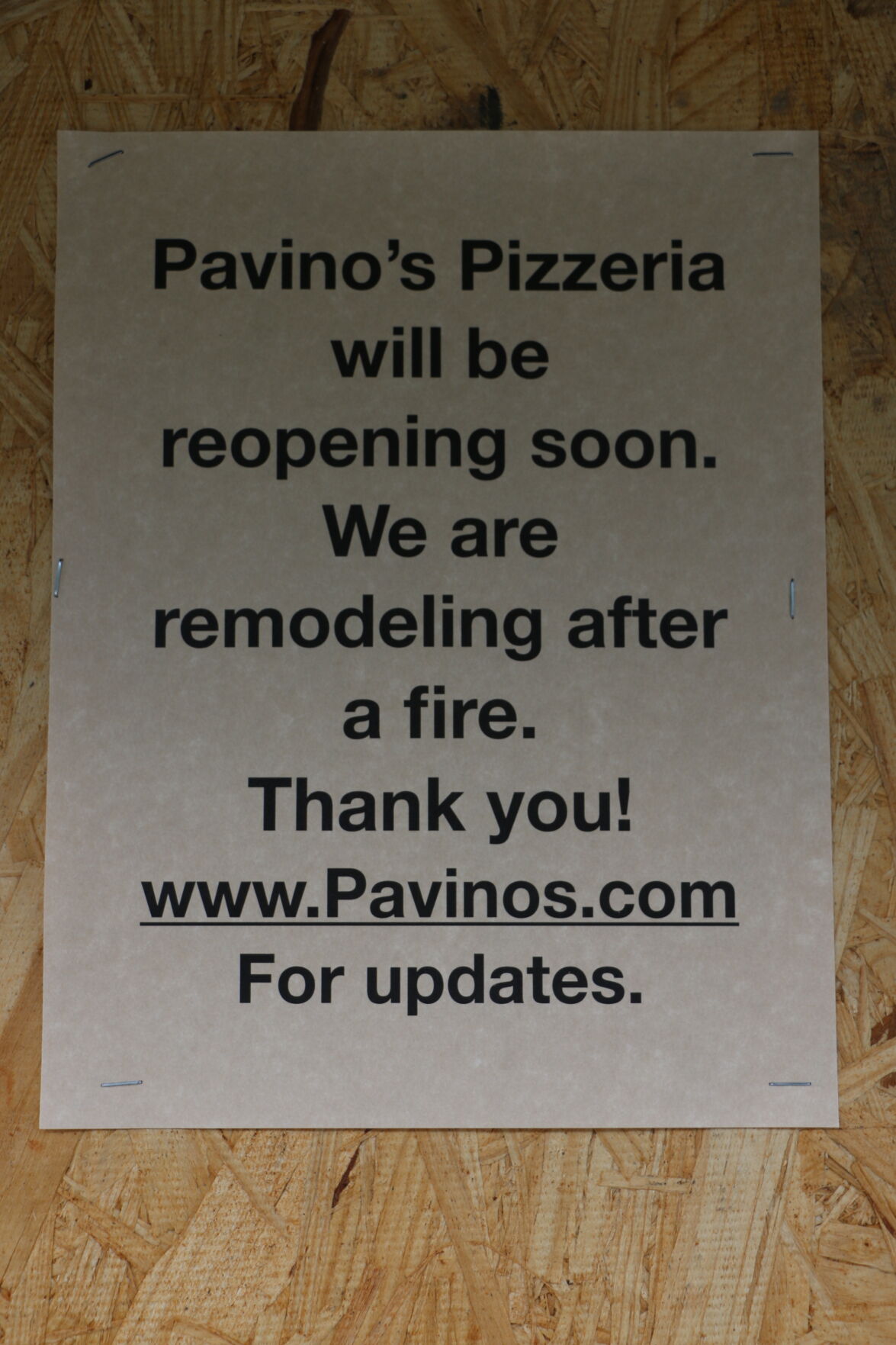 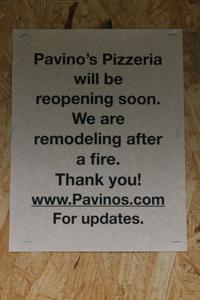 CLOSED — Pavino’s in Maggie Valley, which has become a hot spot with tourists and locals alike mere months after opening, had to shut down after a fire.

HOLDING ON TO HOPE — Greg and Sherry Wingate are hoping to be back up and running within months after a fire damaged their Maggie Valley restaurant, Pavino’s Italian Bistro and Pizzeria.

FAST RESPONSE — Firefighters were able to save the Pavino’s building, but not before the inside suffered extensive damage.

HOLDING ONTO HOPE — Greg and Sherry Wingate are hoping to have Pavino’s Italian Bistro and Pizzeria back up and running within months.

CLOSED — Pavino’s in Maggie Valley, which has become a hot spot with tourists and locals alike mere months after opening, had to shut down after a fire.

Greg and Sherry Wingate only got to live out their dream for about three months before they saw it go up in flames.

The couple moved to Maggie Valley from Virginia in March and bought the highly-popular Pavino’s Italian Bistro and Pizzeria, which at that time, had only been open since last October but was already gaining a serious reputation among locals and tourists alike.

“We love it here,” Greg said. “This is our dream. We’d been saving for years trying to figure out what our next move was. We found this and fell in love with the valley and the people.”

Like other business owners, the Wingates, who are living at the nearby Stone Bridge Campground for now, have had trouble finding employees, but with the help of their niece, they were able to make due.

“We’ve been hopping,” he added. “Our sales are going up every day since April.”

Sherry also spoke with joy as she recalled the restaurant’s early success. “We had great reviews, and it made us happy looking at them every night,” she said.

However, after what the Wingates called their busiest night yet, they got word that their building had caught fire last weekend.

Then came the call from Chris Chagnon, the former owner of Pavino’s who now runs the Cottage Café in Maggie Valley.

“We had been shut down, and were back at the campground kicking back when Chris called and said, ‘Hey man, your place is on fire,’” Greg said with a sigh.

Fire trucks had Soco Road shut down as the Wingates arrived on-scene.

While the fire was put out and there isn’t much damage visible from the outside, inside the restaurant is a different story.

“Between the smoke and the water, it’s going to have to be gutted,” Greg said.

Now, the place is shut down pending investigation by the Haywood County Fire Marshal and the insurance company. Greg, who was a contractor for 25 years prior to coming to Maggie Valley, said he could likely have the place gutted within a couple days, but has to sit on his hands.

“I’d like to just rock and roll and work the hell out of it to get it back up and going,” he said.

Since the place shut down, the Wingate’s niece has managed to find work at nearby Butt’s on the Creek. Considering the labor shortage in the restaurant industry, it wasn’t too hard.

“She went down there to apply and they said get to work,” Sherry said.

And in the meantime, the Wingates have been working on getting a food truck up and running in hopes that they can still turn over some good business.

“We’ve got to get it inspected, but we’re going to try setting that up here at the restaurant,” Greg said, adding that he has also spoken with Elevated Mountain Distillery owner Dave Angel about potentially setting it up at that spot when the distillery hosts events.

The Wingates said once they open back up for business, it’s probable that the majority of their standard Italian fare will move to the Cottage Café, allowing Pavino’s to shift its focus more toward pizza.

They may even set up a wood-burning pizza oven in its parking lot. Greg believes the quality pizzas the customers so enjoy will be enough of a draw.

“I still believe in stacking toppings on there and not skimping,” he said. “Even with the increased cost of food.”

While the Wingates said they don’t want to accept any help until they know how the insurance company will handle their case, they will likely need support down the road. Sherry said that in the meantime, they have appreciated the kind messages and moral support.

“It’s day by day,” Greg said. “We’re in limbo right now until we get the insurance all straightened out.”

But no matter what, the Wingates said they are here to stay and are looking forward to hosting a grand reopening in the coming months.

“Once we get going, we’re going to be hopping again,” Greg said. “We can’t wait.”