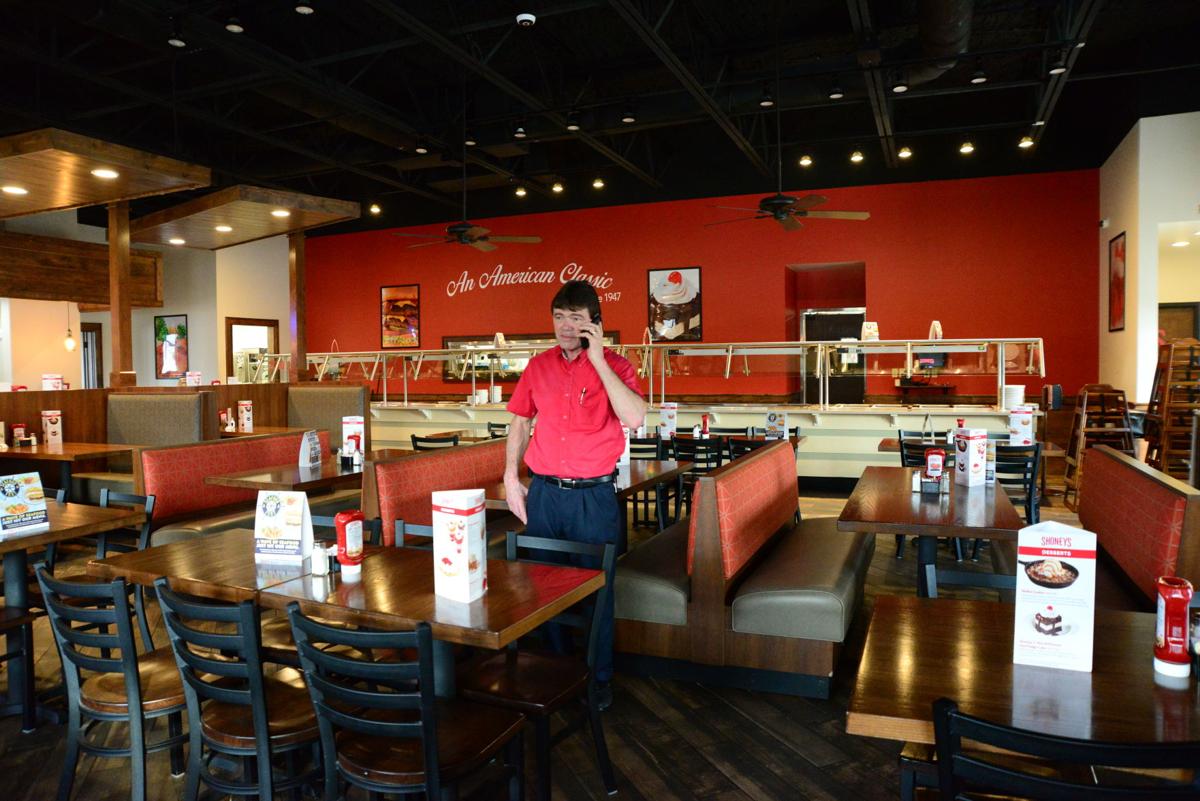 RESTAURANTS TO REOPEN — Roger Defibaugh fields to-go orders at an empty Shoney’s in Waynesville back in late March. Restaurants could reopen at 50 percent capacity this weekend. 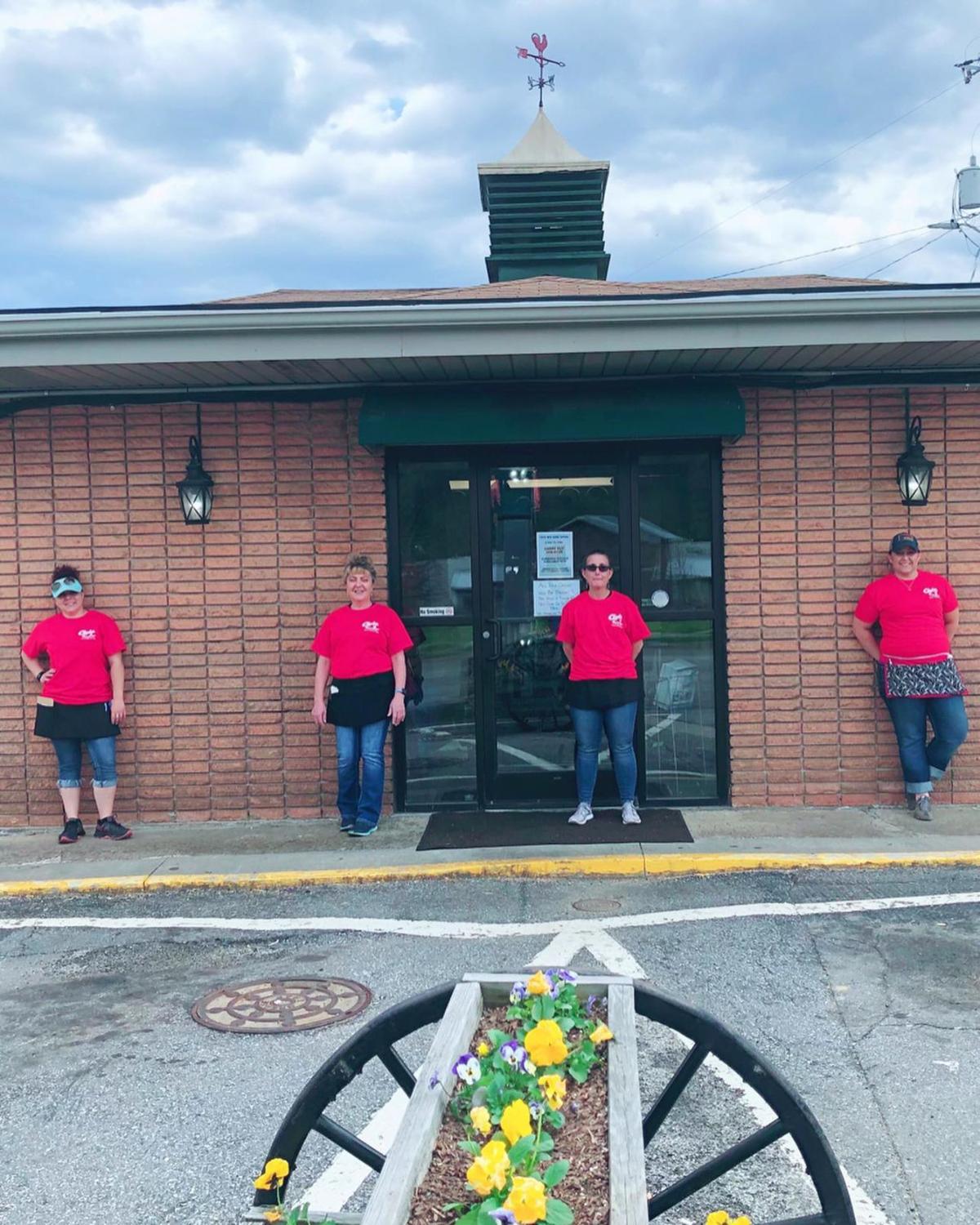 RESTAURANTS TO REOPEN — Roger Defibaugh fields to-go orders at an empty Shoney’s in Waynesville back in late March. Restaurants could reopen at 50 percent capacity this weekend.

North Carolina transitioned to phase 2 of its coronavirus reopening plan at 5 p.m. Friday, May 22 — ending the “Stay at Home” order and entering what’s being called “Safer at Home.”

“Safer at Home is just what it says. Just because you can go more places doesn’t mean you always should,” N.C. Gov. Roy Cooper said during a press conference Wednesday. “We think phase 2 is a good boost to our economy while working to keep people safe.”

Phase 2 is more conservative and will last longer than originally anticipated. Phase 3 won’t come for another five weeks at best.

That’s because the daily count of new positive cases has continued to increase.

“Our rising case counts indicate we need to take a more cautious approach than we initially planned,” said Mandy Cohen, Secretary of the N.C. Department of Health and Human Services.

Nearly 800 new positive cases were reported statewide Thursday, one of the highest daily counts yet. That same day, Haywood saw its highest single day increase of seven new cases in one day.

What’s opening is a mixed bag. Hair salons can open but not gyms. Restaurants can open, but bars can’t. Swimming pools and summer camps can, but playgrounds and movie theaters can’t.

The public gathering limit during phase 2 will remain capped at 10 people for indoor settings, but increase to 25 for outdoors settings. The cap on public gatherings is lower than was expected for phase 2.

“When people gather together, one person can be the spark to spread the virus to many,” Cooper said.

That scenario was witnessed in Haywood County this week, when one person was the catalyst for six additional family members testing positive.

The limit for outdoor gatherings also applies to groups congregating in public parks, so that no one group at a park can exceed 25. The cap effectively bans any type of festival, parade or fair.

Sporting events and performances can be held, but spectators must be limited to the mass gathering cap. Coaches, athletes, performers and those involved in putting on the event are exempt from the cap — so an outdoor sporting event could be held as long as spectators don’t exceed 25, since players don’t count as part of that 25.

The limit on mass gatherings does not apply to establishments that are permitted to be open, such as swimming pools or child care facilities.

The cap also does not apply to activities where people stay in their own vehicles, such as drive-in movies, drive-in church, or the drive-by graduations being planned for Haywood County’s high schools.

Religious services are exempt from the cap on public gatherings, but Cooper asked churches to “think twice” about what they decide to do.

“The vast majority for congregations across North Carolina are doing the right things to protect their members and we think they will keep doing that,” Cooper said.

Weddings and funerals are also exempt from the cap on mass gatherings.

Personal responsibility urgedCohen emphasized that people can have COVID-19 without showing any symptoms. The “Safer at Home” order implores everyone to practice social distancing, stay six feet apart in stores, wear masks and carry hand sanitizer.

“It shows our friends, family and neighbors that we care about them,” Cohen said.Cooper urged all North Carolinians to wear masks out of courtesy for others, with masks doing more to protect others from your germs than vice-versa.

“A face covering signifies compassion for others. Wearing one means you actually care about other people’s health,” Cooper said.

While salons and restaurants will be permitted to open under phase II, not all may choose to right away, and the public should respect those decisions, Cooper said.

“Show them the courtesy of patience,” Cooper said.

While the daily number of new positive cases has continued to rise, more people are being tested now. More testing naturally means more positive cases will be detected.

“As we do more testing we expect this indicator to rise,” said Cohen. “But it also signals we need to be cautious and stay vigilant to continue to slow the spread of the virus.”

State officials have been tracking several key metrics to determine what phase II looks like.

“It is important to watch the trend lines over a 14-day period to see if our metrics are increasing, decreasing or stabilizing over time,” Cooper said.

While the daily count of new positive cases has continued to rise, the other metrics being tracked are more promising.

Phase II at a glance

These are now open during phase II:

• Restaurants at 50 percent capacity with 6 feet of spacing between customers sitting at different tables.

Phase II rules in their entirety