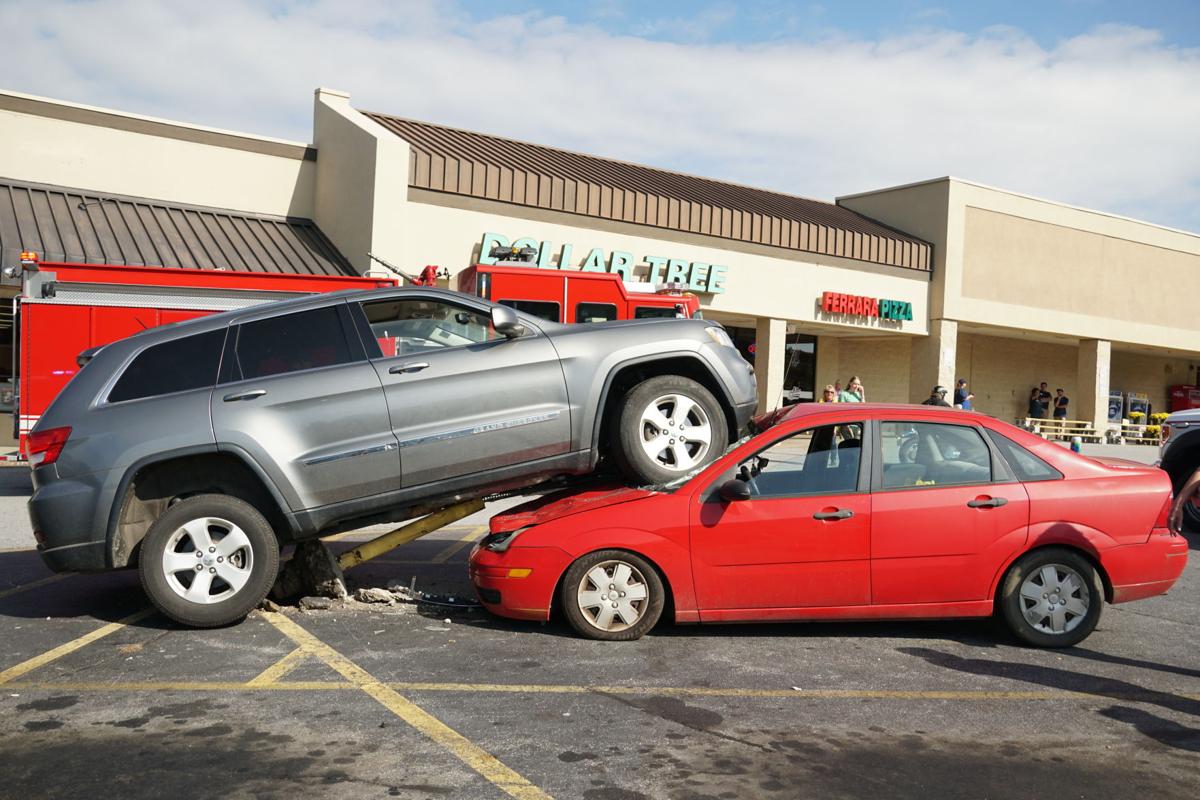 OOPS — No injuries were reported after a grey Jeep Grand Cherokee ran over a parked Ford Focus in the Lakeside Plaza parking lot Friday, Oct. 4. 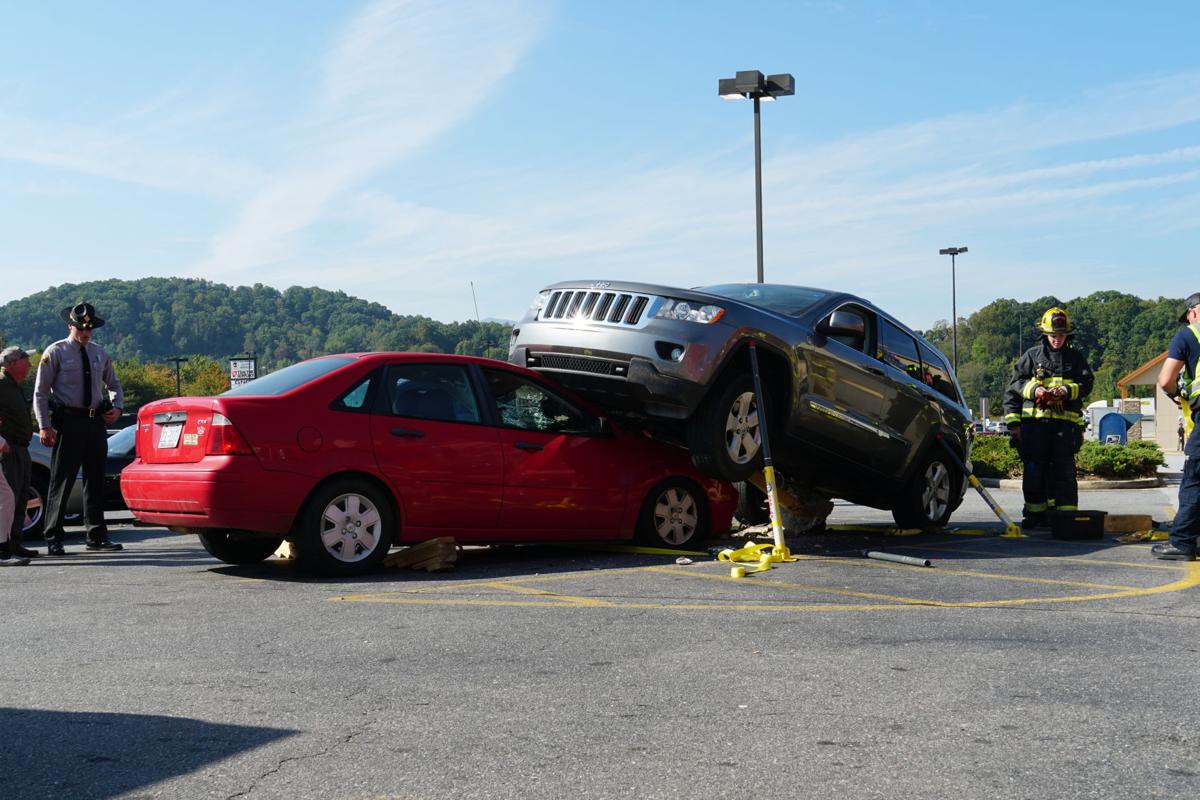 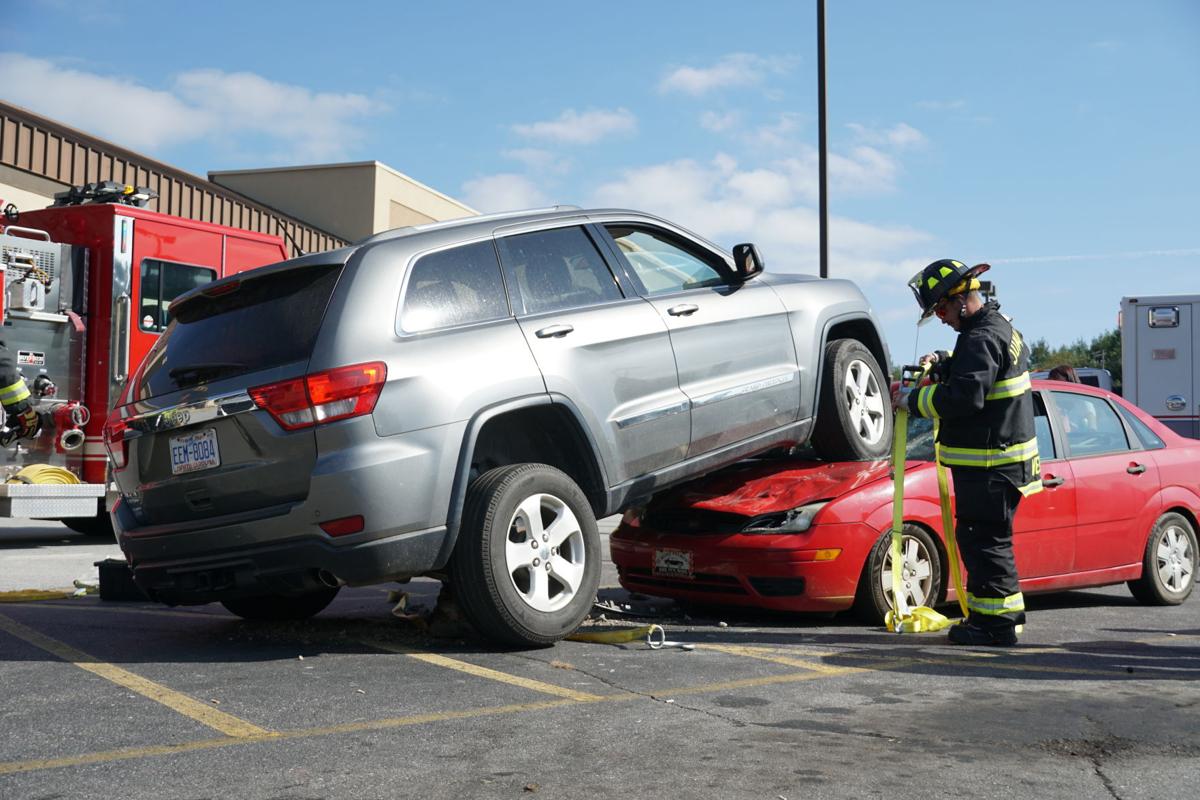 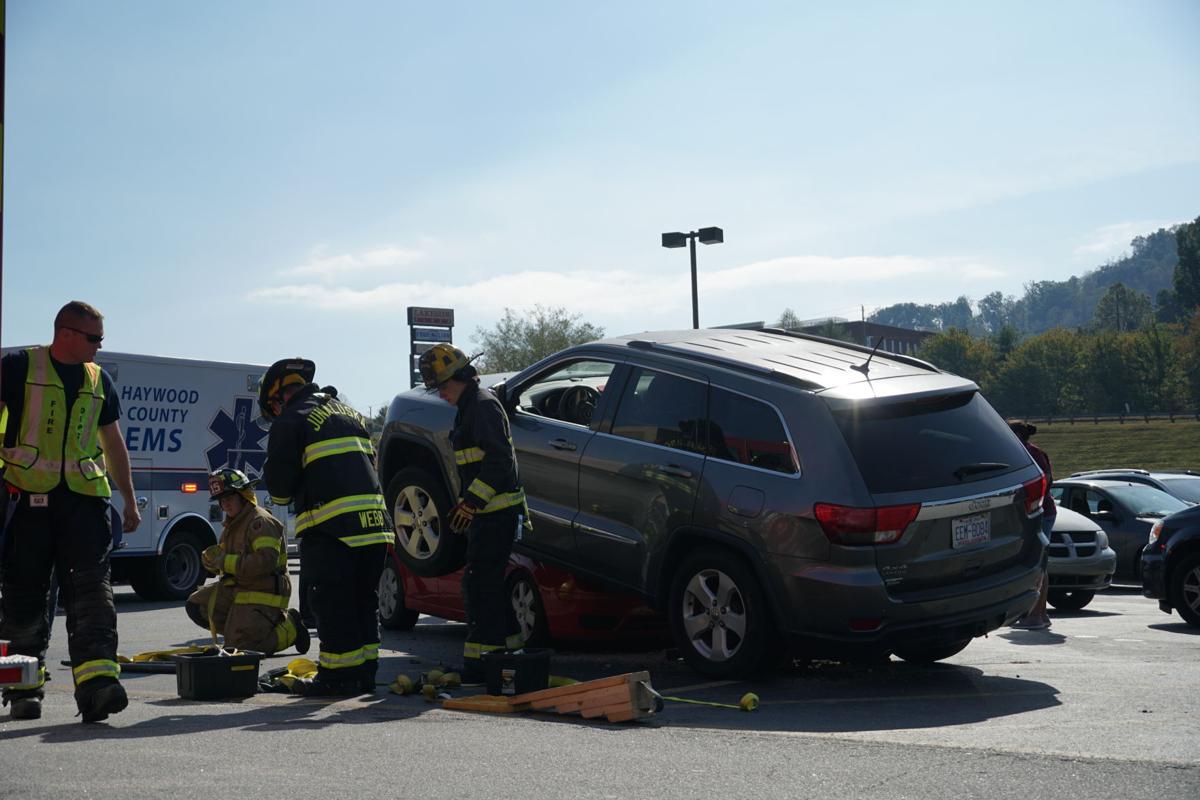 None were injured when a grey Jeep Grand Cherokee ran over a parked Ford Focus the morning of Friday, Oct. 4. 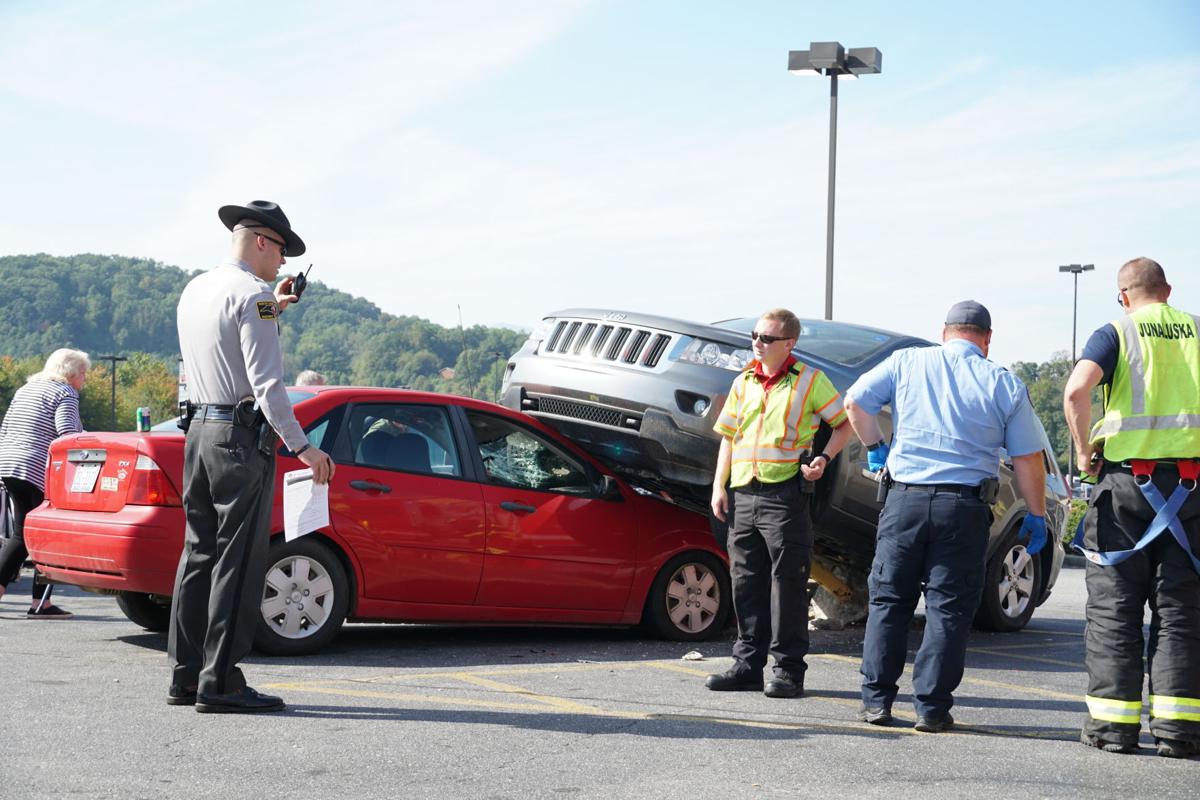 Authorities respond to a wreck in the Lakeside Plaza parking lot the morning of Friday, Oct. 4.

OOPS — No injuries were reported after a grey Jeep Grand Cherokee ran over a parked Ford Focus in the Lakeside Plaza parking lot Friday, Oct. 4.

None were injured when a grey Jeep Grand Cherokee ran over a parked Ford Focus the morning of Friday, Oct. 4.

CLYDE — Hubert Cogburn said he was shopping in the Dollar Tree at Lakeside Plaza when he looked out the window to the parking lot, where his red Ford Focus was run over by a Jeep at about 10:45 a.m. Friday, Oct. 4.

“I looked out the window and said, ‘hell damnation! My car’s been run over,’” Cogburn said.

The driver, Loretta Cross, was released at the scene by emergency medical services, and the passenger in her grey Jeep Grand Cherokee was also uninjured, with nobody inside the red Ford when the wreck occurred.

“I went to put on the brakes, but I hit the gas, evidently,” Cross said.

No injuries were reported in the wreck, and the extent of the damage to the vehicles is unclear, said N.C. Highway Patrol Trooper Trevor Sawyer, responding officer at the scene. No citations were issued, Sawyer said.

“She just pretty much drove straight up on the car,” Sawyer said. “She was just driving through the parking lot — she said she might’ve fainted, lost consciousness for a second — and then just plowed right onto the car.”