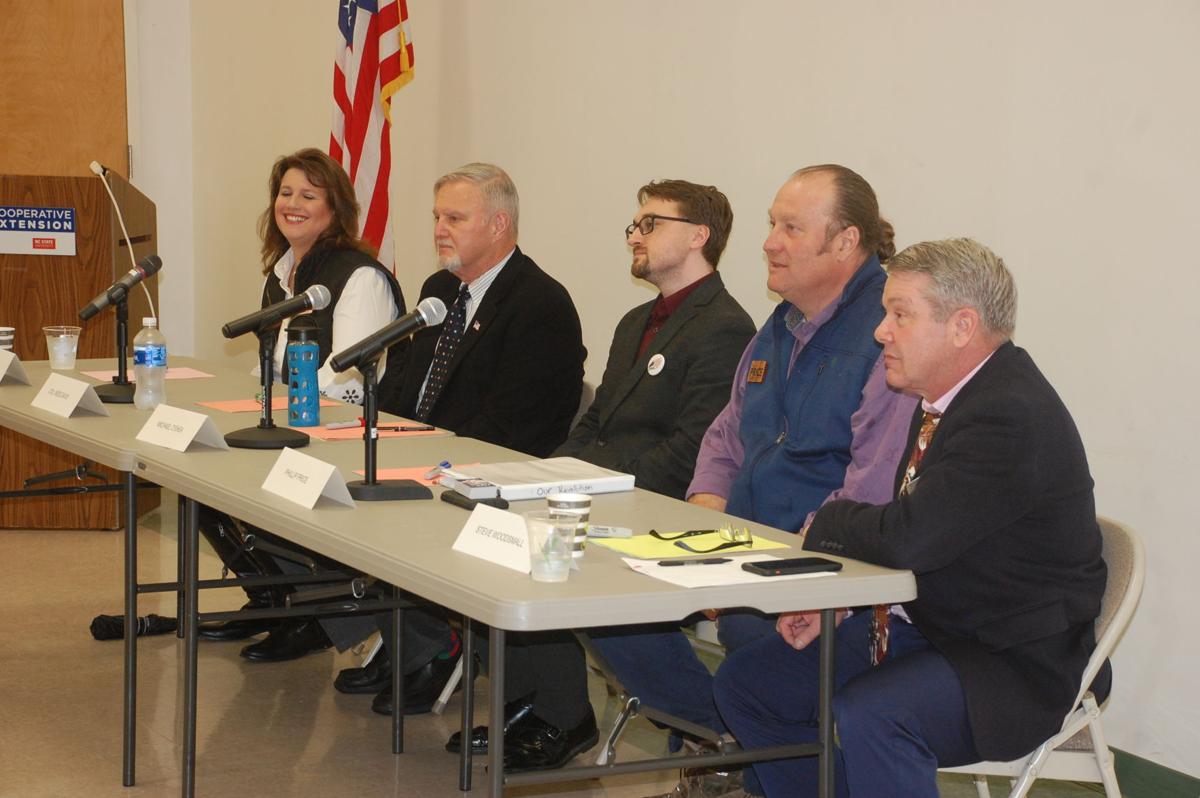 THE CANDIDATES — Here’s a look at all five of the Democrats hoping to win their party’s nomination to square off in the general election against the Republican nominee. Considering Mark Meadows is not running this year and the district favors Republicans less than before, experts believe a Democratic candidate has a better chance of winning than in the last few elections. 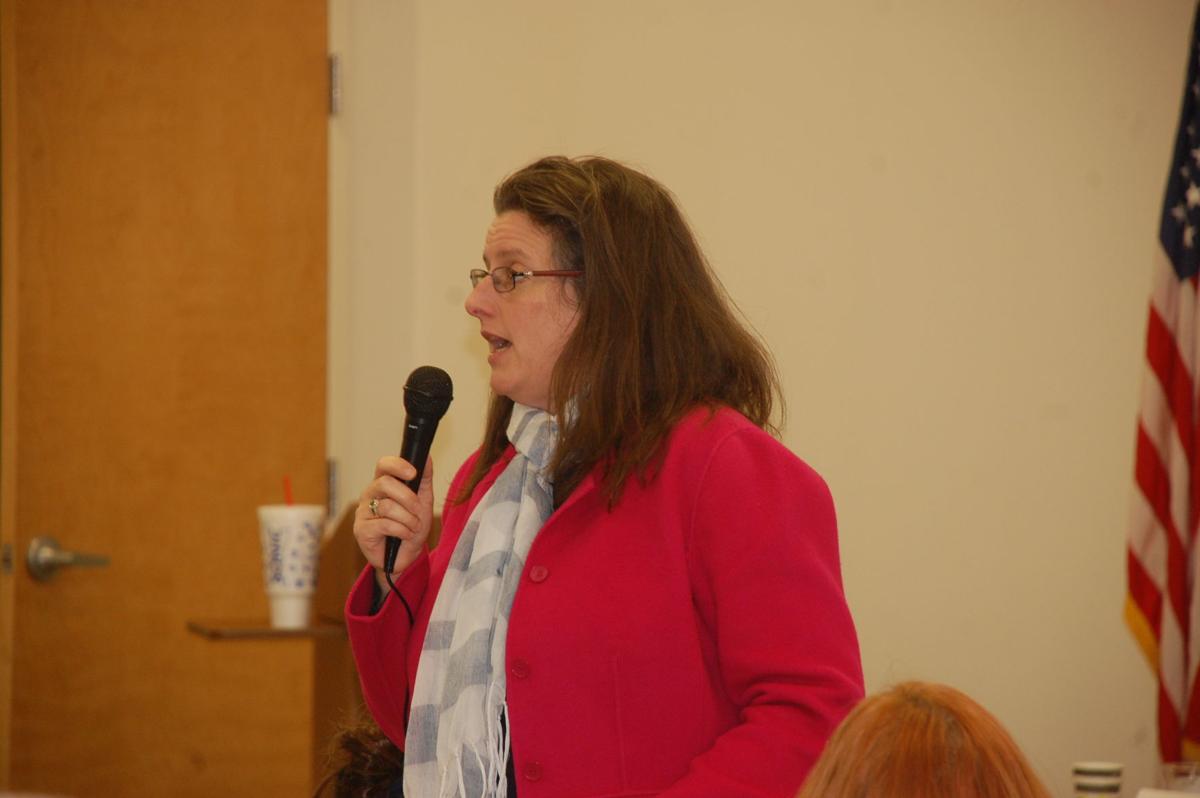 THE MODERATOR — Julia Buckner did a few things to shake the forum up and keep things lively, while also doing her due diligence to make sure the candidates proved they were ready to not only run a successful general election campaign, but also properly represent the 11th district in the House. 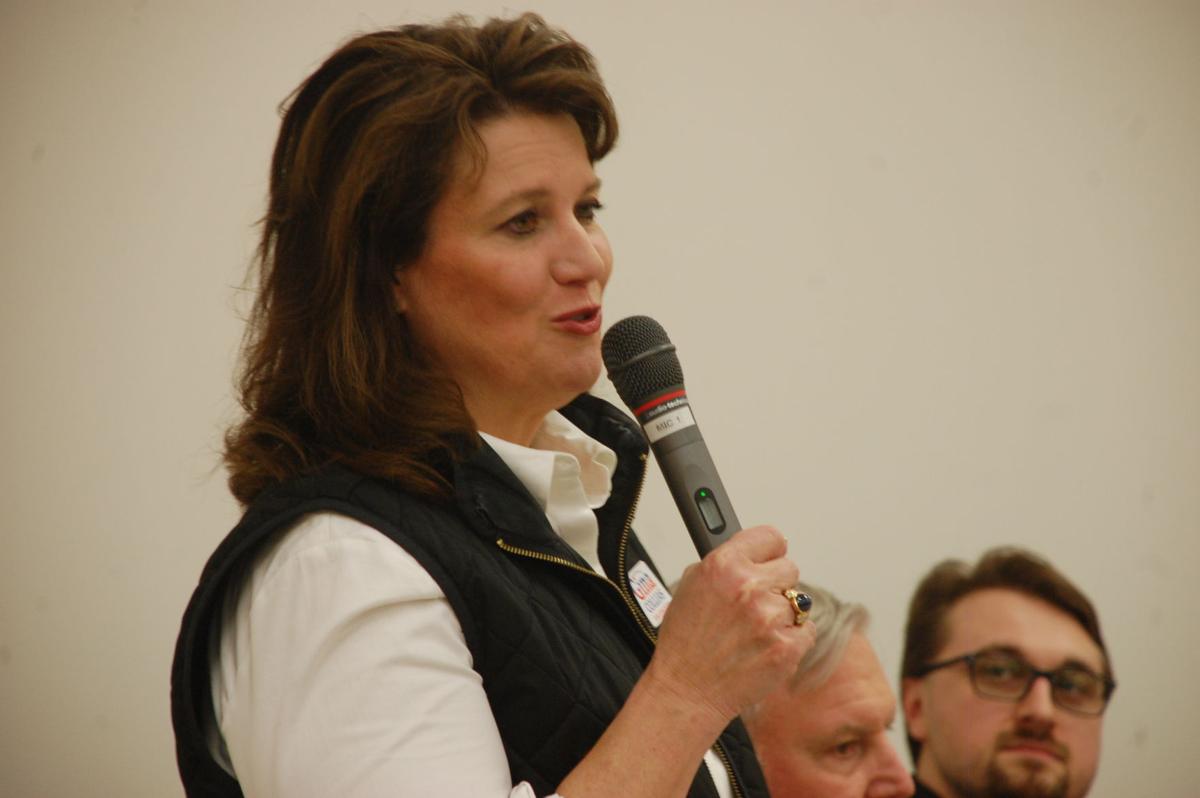 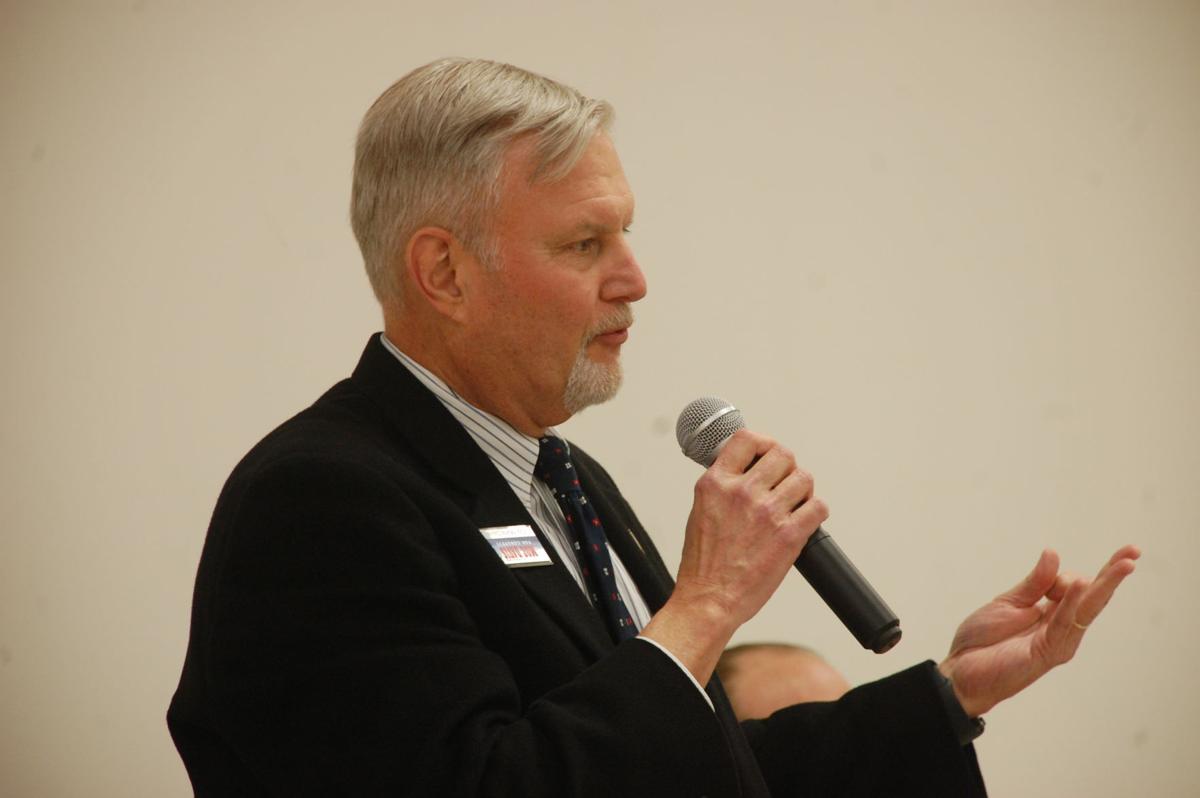 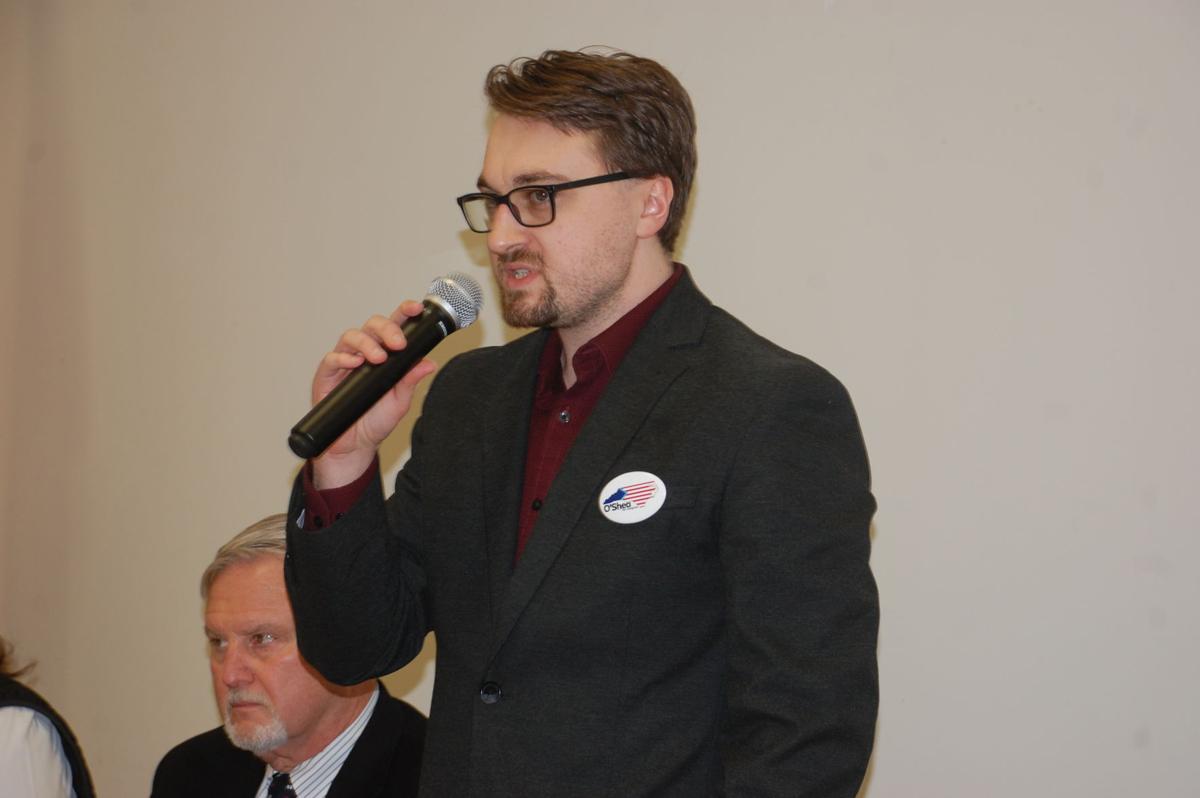 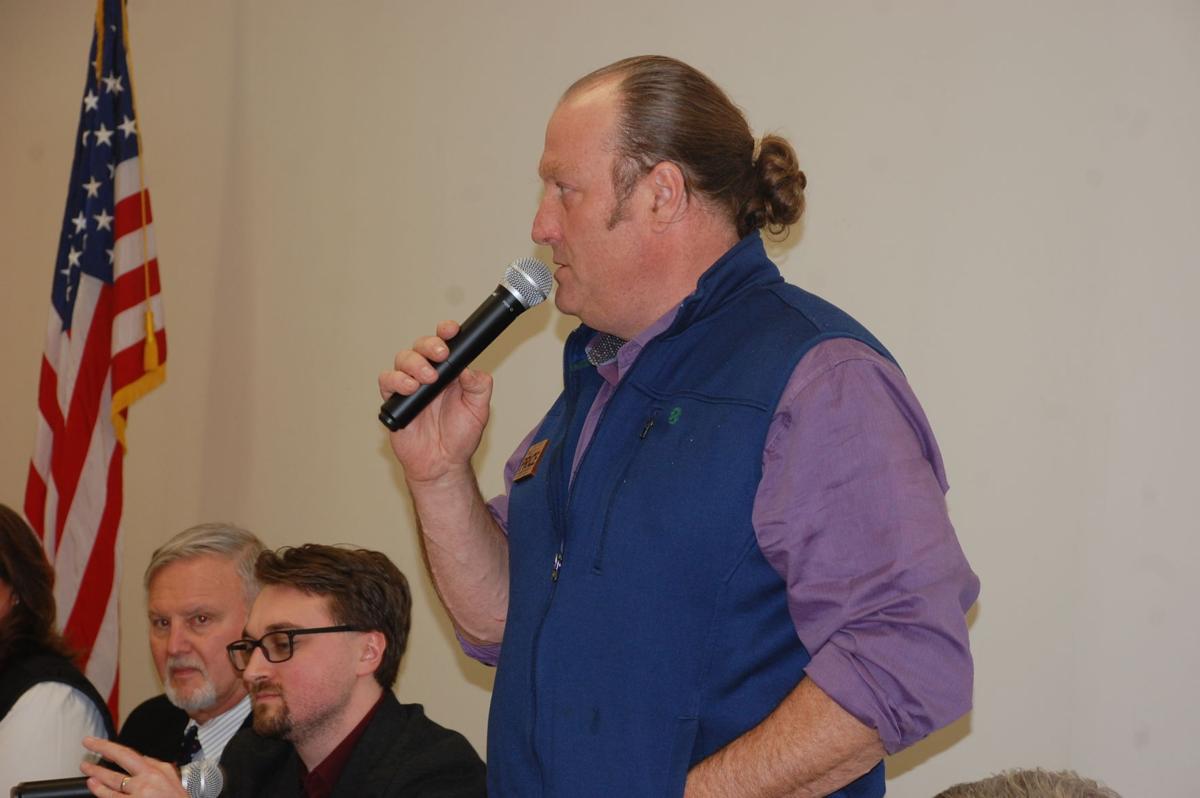 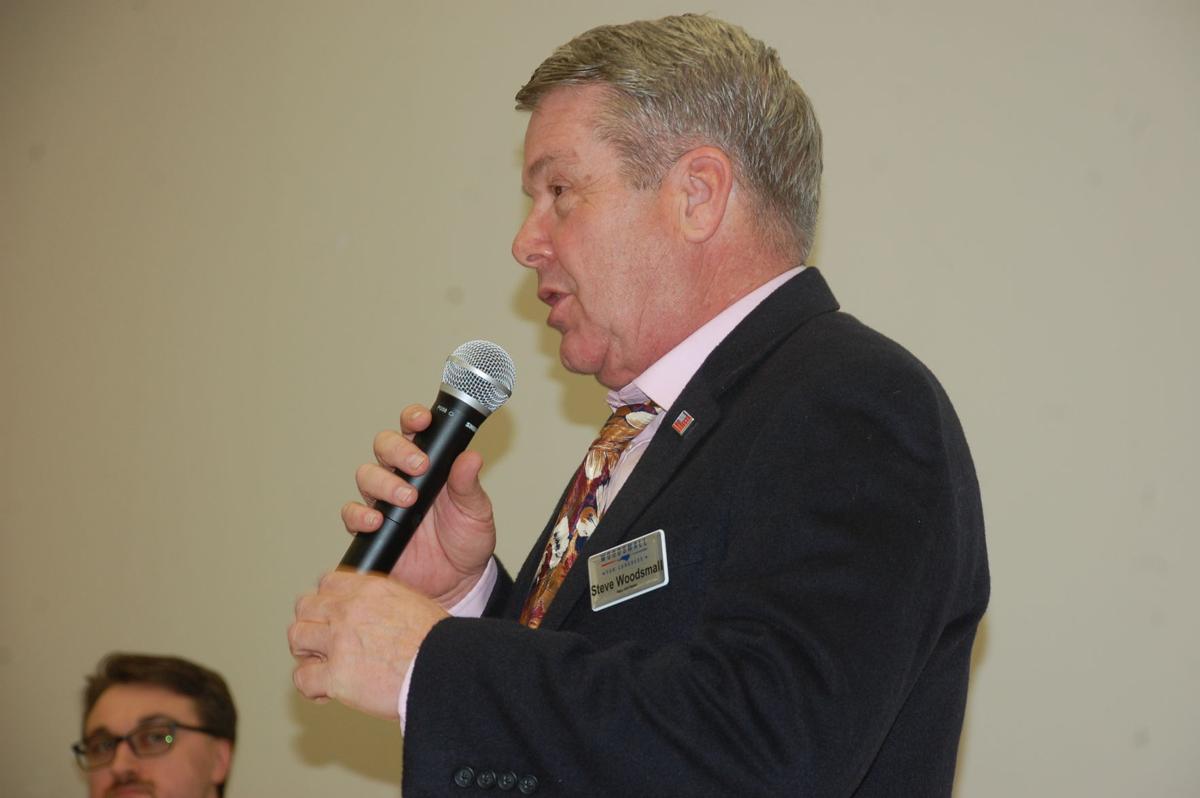 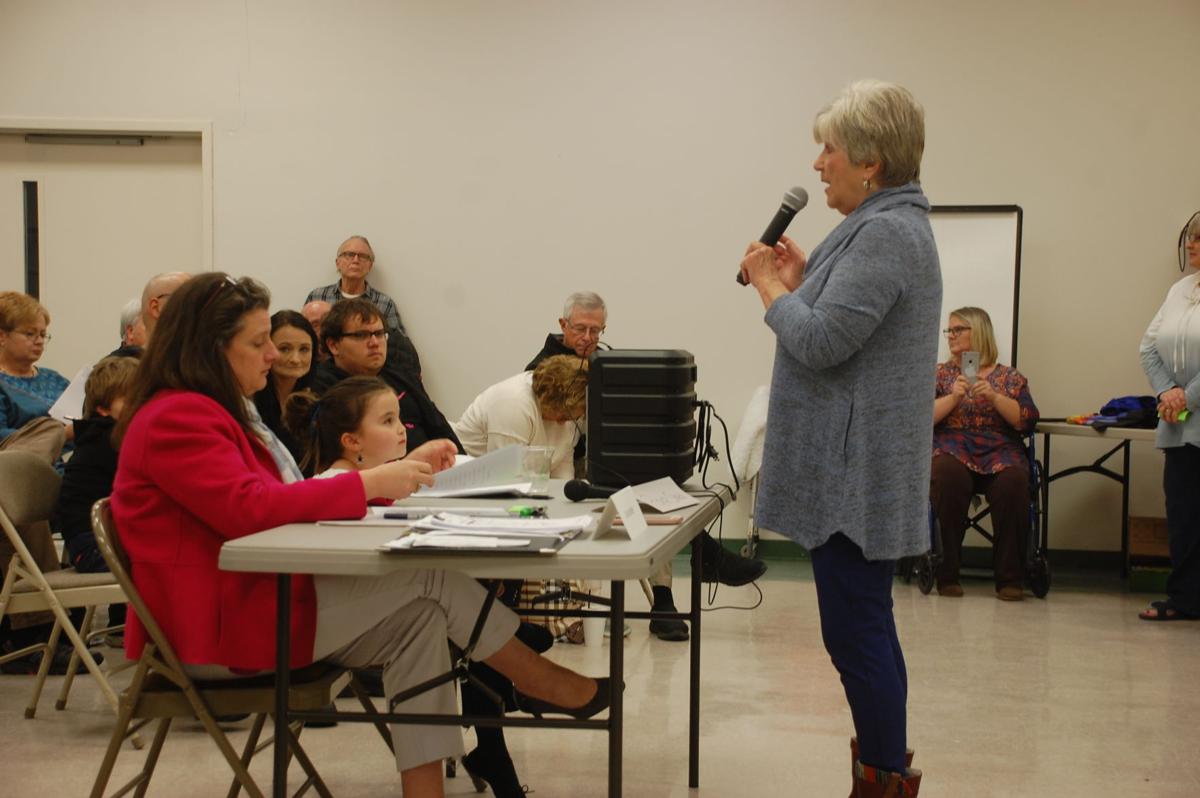 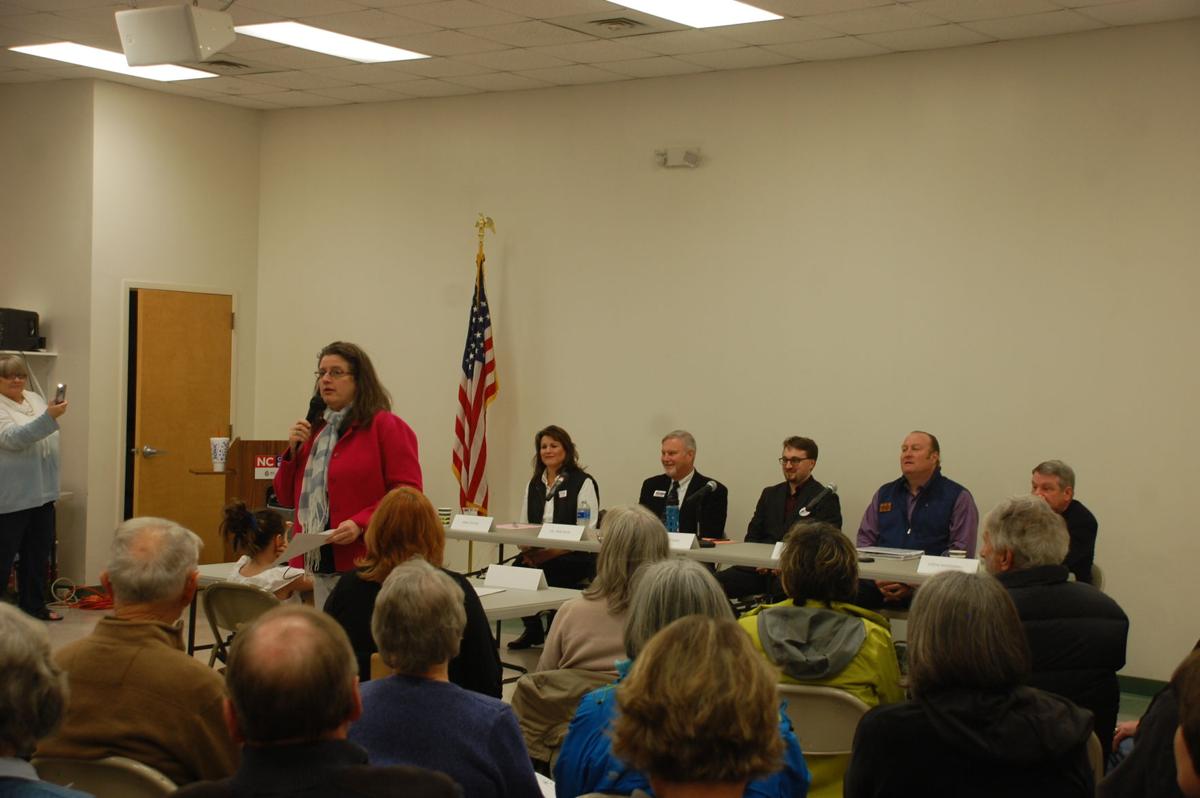 THE CANDIDATES — Here’s a look at all five of the Democrats hoping to win their party’s nomination to square off in the general election against the Republican nominee. Considering Mark Meadows is not running this year and the district favors Republicans less than before, experts believe a Democratic candidate has a better chance of winning than in the last few elections.

THE MODERATOR — Julia Buckner did a few things to shake the forum up and keep things lively, while also doing her due diligence to make sure the candidates proved they were ready to not only run a successful general election campaign, but also properly represent the 11th district in the House.

The event was moderated by Julia Buckner, who offered a different format and some quick wit that kept both candidates and the audience more engaged than they perhaps would have otherwise been.

The event began with Buckner asking a series of quick questions to verify candidates’ qualifications, such as fundraising numbers. One question prompted the candidates to describe the worst thing Mark Meadows did for the district. Answers varied somewhat but were all more general than specific policies.

“I’d say the fact that he has only one constituent, and that’s Donald Trump,” saod Moe Davis.

When asked what one piece of legislation they would push through if given a free pass, most said healthcare, but O’Shea, who touts himself as being more progressive than his opponents, highlighted a bill proposed by Rep. Alexandria Ocasio-Cortez.

“Green New Deal. Not only does it address climate change but it also has a lot of language about economic justice,” O’Shea said.

Perhaps the most interesting moments came when Buckner asked each candidate one question specific to them — questions that focused on obstacles they have faced unique to their campaigns.

She asked Davis about his record standing up against torture while serving as the chief prosecutor at Guantanamo Bay, referencing both a 2008 New York Times article and a more recent Asheville Citizen-Times article (Davis asked the Citizen-Times to retract its story) that stated he actually supported torture at one time.

In his answer, Davis said the Citizen-Times didn’t even talk to him before running its story, and added that he hoped future generations can say that Guantanamo Bay was treated with “the same sense of reverence” as the Nuremberg Trials that followed World War II. His final point was simply a reaffirmation of his belief that torture doesn’t work.

Gina Collias was asked about the fact that just last election, she ran as a Republican in the race for the 10th Congressional District.

Collias said she is a proud Democrat and compared herself to Hillary Clinton and Elizabeth Warren, both of whom used to be registered Republicans. She discussed the values that she believes she holds in common with Democrats, including honesty and the belief that no one is above the law. She said her transition between parties hasn’t been too tough.

“Most people have welcomed me, and I appreciate that,” she said.

Buckner pushed O’Shea on whether his support of Bernie Sanders and general support of progressive policies can really play in Western North Carolina, considering millennials only make up 23 percent of the electorate and the district is generally more conservative.

“Why should we believe you and your progressive values can win this race?” Buckner asked.

O’Shea, a political newcomer who at 32 is much younger than his opponents, said confidently that he believed the party wasn’t focusing enough on defining its values going into the future.

He also talked about ideas that used to be considered progressive that eventually became mainstream.

“I have also been a strong voice of party unity instead of party bickering,” he said.

Buckner noted that during the 2018 election cycle, Price was able to build a grass-roots organization that achieved better results than Tom Hill or Rick Bryson were able to against Meadows, but noted that he got into this election last minute and only after Meadows announced suddenly that he wouldn’t run. In fact, Price had already even endorsed O’Shea before making his announcement to run.

“Tell us why you had a last-minute change of heart, what you’re doing differently and why you will do better this time,” she said to Price.

Price said that even though he declared and filed to run late in the game that he never really stopped being involved after his 2018 general election loss.

“Just because I didn’t show up to Democrat meetings doesn’t mean I wasn’t campaigning,” he said.

Price’s business uses reclaimed wood to fulfill custom orders for everything from doors to floors. Through that business, he said he has been taken to every corner of the district, where he’s had occasion to come into contact with plenty of Republican and unaffiliated voters and hear their concerns.

Ultimately, he called his decision to file once Meadows dropped out a “strategic move.”

“I felt strongly that with my grassroots-organization, branded base and new map I can win this race and will win this race,” he said.

When Buckner arrived at Woodsmall, she noted that he had said in the past that he wouldn’t even attempt to reach out to Republicans or try to win their votes because they “don’t believe in facts.”

“What’s your plan to either, A, get Republicans to support you or, B, register enough Democrats?” she asked, also questioning how he would realistically approach policy making.

“It’s a waste of time to try to deal with people who don’t believe in basic facts and science and truth and integrity,” Woodsmall replied.

He added that he would love to work with Republicans and admitted that there are some reasonable ones.

“But if you think you’re going to sit there and have a rational conversation with someone who fails to accept basic science and basic facts, you’re not going to get anywhere,” he said.

Buckner reframed the question and again asked him how he could get elected.

“We actually don’t need Republicans to win this election,” Woodsmall said. “We need a lot of unaffiliateds, and they lean to the right.”

Next, Buckner asked a series of issue-based questions. First, she asked if the candidates were gun owners and whether the Second Amendment should be repealed. Every candidate except Woodsmall said they own at least one gun.

“If I ever thought we needed one, I would get one,” he said.

When discussing Citizens United, the candidates all agreed that corporate money and dark money should have no place in politics.

After a few more policy questions, things livened up with a “final Jeopardy” style exercise where Buckner would pose a question and candidates would write the first thing that came to their mind on a sheet of paper.

One request Buckner made of the candidates even had them write something they either have in common with or admire about every other candidate in a unity-building exercise.

It is noteworthy that Davis and Woodsmall, who have publicly feuded to a degree, simply wrote that the thing they had in common with the other was their service in the Air Force.

After posing a few audience questions, Buckner asked the candidates to describe an adverse situation they have faced, how they overcame it and why it made them a better candidate for the job.

While all answers offered insights into the candidates, it was perhaps Price’s that seemed most personal — a DWI that occurred over a decade ago and dogged him for a time during the 2018 campaign.

Price described how that mistake made him reevaluate his life, while also gaining a greater degree of empathy and “understanding of the human condition.”

“It’s made me a much better human being,” he said.

At the very end, after brief closing remarks from the candidates, Buckner reminded candidates that the primary was about figuring out the “small degrees” in differences between the candidates and reminded them that they all have the same goal — turning the 11th Congressional District blue.