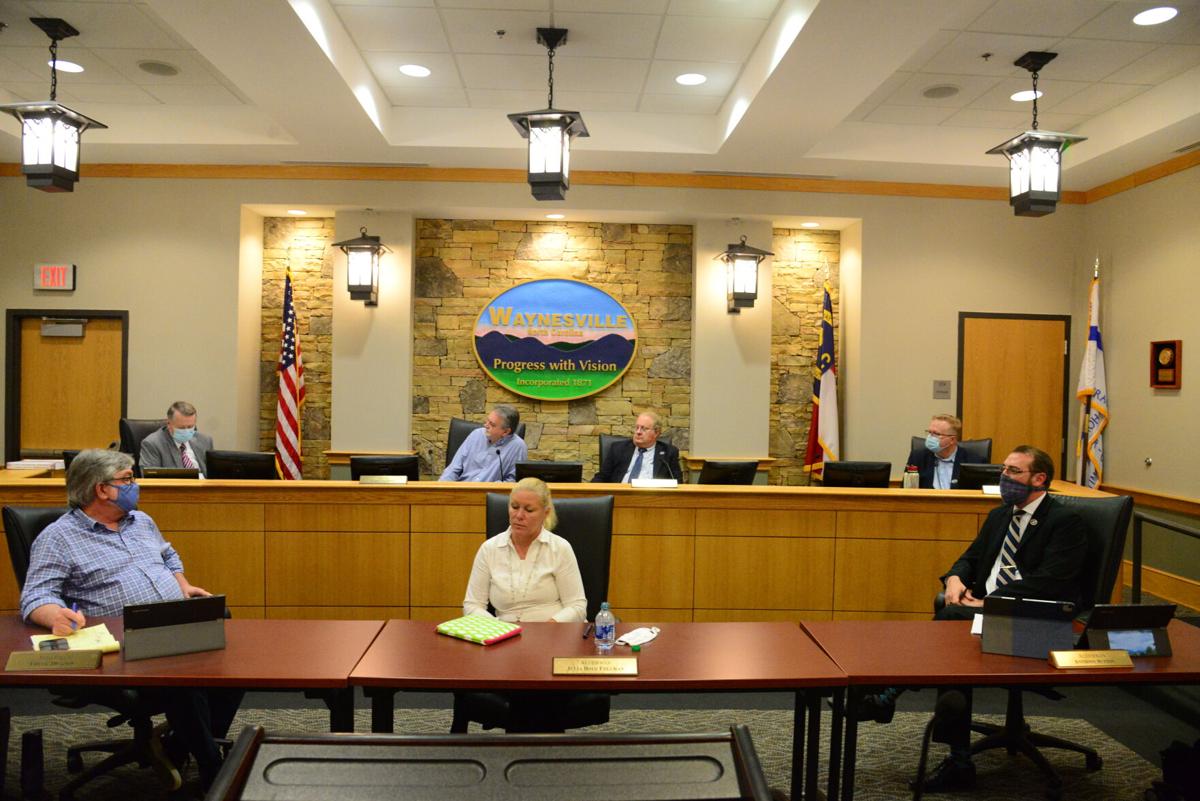 BACK TO THE DRAWING BOARD — The Waynesville town board may once again have to go through the exercise of appointing members to the homeless task force to a rash of empty seats. 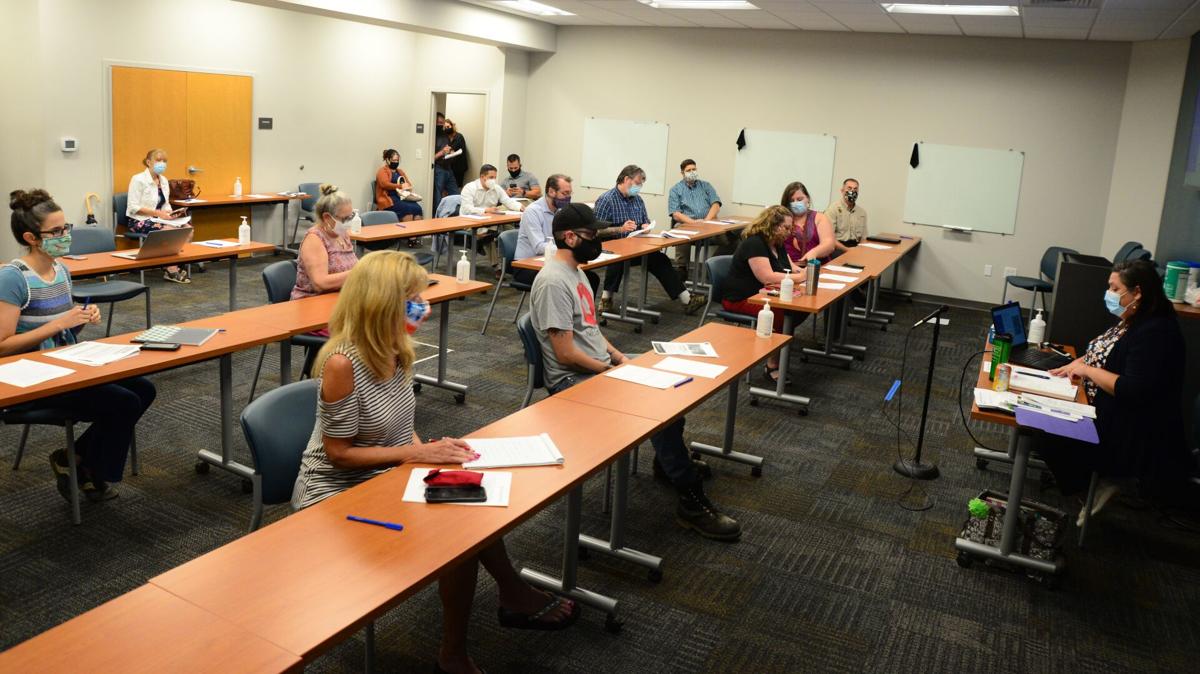 GETTING TO WORK — Consultant Amy Murphy-Nugen (right) will facilitate the Waynesville homeless task force over the coming year, wrangling a multi-faceted issue into a recommended action plan. 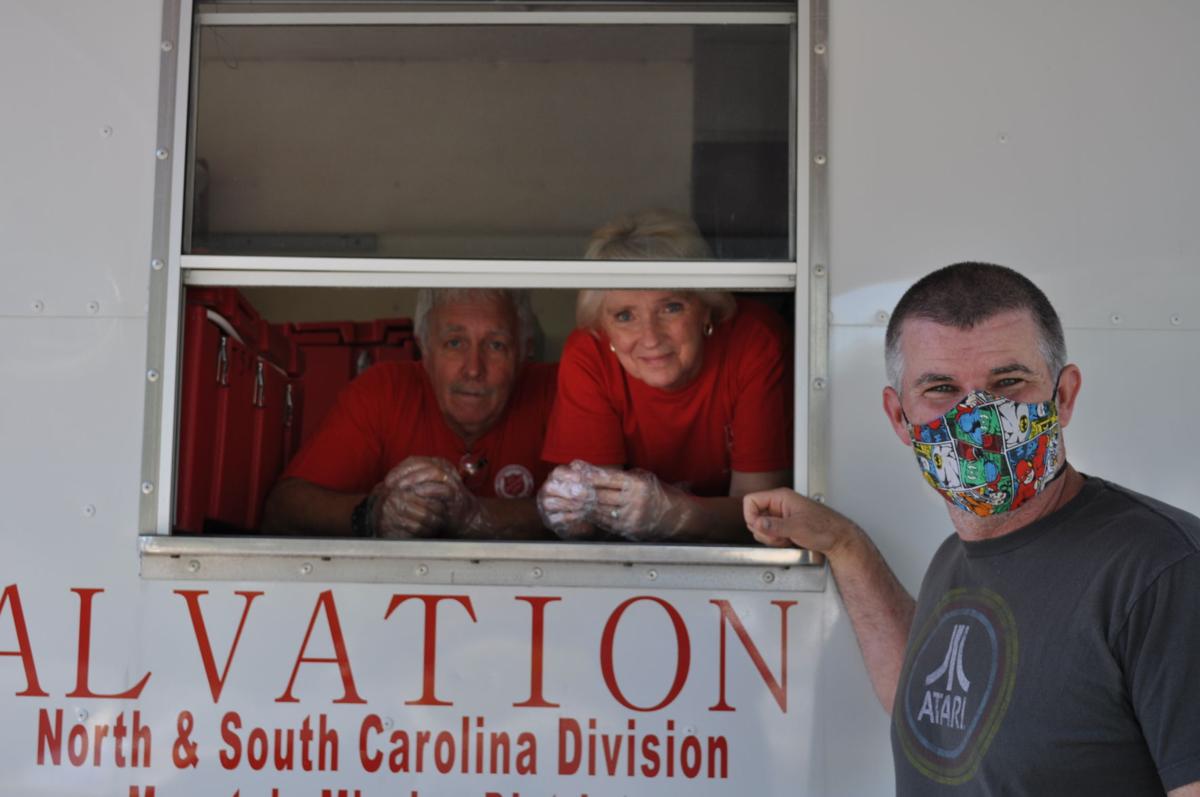 FRONT LINE — Bill Guy, director of the Open Door Ministries and coordinator for the homeless services project opening in West Waynesville, is a member of the homeless task force, but has not attended a single meeting.

BACK TO THE DRAWING BOARD — The Waynesville town board may once again have to go through the exercise of appointing members to the homeless task force to a rash of empty seats.

GETTING TO WORK — Consultant Amy Murphy-Nugen (right) will facilitate the Waynesville homeless task force over the coming year, wrangling a multi-faceted issue into a recommended action plan.

FRONT LINE — Bill Guy, director of the Open Door Ministries and coordinator for the homeless services project opening in West Waynesville, is a member of the homeless task force, but has not attended a single meeting.

The make-up of the Waynesville homeless task force has been a hotly debated topic since the task force was first announced last December — and 10 months later, the issue is still alive and well.

Town leaders have been criticized for packing the task force with those in the nonprofit, social service and faith-based sector, and for short-changing representation by average residents.

A partial do-over may now be in the works following revelations brought to light by The Mountaineer that five task force members have yet to attend a single meeting — comprising a quarter of the 21-member task force.

Yet a sixth previously resigned, and a seventh was hired to serve as the paid facilitator — potentially accounting for turn-over of a third of the initial members since the task force launched in June.

One of the MIA task force members has been Bill Guy, director of the Open Door Ministries that ran a soup kitchen in Frog Level up until this summer when its lease wasn’t renewed by building owners.

The Open Door is both lauded by supporters as a lifeline for the homeless and condemned by critics as the chief culprit of the current predicament.

“I am all for helping homeless people who are trying to help themselves,” said John Baus, a Frog Level resident afflicted by overflow problems from Open Door patrons. “I am not in favor of feeding and attracting homeless people from other areas who are just taking advantage of the services.”

Those following the task force’s work are flummoxed over why the Open Door has been absent. When Guy did not return calls requesting comment, the leadership of Long’s Chapel, which operates the Open Door Ministry, was asked to respond.

“It’s a huge miss that we haven’t been at the table. I recognize the disconnect that creates,” said Tom Owens, the executive pastor for ministries at Long’s Chapel.

Owens said he nor others at Long’s Chapel were aware that Guy had missed the task force meetings since June, and pledged that it would not be the case going forward.

“We will rectify the fact the Open Door hasn’t been represented,” he said.

Laura Howell, who worked at the Second Blessing thrift store run by the Open Door, recalled speaking to Guy about the task force meetings when they were starting up.

“I don’t think he ever really planned to go, to tell you the truth,” said Howell, who recounted that Guy had expressed concerns about attending meetings due to COVID. She said she pointed out he could partake virtually via Zoom, but he didn’t respond.

“It intuitively felt like he didn’t really plan on going,” Howell said.

There’s still the issue, however, of what to do about the other four members of the task force who haven’t been attending the meetings. Following the examination of attendance records by The Mountaineer, town leaders say they likely need to fill the seats that appear to be empty.

“We’d like to get somebody back in those seats before the task force gets really cranking so they wouldn’t be too far behind,” Mayor Gary Caldwell said.

When forming the task force, the town got 32 applications from community members, so there’s no shortage of interested parties.

Two of the members who haven’t been coming said they thought they had resigned.

“I reached out and sent a couple emails stating I was no longer available to be on the task force and never got any kind of response back,” said Howell, who moved out of town to take care of her mom.

Meanwhile, Linda Nulsen said she told the task force facilitator in a phone call that she couldn’t serve after all.

“It was a long time ago,” Nulsen said. “I am disturbed that I was left on the roster and it looked like I hadn’t been coming, when there are so many people who wanted to be on that.”

The task force facilitator, Amy Murphy-Nugen, said anyone who wanted to resign had to do so officially by sending an email to the town.

A fourth member who hasn’t been coming, Neese Morris, is still figuring out whether she will be able to participate down the road, Murphy-Nugen said.

The fifth and final member who hasn’t been coming is Theresa Pierce, the co-owner of Panacea Coffee House who was named by Mayor Caldwell to represent Frog Level merchants. Panacea closed in March due to COVID and hasn’t reopened, and the town doesn’t have a working phone number or email on file for her.

Jan Stanley, the owner of Depot Village in Frog Level, said it’s a shame Frog Level hasn’t been getting represented.

“She either needs to show up or step down,” Stanley said.

Stanley said Frog Level merchants need someone on the task force to convey the issues they face — citing stabbings, drug deals, prostitute solicitation, and most recently the rape of a homeless woman.

Waynesville Alderman Anthony Sutton said part of the issue is crime in general.

“The perception is they are all homeless, but they aren’t,” Sutton said. “People go down there to hang out.”

Back to the pool

Aside from the two members who say they resigned, the one in limbo, and the one who can’t be reached, there’s yet another seat in question: that previously held by the task force facilitator, Murphy-Nugen.

She was initially appointed as a task force member, but was later hired by the town to serve as the facilitator of the year-long process.

The town board has not brought up the issue since hiring Murphy-Nugen, so it’s not clear whether she will remain a voting member while doubling as the paid facilitator, whether her seat will just be vacant, or whether someone else will be appointed to it.

As for how to fill the vacant seats, Mayor Caldwell thinks they should use the same process as the initial appointments.

Each town aldermen picked three people, and then rounded out the ranks with key stakeholders for a total of 21.

Naming replacements should fall back to whichever alderman had named that task force member initially, Caldwell said. For him, that will mean naming someone new to represent Frog Level.

“If you don’t have representation for that area then you defeat the purpose you are doing this for,” Caldwell said. “You got to have some balance. That’s the reason we did it the way we did it.”

The way it seems to be shaking out, every single town board member will end up replacing one of their initial appointments.

Murphy-Nugen said she has been impressed with how many community members have stepped up not only to serve on the task force, but also the five subcommittees tackling different facets. These so-called working groups actually included additional members that aren’t on the core task force.

“It’s wonderful there are a lot of committed people in the community who want to be involved,” she said. “We need the community’s support, knowledge and commitment.”

Even before the latest conundrum of MIA task force members, the town had already faced one resignation. Former task force member Joey Reece attended only two meetings before deciding it wasn’t for him, calling the task force slanted.

Early on, Reece had challenged the task force’s mission statement, which centers on fighting the stigma of homelessness and providing additional resources and services to help the homeless. Reece felt it should at least mention solving the trickle-down problems caused by some of the homeless people.

“The homeless are a minutely small subset of the residents of the town, but I feel like the task force is putting the interests of the homeless over 99.99% of the town at large,” said John Baus, both a resident and business owner in Frog Level who had applied for the task force but didn’t get a seat. “I am 100% in agreement with helping people, but there is the law of unintended consequences.”

When Reece stepped down, the job of appointing a replacement fell to Alderman Jon Feichter, who originally appointed Reece. Feichter was sympathetic to concerns about the lack of representation by average residents — he had even proposed expanding the task force by two members to add more regular people.

So when replacing Reece, he went back to the original applicant pool and chose someone of the same vein: Wanda Brooks, a property owner across the street from Pathways.

Brooks said she definitely feels outnumbered on the task force, but someone had to represent average residents.

“Unless they live it, they have no idea how bad it can be for you financially, how scary it can be, how bad it can be emotionally,” Brooks said. “I am going to try to open my mind and listen to them, too. I know it will have to be a compromise. We need to help get them off the street without enabling them. It is a fine line.”

Talk of another homeless shelter sparks concern over location