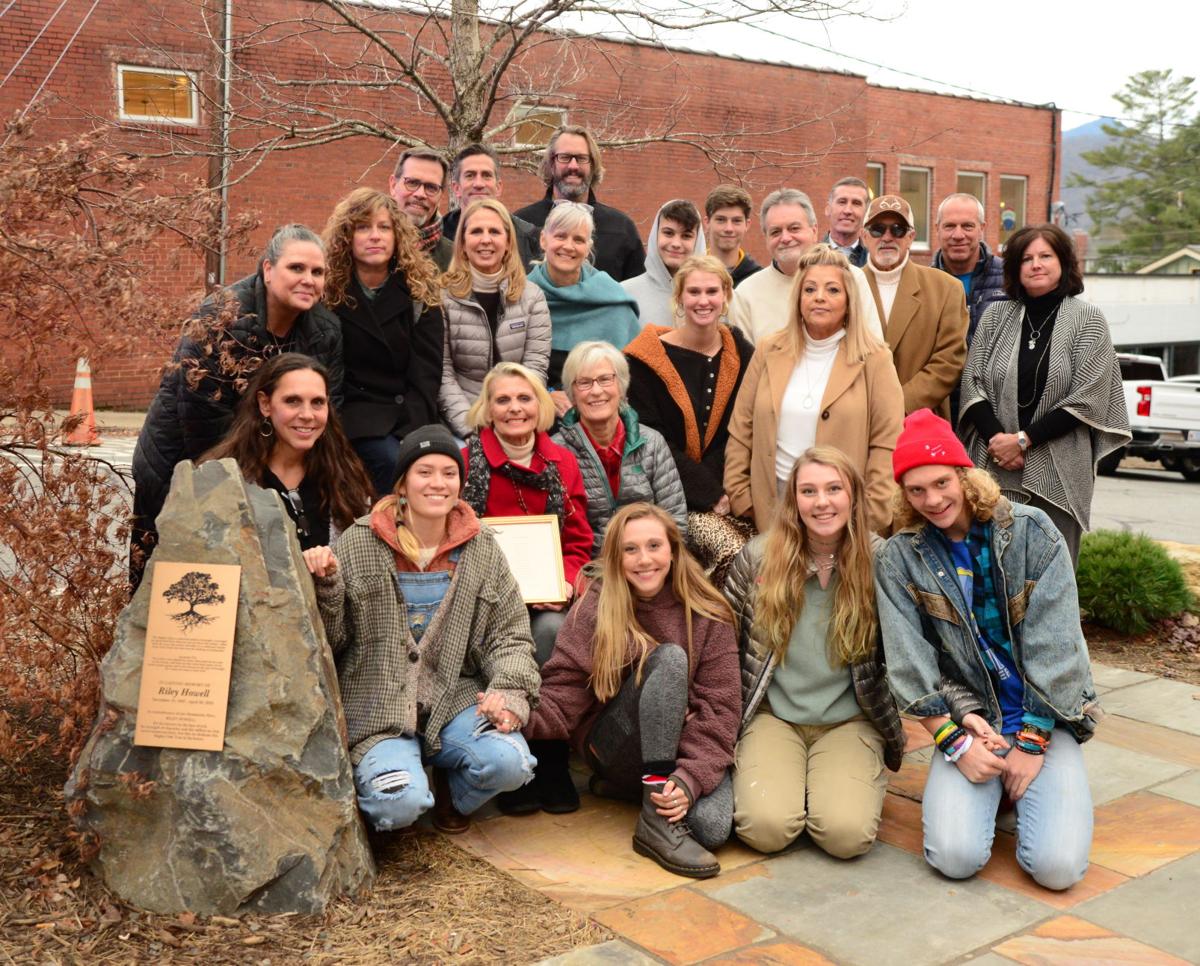 SYMBOLIC TREE PLANTING — A small gathering of family and friends attend a dedication ceremony for the Riley Howell memorial tree on Main Street in Waynesville in December. 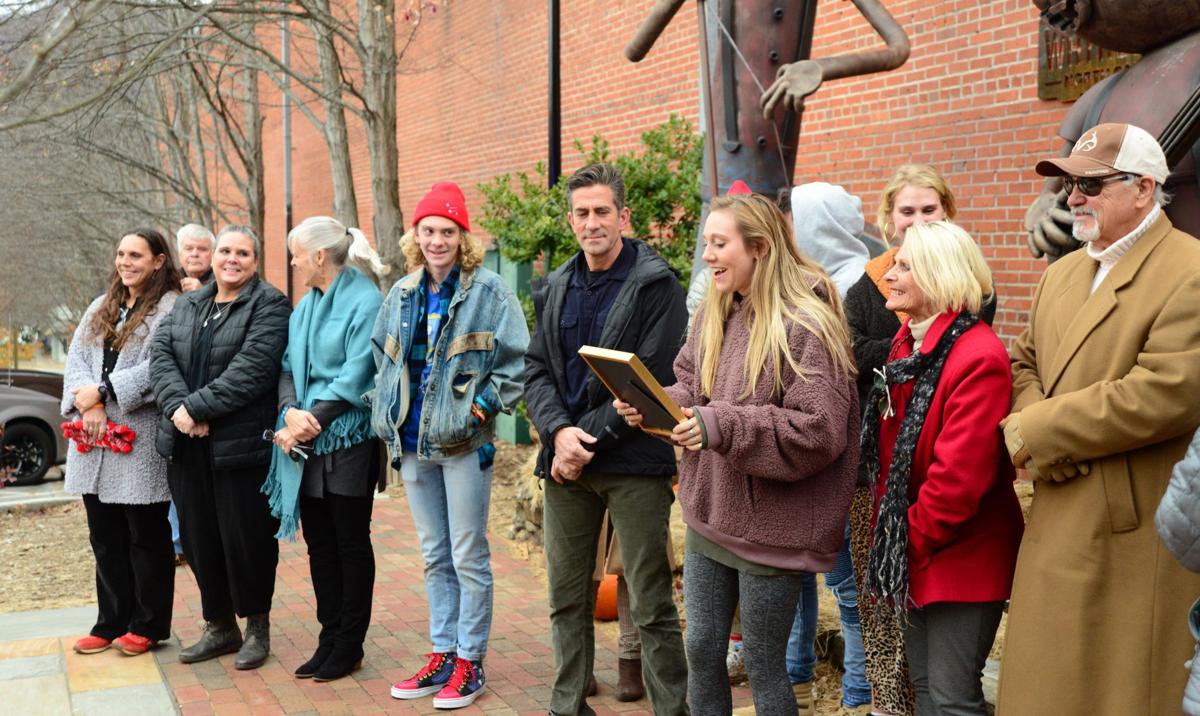 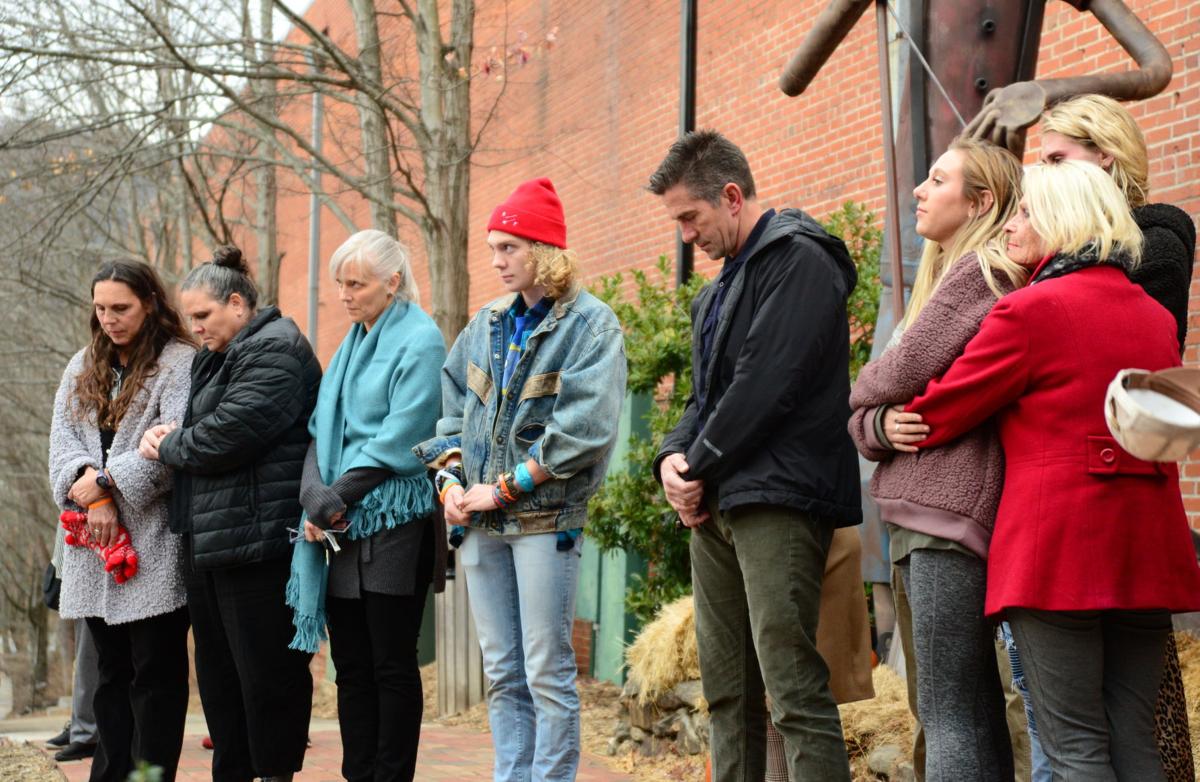 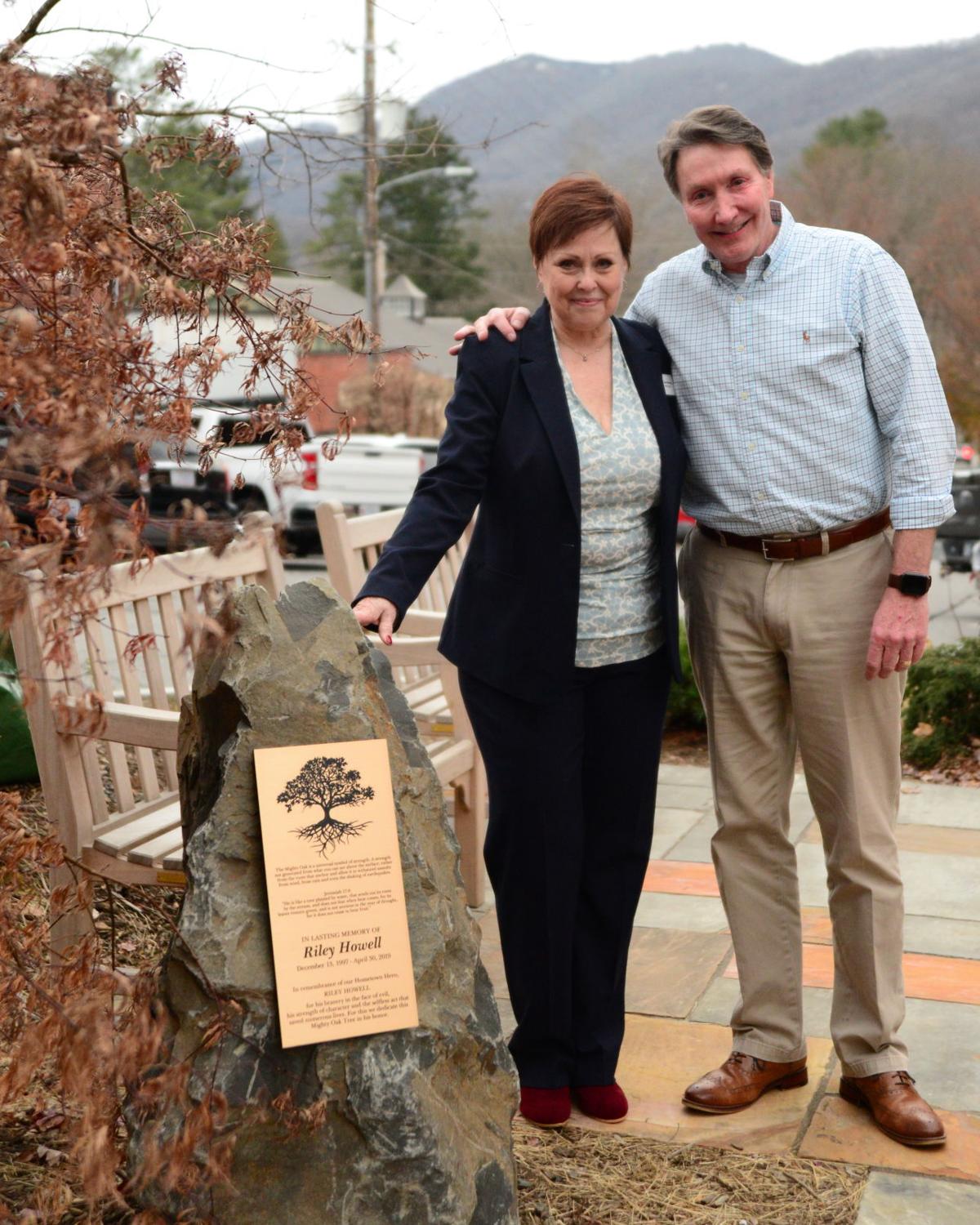 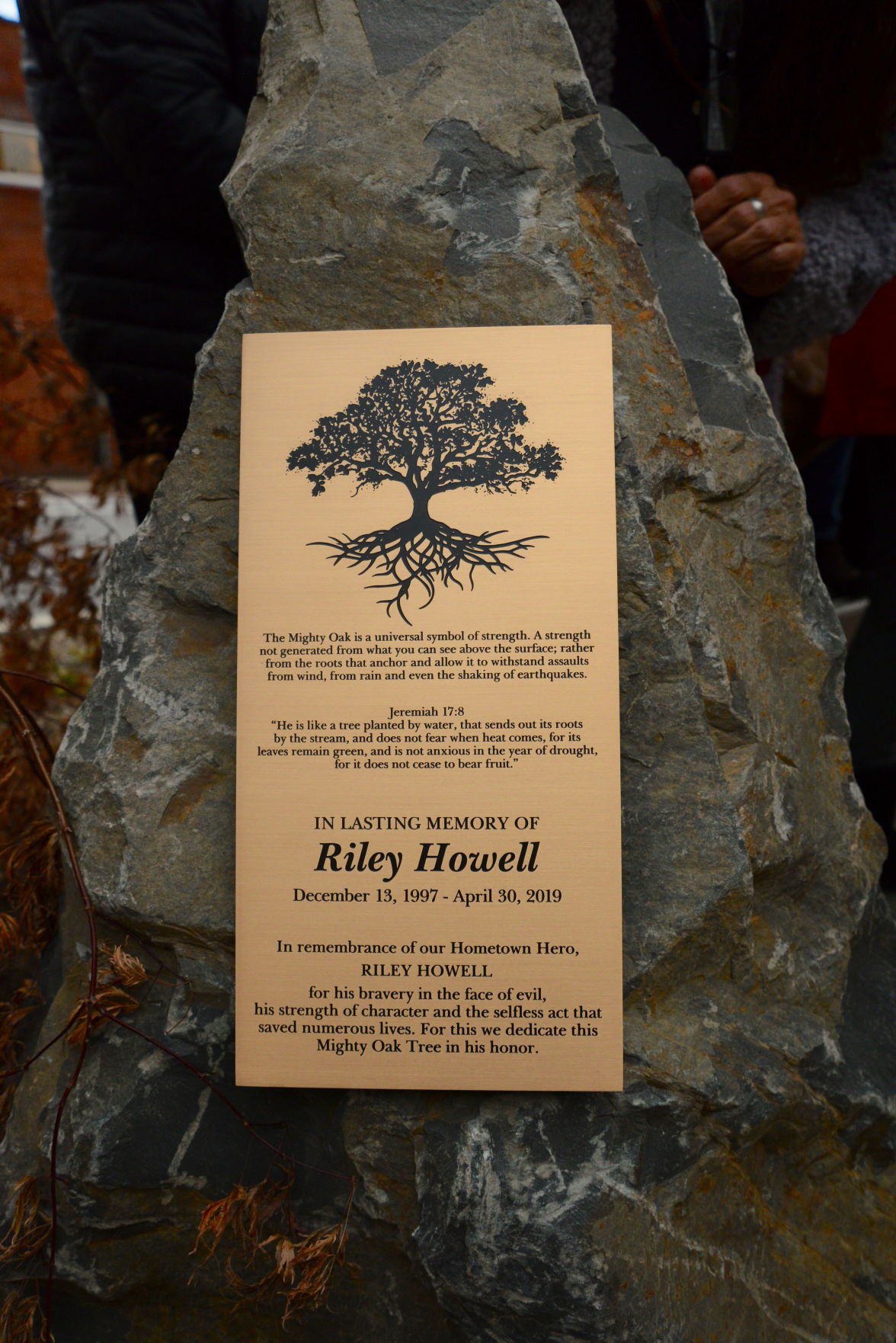 SYMBOLIC TREE PLANTING — A small gathering of family and friends attend a dedication ceremony for the Riley Howell memorial tree on Main Street in Waynesville in December.

The tree is marked with an amber-toned plaque set in a natural stone by its base.

“In remembrance of our hometown hero Riley Howell, for his bravery in the face of evil, his strength of character and selfless act that saved numerous lives,” the plaque reads.

The tree was commemorated in December by a small gathering of friends and family, who reflected on Riley and his sacrifice with a poem, prayer and touching remarks. Despite the solemn occasion, the dedication was an uplifting remembrance of the light Riley brought to the world.

The memorial tree was a gift from the RE/MAX Executive real estate team.

“We wanted to create a memorial to ensure Riley’s legacy would live on well beyond any of us — both to honor him and his iconic family lineage here in Haywood County,” said Ron Breese, broker with the Waynesville RE/MAX office. “Riley is and will always be a shining example of spirit and strength of character and should never be forgotten.”

An internal Go Fund Me campaign among a regional group of 12 RE/MAX Executive office locations raised money for the tree planting and plaque, along with a donation to the Riley Howell Foundation.

The president for the regional RE/MAX group, Hadi Atri, lives in Charlotte, and several staff in the Charlotte office have children who attend UNC-Charlotte where Riley stood up to a school shooter to save the lives of his peers.

“He is not only an icon for our community, but for so many people across the country,” said Deb Isenberg, office manager for RE/MAX Executive Waynesville.

May the Force Be With You: Jedi Master status is the latest tribute bestowed on Riley Howell

Riley Howell will long be remembered for sacrificing his own life to save others when a shooter stormed his class at UNC-Charlotte.