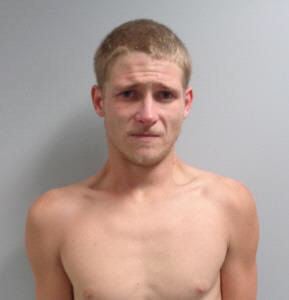 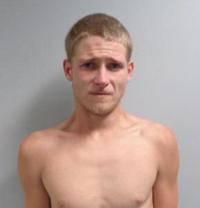 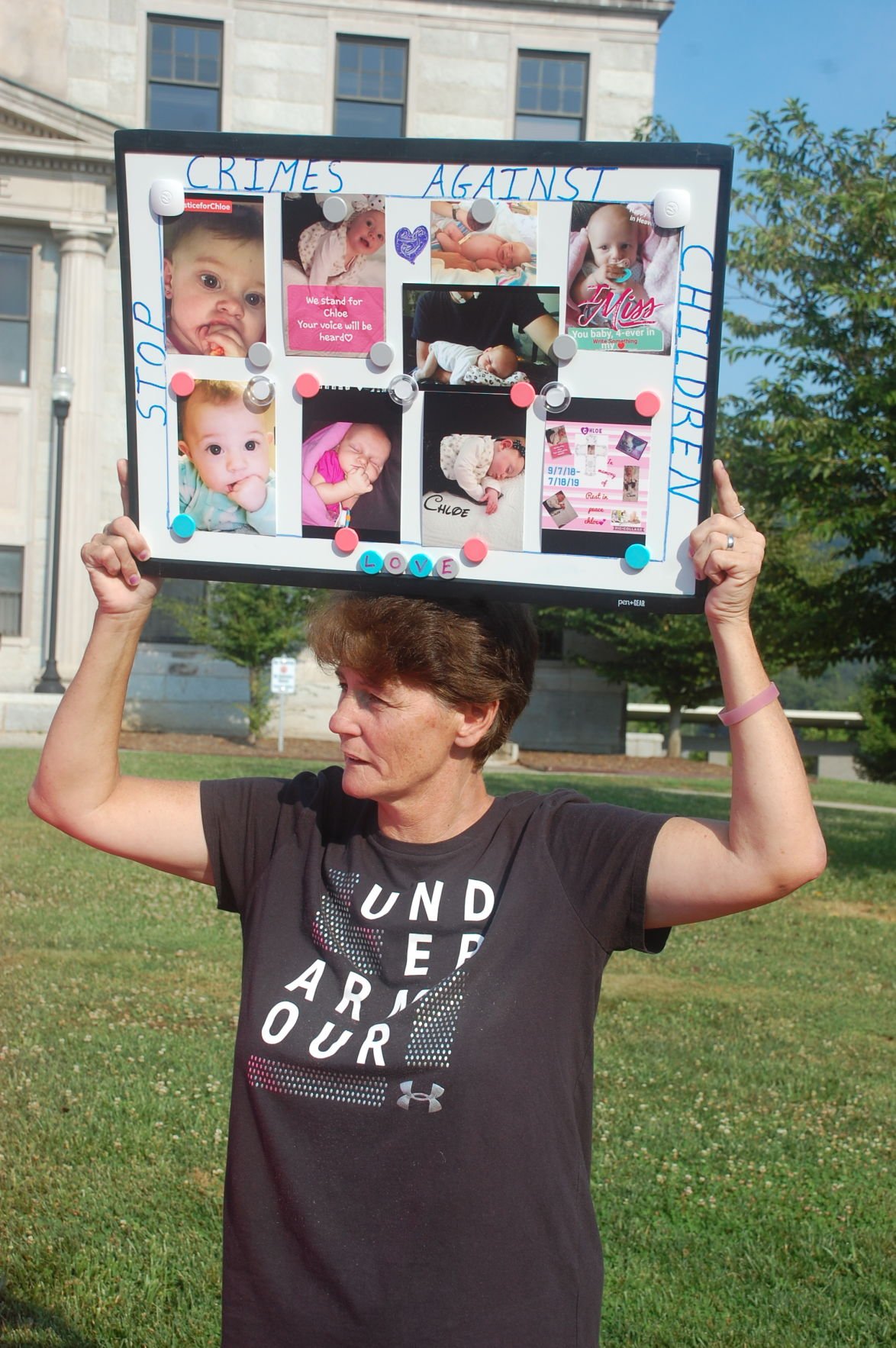 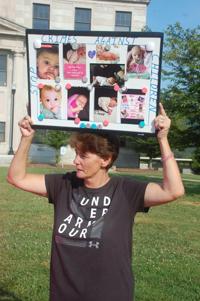 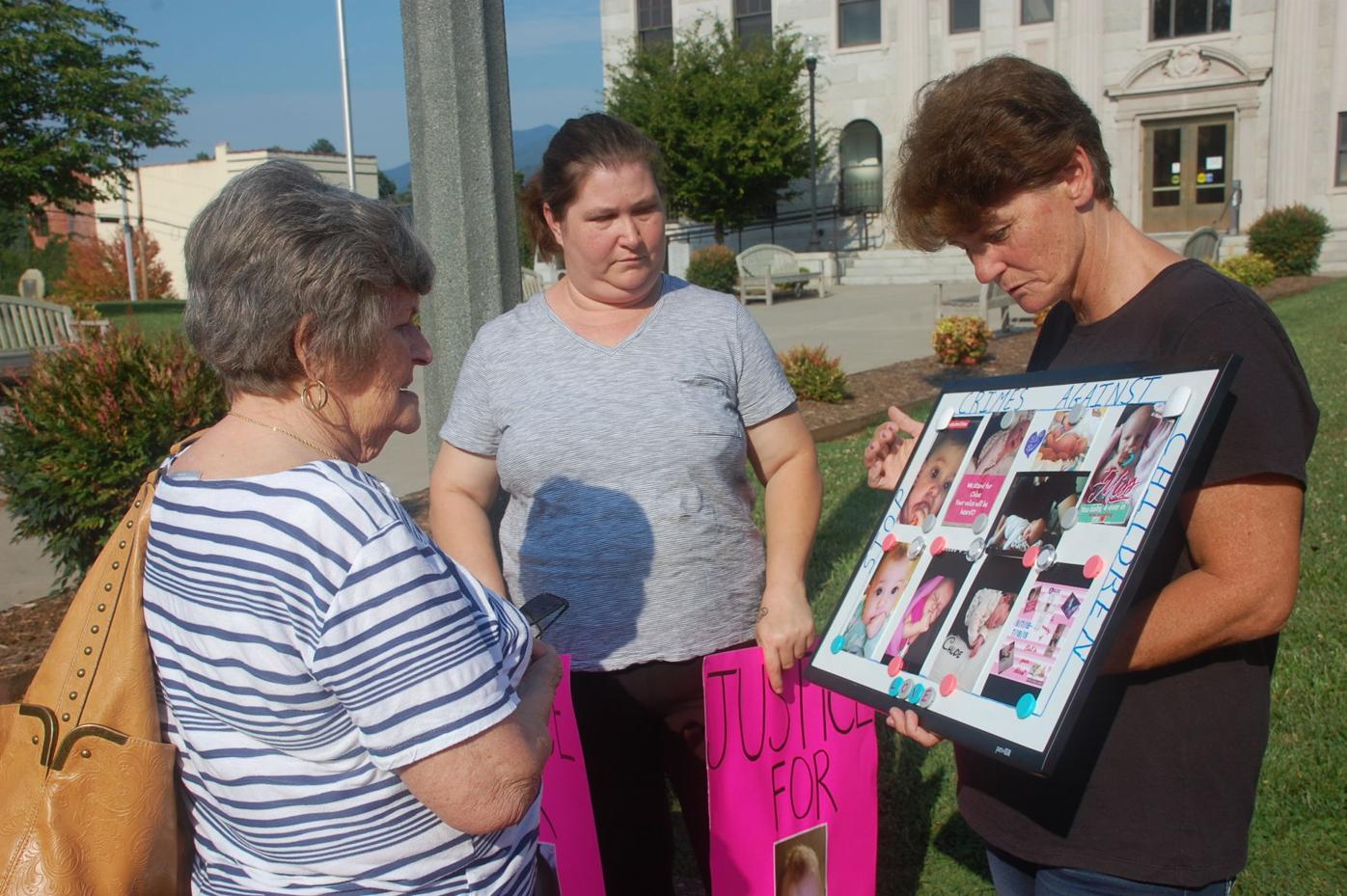 SEEKING JUSTICE — Pat Butler, left, wasn’t originally taking part in the demonstration, but she took her time to come over and share her story of taking custody of her great grandchild with Kimberly Freeman, grandmother of Chloe and Aurora Evans.

SEEKING JUSTICE — Pat Butler, left, wasn’t originally taking part in the demonstration, but she took her time to come over and share her story of taking custody of her great grandchild with Kimberly Freeman, grandmother of Chloe and Aurora Evans.

More than a year after 10-month-old Chloe Evans’ homicide, her mother’s boyfriend has finally been hit with charges directly related to the death.

Last week, Dylan Brian Green was indicted by a grand jury on the first-degree murder charge — a charge many in the community have been awaiting for quite some time.

On July 18, 2019, Haywood County paramedics responded to a cardiac arrest call in the Jonathan Creek area. They rushed Chloe to the hospital, but it wasn’t long before she passed away. Not long after, the Haywood County Sheriff’s Office put out a news release stating that the death was determined to be a homicide.

In August of last year, Green, already in jail on a meth charge, was indicted on one felony count of child abuse causing bodily injury. That indictment notes that, in addition to the multitude of traumatic injuries sustained, the baby had alcohol and methamphetamine in her system when she died.

The indictment reads that at the time the injuries were sustained, Green was caring for the baby.

But even after that charge, folks in Haywood became restless. At an event in front of the Historic Haywood County Courthouse, Chloe’s grandmother Kimberly Freeman assembled about a dozen other people to demand justice. At that event, she said it was hard to remain patient as the investigation progressed.

“Someone needs to be charged with murder,” she said.

Also at that event was Jayne Webb, the maternal grandmother of Kyler Presnell, another baby whose death was ruled a homicide. His paternal grandfather, Tony Coleman, was eventually given a 20-25 year prison sentence in the murder.

“Anyone who hurts a child needs to be brought to justice,” Webb said.

“The injuries consisted of multiple blunt force injuries of varying ages and degrees to the child’s head, face, ears, chin, neck, torso, back, arms, and legs, as the case may be, and such injuries included rib, leg, and arm fractures of varying ages, bruises, abrasions, multiple recent skull fractures, internal bleeding of the child’s head, brain, and eyes, a burn or burns of the skin, a human bite mark, a wound consistent with strangulation by a ligature upon the neck, and the presence of isopropanol and/or methamphetamine in the child’s body,” the indictment reads.

Green is now being held without bond and is scheduled to appear in court on Oct. 26.