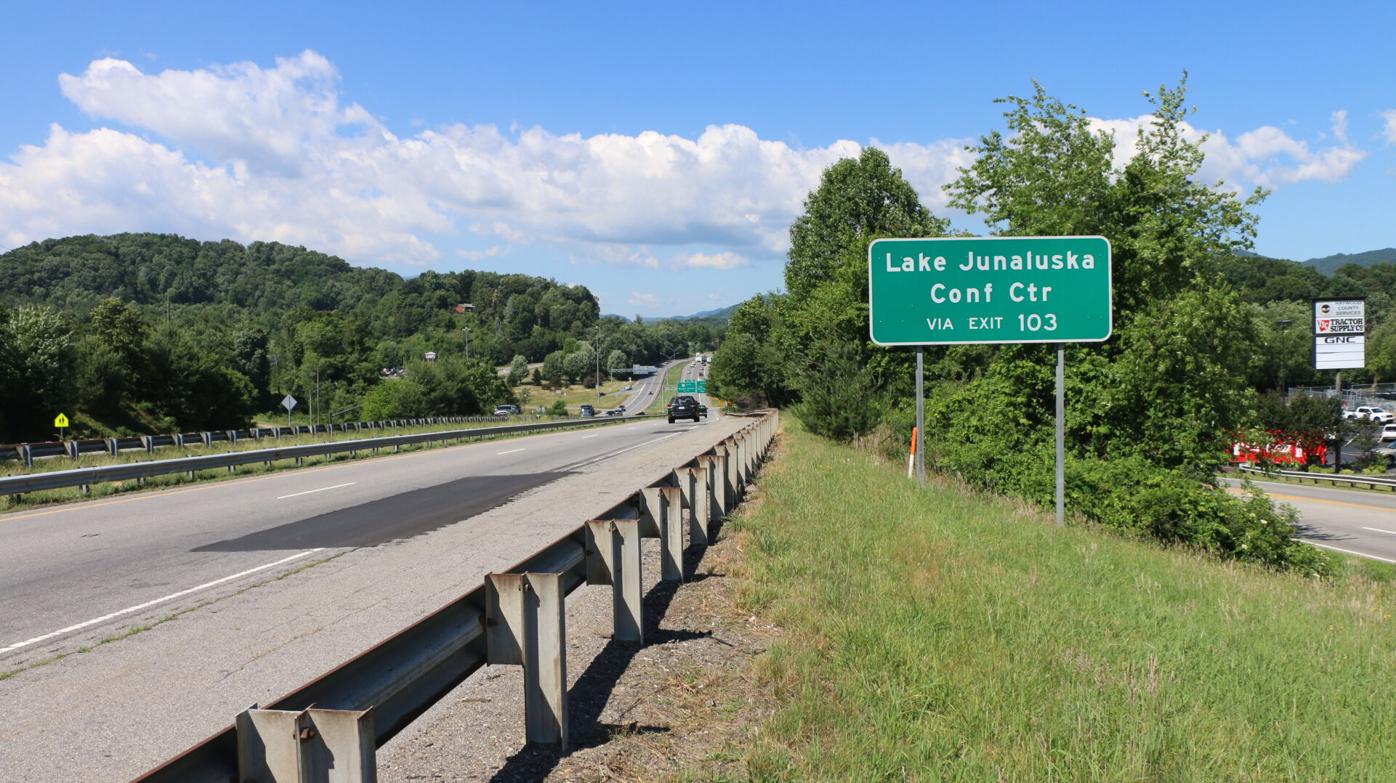 AFFECTING ACCESS — While folks with the Lake Junaluska Assembly are onboard with NCDOT’s project, it does have concerns that it will shut down access to the lake from US 23/74. 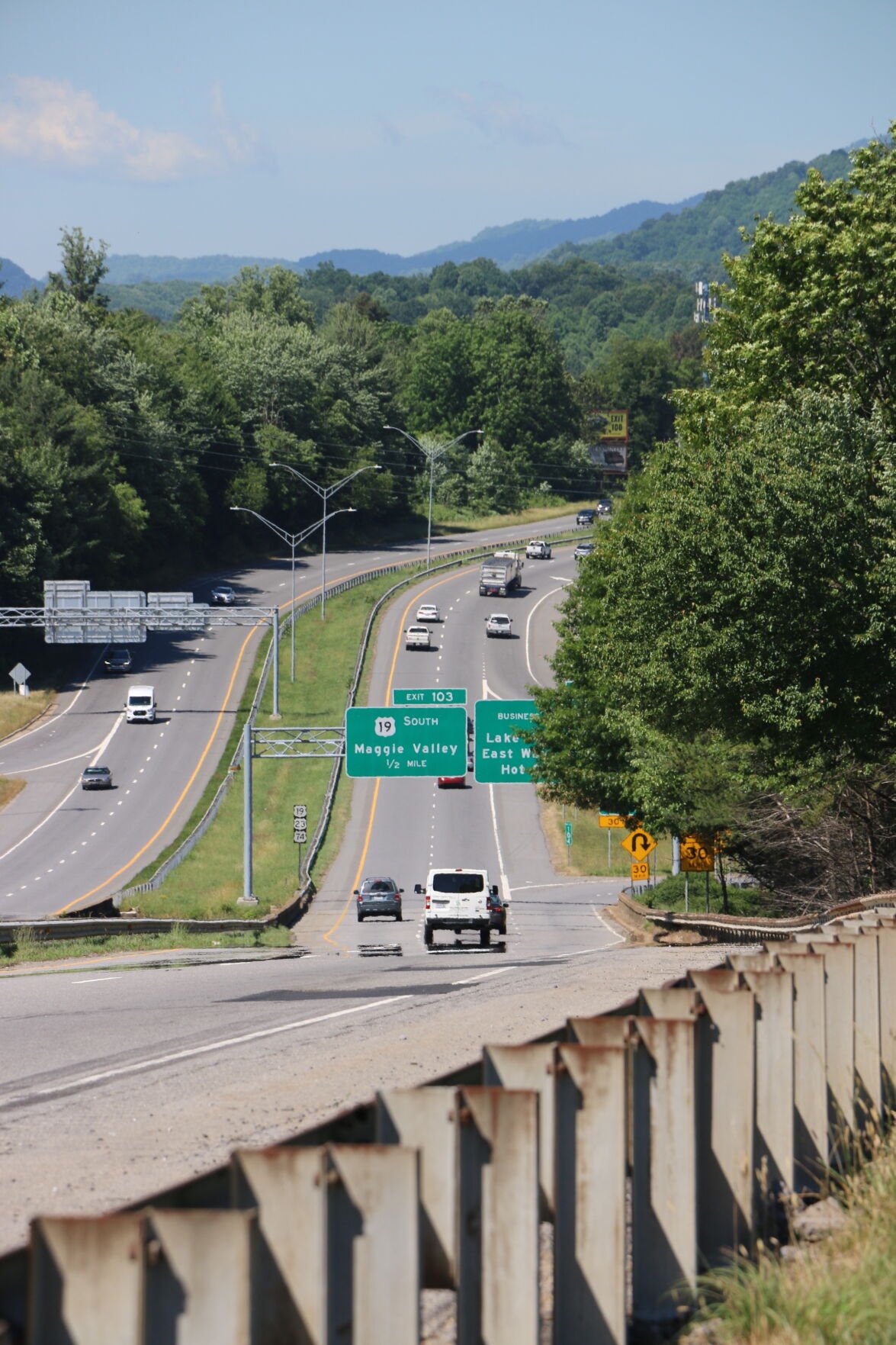 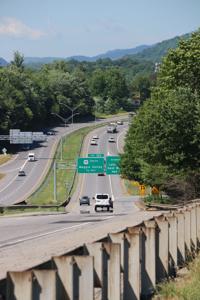 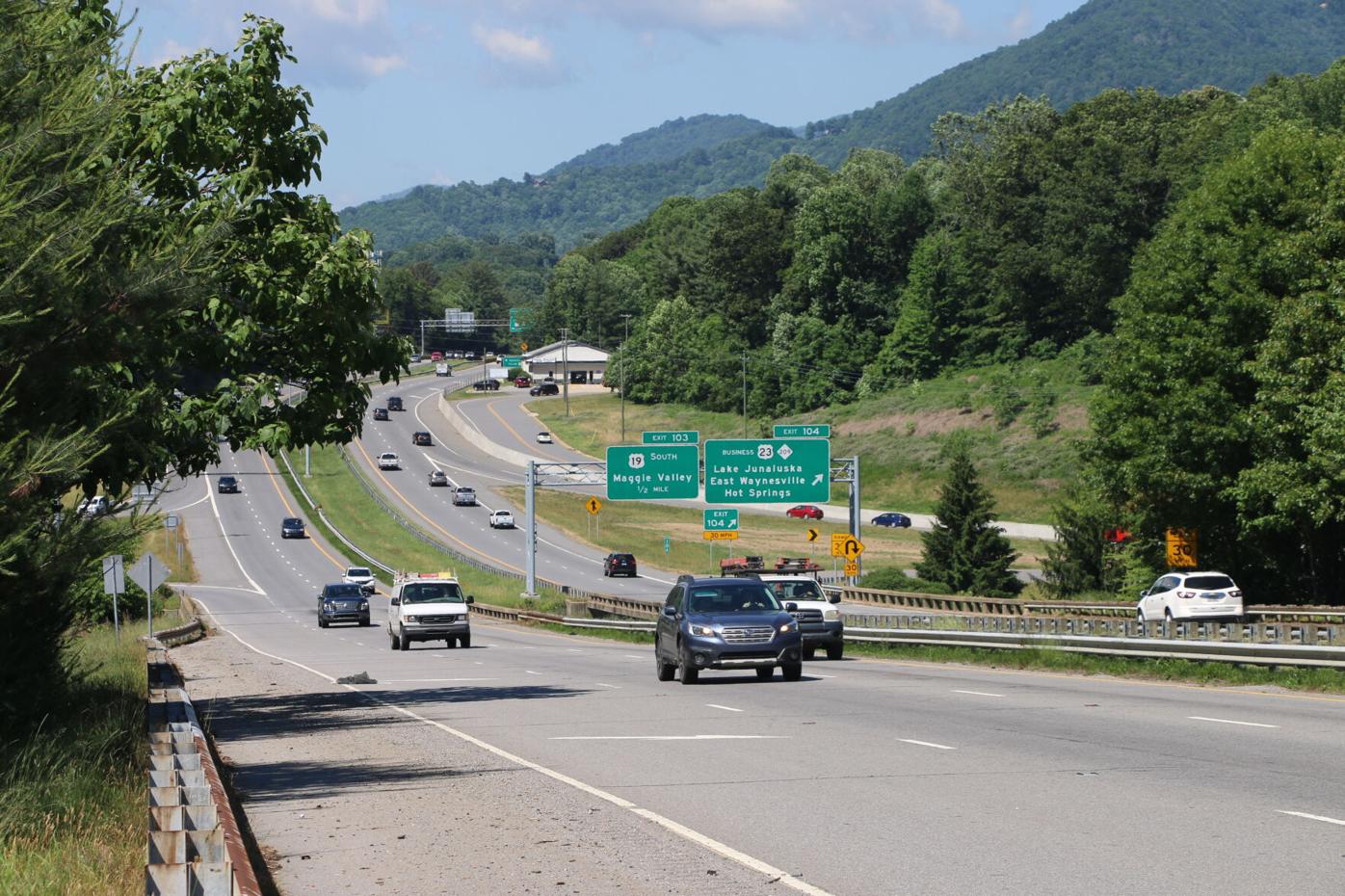 BIG CHANGES — The project to improve the area around the US 23/74 and 19 interchange may take upward of four years. 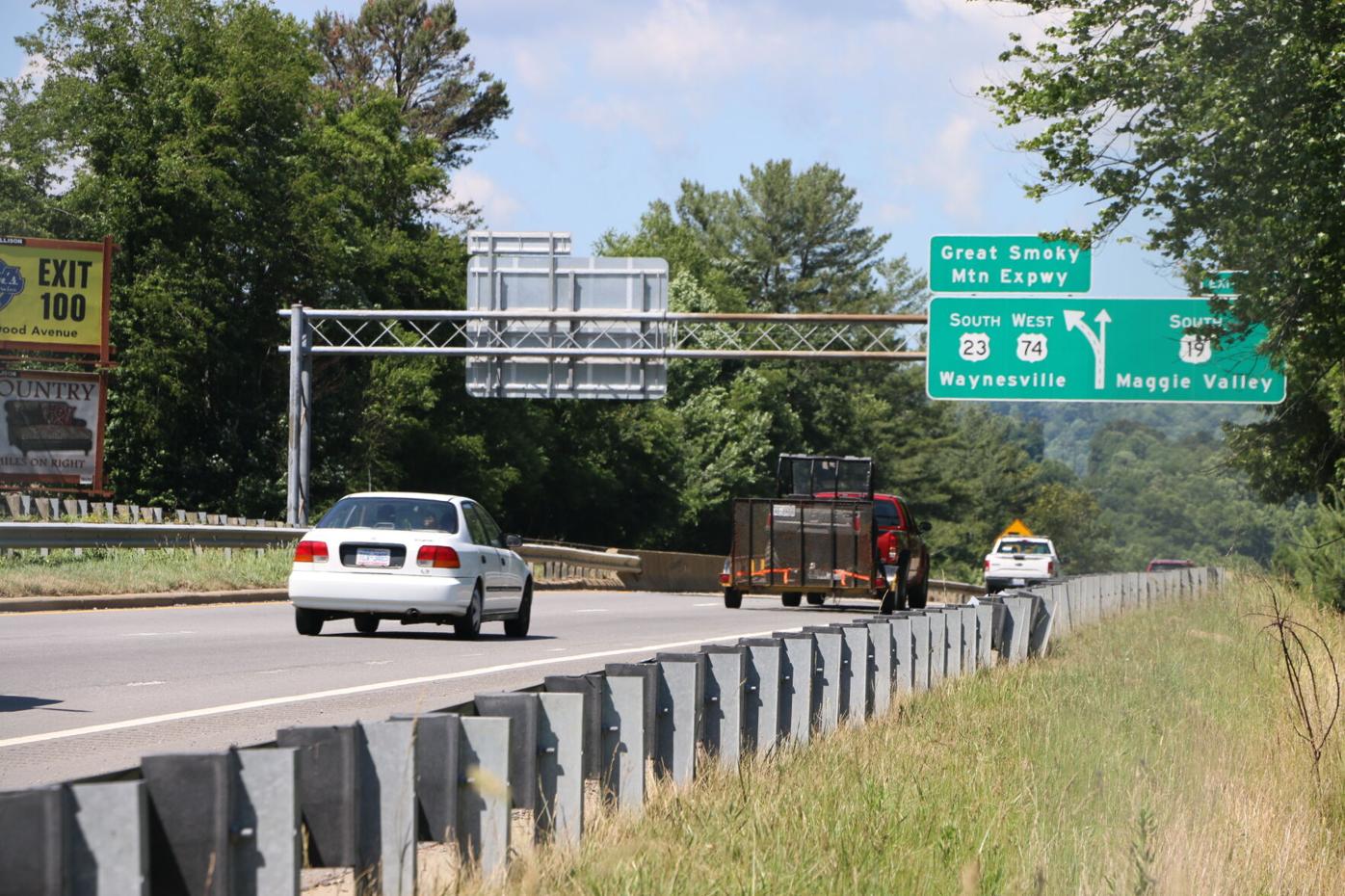 AFFECTING ACCESS — While folks with the Lake Junaluska Assembly are onboard with NCDOT’s project, it does have concerns that it will shut down access to the lake from US 23/74.

BIG CHANGES — The project to improve the area around the US 23/74 and 19 interchange may take upward of four years.

The stretch of highway through Haywood County is about to see some major alterations in a project that is expected to take years.

The project will significantly change the stretch of highway on U.S. 23/74 in the area around Lake Junaluska to replace aging bridges while also improving safety.

Garrett Higdon is the assistant bridge manager and engineer for NCDOT handling the project. While final renderings for the plan aren’t quite yet available, Higdon did offer some insight into its scope.

To begin with, work will be done in the area of exit 103 where it connects with U.S. 19, winds around Lake Junaluska and meets with Dellwood Road and Russ Avenue. Notably, the bridges just beyond the exit, which have been a common spot for collisions, will undergo large-scale changes.

In addition, the on-ramp to the eastbound lane of U.S. 23/74 from Maggie Valley and Lake Junaluska will be changed since it currently requires drivers to merge onto the highway from the left.

“Any left entrances are considered a hazard, and for that one, it’s especially dangerous for anyone going from Maggie Valley to Lowe’s, since they have to cutover to get to the exit,” Higdon said.

Perhaps the biggest element of the project will be dropping U.S. 74 down to allow 19 to go over it via a “flyover bridge,” creating a single on-ramp/off-ramp on the right side of the highway. For that to be completed, extensive detours will be needed.

“We will construct a two-lane road along the right side of the eastbound side of the highway to use as a detour,” Higdon said.

The detour for the westbound side will require drivers to either stay on I-40 and take exit 20 toward Jonathan Creek to get to Maggie Valley or Lake Junaluska or send drivers down to exit 102 toward Waynesville, where they can take Dellwood Road to reach either destination.

Higdon said the project will also replace the railroad bridges in the area of the Shoney’s, and the entire stretch of road in the area being worked on will be upgraded. The construction could take three to four years to complete and could require a one-year closure of U.S. 19 west, and U.S. 19 east would be shut down even longer. Work is likely to begin early next year.

While community stakeholders interviewed by The Mountaineer believed the project is beneficial and even necessary, they are worried about what effects the construction may have — notably, work on the exit and the use of the detour that could possibly draw traffic away from Maggie Valley and Lake Junaluska.

While no one from Junaluska Assembly would comment on the record before the final renderings were presented, the Assembly provided an excerpt from the June 2021 community newsletter written by Executive Director Ken Howle.

That newsletter states that the Assembly was made aware of the project last year, and notes the long relationship it has had with the NCDOT and support for the project.

“This is a needed project, and we support the work of the NCDOT,” the newsletter reads. “We do have a particular area of concern regarding the potential of road closures associated with this project.”

“Lake Junaluska Assembly is in favor of the project to upgrade the highway and replace the bridges, but we are also proactively working with the NCDOT, French Broad River Metro Planning Organization and local elected officials to develop a plan that eliminates or significantly reduces the need for road closures due to the economic impact that would have on Lake Junaluska and all of Haywood County,” it continues.

“Obviously, the exit there is critical to bringing people to Maggie Valley,” he said. “People are creatures of habit, and not having that exit open could cause problems. People link their trip to Cherokee with a trip to Maggie Valley, so that’s something we’re concerned about.”

However, like in the Lake Junaluska newsletter, Clark said he understood why the project is necessary, especially after an April Zoom meeting with other county leaders and NCDOT during which Higdon explained the reasons behind it.

“I’m excited about that as a long-term solution,” he said.

There are also concerns that the project could impact local fire departments — particularly Junaluska Fire Department, which frequently uses the interchange while responding to calls for service.

Junaluska Fire Chief Bill Poole was hesitant to elaborate too much on the concerns until the final renderings are completed but spoke generally about his thoughts.

“Once we have more information on how that project will look, we’ll have to develop some plans to respond to that area,” he said.

Poole said that once work begins and parts of U.S. 19 are shut down, they will need help from the likes of Waynesville and Maggie Valley fire departments to respond to calls from the west.

“They can come down the Russ Avenue side that way so we’d have to develop a plan to respond during that project,” Poole said of the Waynesville Fire Department.

However, there is concern that the project may overlap with the Russ Avenue widening project, which would impact the Waynesville Fire Department’s ability to respond to calls. Higdon said they are certainly considering such issues with the work on Russ Avenue, which will begin after work on the interchange starts.

“We’re trying to minimize the amount of time they overlap,” Higdon said.

Higdon and others from the NCDOT have been in communication with local and state officials to keep them up to date, including N.C. Rep. Mark Pless.

Pless said he’s expressed the desire for additional signage to ensure the detours are known to minimize the negative impacts to the traffic flow. So far he’s been happy with what he’s heard from NCDOT.

NCDOT will host a virtual public meeting where three renderings will be presented andmembers of the public will be allowed to comment. While a date for that meeting hasn’t been nailed down, Higdon said he expects it to happen within a few months.

“Obviously, the exit there is critical to bringing people to Maggie Valley. People are creatures of habit, and not having that exit open could cause problems."

I have read three or four reports about the proposed changes to this highway intersection and in none of them is a reason given for this project. The DOT is planning to spend millions of OUR dollars and has neglected to give us any justification for doing it. Mr. Higdon does state the current ramp is "a hazard" and it can cause a "dangerous" lane switch but these comments are not backed up by any accident statistics. We have more frequent accidents at two or three other intersections in the county that local residents and law enforcement are aware of. Sure the ramp that merges from the left is not ideal but it is not a reason to spend years remaking the intersection. More signage warning drivers there might accomplish the same result. So Mr. Higdon please be ready to justify this huge project with some facts and figures when the zoom public meetings are held or the next time you speak to a reporter. The taxpayers deserve it.