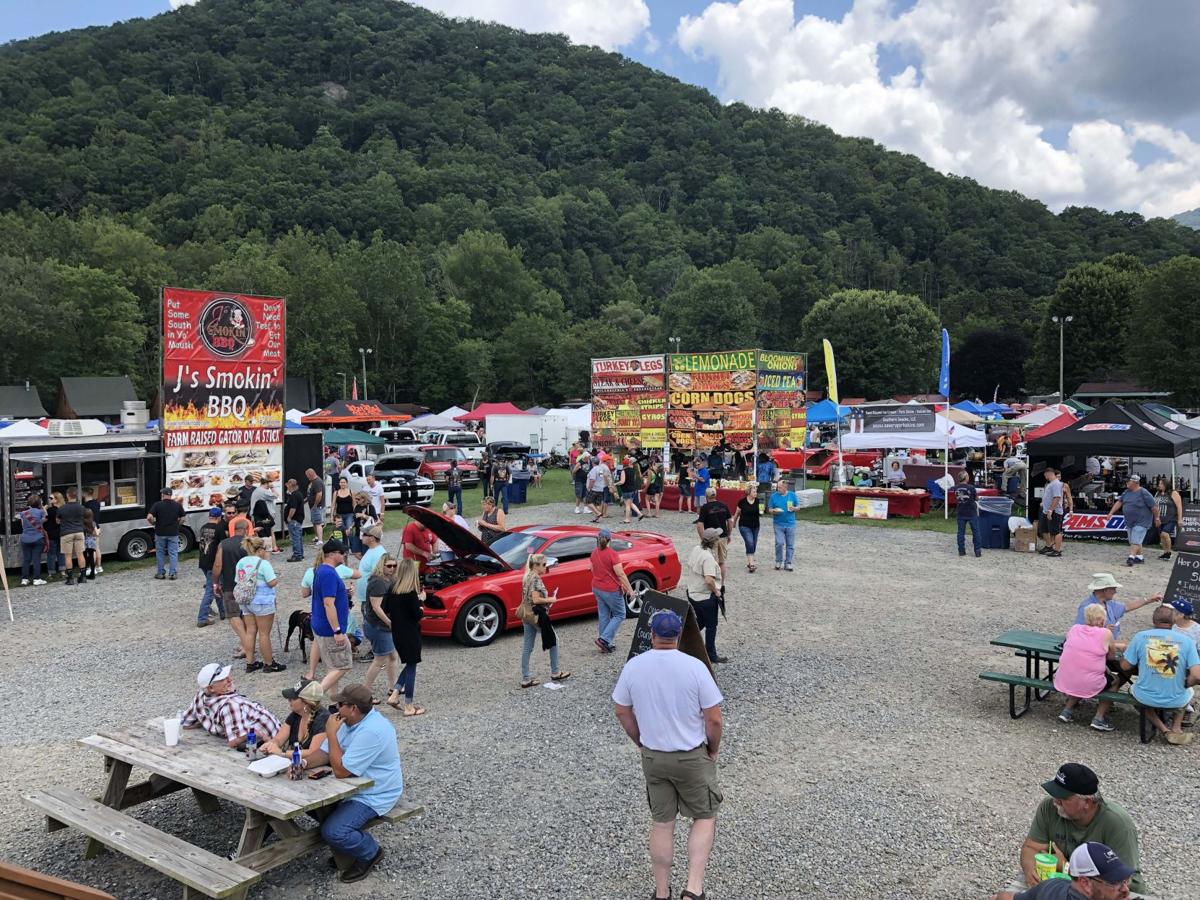 FESTIVAL GROUNDS — Food trucks and other vendors dotted the grounds for this year’s Hillbilly Jam event. 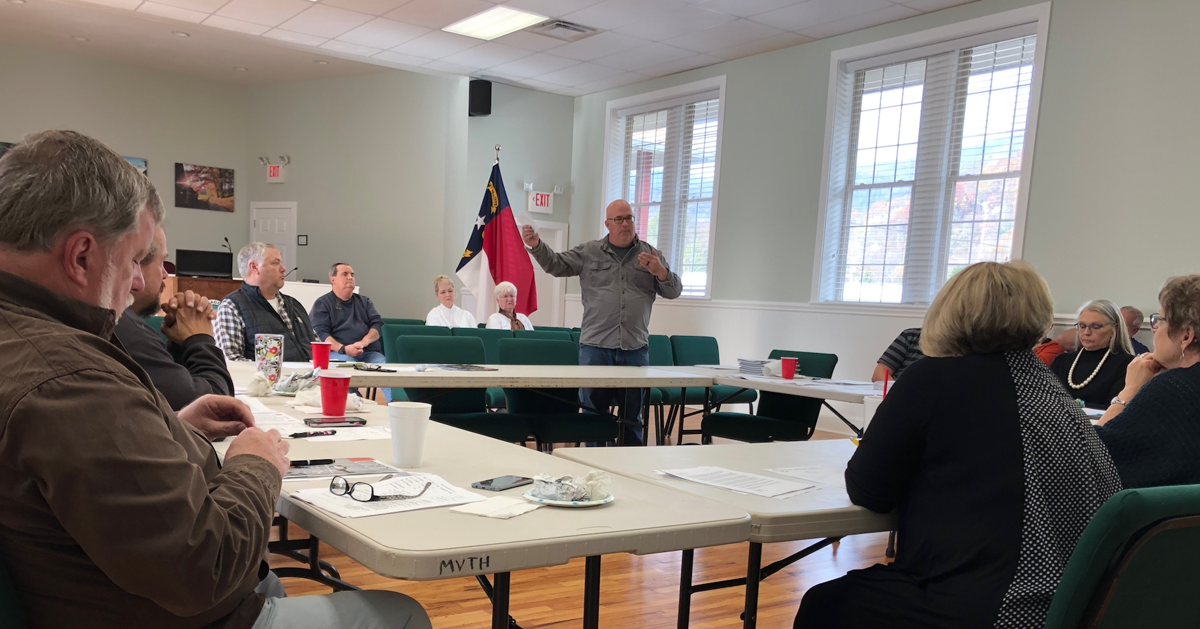 FESTIVAL GROUNDS — Food trucks and other vendors dotted the grounds for this year’s Hillbilly Jam event.

The update came last Thursday during a workshop prior to the town’s regular agenda setting meeting. The workshop featured input from elected officials, town staff, vendors and even a few concerned citizens.

Thanks to an influx of TDA dollars, the festival grounds’ revenue has risen by about $30,000 over the last year, but in fiscal year 2018-19, there were also more expenditures and an increased cost to the town of about $34,500.

Town Manager Nathan Clark noted the town is not changing the rate and fee structures, but still expects the festival grounds to lose less money this year.

“We’re actually lowering costs as we go, so the amount we’re losing is shrinking,” he said.

First to speak were a few of the vendors, who noted some potential areas of improvement for the grounds, including an upgraded refrigeration system for concessions and upgrading the bathrooms. The most common concern, however, was that the entrance area to the festival grounds — where folks in wheelchairs and parents with strollers struggled with the gravel — should be paved to enhance accessibility.

TDA Executive Director Lynn Collins said one request she had from musicians following Elk Fest was to improve the acoustics on the stage to minimize unwanted reverberation.

“They improved that a couple years ago, but others think it could still be better,” she said.

On the other hand, vendors also talked about increased attendance at their events. For example, Bob O’Connell, who organized an event for Kustom Kemps of America said they had about 35 cars at their first Maggie Valley event compared to 172 last year.

Clark addressed some of the vendor and aldermen concerns, including requested improvements to the ticket booth to make it both more comfortable and more efficient, along with putting in more comfortable stools and adding windows.

“The building itself is on rails, which means it can easily be turned if we need to,” he said.

During Elk Fest, there were also problems having enough Wi-Fi bandwidth to support the tablets that were processing payments. The solution next year will likely be to limit internet access to the event promoter, who will then determine who all can get online.

“Hopefully that will take care of the problem,” Clark said.

What about the noise?

The board also went through some of the “known issues” regarding the festival grounds. The one that led to the longest conversation was noise concerns. Of the three members of the public who voiced concerns was Joy Hearn, who has worked with Maggie Valley police officers to determine decibel levels at her home and around the festival grounds when live music is being played.

The town noise ordinance says that noise levels must be below 70 dB 10 feet from the edge of the property, but the festival grounds are exempt from that requirement. While she has recorded readings of 75 dB from her porch, she said the problem exists throughout the valley, simply because of the way sound travels within the valley.

Hearns also offered some potential solutions in an effort to find some kind of compromise. She said her brother, a musician, came to visit and thought the speakers were too high and angle too far upward. She said with some simple adjustments, residents could be spared the loud music while not compromising the experience of event goers.

Her ultimate recommendation was simply to hire an acoustic engineer to come out and take a look.

“What I’d say to the promoters is go out and do the research and prove me wrong,” she said.

Another complain Hearns had was about the Kickin’ in the Sticks Music Festival, which was held at Elevated Mountain Distillery. Dave Angel, who owns the distillery, has long been a proponent of bringing as many tourist dollars as possible to the valley. He broke down some of the numbers.

“You’re looking at maybe a dozen days of live music that will be louder than another event that doesn’t have music,” he said.

“Every neighbor around me was actually at my event enjoying the music,” he added.

He noted that while the music may bother some people on those select days, it’s during those days that huge amounts of tourist dollars are brought to the valley.

“We’re talking about a dozen days that bring big money into the valley from restaurants and hotels,” he said.

Mayor Saralyn Price suggested that Clark and Police Chief Russ Gilliland could go around the festival grounds and nearby homes to take decibel readings and determine how severe the problem is.

Another issue that drew a lengthier discussion was pedestrian crossing. To have a pedestrian crossing for every event would cost the town about $13,000 to pay for an officer’s time, a cost that would not be passed on to promoters. In addition, for a small police department that already has two vacancies, that is a big ask of officers, as well.

The problem with providing an officer to guide a pedestrian crossing, Clark said, is that it can create complacency for drivers who may get used to correlating the presence of an officer with the need to slow down. This means that during an event where there is no officer, they may be conditioned to drive faster and pay less attention.

“It’s just not a good idea to pick and choose events and times when they are and aren’t there,” he said.