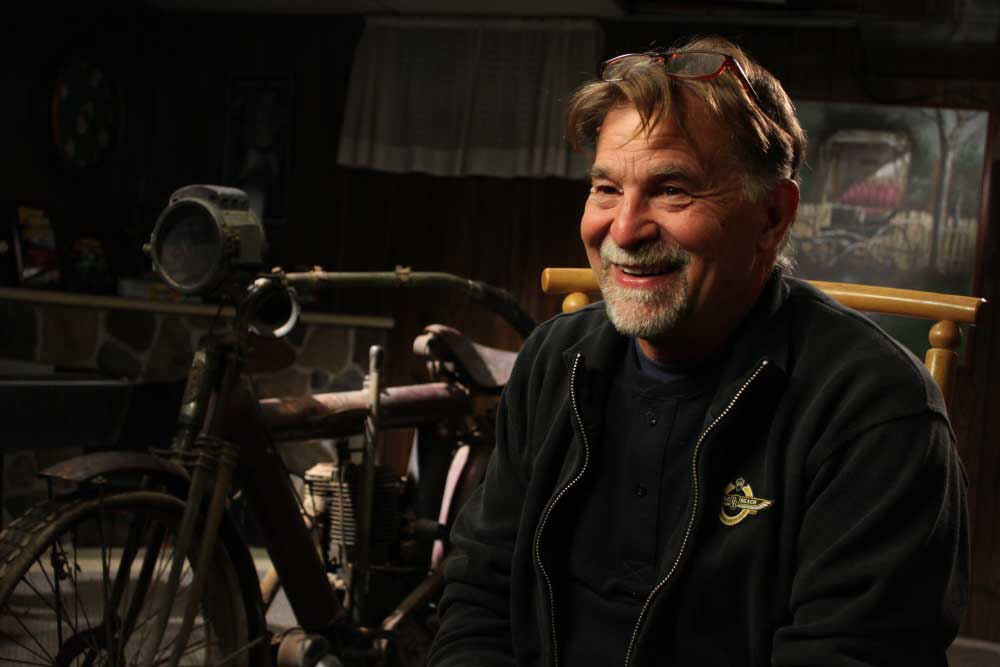 LABOR OF LOVE — It seems Walksler was rarely far away from one of his prized motorcycles. Walksler, who passed away Feb. 3, became an icon known for his passion and drive. 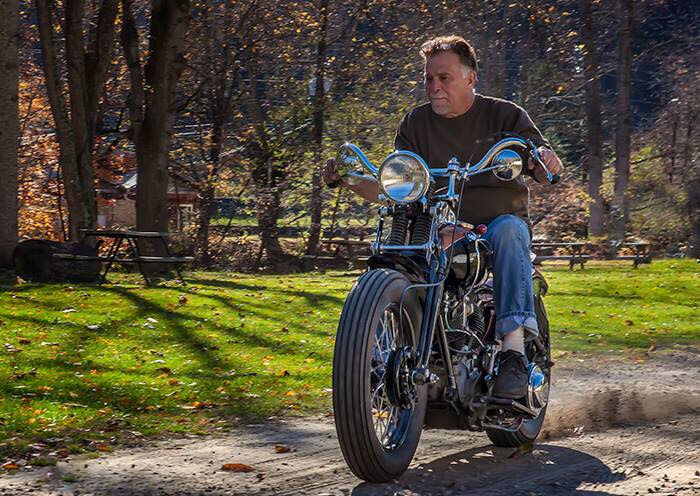 OUT FOR A RIDE — Walksler, along with amassing an unbelievable collection of motorcycles, automobiles and other machines, was well-known as an avid rider and a world-renowned technical expert. 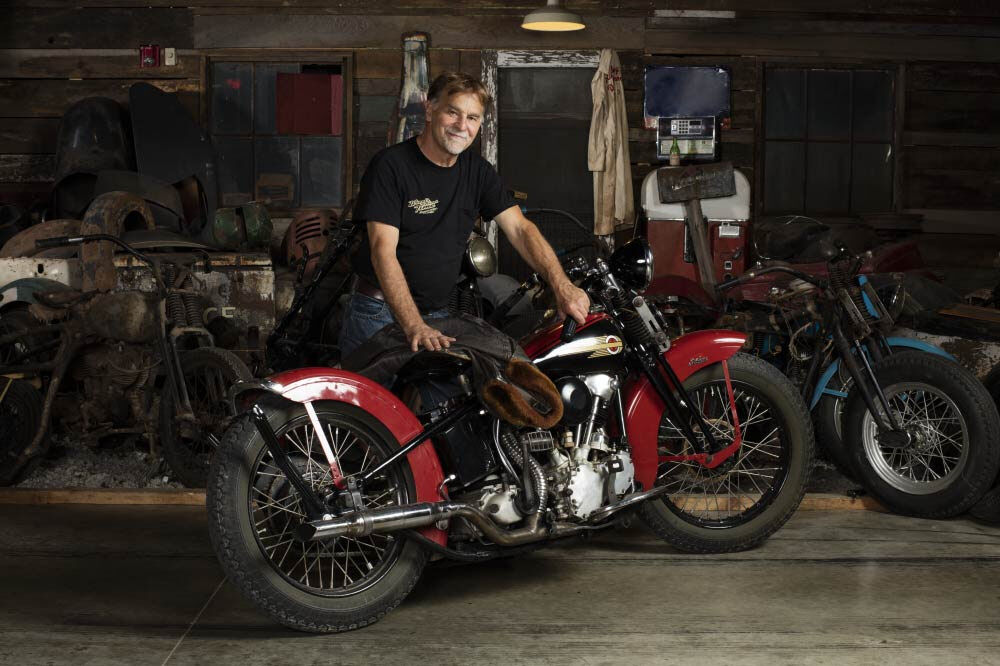 LABOR OF LOVE — It seems Walksler was rarely far away from one of his prized motorcycles. Walksler, who passed away Feb. 3 became an icon known for his passion and drive. 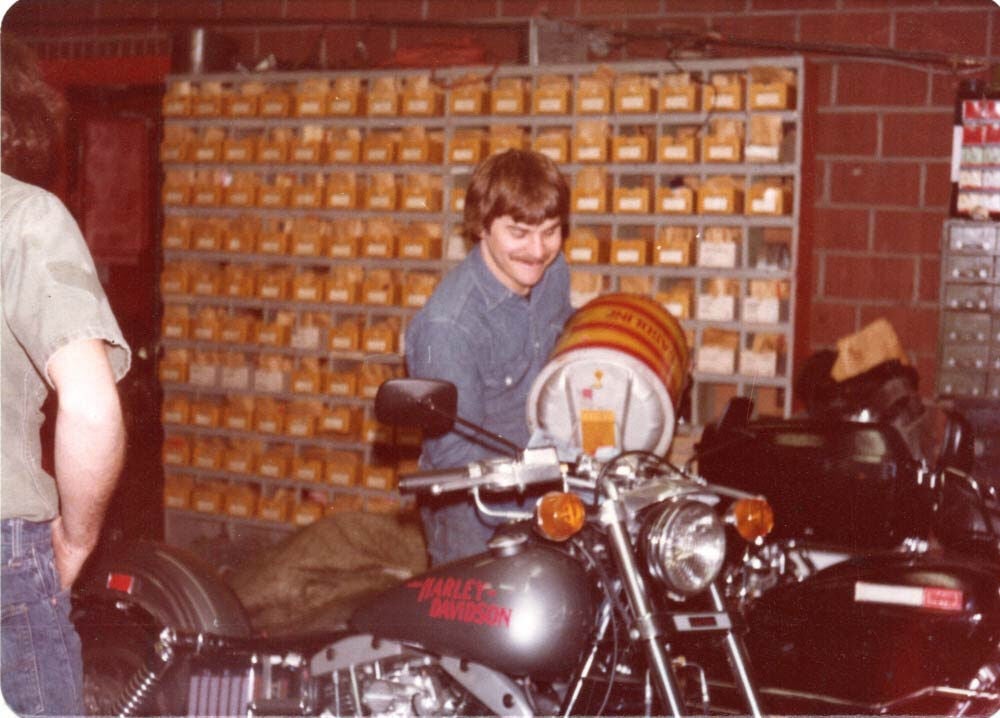 BACK IN THE DAY — Walksler’s lifelong work with motorcycles began at an early age, and his passion continued to blossom as the years went by. 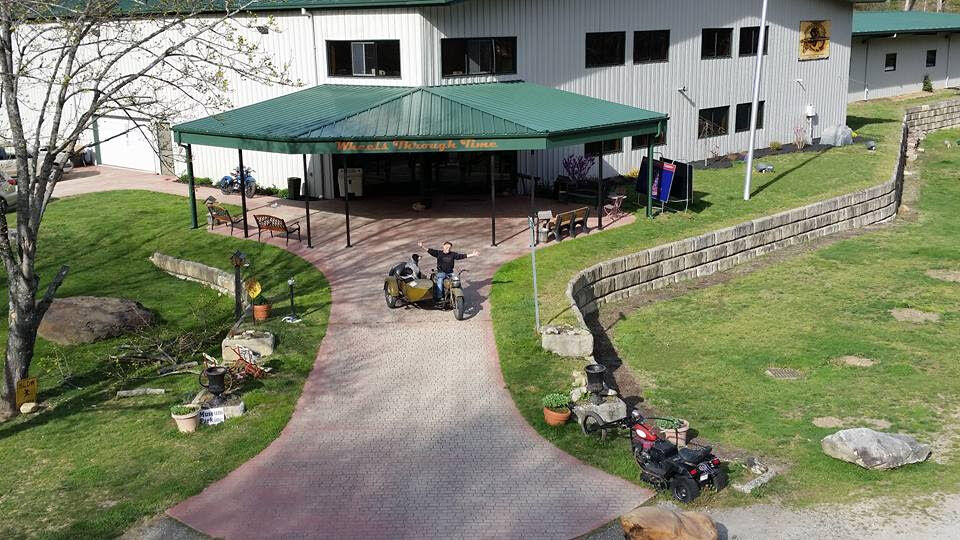 WHEELS THROUGH TIME — Dale Walksler built his museum from the ground up, and that museum eventually became the key to Maggie Valley’s continued success in the tourism industry.

LABOR OF LOVE — It seems Walksler was rarely far away from one of his prized motorcycles. Walksler, who passed away Feb. 3, became an icon known for his passion and drive.

OUT FOR A RIDE — Walksler, along with amassing an unbelievable collection of motorcycles, automobiles and other machines, was well-known as an avid rider and a world-renowned technical expert.

LABOR OF LOVE — It seems Walksler was rarely far away from one of his prized motorcycles. Walksler, who passed away Feb. 3 became an icon known for his passion and drive.

BACK IN THE DAY — Walksler’s lifelong work with motorcycles began at an early age, and his passion continued to blossom as the years went by.

WHEELS THROUGH TIME — Dale Walksler built his museum from the ground up, and that museum eventually became the key to Maggie Valley’s continued success in the tourism industry.

MAGGIE VALLEY — Dale Walksler, the man who put Maggie Valley on the map with a motorcycle/Amerciana museum, a television program and more, has passed away.

According to his obituary, which was posted to Dale’s Wheels Through Time’s Facebook page and shared over 20,000 times, Walksler passed away on Feb. 3 after a courageous four-year battle with cancer.

Walksler moved to Maggie in 2002 and opened up Dale’s Wheels Through Time. In that, he created something unique that was enjoyed by tens of thousands of eager visitors each year, something that will carry his legacy for decades to come. The museum achieved worldwide recognition in several circles.

“From humble beginnings in a small Illinois town, one of the world’s premier collections of rare and vintage American motorcycles, automobiles, and memorabilia emerged,” Walksler’s obituary reads. “Wheels Through Time became an Iconic American Institution and known internationally.”

“Those who have visited Wheels Through Time know that Dale’s passion was not just something to be observed but rather experienced,” it later continues. “Whether it was listening to his vast knowledge and stories of transportation history or watching him start a motorcycle, his was a passion that was infectious. It inspired in many, that same desire to preserve and celebrate American motorcycle history. His genius rested on the latter portion of the Wheels Through Time logo, ‘The Museum That Runs.’”

“The Museum That Runs” slogan refers to the unbelievable fact that every single complete motorcycle, automobile and machine inside can be fired up at any time — and they often are just to show visitors how they operate.

As the museum grew over the years, Walksler gained more acclaim as a curator, collector and one of the best motorcycle technical experts around.

As that reputation grew, more celebrities were drawn to Walksler and his museum. While the likes of Jay Leno, a well-known car and motorcycle fanatic, have paid a visit, most recently in September of last year, Aquaman star Jason Momoa stopped by for multiple days and even slept on a cot inside the museum.

And Walksler himself spent plenty of time on television, making appearances on reality TV shows like American Pickers, Small Town Big Deal, American Restoration and he even had his own show, What’s in the Barn, which aired on Velocity TV.

What’s in the Barn followed Walksler on his hunt for barns and outbuildings hiding long-since-forgotten motorcycles and automobiles. The show immediately garnered a worldwide audience, airing in over 60 million homes and on six continents.

Maggie Valley Mayor Mike Eveland initially knew Walksler through a Harley Davidson owners group but had a different appreciation for what he brought to the town in his capacity as an elected official and the previous owner of The Maggie Valley Inn.

“As far as the town and hotel goes, we were able to promote him heavily,” Eveland said. “It was one of those things a lot of people came to see.”

“When you saw him at the shop doing his thing and talking to people, it was amazing the way he would have stories to tell and really enjoyed talking to a crowd,” Eveland added. “He was the kind of guy that would take kids around on the motorcycle and give them a chance to ride with him in the parking lot.”

Maggie Valley Chamber of Commerce Director Teresa Smith also had some words on Walksler’s passing, which she passed along via email.

“The community of Maggie Valley is mourning the loss of Dale Walksler today,” Smith wrote. “Maggie Valley is very fortunate to be the home of Dale’s Wheels Through Time Museum. Dale’s passion for the history of transportation is undeniable. It was amazing to tour the museum with Dale as your guide. There was no end to his knowledge of his collection. His presence will be missed by the thousands of visitors to the Museum each year.”

Lynn Collins, who heads up the Haywood County Tourism Development Authority, highlighted how much Walksler’s museum helped not only the town, but even the whole county.

“Wheels Through Time was a very integral part of tourism in Haywood County and certainly was a big part of getting especially Maggie Valley through some lean years with the demise of Ghost Town,” she said. “We have always been a motorcycle-friendly destination but certainly by having the world class museum here that we did that brought in more of that market.”

“He definitely was very passionate, and you could tell that very quickly just by meeting him,” she added. “I think one of the things that probably sticks out for me is he was an absolute master at PR, and I think you can never put a price on the PR that he generated for Haywood County and Maggie Valley.”

Two people who knew Walksler more personally are Phillip Wight, owner of the Clarketon Motel, and Robert Edwards, who owns A Holiday motel. Both men said their Maggie Valley businesses benefited greatly from the work Walksler poured into Wheels Through Time.

“It’s a painful day knowing he’s gone,” Wight, who is also a town alderman, said. “He put Maggie Valley on the map because of that museum. It is honestly one of the best museums in the world.”

Wight talked about what the museum did for his business.

Wight called Walksler a man of integrity whose passion brought in likeminded individuals from all around.

“People don’t realize the draw he brought here even from abroad,” Wight said. “People found him because they had the same passion.”

Edwards agreed, noting that a few years back, he had two people staying at his motel who had shipped their motorcycles from Norway to Boston and rode down to Maggie Valley. The whole expensive, time-consuming effort was in the name of seeing Dale’s Wheels Through Time. It was a sort of pilgrimage.

“They came all the way down here for that, and they stayed with us,” Edwards said.

Walksler sent a lot of business Edwards’ way, and he said that since news of Walksler’s passing broke on Feb. 4, his phone has been lighting up with text message after text message.

“Even people who just came through Maggie to see the museum are messaging me,” he said. “People are heartbroken.”

As Walksler built his museum and filled local hotels and motels, he also made efforts to help folks in the community, from veterans to children in need. For example, the annual Haywood County Motorcycle Parade and Toy Run, which drew hundreds of riders every year, would end at Wheels Through Time.

At that event, Walksler would raffle off motorcycles worth upwards of $20,000 with all proceeds going to benefit the less fortunate.

Walksler’s passion for his motorcycles was officially recognized in September of 2019 when he was inducted into the Motorcycle Hall of Fame. While Walksler’s passing has left a dent in many hearts around the county and within the motorcycle community, his obituary inserted a hopeful note.

“Dale’s vision was not just one of preserving the past but was also focused on the future,” it reads. “In that regard, he made great strides to ensure that the museum and his legacy would carry on for generations to come.”

At Walksler’s request, in lieu of flowers, please send any donations and condolences to Wheels Through Time, PO Box 790, Maggie Valley, NC 28751.

“All donations will be dedicated to ensuring the ,continuance of the legacy that Dale created far into the future and to giving museum visitors historical insight into the vital role that transportation has played in American history,” the obituary reads. “The thrill of hearing the cycles run coupled with thoughts of riding into the wind will continue to evoke thoughts of Dale’s vibrant spirit — and his dream.”