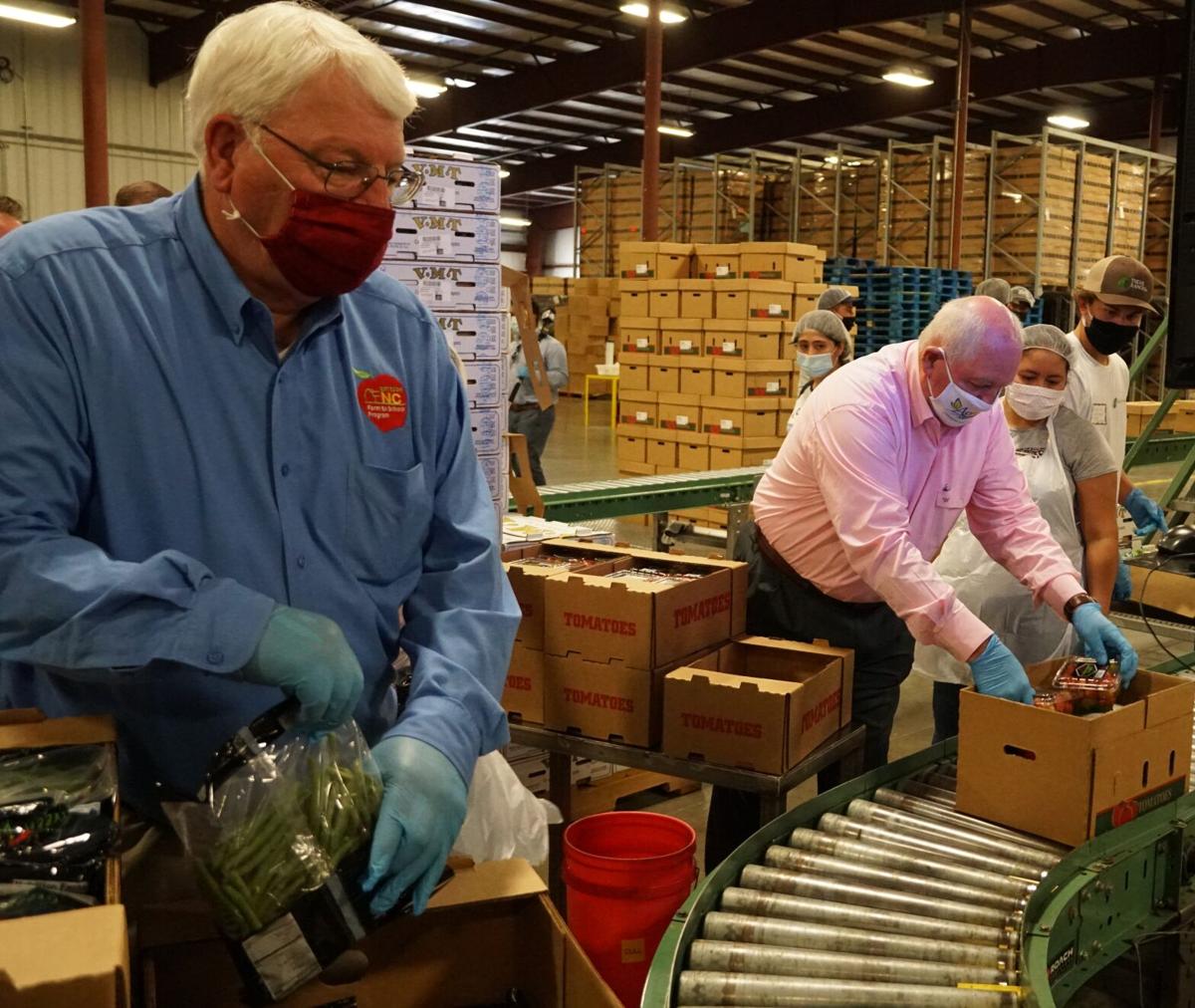 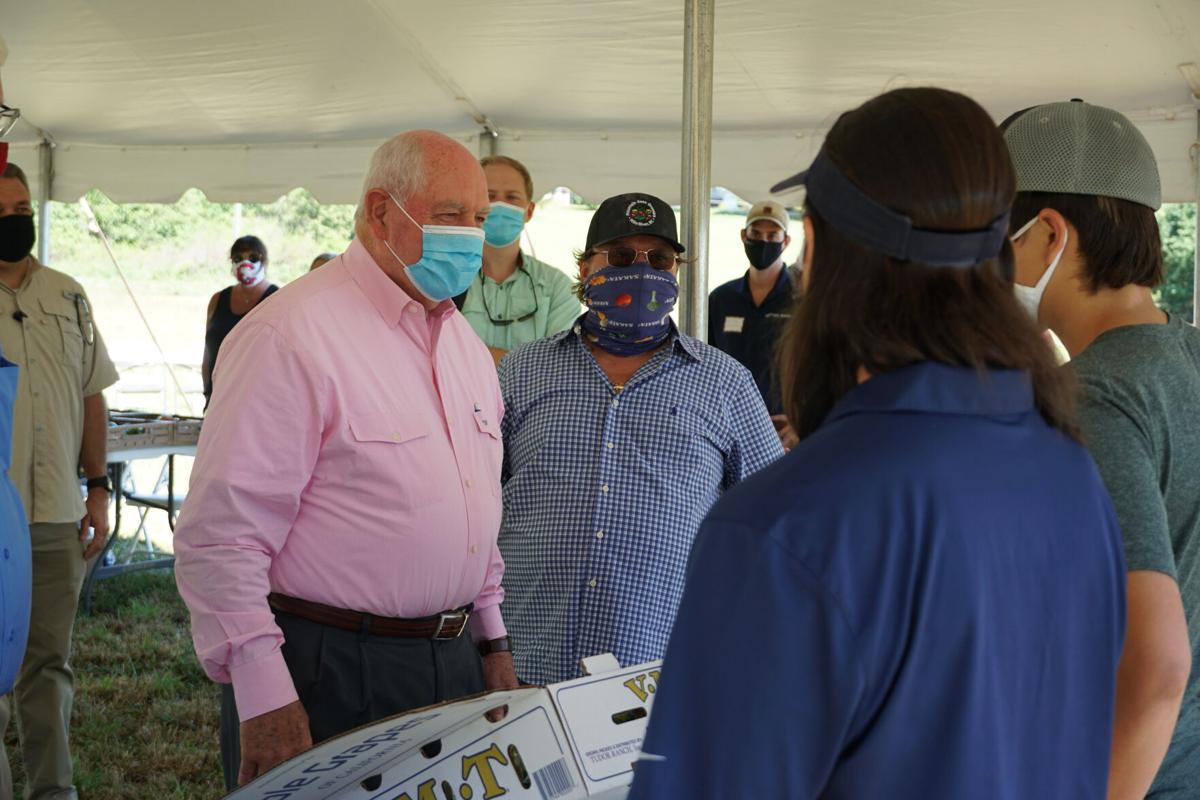 FARMERS TO FAMILIES — USDA Secretary Sonny Perdue meets with farmers during a visit to Mills River on Monday, July 27. 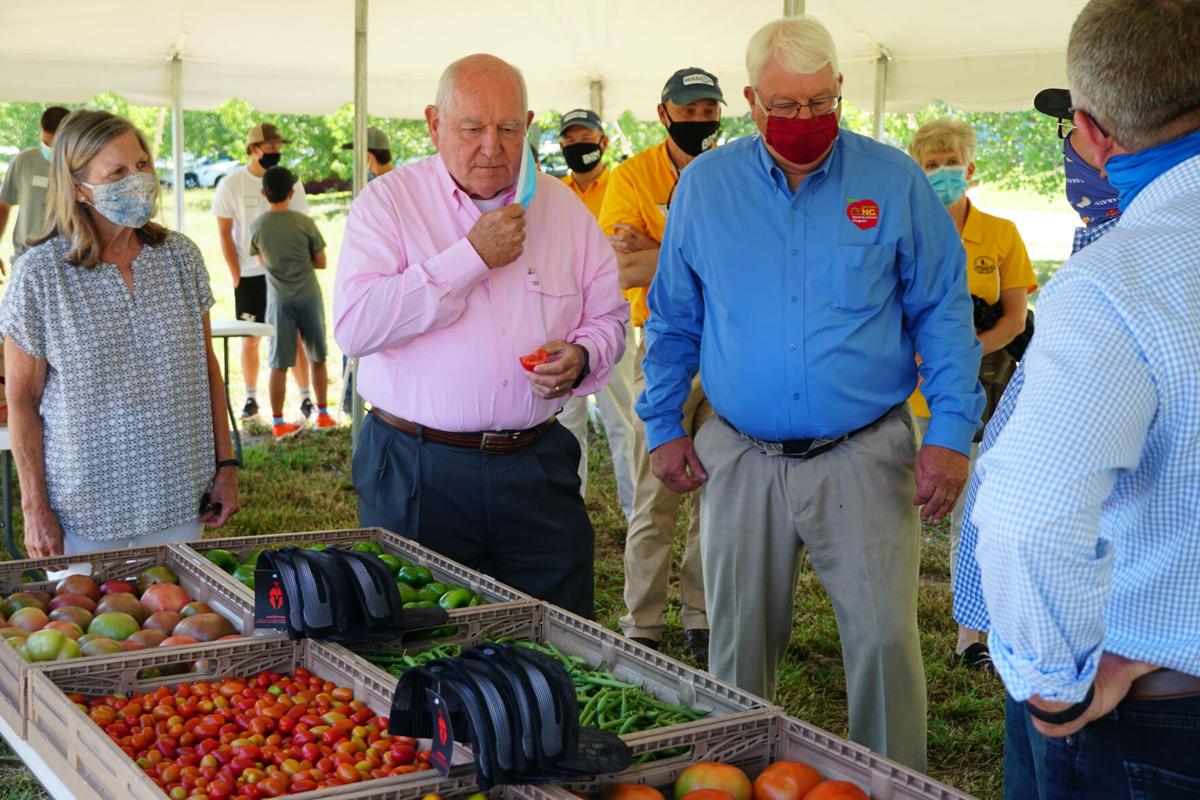 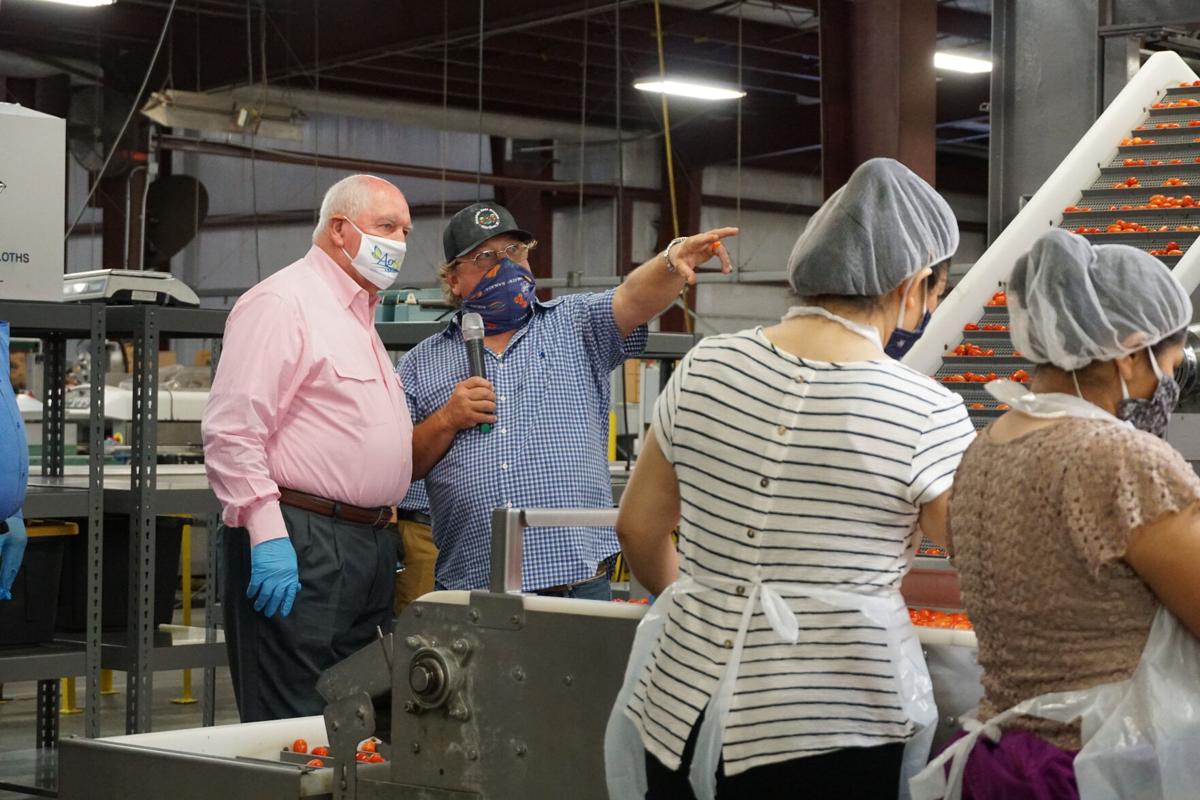 FARMERS TO FAMILIES — USDA Secretary Sonny Perdue meets with farmers during a visit to Mills River on Monday, July 27.

MILLS RIVER — U.S. Department of Agriculture Secretary Sonny Perdue met with regional farmers on Monday to tour a facility where food boxes are being packaged for a federal program that is feeding people nationwide, including in Haywood County.

With 50 million food boxes distributed nationwide by the USDA Farmers to Families Food Box Program since May, Perdue said a third wave of funding will continue providing food boxes through August, September and into October.

“We call it a win-win-win situation,” Perdue said. “We help the farmers who produce it. You heard rumors about produce being plowed under; distribution facilities closing up, laying people off; and certainly, the lines of people needing food.”

At the Flavor First Growers & Packers facility in Mills River, owner Kirby Johnson said produce from Georgia, South Carolina, North Carolina, including Haywood County, and elsewhere are being packed into Farmers to Families Food Boxes at a rate of about 7,000 boxes per week.

Those boxes are then taken by distributors and organizations like MANNA FoodBank and Baptists on Mission to surrounding areas, who take them the last mile to people in need.

In Haywood County, MANNA FoodBank Director of Marketing Kara Irani said Farmers to Families Food Boxes have been distributed to Haywood Christian Ministry, along with other local nonprofits. The federal food boxes started at a time when in-kind donations, normally accounting for about 80 percent of MANNA’s operating expenses, were all but dried up.

“When the pandemic hit, all those donations fizzled out,” Irani said. “It’s connected exactly when we needed to connect, for people facing hunger right now.”

Perdue said the Farmers to Families program was operational within three weeks from conceptualization, which is an unprecedented timeline for such a widespread federal program.

“Usually these kinds of procurement and contracting results take 12-18 months in the federal government,” Perdue said. “But I’m from the farm too, and you can’t wait when stuff gets ready to go, with people hungry and produce being plowed under.”

“This isn’t throwaway food,” Perdue said. “This is first-quality food.”

Allison Jennings, executive director of The Community Kitchen in Canton, said her nonprofit has received about 400 boxes from the program so far.

“They send us 100 to 120 boxes at a time of prepackaged fruit and produce,” Jennings said. “They’re awesome boxes, they send them whenever they’re available.”

Jennings said the food boxes have helped meet an increased need during a time when many people lost their jobs due to economic impacts of the coronavirus.

N.C. Commissioner of Agriculture Steve Troxler, who appeared alongside Perdue on Monday, agreed that the USDA program came at an ideal time for farmers, workers and families alike.

“When you can create a market for farm products and feed people at the same time, it doesn’t get any better than that,” Troxler said. “As we work our way through the pandemic, this is a key program to get agriculture from point A to point B.”