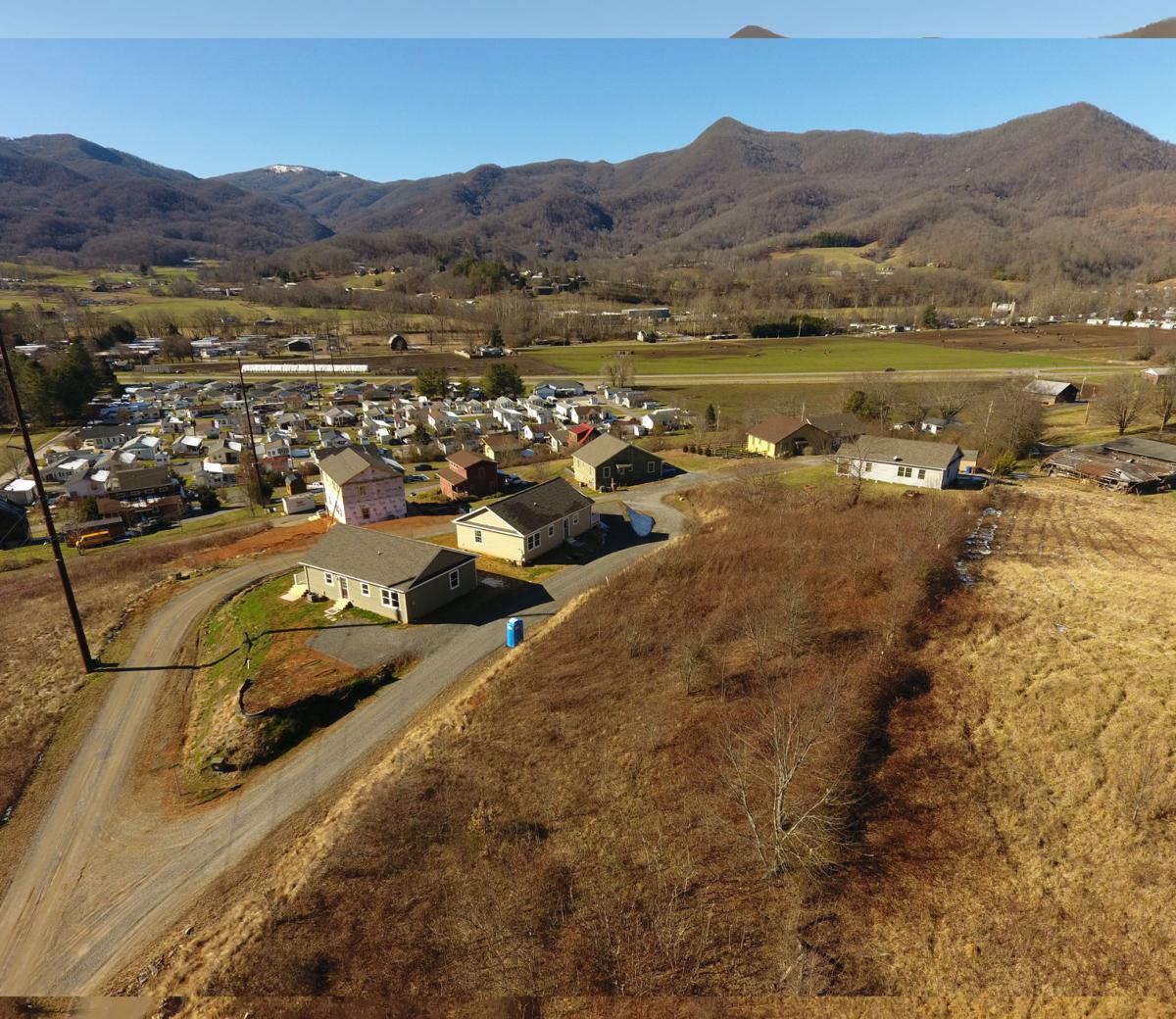 PROPERTY IN HAND — Bethel Village, located in the Jonathan Creek community, has 41 lots where affordable housing will be constructed by Smoky Mountain Housing Partnership. 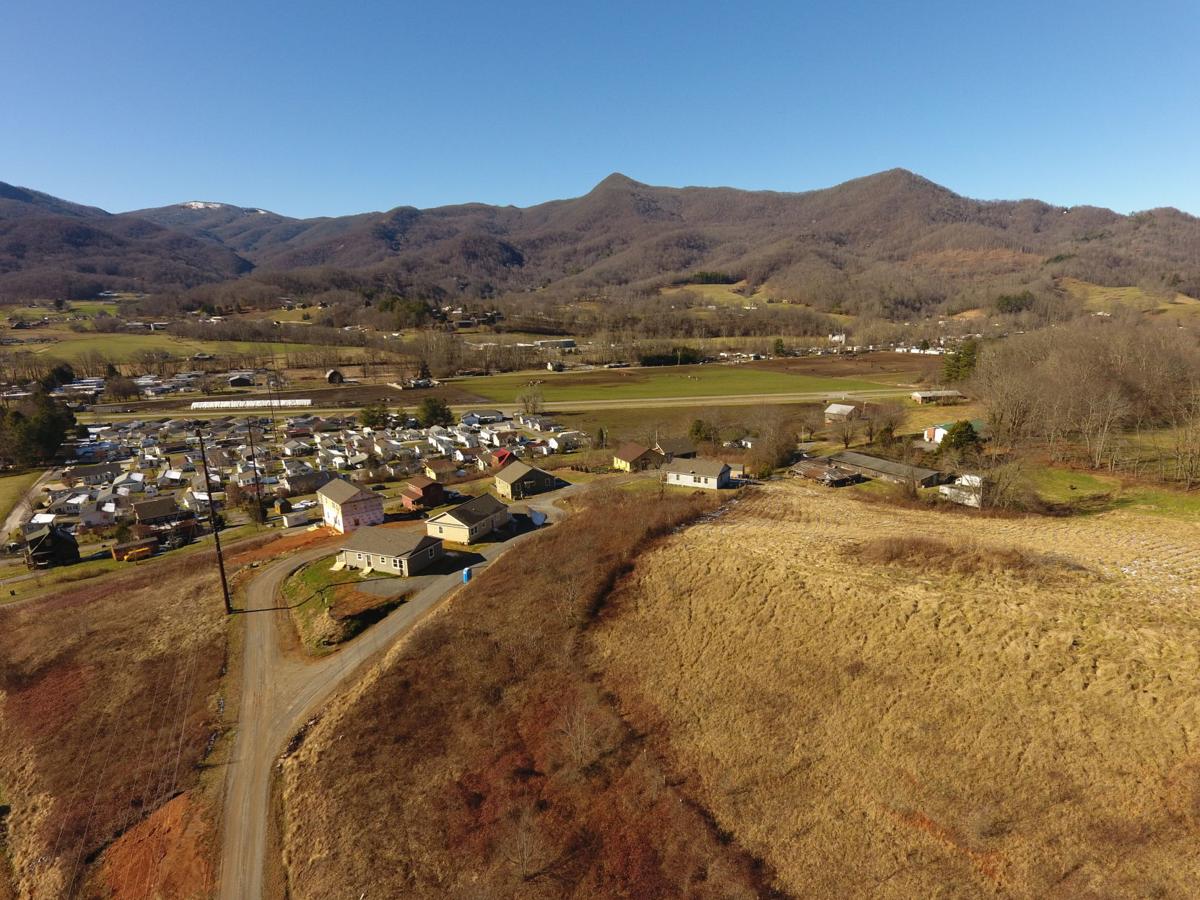 SITE FOR NEW HOMES — Property donated to Mountain Projects by Richard Bates is already subdivided and is in the beginning of its development. There is room for another 40 or so homes. The new homes will be built on the hillside area above the dense development below the road.

PROPERTY IN HAND — Bethel Village, located in the Jonathan Creek community, has 41 lots where affordable housing will be constructed by Smoky Mountain Housing Partnership.

SITE FOR NEW HOMES — Property donated to Mountain Projects by Richard Bates is already subdivided and is in the beginning of its development. There is room for another 40 or so homes. The new homes will be built on the hillside area above the dense development below the road.

With 29 percent of Haywood County households burdened by the expense of housing, a new nonprofit called Smoky Mountain Housing Partnership is raising money to create affordable housing solutions, and presented its plan to the Haywood County Board of Commissioners Monday, Jan. 6.

Putting that percentage in perspective, more than 10,000 households in Haywood County spend more than 30 percent of their annual income paying utilities, plus rent or mortgage. Those households do not have affordable housing, said board chairman Don McGowan.

McGowan, a retired banker, said he spent hundreds of hours analyzing Haywood County statistics while searching for a path to address housing needs.

He said nearly half of the renters in Haywood County are having a hard time affording their housing and noted that 460 evictions were filed in 2019.

“When I drilled into it, what I found was that this community is very much under stress,” he said.

The new nonprofit has put forth a plan that will make a dent in the problem providing there is broad-based community, business and local government support.

Haywood County has long-recognized the issues related to the lack of affordable housing, and has had various task forces on the matter studying the problem since 2016.

The Smoky Mountain Housing Partnership proposal, which commissioners agreed to consider, comes with property in hand and about $200,000 in start-up funding.

Six factors are behind the lack of affordable housing in Haywood County, McGowan said: an aging population, high rate of poverty, low-paying jobs, market inflation from proximity to Asheville, high rate of second-home or vacation-home ownership and a lack of easily developed land.

The average age in Haywood County is 47.5 years, which is nine years older than the state’s average age. The local poverty level of 16.6 percent is also above the state and national average, McGowan said, and even higher in Waynesville than the rest of the county.

“We are a tourism-based service economy,” McGowan said. “Even though these are the best of economic times, unemployment right here in Haywood County is an historic low, the jobs we are creating are mostly low-paying jobs.”

Compared to 2015, the median listing price for homes in Haywood County has increased from $199,000 to $276,000 in October 2019 — an increase of 40 percent, McGowan said, attributing the increase to spillover from Buncombe County and Asheville’s population growth.

“At the same time, rental rates in Haywood County have gone up 24 percent in three years,” McGowan said.

Contributing to the increase in rental rates, there are thousands of homes — between 2,000-3,000, McGowan estimated — being rented out as vacation homes in Haywood, compared to a far smaller number of local homes available for long-term rental.

Commissioner Kirk Kirkpatrick, a Waynesville lawyer, said he was familiar with the popularity of vacation homes in the area.

“In my practice, I have found that we have folks coming here to purchase homes, and sometimes they purchase them just for the business aspect,” Kirkpatrick said. “They don’t even look at the price of the home. They look at the income that they’re receiving, and treat it as a business purchase.”

Partnership plan is ready to go

Smoky Mountain Housing Partnership, established in late 2019, has assembled a plan designed to help take someone from homelessness — or from renting a home — to homeownership, using a six step continuum, McGowan said.

Mountain Projects Executive Director Patsy Davis said the Smoky Mountain Housing Partnership board compiled its goals and plans by talking to people in the community.

“Our mission is really to try to expand and help our families and our communities afford and be able to obtain the American Dream. This all comes back to preserving the American Dream,” Davis said. “Smoky Mountain Housing Partnership has a mission to do that, we are expanding on some of the things that we are doing right now.”

Commissioner Chairman Kevin Ensley noted that Mountain Projects has federally funded Section 8 Housing Choice Vouchers, but people cannot find housing to use them on, and Davis confirmed. She said their affordable housing waiting list closed because it exceeded 700 names, and a three to four year wait time.

But thanks to the recently formed Smoky Mountain Housing Partnership, a new board is taking the reigns on affordable housing initiatives.

“We have 40 lots available that were gifted to us basically down on Jonathan Creek,” Davis said. “We really want to offer it to our workforce, folks here in Haywood County. We want to offer that to teachers, firefighters, police officers, all those who are serving our community.”

The partnership is working on an option for people to purchase property with water and sewer already in place, implementing a sweat-equity program to help landowners build their own homes, teaching them along the way to become homeowners, Davis said.

Another developing program is through a partnership with Western Carolina University, wherein three professors and groups of students will develop the plan for a micro home community, similar to one the board toured in Greensboro.

Other ideas include a housing counseling center. A project manager will soon be hired to start developing the Jonathan Creek properties, Davis said.

So far, Smoky Mountain Housing Partnership has raised $210,000 of the $500,000 it needs to initiate its new homes program, which will self-perpetuate once that goal is reached, Davis said.

“Our board could maybe look at contributing to that,” Ensley said. “I could see how that could keep going and going.”

Both Davis and McGowan said money is difficult to find for affordable housing, but the partnership is working hard to find resources.

“We continue to write grants,” Davis said. “We hope at some point the county will consider helping support our effort.”

Like Ensley, Kirkpatrick voiced interest in getting the county involved with the partnership.

Commission Vice Chairman Brandon Rogers said sitting on the Mountain Projects board opened his eyes to all the programs Davis and the rest of her staff are involved in.

“I think it goes unnoticed a lot of the time,” Rogers said. “But we appreciate what you guys do.”