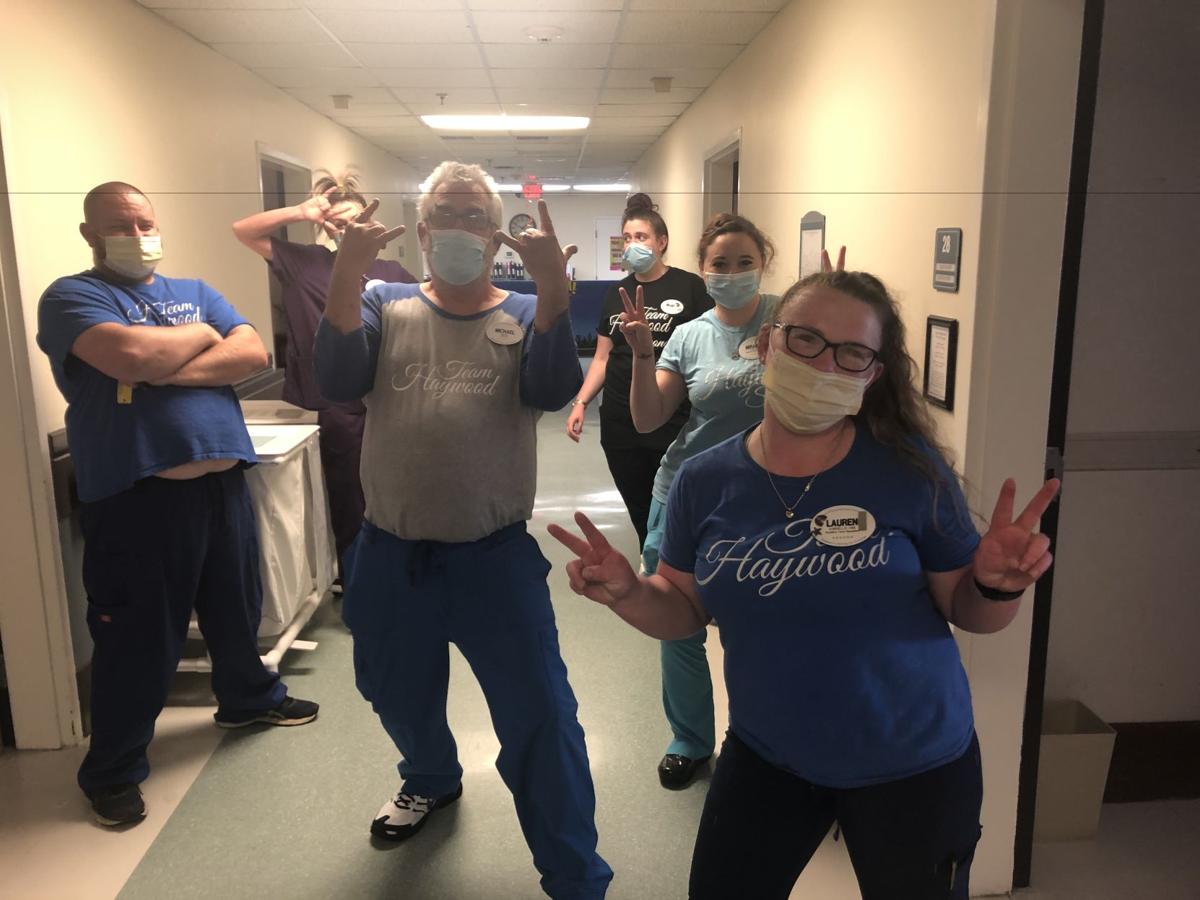 STRIKE A POSE — Michael Meade (center) and other staff at HNRC pose for a picture. 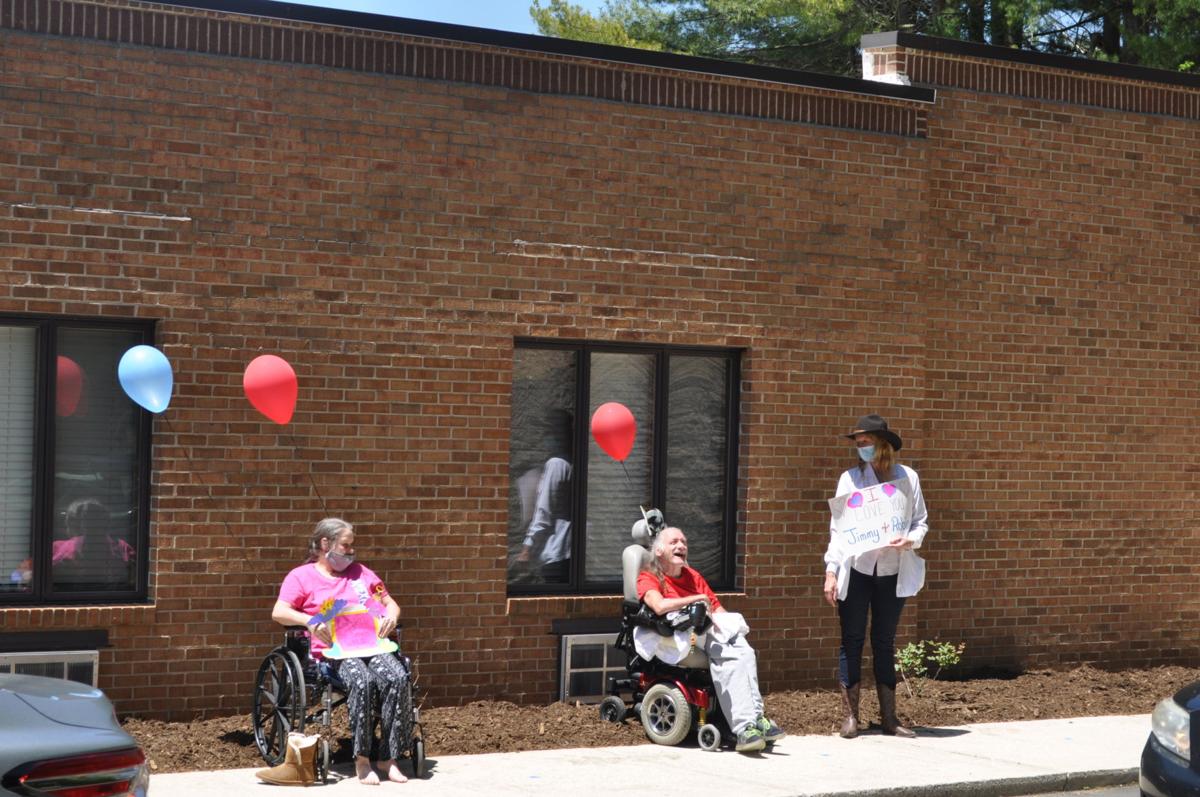 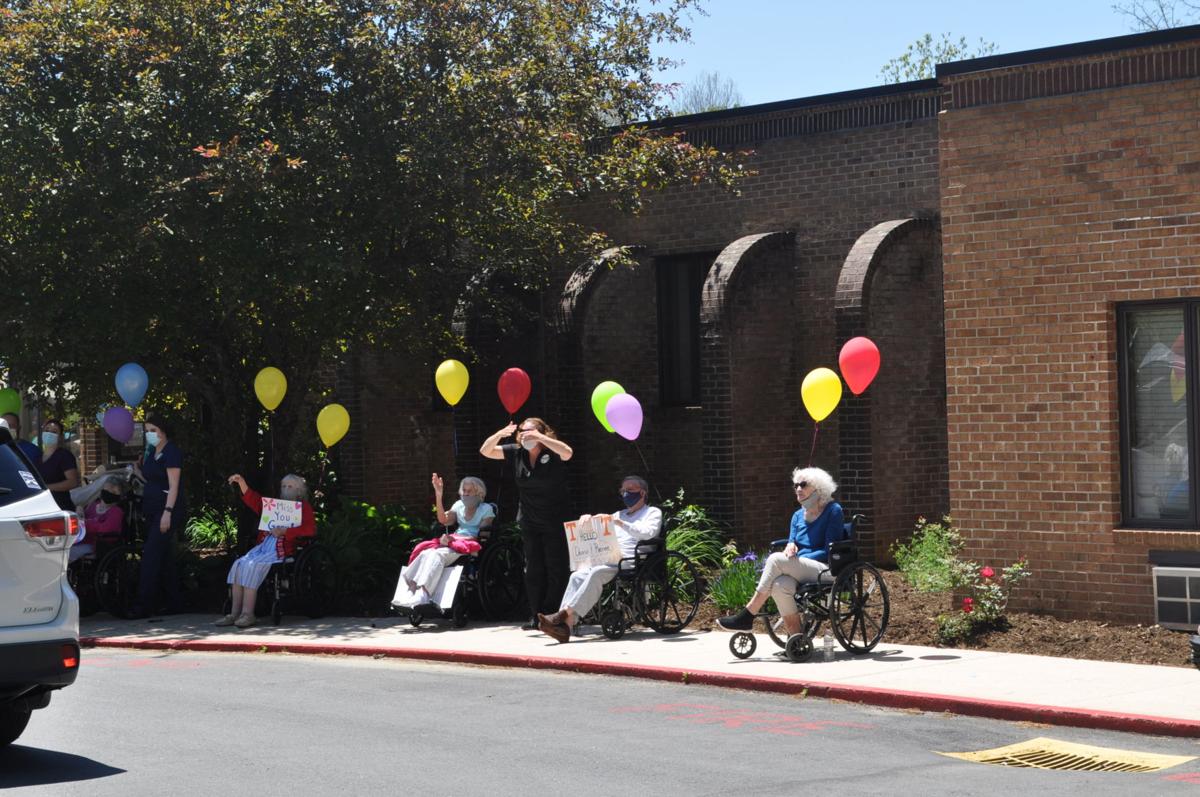 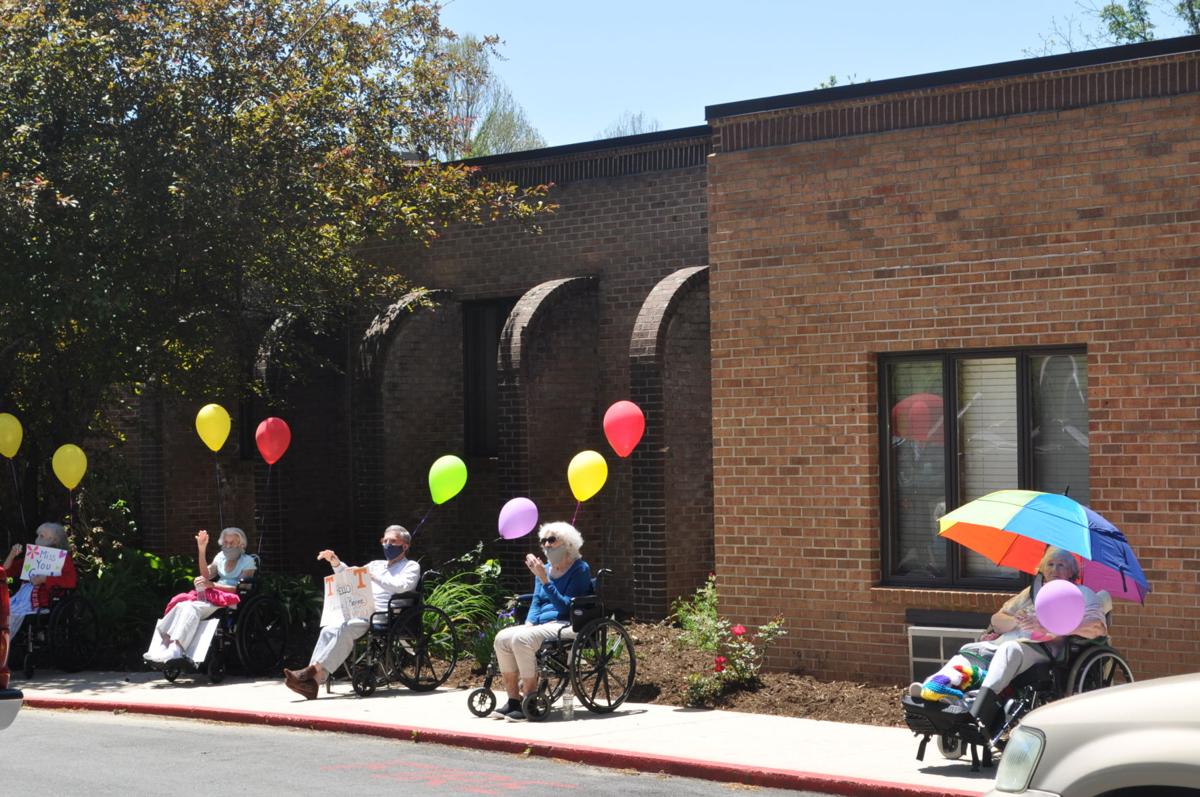 STRIKE A POSE — Michael Meade (center) and other staff at HNRC pose for a picture.

With long-term care facilities on lockdown since mid-March due to COVID-19, residents of Haywood Nursing and Rehabilitation Center (HNRC) have been unable to visit with family and loved ones.

On May 15, staff at HNRC held a drive-by parade with the help of the Haywood County EMS, and other emergency service departments. The parade began in the Garrett Funeral Home parking lot and ended in the front parking lot of the care facility.

The event was spearheaded by Michael Meade, a nurse at HNRC, and a previous EMS paramedic. Meade brought the idea up to the staff at HNRC and everyone agreed it was a great opportunity for residents and their families to see each other while still practicing social distancing.

Because of Meade’s connections, he spoke to his former employers and they offered to help with the parade.

Meade was delighted with how the event turned out, and said it wouldn’t have been possible without the help of healthcare workers at the facility and emergency service workers.

“What can I say. They’re heroes. Everyone worked together to make this happen,” Meade said. “This wouldn’t have happened without the love and support we received from the community. It was a big team effort.”

Families and friends participated in the parade, as well as local businesses such as Mountain Credit Union. Residents sat on the sidewalk in front of the facility and made signs for their families to see.

Before the parade, Meade said that, “Residents were going stir-crazy,” not being able to visit or go outside. In holding the parade, residents had an opportunity to get dressed up and visit with friends and family.