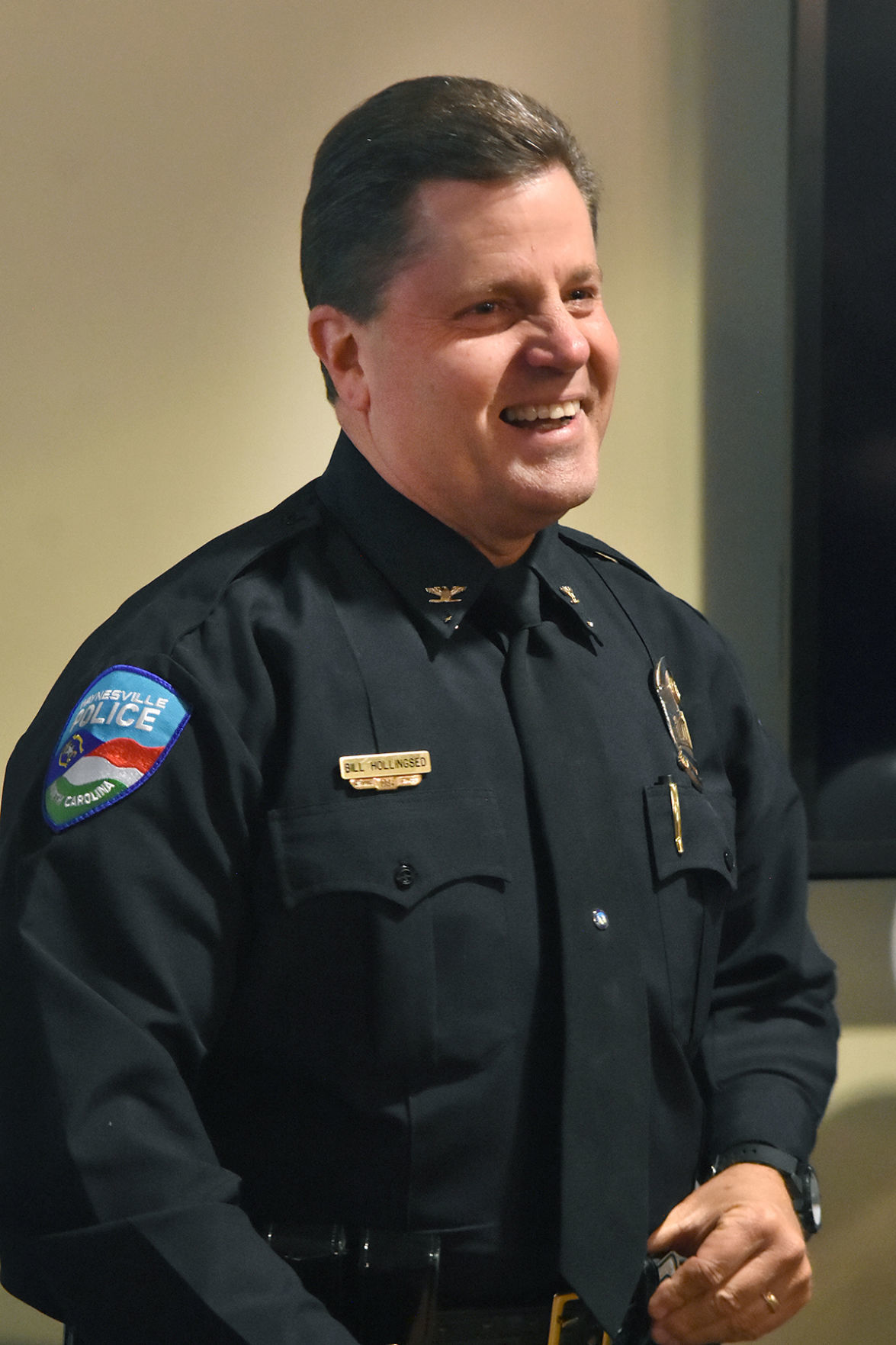 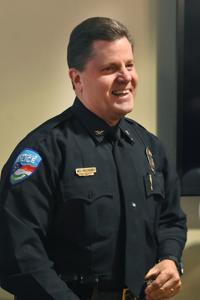 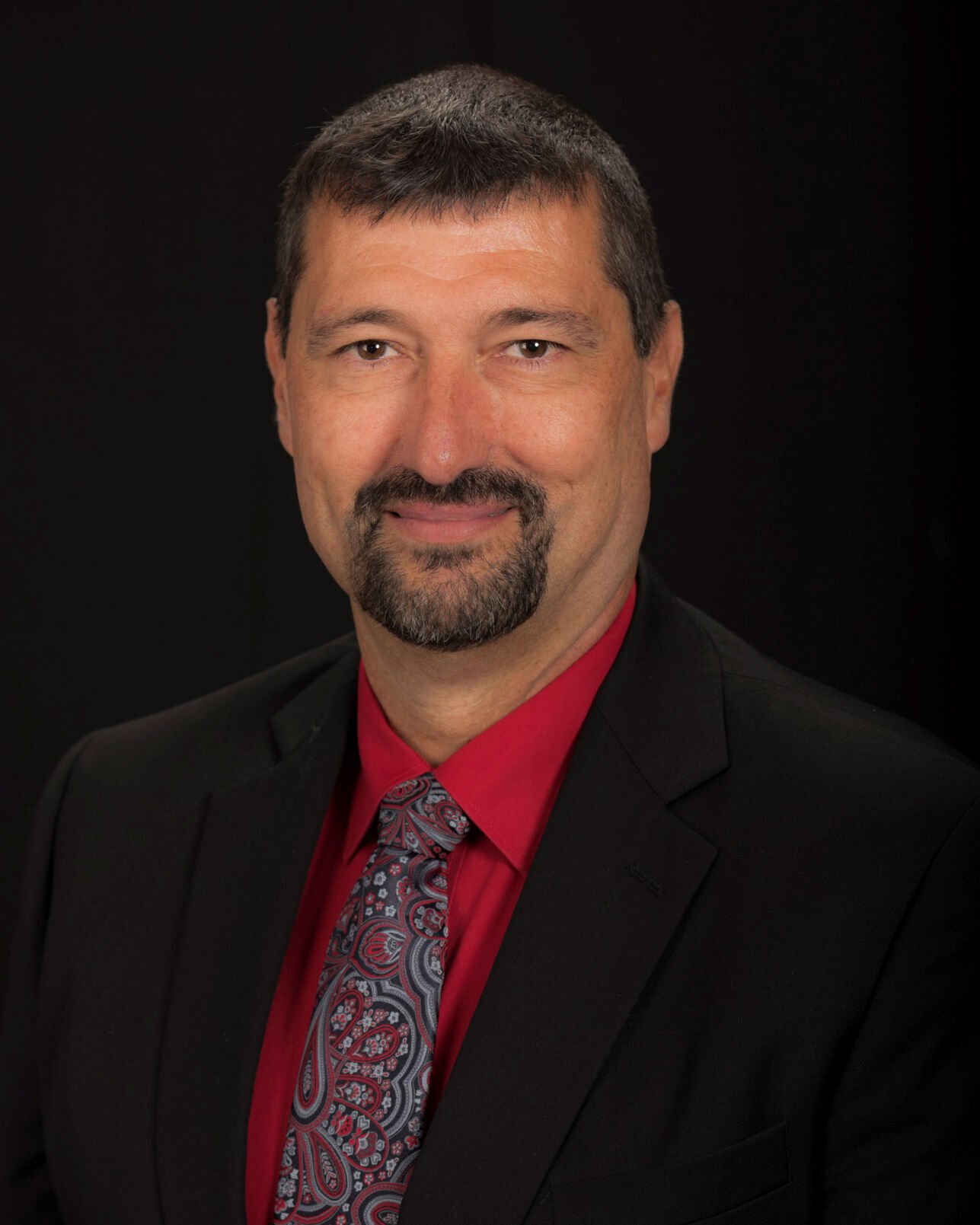 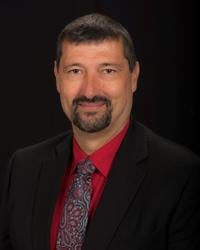 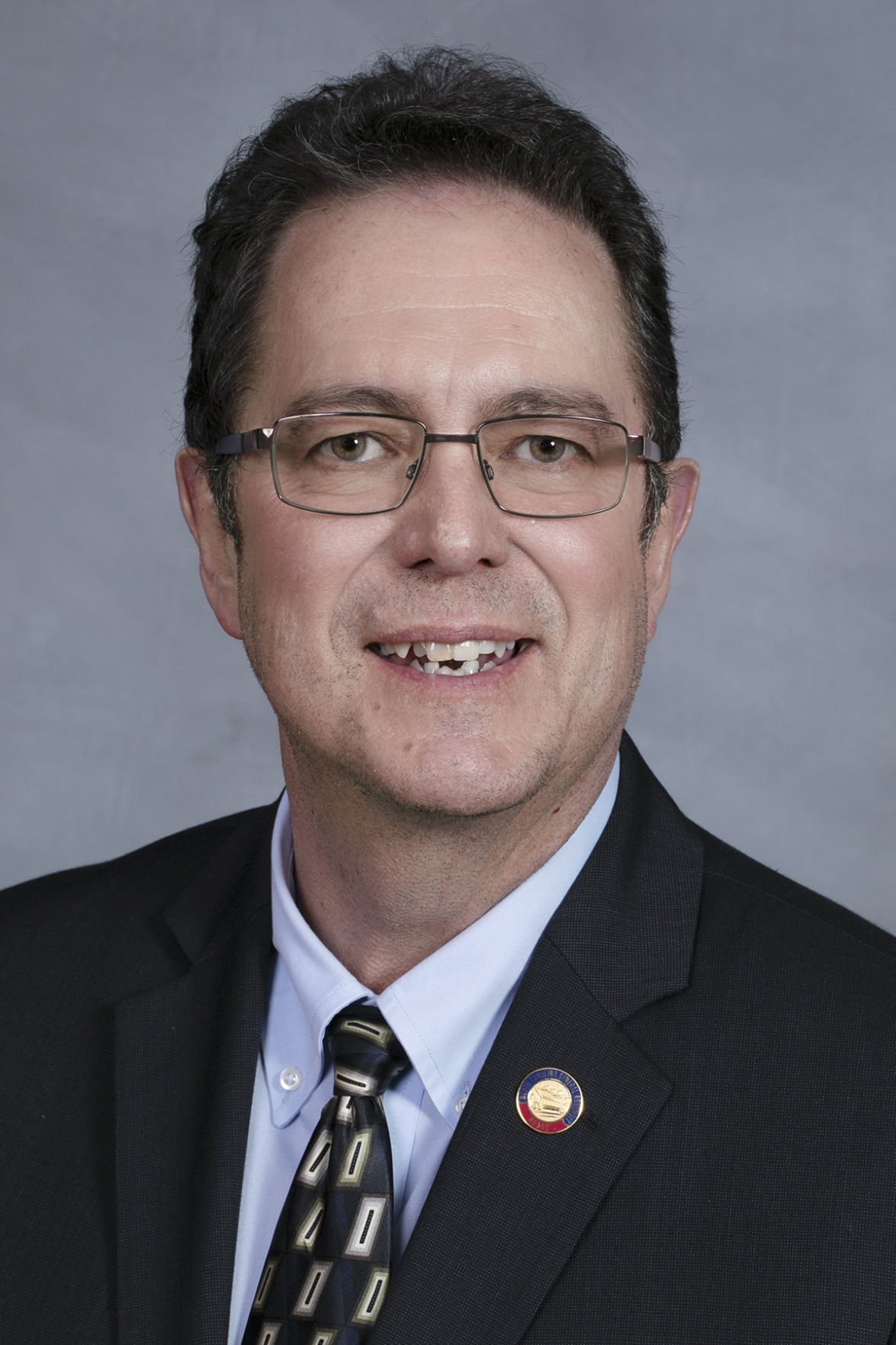 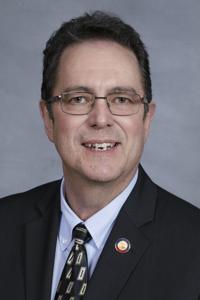 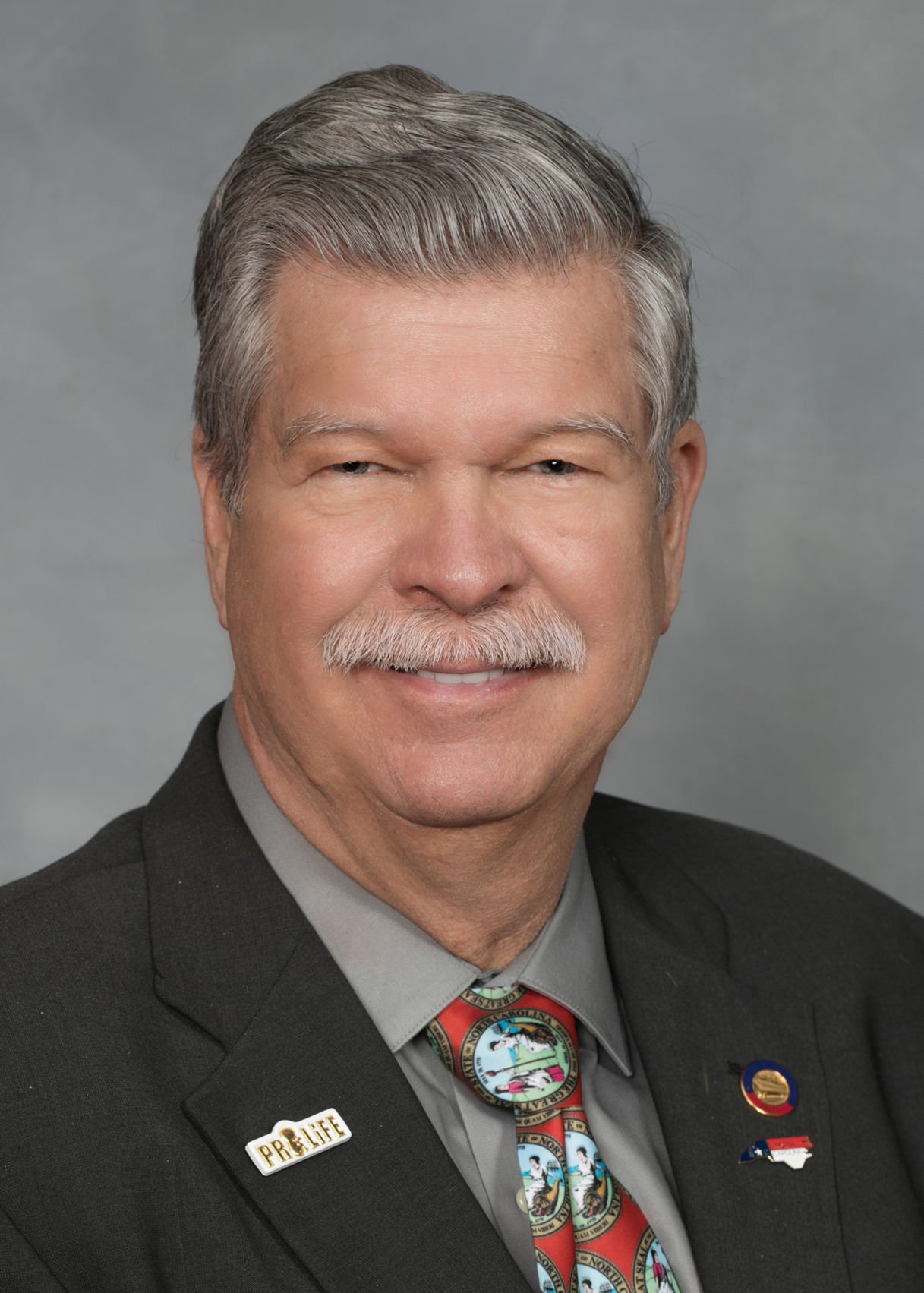 A bill in the North Carolina House would change the way law enforcement in the state does business.

Criminal justice reform is a complicated topic that has come to mean different things to different groups. Nationally, the George Floyd Justice in Policing Act has made headlines, but in the Old North State, it’s Senate Bill 300 that began what may be a new wave of changes. The 26-page bill passed unanimously in the Senate.

Republican Sen. Kevin Corbin of Macon County, who represents Haywood County, said the bill, which went through 51 drafts, was the product of compromise. Corbin said he believes the bill will have strong support in the House, as well.

While compromise isn’t unheard of in Raleigh and plenty of bills have bipartisan support, Corbin said the amount of work that went into this particular piece of legislation was unusual.

“For something as broad as this, it’s fairly rare,” he said.

Republican Sen. Danny Britt of Robeson County submitted the bill. Britt is an attorney who represents law enforcement officers in a variety of cases and has been both a prosecutor and defense attorney. He is also chairman of the Senate Judiciary Committee. Britt said it’s important to provide officers with resources while also ensuring accountability.

“I think there’s just a shift in thinking that we need to have law and order and make sure our laws are tough and being enforced, but we need to ensure they’re being enforced even-handedly and fairly,” Britt said.

Notably, the bill would create a “statewide database accessible to the public” containing all suspensions, revocations of law enforcement certifications and “critical incidents” in which an officer causes death or serious bodily injury.

The bill also would mandate both initial mental health evaluation for officers and “ongoing requirements,” such as in-service training and evaluation.

“We want to make sure we tighten that up a bit … these officers can have some kind of preexisting issue that makes them predisposed to not handling stressful situations well,” Britt said.

In addition, the bill would make it a felony to cause a “serious injury” to an officer while resisting arrest or obstructing the officer. This is currently still classified as a misdemeanor.

Britt said the bill is the result of a lot of time spent thinking, writing, rewriting and compromising. The process began about three to four months before Britt even began writing the bill as he discussed the issue with others. Next came the drafting process, which Britt said took about four months. Revisions during that time focused both on big-picture items and specificity of language.

“Some of the changes were changes that I wanted after it was done,” Britt said.

Involved throughout the process of drafting and getting the bill passed in the Senate were the state association of police chiefs, the sheriffs’ association and the conference of district attorneys. Former Waynesville Police Chief Bill Hollingsed is now the executive director of the North Carolina Association of Chiefs of Police.

Hollingsed believes the bill will be effective if signed into law.

“The law enforcement agencies have had little issue with the things that are elements of this bill,” he said.

Hollingsed expressed support for the development of a public database to track officers’ disciplinary issues. “We are all in favor of this increased database to make it easier to identify those officers who go from agency to agency and have problems,” he said.

Hollingsed also discussed a section of the bill that would require any officers who receive a “Giglio letter” to appear on the database. A Giglio letter documents that an individual withheld or falsified evidence during a criminal trial, meaning dishonesty during a previous trial can lead to an officer being unable to testify during future proceedings.

While Hollingsed said each prosecutor has their own interpretation of how a Giglio letter could impact a trial, he added that having it in the database would basically be a “kiss of death” for a law enforcement career.

“At least that chief or sheriff can know about the letter and research to find out what the issues are,” he said.

Should the bill become law, two commissions will be tasked with providing much of the implementation the North Carolina Criminal Justice, Education and Training Standards Commission, which Hollingsed chairs, includes all municipal departments, SBI and Highway Patrol, and the North Carolina Sheriffs’ Education and Training Standards Commission covers the state’s 100 sheriff’s offices.

Although not in Senate Bill 300, Hollingsed said he’d like to see an accreditation process, for which the commissions could also provide oversight. Hollingsed, who is also the chairman for the state’s committee for accreditation, said accreditation would be provided by the Commission on Accreditation for Law Enforcement Agencies (CALEA).

Hollingsed, who said he has fought for accreditation for the last five years, noted that a CALEA accreditation is expensive but would improve overall professionalism.

“We should have accreditation so we can go in as standards commissions and ensure every agency’s policies and procedures are where they need to be,” he said.

“The whole purpose is we identify where they’re not up to standard and help them reach it,” he added.

Because there are 629 law enforcement agencies in the state, accrediting each would take years, but Hollingsed said that’s the ultimate goal.

When asked whether a commission made up of career law enforcement officers is most appropriate to hold fellow law enforcement agencies accountable, Hollingsed said it’s necessary that those with knowledge of how departments operate are involved and dismissed any notion of potential bias.

“We want to increase the proficiency and the professionalism of law enforcement,” he said. “That’s our goal. It’s not to give anybody a pass or saying you’re accredited because you’re fellow law enforcement.”

“You’re either going to meet the criteria or not,” he added.

One element not included in the bill that continues to be the subject of national conversation is qualified immunity. Everyone in the justice system has qualified immunity, which according to the case Pearson v. Callahan, “Qualified immunity balances two important interests — the need to hold public officials accountable when they exercise power irresponsibly and the need to shield officials from harassment, distraction, and liability when they perform their duties reasonably.”

This means that while officers and others in the justice system can still be sued, their cases are more likely to get dismissed before a trial even begins.

As the conversation surrounding police reform advances, more people are calling to end qualified immunity and say it protects officers from liability in cases where they should be held personally accountable.

Britt has defended officers in court, including those involved in shootings. He provided the example of a current case in which he’s defending an officer sued by a person convicted on a rape charge who was later exonerated based on DNA evidence and the victim recanting their story.

“At the time they did the initial interview, the guy admitted that he did what he was charged with,” Britt said. “He’s on audio admitting it, but this officer is now being sued because of this erroneous conviction.”

“With a good lawyer, there’s going to be a motion for summary judgment filed, and the case will likely be dismissed against the officer, because the information he acted on at the time he made the arrest was good,” he added.

“[An officer] could lose their home and everything else,” he said.

He added that he isn’t against “bad officers” being held accountable but anticipates ending qualified immunity would hurt recruitment and retention.

“There are people who wouldn’t work another day in law enforcement if that happened,” he said.

The bill is now in the House, with no timeline for a vote.

Rep. Mike Clampitt, who lives in Swain County but represents part of Haywood, said that while he wouldn’t speak for other members, he supports the bill.

“It’s going to help professionalize and assist the law enforcement officers throughout the state by having more uniform training standards, and also public sentiment to being sympathetic to the needs and the mental status of folks in the community,” he said.

Clampitt, a retired firefighter, praised the ways in which the bill addresses officers’ mental health and drew upon his own experience to discuss why that’s important to him.

“Having gone through that in my career, I’m sensitive to that,” he said. “I’m a strong proponent of PTSD review and having assistance for individuals.”

Rep. Mark Pless of Haywood County said that while he’s in favor of certain things, he doesn’t like the inclusion of the public database.

“I think it opens up people who may have made a poor decision,” he said. “I’m afraid by opening it up and making it public you’ll open them and their families up to a lot of scrutiny.”