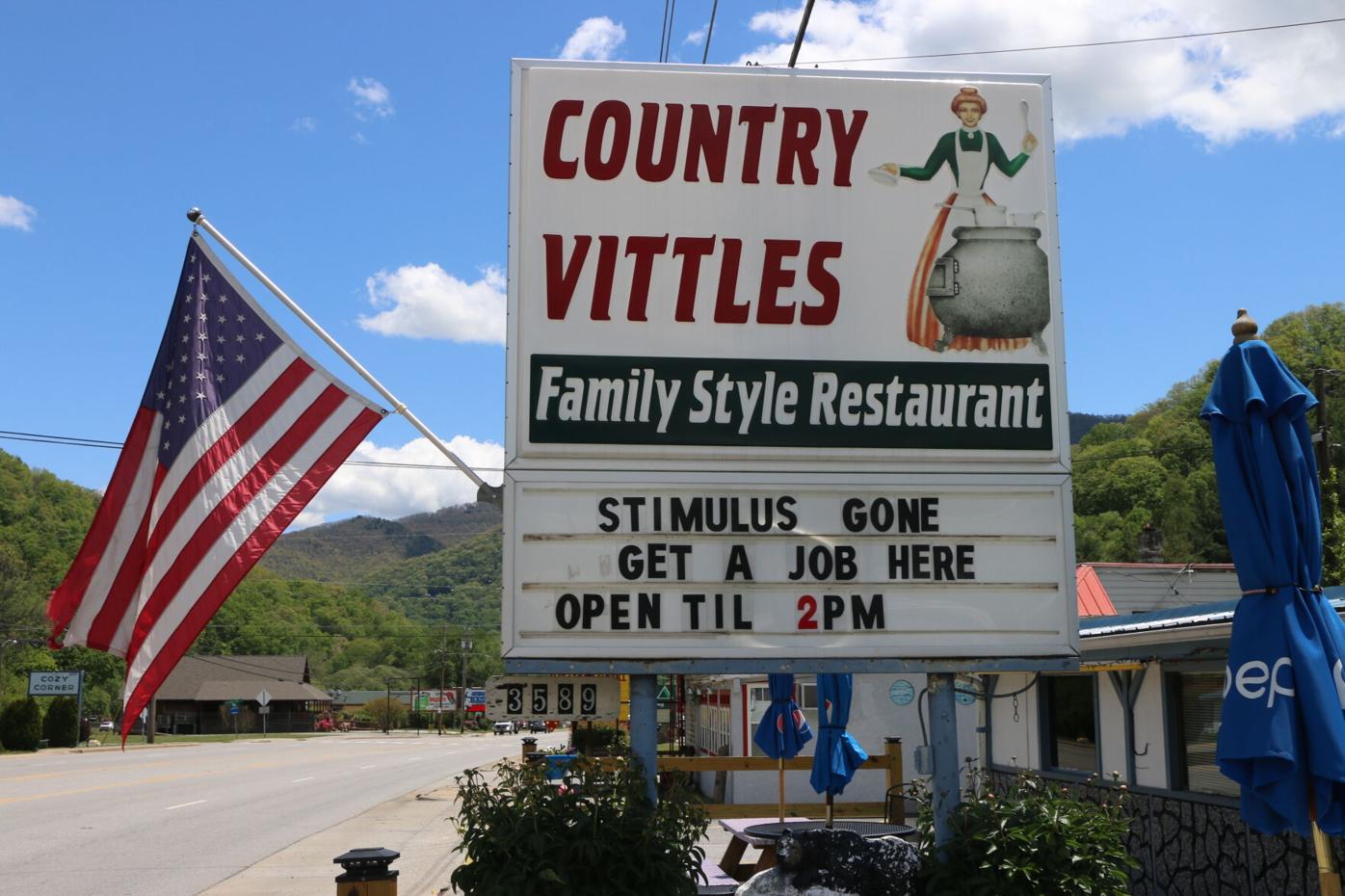 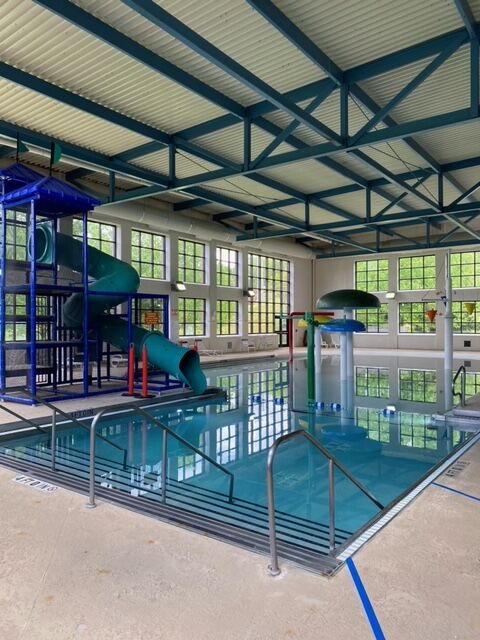 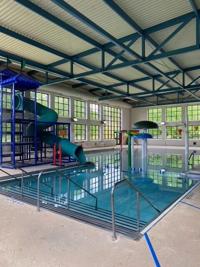 SATURDAYS ONLY — Until the town of Waynesville can hire more lifeguards, the water park at the town recreation center is only open on Saturdays. 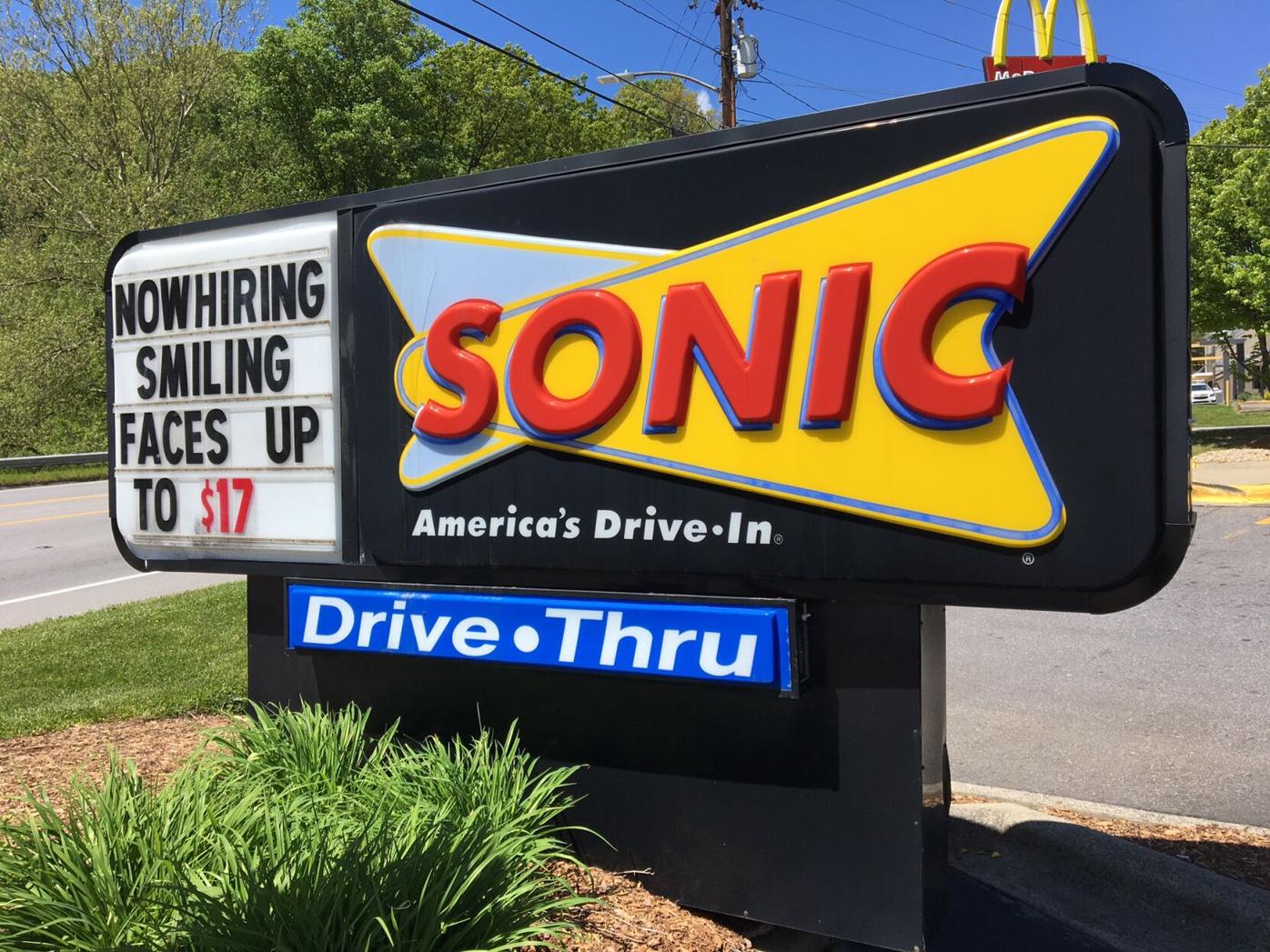 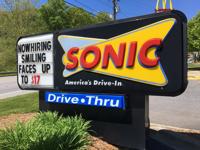 SMILING FACES WANTED — Businesses across the county use their sign to entice job applicants. 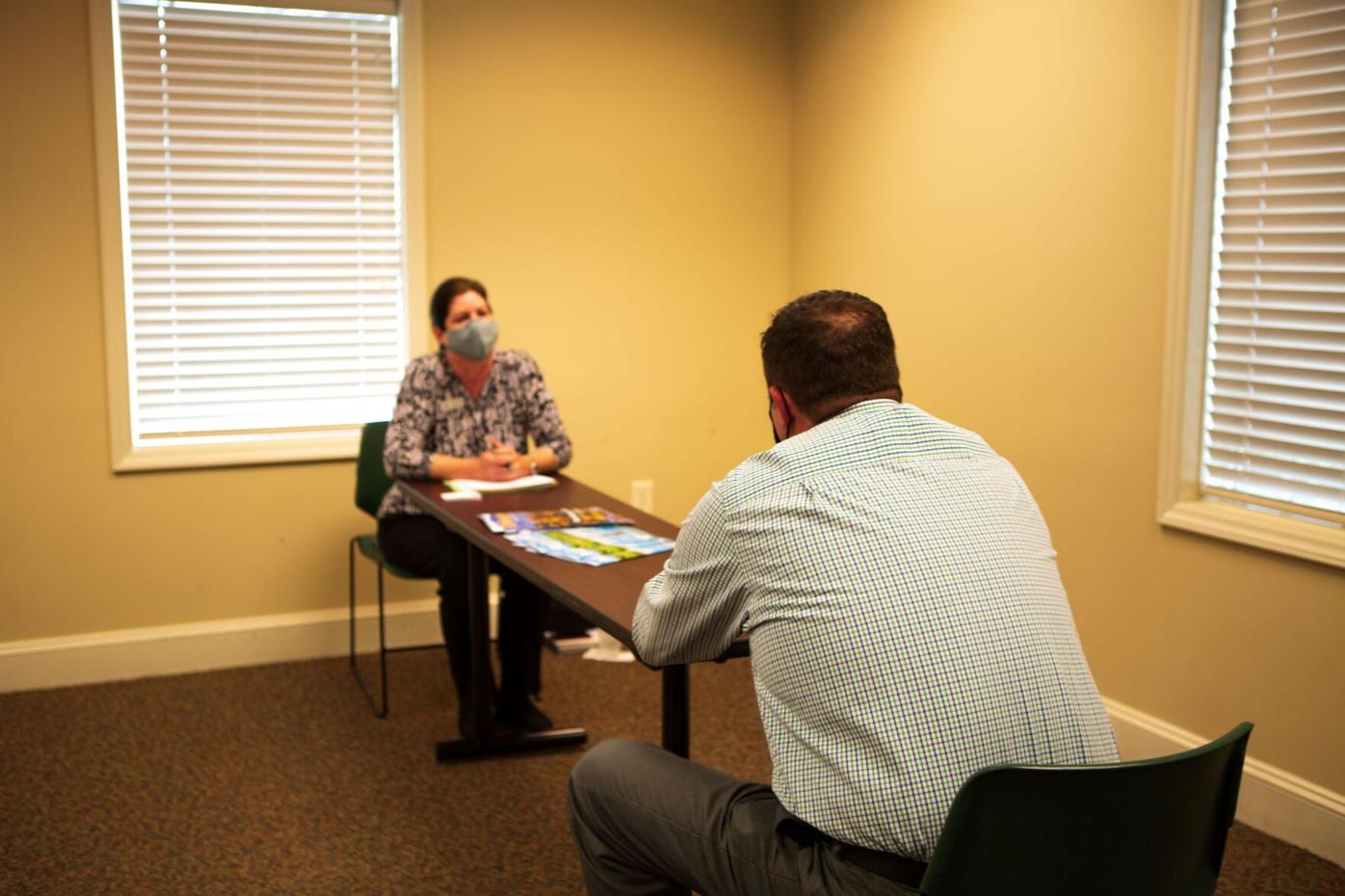 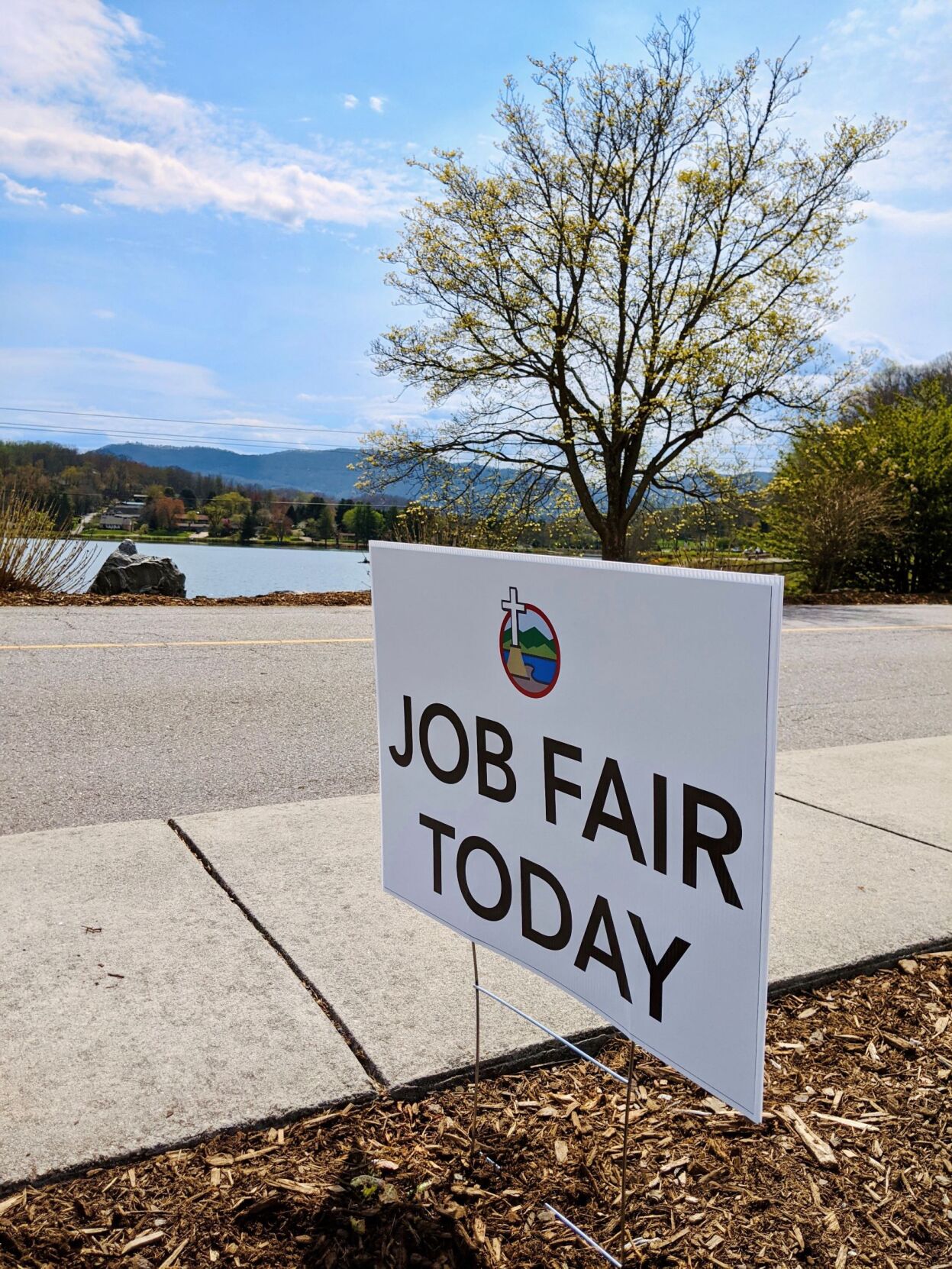 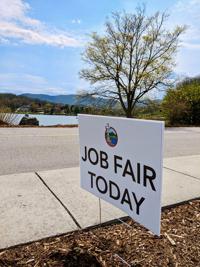 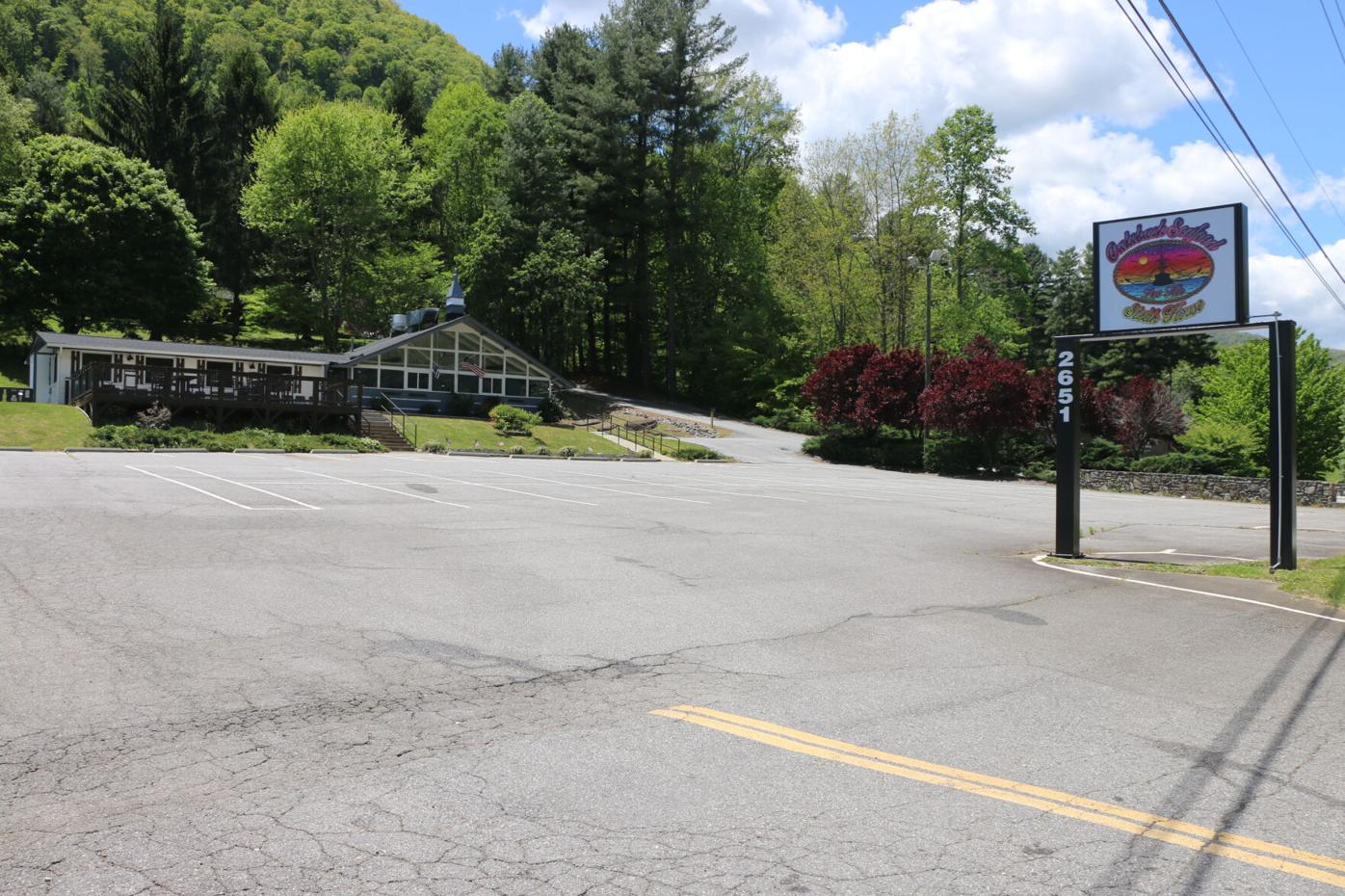 EMPTY LOT — Labor is so scarce that the owners of a popular seafood and steak restaurant shut down during the pandemic hasn’t been able to reopen. 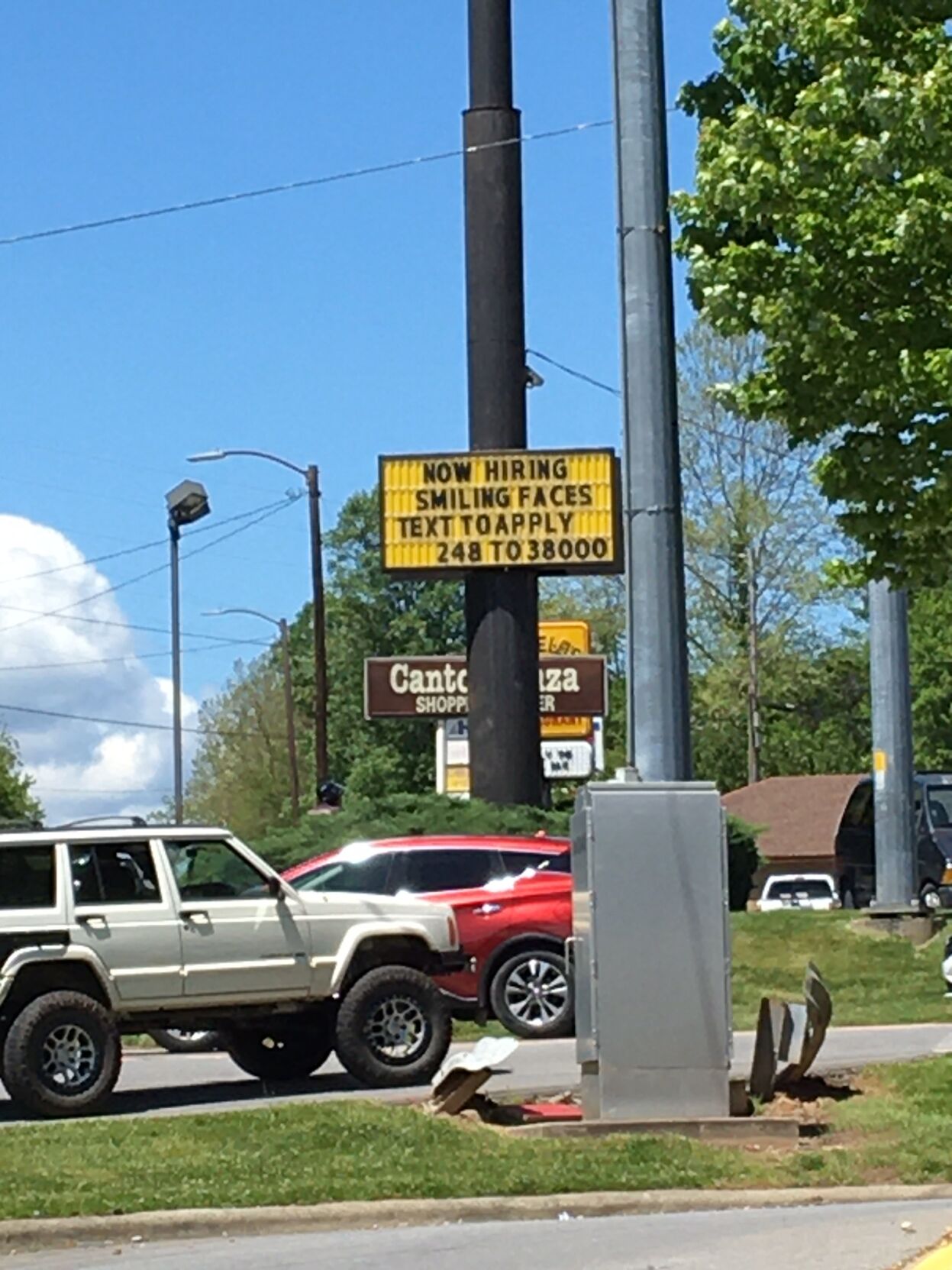 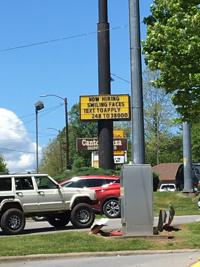 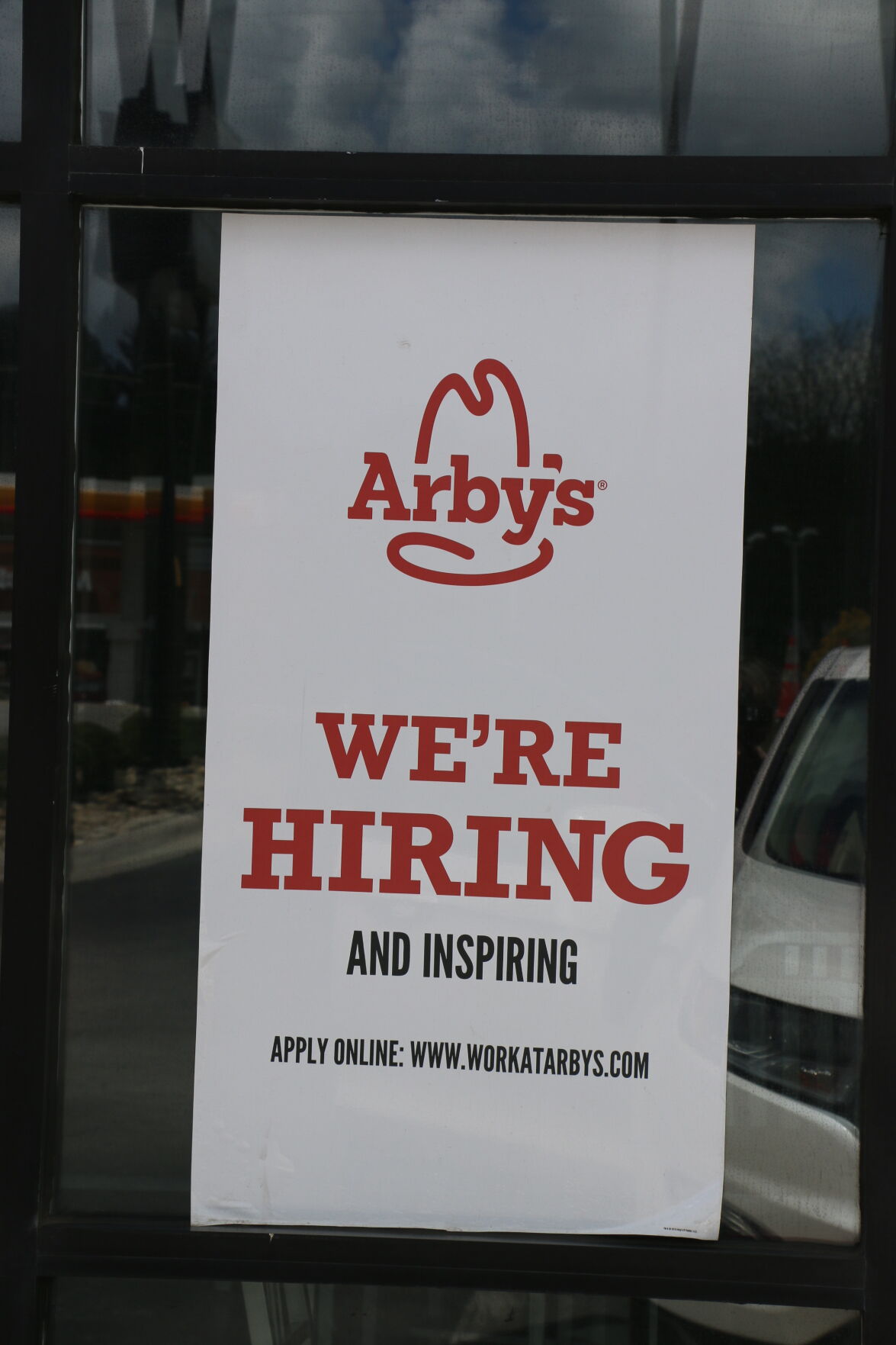 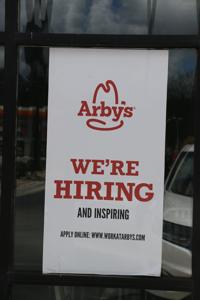 SATURDAYS ONLY — Until the town of Waynesville can hire more lifeguards, the water park at the town recreation center is only open on Saturdays.

SMILING FACES WANTED — Businesses across the county use their sign to entice job applicants.

EMPTY LOT — Labor is so scarce that the owners of a popular seafood and steak restaurant shut down during the pandemic hasn’t been able to reopen.

Employers across Haywood County are pulling out all stops to find help.

Some have upped their pay scale and offered perks, but even if someone even accepts the job, several employers said some just stop showing up within a couple days.

That’s led to reduced hours or menu options for some restaurants and other companies that simply struggle to fulfill their business mission with fewer employees.

Here is a small sampling of employers in the county who shared their experiences trying to hire staff.

During the summer months, the Waynesville Parks and Recreation Center would employ up to 20 lifeguards to operate the pool so that it complied with safety regulation.

This year, there are only seven lifeguards on staff, three who are full time and four who work part time, said Rhett Langston, Waynesville’s parks and recreation director.

“We’ve opened the doors for people to start coming in,” said Langston. “Classes are filling up, personal training appointments filling in, but the biggest issue is hiring people. We just don’t see the applications we used to before the virus, for both part-time and full-time. We have never had this kind of an issue before.”

The lack of lifeguards has reduced operating hours for the water park to Saturdays only, and while the lap pool is open Monday through Saturday, the hours have been greatly reduced.

The town governing board has increased part-time pay for lifeguards from $10 to $12 an hour in hopes that will help address the staffing shortage, Langston said, but meanwhile, safety is still a propriety and the pool hours can’t be increased beyond the recommended one lifeguard for every 25 people in the pool.

The water park and the lap pool each must have a lifeguard, he added.

The labor shortage isn’t just impacting part-time employees. His department has full-time jobs that have a scarcity of applicants, as well, Langston said. That’s something that is surprising since the town has an enticing benefit package that includes health insurance and retirement.

While gymnasiums and fitness centers were hit hard by the COVID-19 shutdown rules, Langston said having many vaccinated and relaxed rules are helping bring people back.

“We’re not up to normal numbers, either for hours or programs, but we’re doing the best we can considering the lack of personnel,” he said.

At the beginning of the pandemic, it was nearly impossible to drive by Low Tide, a popular steak and seafood restaurant, during the evening hours and not see the parking lot packed.

But after only being open a short while, the popular dinner spot shut its doors and hasn’t been open since. While many have speculated it’s due to COVID restrictions, that’s no longer the case.

“The only reason Low Tide isn’t open is that we’ve been trying for months to get people to work, but we can’t,” said owner Olivia Vargo.

Vargo also runs The Buttered Biscuit with her family. While that establishment has been open, she said help is hard to find all around.

“You have people who will schedule interviews, and they will be in contact for a few days then they don’t show up when it’s time for the interview,” Vargo said.

“One waitress worked one day and didn’t show up again,” she added.

While Vargo seemed happy that at least Buttered Biscuit was open for business, she lamented that Low Tide shut down before they even got to do some of the things they were looking forward to, such as oyster roasts. However, she wanted people to know that there’s no reason to fear.

“It’ll open back up eventually, even if it has to be closed all summer,” she said.

Pre-COVID, the Methodist conference and retreat center in Haywood County was a large employer, especially for high school and college students.

The summer months were especially challenging when upward of 1,200 were on campus to attend conferences and gatherings.

Last year’s business model had to change significantly, though, since group gatherings were prohibited. But as rules become more relaxed, the Assembly is looking to fill a number of positions. The decision was to hold a job fair in mid-April to recruit employees.

“The job fair generated interest and made it easier for people to find out more about the employment possibilities at Lake Junaluska,” said Ken Howle, the Assembly’s CEO. “We were pleased with the number of people that attended and impressed with the quality of applicants. A job fair is an example of how organizations have to think outside the box in their efforts to recruit employees.”

Howle said as the organization moves into summer and begins regaining business, finding employees is one of the greatest challenges, not just for the Assembly, but in the region.

J.J. Boyd, owner of the Ashevillew-based Skyrunner Internet, pays full-time technicians about $26 an hour, along with the federal mileage rate, health insurance and a 401k.

The starting salary is $20 an hour, and benefits kick in after three months.

Still, finding workers is a challenge in this climate.

Boyd said he hires based on eagerness as opposed to experience.

“I’d prefer a willing attitude,” he said. “We can train for the rest.”

The broadband field is a wide open one, especially with the federal and state push to bring internet services to the unserved and underserved areas of the state.

Skyrunner also employs after-hours support personnel who handle customer service during nonbusiness — a position that’s not hard to fill, Boyd said, along with an office staff and general laborers, who start at the living wage rate of $15.50 an hour.

With serving a wide area across the region, employees who work in the field have the added benefit of being paid for their time from the minute they leave their house, as well as a top-rate mileage reimbursement.

“I spent three months doing it last summer,” Boyd said of the general laborer job. “It’s not fun, but it has to be done.”

Boyd describes Skyrunner as a millennial company where he strives to employ a team where all are working together to build networks in the region.

The sign outside Country Vittles reads “Stimulus check gone, get a job here.”

Owner Judy Miller laughed when asked if she’s had trouble finding enough people to fill all the jobs she has available.

“We’ve had a problem hiring for the last four to five years but, but it’s definitely the worst now,” she said.

Miller also noted that, aside from being closed from March 26 to May 22 of last year due to the pandemic shutdown, she’s managed to stay open and said the folks she’s had working have kept the ship afloat.

“I’ve been very fortunate with what help I’ve had,” she said.

But while Miller said the last year or so has brought some of the best business she’s seen in her 25 years of ownership, more help would still go a long way and she’s hoping to hire upward of six more employees.

“We need cooks, dishwashers, cashiers and waitresses,” she said. “We need everything.”

Joey’s Pancake House has long been a breakfast staple of Maggie Valley and Haywood County.

However, not long after the restaurant came under new ownership, the pandemic hit, and now restaurants in particular are having trouble finding reliable employees. Luckily, the pancake house’s business model allows for it to better weather the store.

“We’re a one shift restaurant,” said manager Aaron Milling, whose father Roy is the owner. “That’s fortunate for us as far as help goes.”

Even with being open daily only from 7 a.m. until noon, Milling said more help will be needed and admitted it’s been difficult to find folks who want to work.

“It’s really hard to find people on websites,” he said.

Milling said he gets that some people who were working in restaurants might be making more on unemployment and said his staff is almost entirely different from what it was before the pandemic.

But Milling said he still feels fortunate to have the folks on his staff that he does and noted that their hard work has kept the wheels turning.

“We’ve been lucky with the people who came in and wanted to work hard,” he said. “(Former owner) Brenda (O’Keefe) did a good job building the reputation of Joey’s up, and that helped with people wanting to work here.”