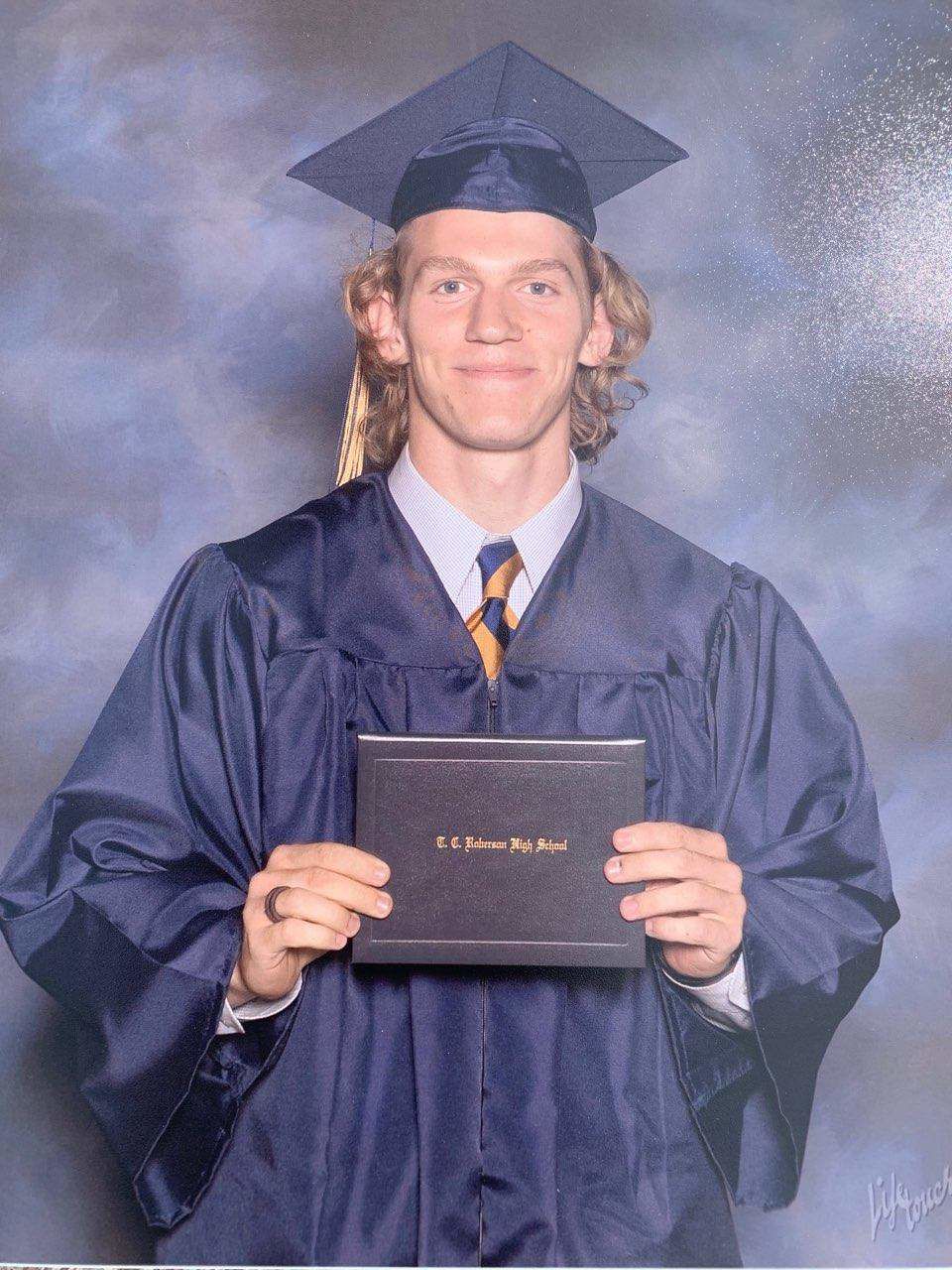 FORMER STUDENT — Former Haywood County resident Riley Howell, pictured here at his graduation from T.C. Roberson High School in Asheville in 2016, was one of two UNC-Charlotte students killed in a shooting on Tuesday night. 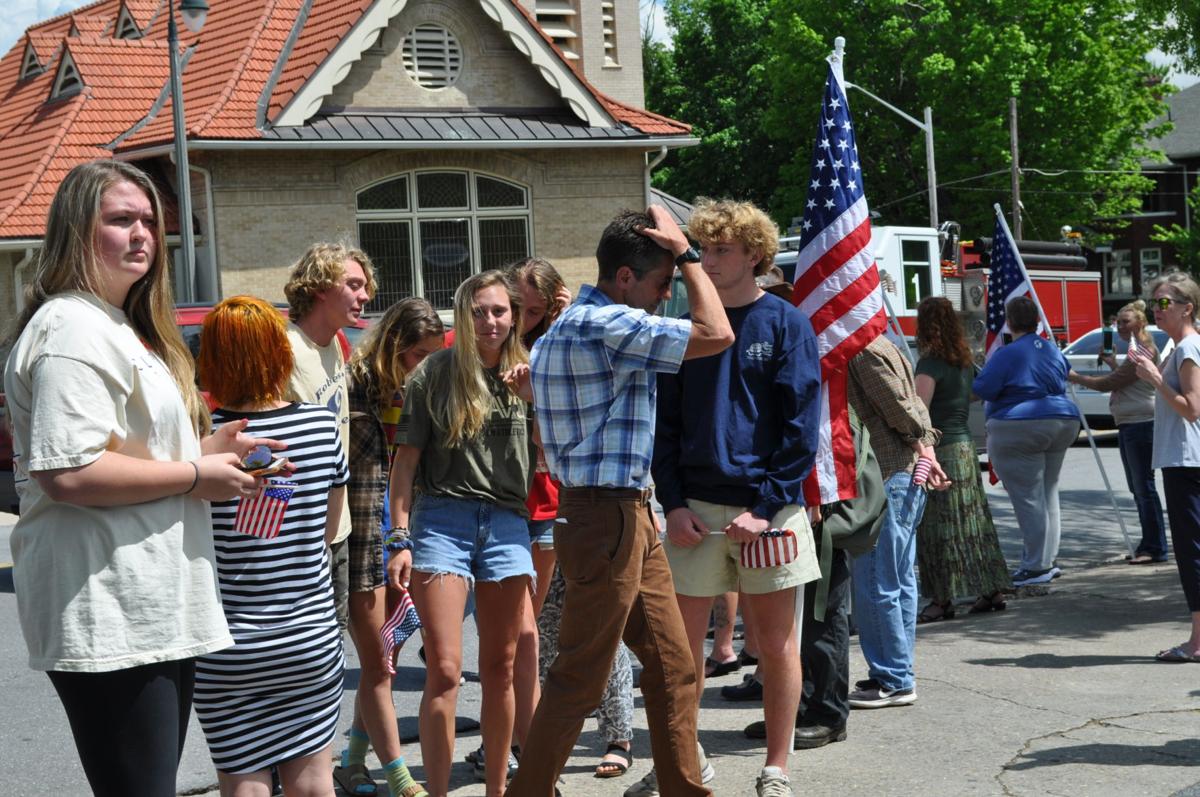 TRAGEDY STRIKES — The Howell and Henry families wanted to remain near the crowd as Riley Howell’s casket was brought home. Above, Thomas Howell, Riley’s father, heads back to the funeral home accompanied by family members. 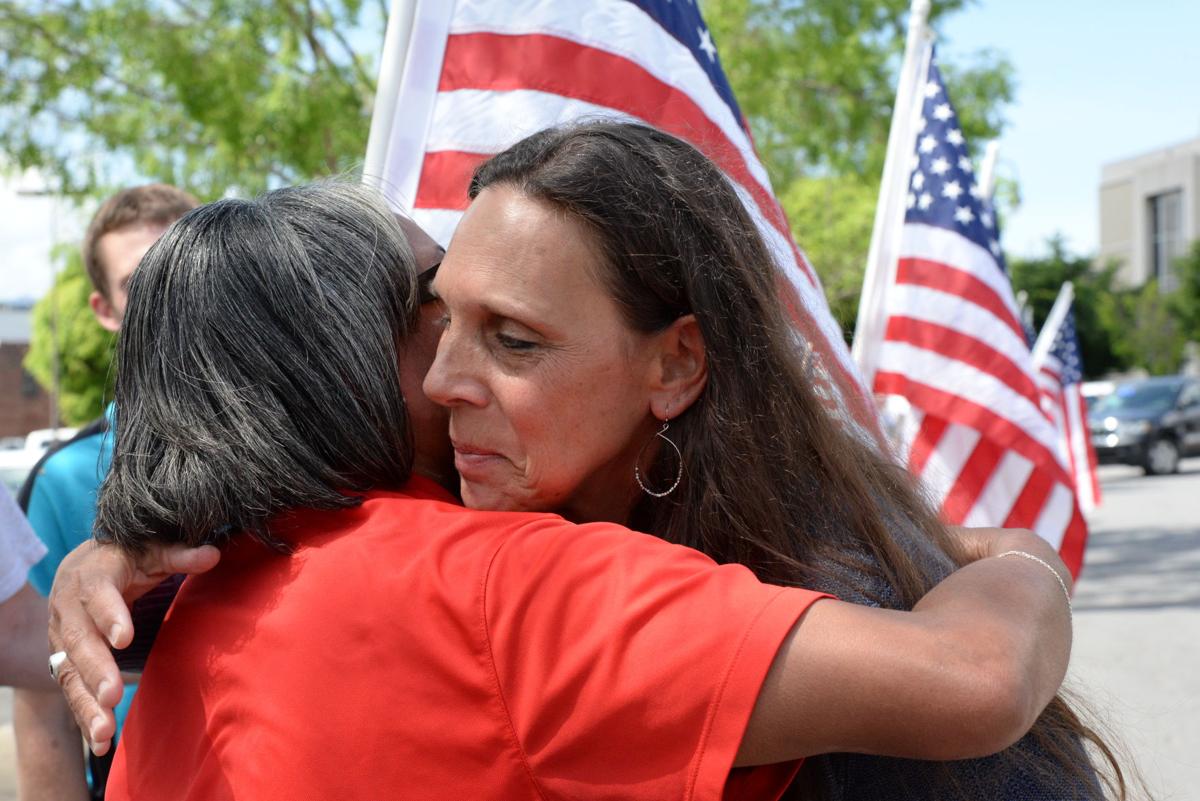 GRIEVING MOTHER — Natalie Howell, Riley Howell's mother, came out to meet community members who gathered in the streets in a show of support for the family as Riley's body was brought back to Waynesville. 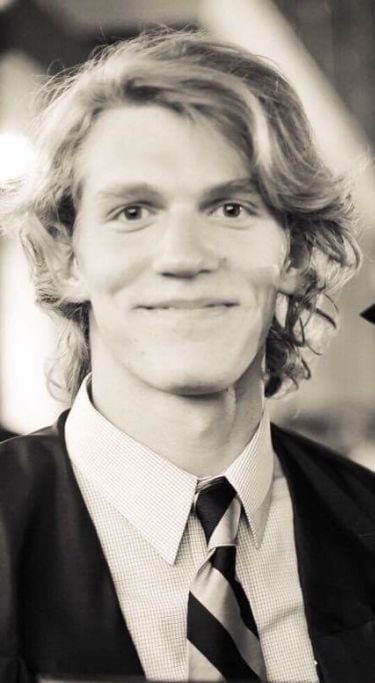 FORMER STUDENT — Former Haywood County resident Riley Howell, pictured here at his graduation from T.C. Roberson High School in Asheville in 2016, was one of two UNC-Charlotte students killed in a shooting on Tuesday night.

TRAGEDY STRIKES — The Howell and Henry families wanted to remain near the crowd as Riley Howell’s casket was brought home. Above, Thomas Howell, Riley’s father, heads back to the funeral home accompanied by family members.

GRIEVING MOTHER — Natalie Howell, Riley Howell's mother, came out to meet community members who gathered in the streets in a show of support for the family as Riley's body was brought back to Waynesville.

That’s according to an account from Charlotte-Mecklenburg Police Chief Kerr Putney, who said the Waynesville native’s bold actions to subdue a man who opened fire in a UNC-Charlotte classroom Tuesday afternoon saved lives.

As a result of his actions, Howell was killed. Putney said that when the shooter entered the “fairly large” classroom where Howell was and opened fire, the 21-year-old rushed the assailant. While Putney was full of pride for the first responders who took action, he had many words of thanks about Howell.

“The first and foremost hero, as far as I’m concerned … is Riley Howell,” he said firmly. “He was probably the second fatality in this incident. His family, as you can imagine, is traumatized and devastated. The father … what I did tell him is we’re committed to the work … we’re going to find the why and get him closure.”

While Putney wouldn’t provide many details specific to how Howell subdued the shooter, he did praise the actions, noting that he “took the assailant off his feet.”

“When the other options aren’t there, you fight,” he said. “He’s an athletically built young man, and he took the fight to the assailant, and he unfortunately had to give his life to do so, but he saved lives.”

Howell was a 2016 graduate of T.C. Roberson High School in Asheville but lived in Waynesville his entire life prior to going to UNC-Charlotte.

“Our hearts go out to his family in this very difficult time,” the release read. “Buncombe County Schools student services department is providing counselors and a crisis team today at Roberson to provide support to teachers and students who may be struggling with this news.”

At T.C. Roberson, Howell was an avid athlete, competing as a runner and on the soccer team during his time in Buncombe County. He transferred to UNC-C just last fall.

You knew when he walked in the room, as that wide smile arrived first on his tall and sturdy frame. At 21 years old, Riley Howell was a big kid, who loved life, his family, and his soul mate Lauren. He was everyone’s protector, always standing up for what he believed in and lending a strong back to those in need.

On the high school soccer field, he was the goalkeeper, fearless, leading from the back, and the last line of defense. As a runner, he was always racing against himself while at the same time pushing his teammates to achieve their personal bests.

Riley made it easy to be his friend. His laid back demeanor belied his innate desire to make a meaningful impact on your life.

He made you feel special, he asked all the right questions, and always seemed available when you needed him most.

Riley considered a career in the military or firefighting before enrolling in college. He relished the big challenges, whether it be jumping from the highest cliff into the water below or power lifting competitions at the gym.

Once committed to something- he never gave up, never gave in, and gave everything he had- always.

In life you count yourself blessed to have a son or friend like Riley Howell. While his path was not always certain, it was not without purpose. He knew what he had to do when people needed him most. He was always the guy you could count on and he delivered.

His parents, Thomas and Natalie, sisters and brother, Iris, Juliet, and Teddy, and girlfriend, Lauren — thank everyone for being with them during this very difficult time. Riley has been their hero for a long time and now they share him with so many others.

Riley Howell, the 21-year-old hometown hero who was killed when tackling a shooter in his UNC-Charlotte class, received a hero’s welcome aroun…