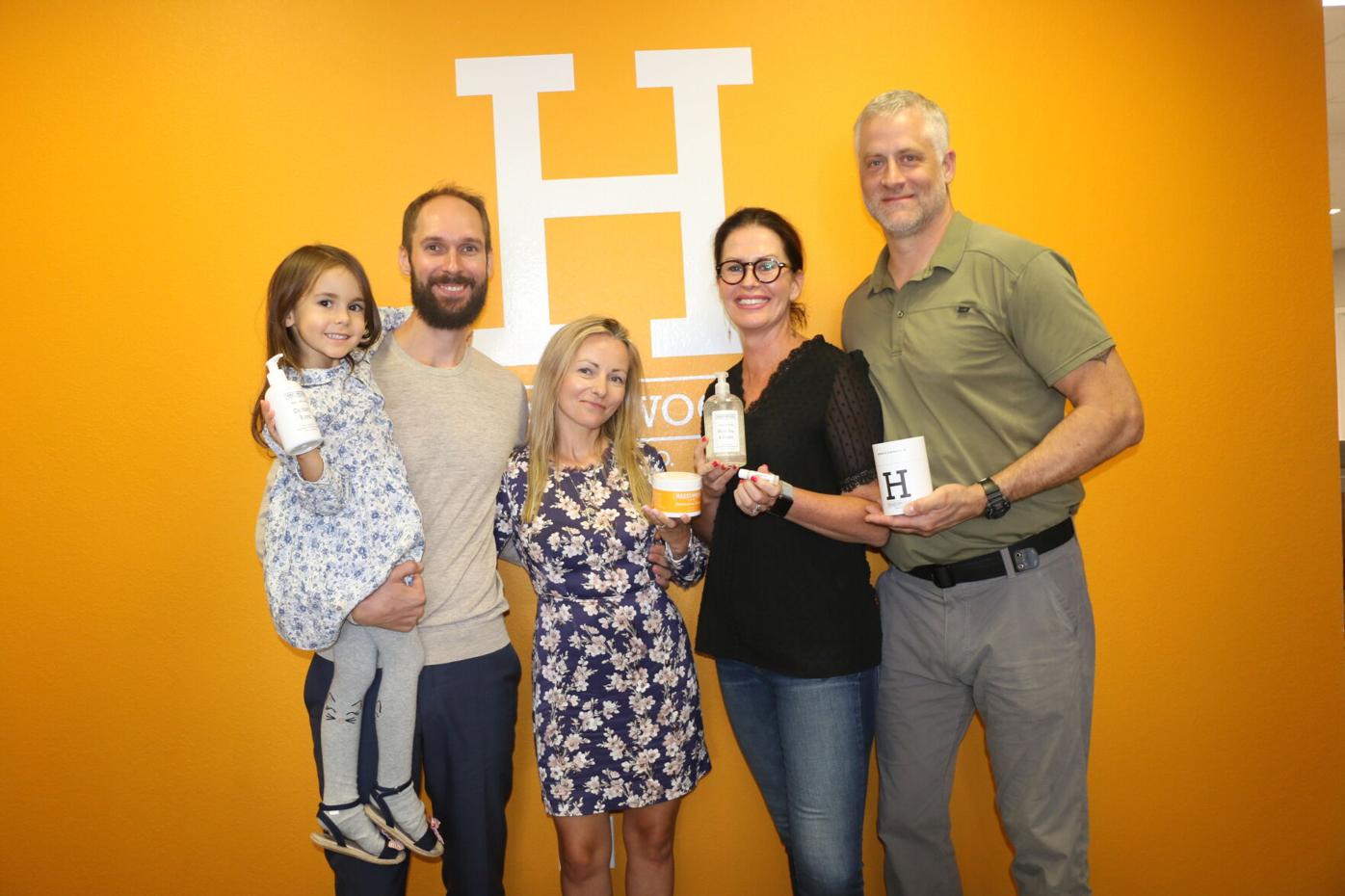 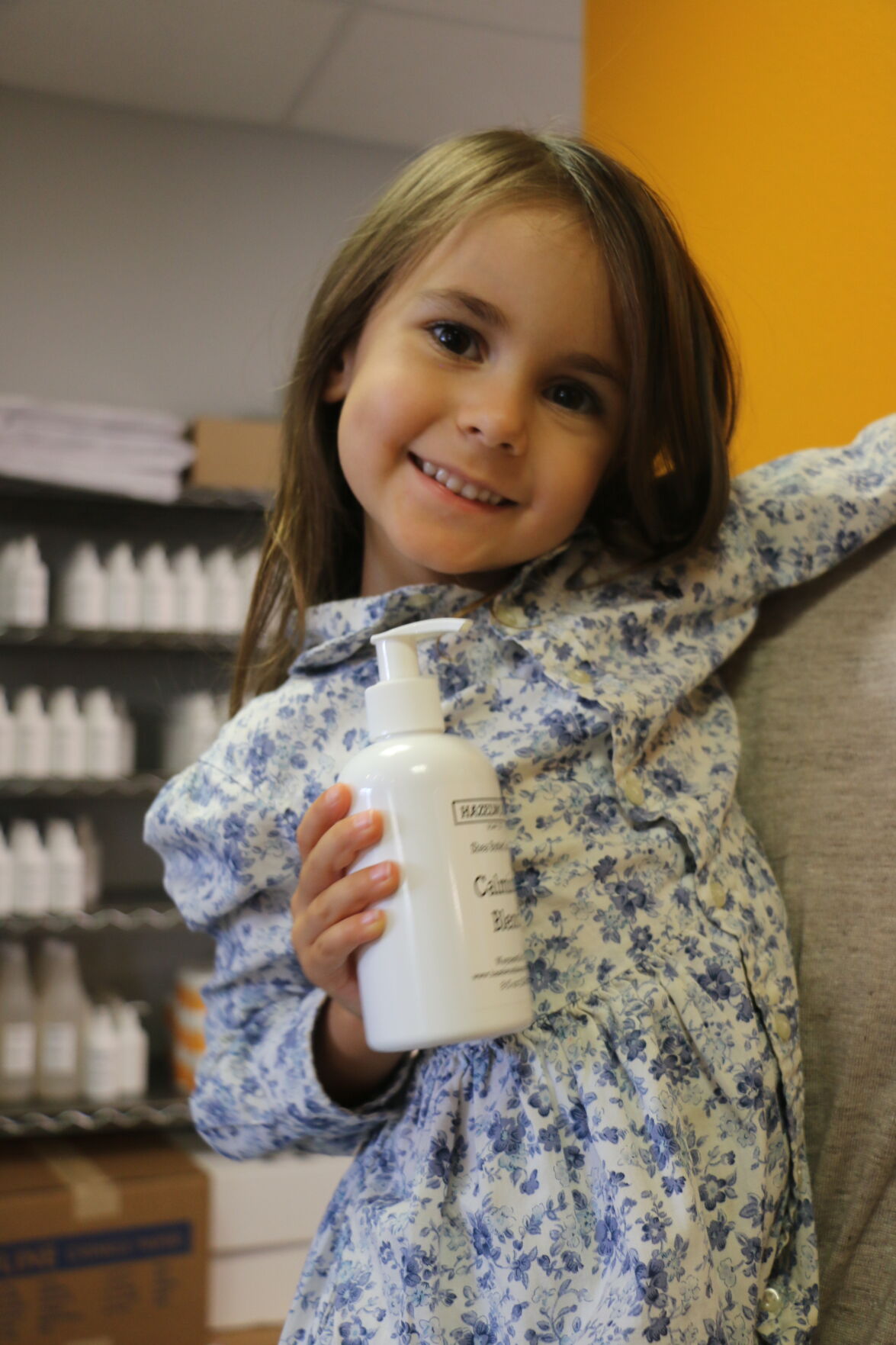 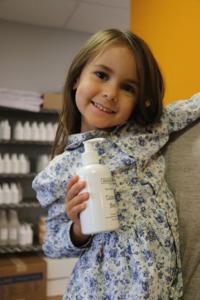 YOUNGEST — Sophia Movsesyan, 4, will be spending a lot of time at Hazelwood Soap Company now that her parents have purchased the business. 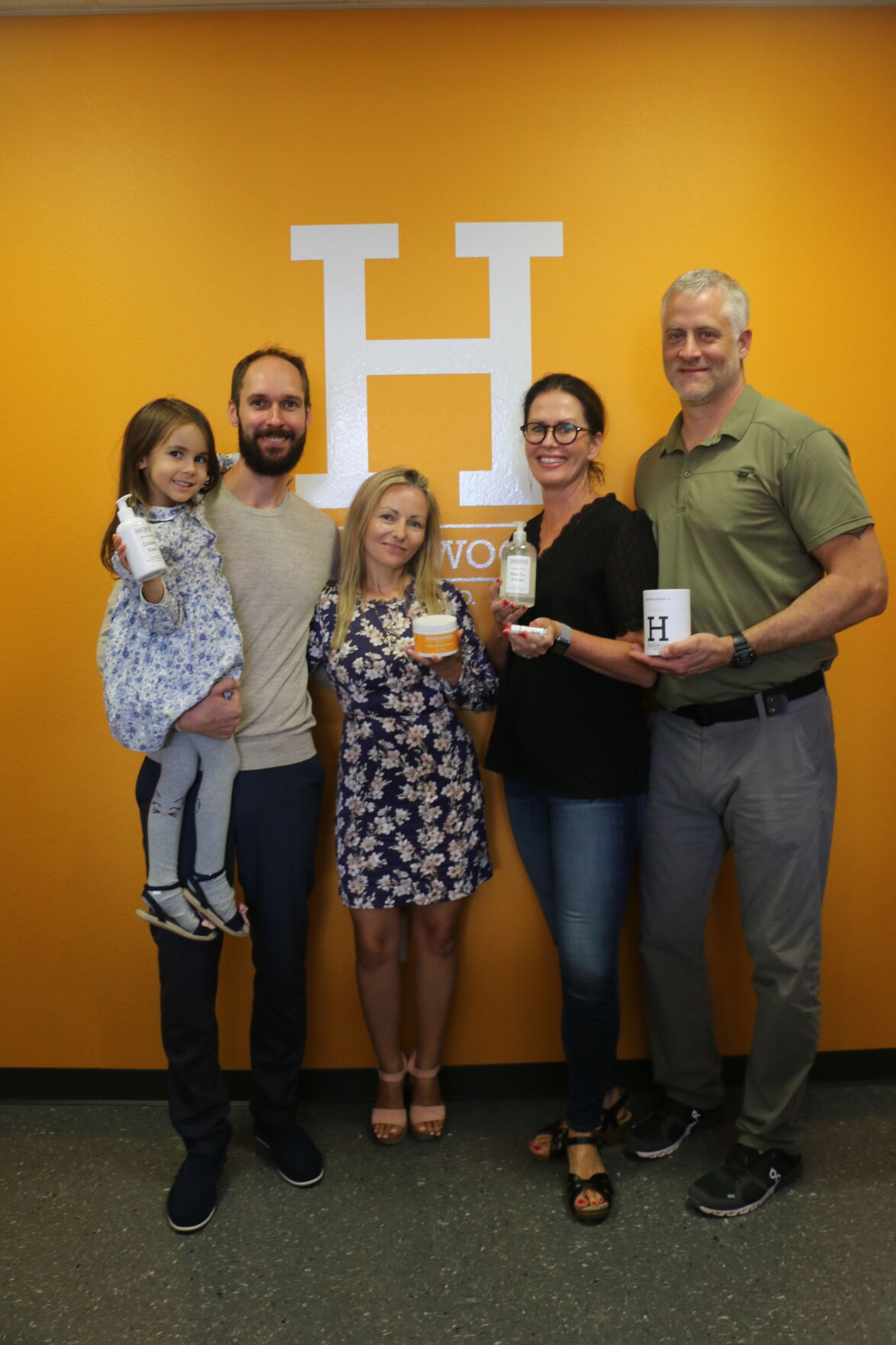 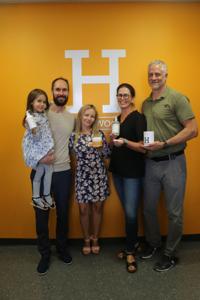 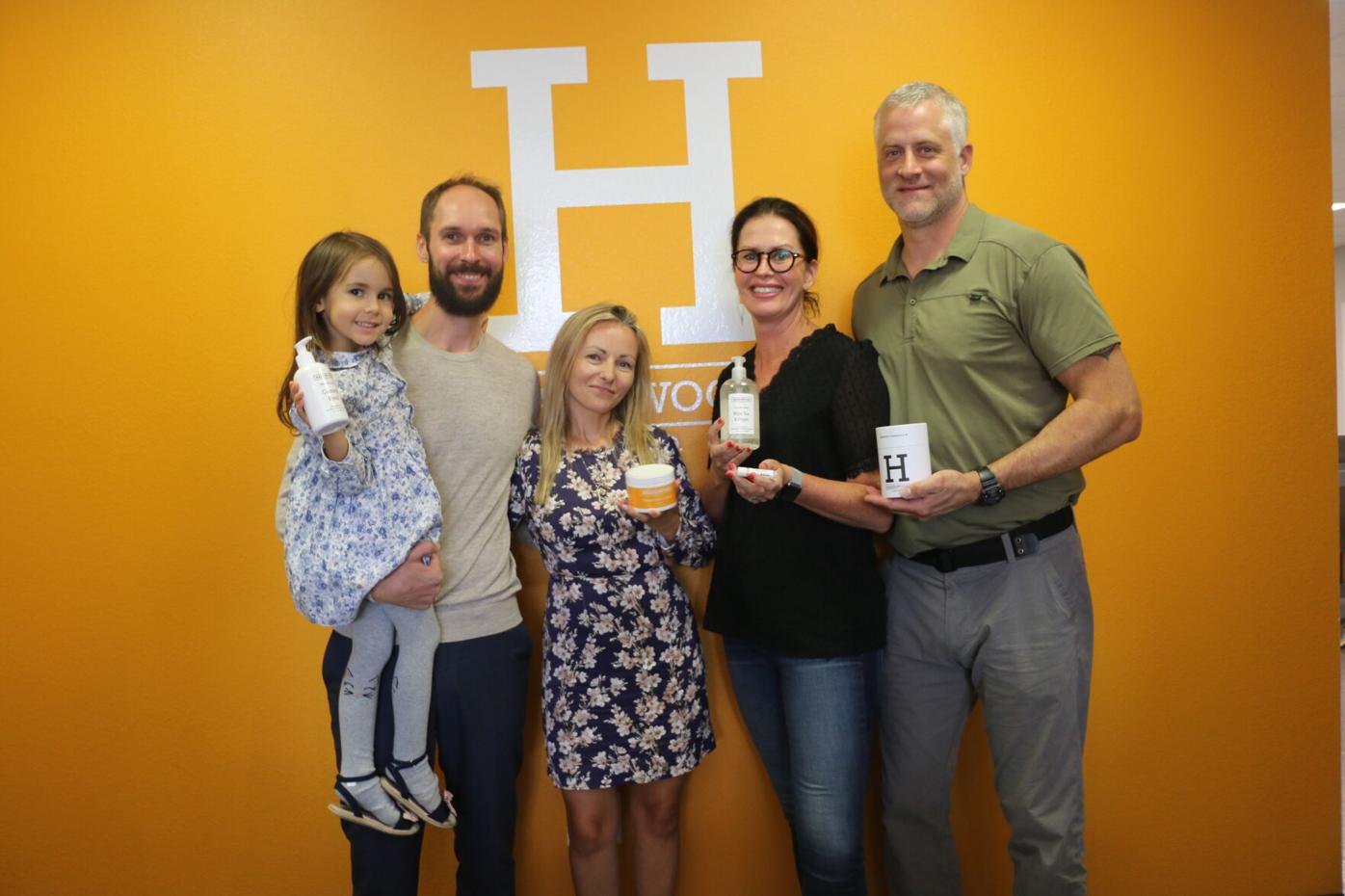 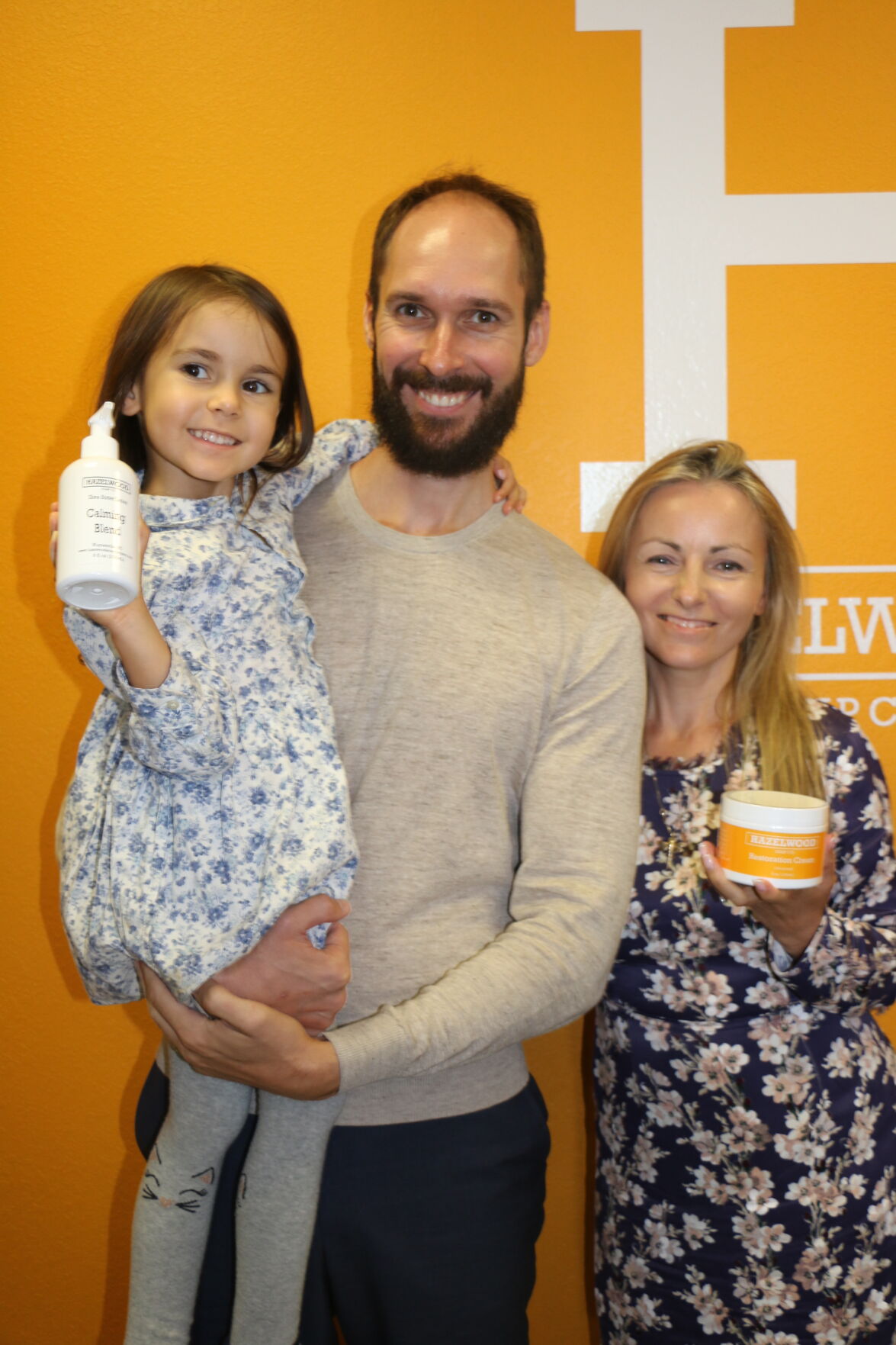 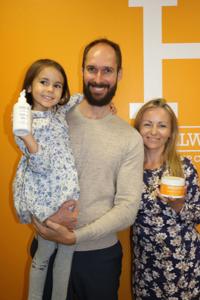 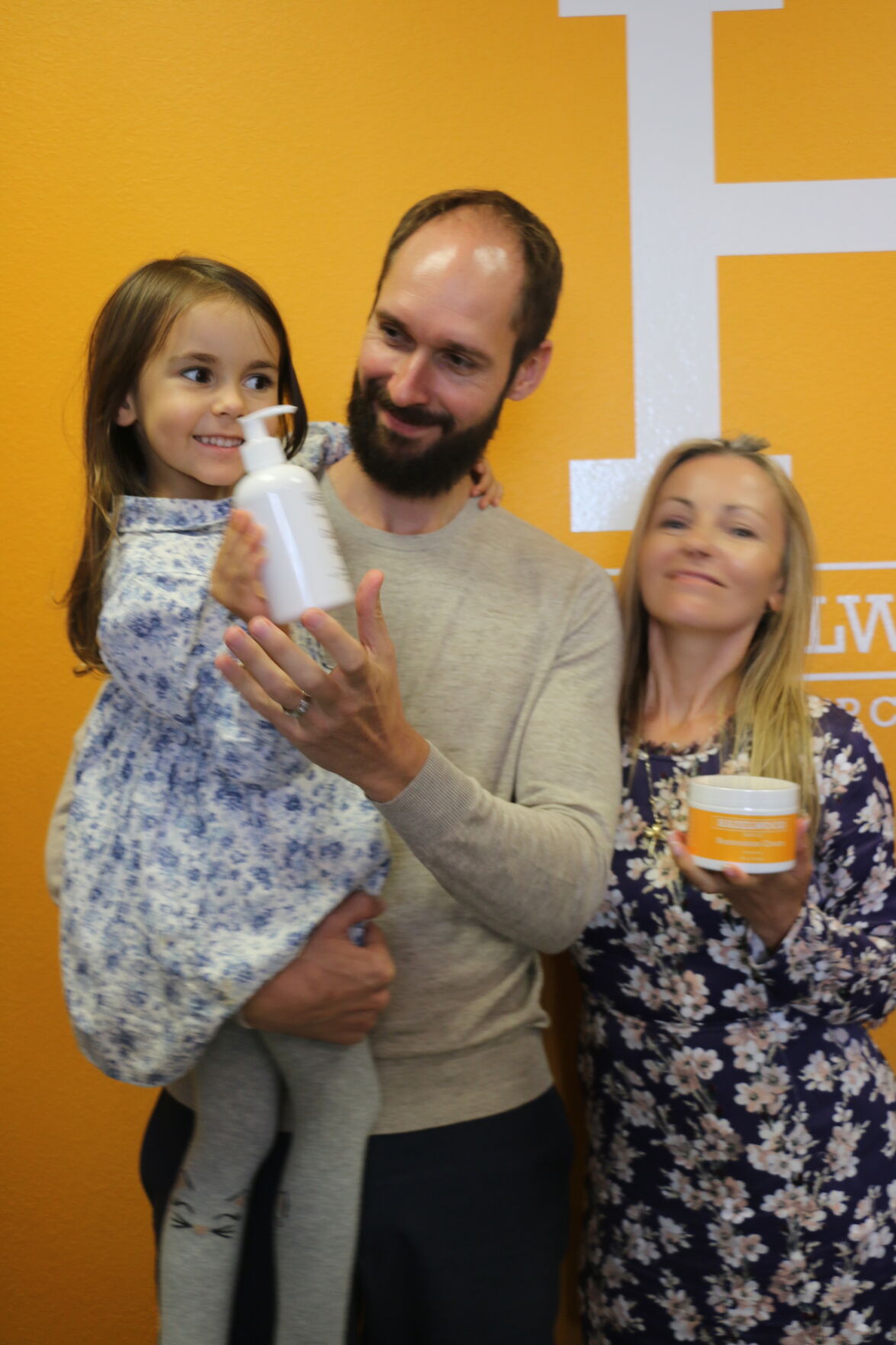 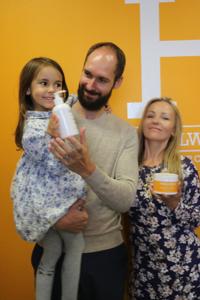 NEW OWNERS — From left are Sophia, Edward and Alyssa Movsesyan. 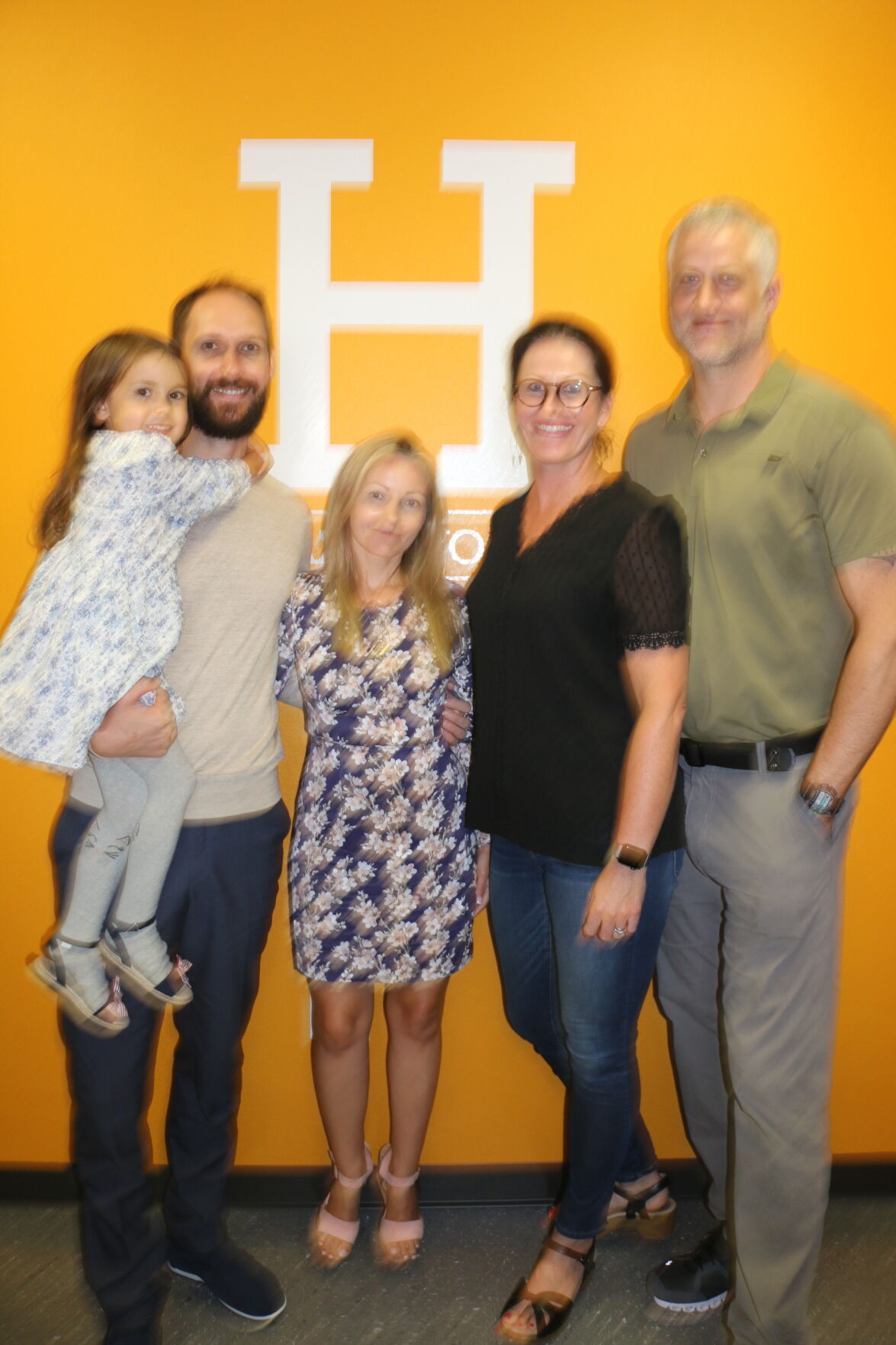 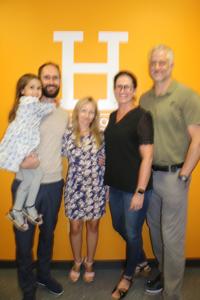 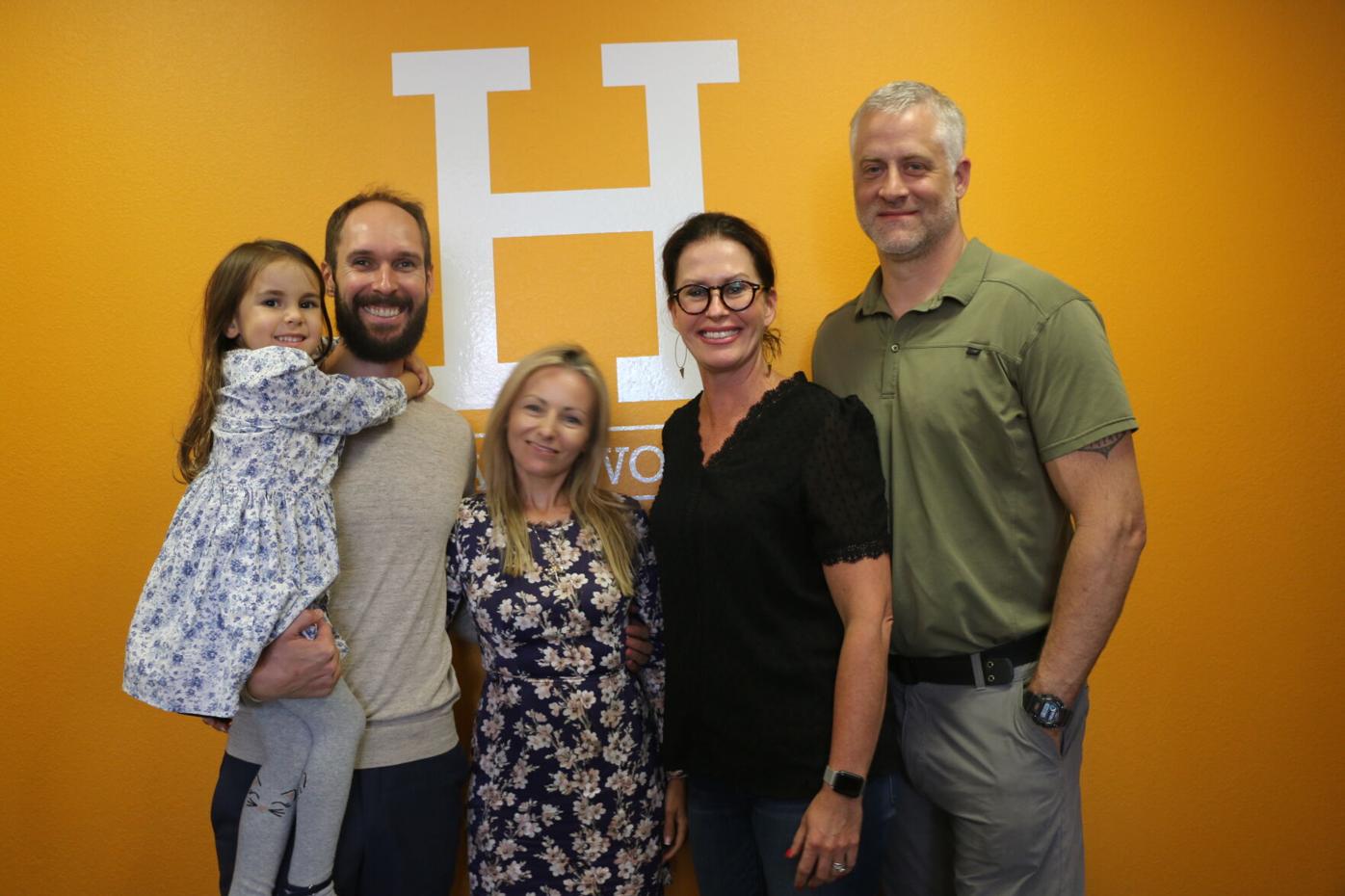 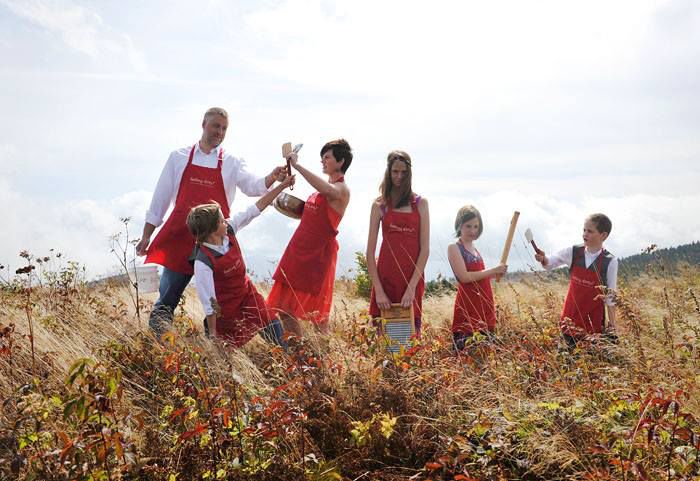 A FAMILY BUSINESS — This 2015 family photo shows the Laursen family, all of whom worked diligently in the family business.

YOUNGEST — Sophia Movsesyan, 4, will be spending a lot of time at Hazelwood Soap Company now that her parents have purchased the business.

NEW OWNERS — From left are Sophia, Edward and Alyssa Movsesyan.

A FAMILY BUSINESS — This 2015 family photo shows the Laursen family, all of whom worked diligently in the family business.

HAZELWOOD — After nurturing a passion — and business — for 20 years, John and Diana Laursen have sold Hazelwood Soap Co.

It wasn’t a planned sale, the couple said, but when Edward and Alyssa Movsesyan approached them about their passion to produce a line of baby products that would not only be safe, but beneficial, something clicked. But it was the couple’s 4-year-old daughter, Sophia, who perhaps sealed the deal.

The Laursens started a company where all natural soap, lotions and other skin products could be handmade in small batches to preserve their potency, consistency and integrity. The idea of becoming a family business was appealing because the couple had four children between the ages 0 and 7 who could benefit in multiple ways by staying with family and learning to work at a young age.

“When they approached us, we weren’t necessarily thinking about selling,” Diana Laursen said. “But as we chatted, we realized this was a business we started with our family and the kids are mostly grown now. Once we saw Sophia in the shop and learned about these guys and their vision, it just made sense.”

Edward Movsesyan has a background in technology and business, and his wife’s background in oil and gas where she, too, worked with many formulas.

In their quest for the purest skin care products for young children, the Movsesyans had already done extensive product research and were perfecting formulas. When they saw the product line offered by Hazelwood Soap, a company with principles that closely aligned with theirs, it made sense to see if they could simply buy an existing company.

“This is a wonderful place,” Edward Movsesyan said. “The mountains are breathtaking and this is a wonderful community. Once we were introduced to Hazelwood Soap products, we found they were the best ones we ever tried.”

But it was the passion behind the products that sealed the deal for the Movsesyans.

“Words can’t explain the love and dedication John and Diana put into the company from every single level,” Edward Movsesyan said. “Everything is hand-crafted, and every little detail is absolutely taken into consideration.”

The same will be true with the upcoming line of baby soaps, oils and lotions, with all being hand-crafted on site at the Hazelwood location, he said.

The Laursens said that through the years, others had approached them about selling the company, but the timing was never right. All four children have been an integral part of the business — and labor force — through the years. But now, Kyla, 22, has just graduated from college, Riley, 20, is a college junior, and Ella, 18, is a Tuscola High School senior who is also enrolled in the A-B Tech culinary program. Teagan, the baby of the family at age 15, is now 6-foot-6 and “just doesn’t fit in the shop anymore,” his mother said.

Hazelwood Soap now has shops in three places — Hazelwood where the first retail shop opened in in 2006, Canton and Cherokee at Harrah’s Casino. Soap products were initially sold at festivals and street events, and a wholesale business was launched in 2003.

It was an invitation to place products in swag bags for the Daytime Emmy awards event in 2010 that catapulted the company into the national spotlight.

Hollywood personalities and their support teams all got a chance to try out the company’s products, began purchasing them online and, to this day, some are still loyal customers, Diana Laursen said.

In the very early years, John Laursen, who is a chemist by trade, was working in a Mission Hospital laboratory, but once the volume grew, largely thanks to the boost from the Hollywood crowd, he started working in the business full-time.

He was always the person behind the formulas for Hazelwood Soap products, and developed numerous additional product lines as the company grew. As with all family businesses, though, he helped in every capacity and customers report he could make a gift package look like as spectacular as if it came from a high-dollar New York Avenue shop.

“Our goal for our products is to be simple but effective,” he said.

“We made everything from scratch,” he wife added. “We didn’t have YouTube videos back then and there were no shortcuts. You just had to know what you were doing.”

From the initial soap products, lotions, sugar scrubs, shampoo, conditioner, candles, lip balms and beard products were added. Eventually, lines of clothing and other gift products were offered at the stores.

Now that the company is under new ownership, the Movsesyans will be adding their baby products and perhaps make other changes in the future. For now, though, all the “trade secrets” used in Hazelwood Soap products will be passed along to the new owners, and the favorite items long available to customers will still be offered. The Movsesyans have a passion for community similar to the Laursens and will be looking for ways to become involved and give back — something Diana Laursen said also helped convince them it was time to pass the torch.

“The way our views align is amazing,” said Edward Movsesyan.

That was music to the Laursens’ ears.

“The community should know that if we trust them in the next phase of this business, it is a big deal and that they can trust them, too.” Diana Laursen said. “Haywood County is lucky to have them. They are special.”

The sale closed on Aug. 2, and the Laursens will be staying around for as long as they are needed to help with the transition.

After that, John Laursen plans to get his Six Sigma certification and work in quality control for a company, while Diana Laursen will pursue a passion she had before deciding having four young children called for a new career path. Now it will be time for her to pursue her original plan to get a master’s degree in healthcare management. The couple will continue to live at their home in Haywood.

The Movsesyans will commute from Arden for now as they look for a home in the county, and will likely enroll their sixth-grade son, David, in school locally, where he can walk to the shop to join Sophia and his parents at work.