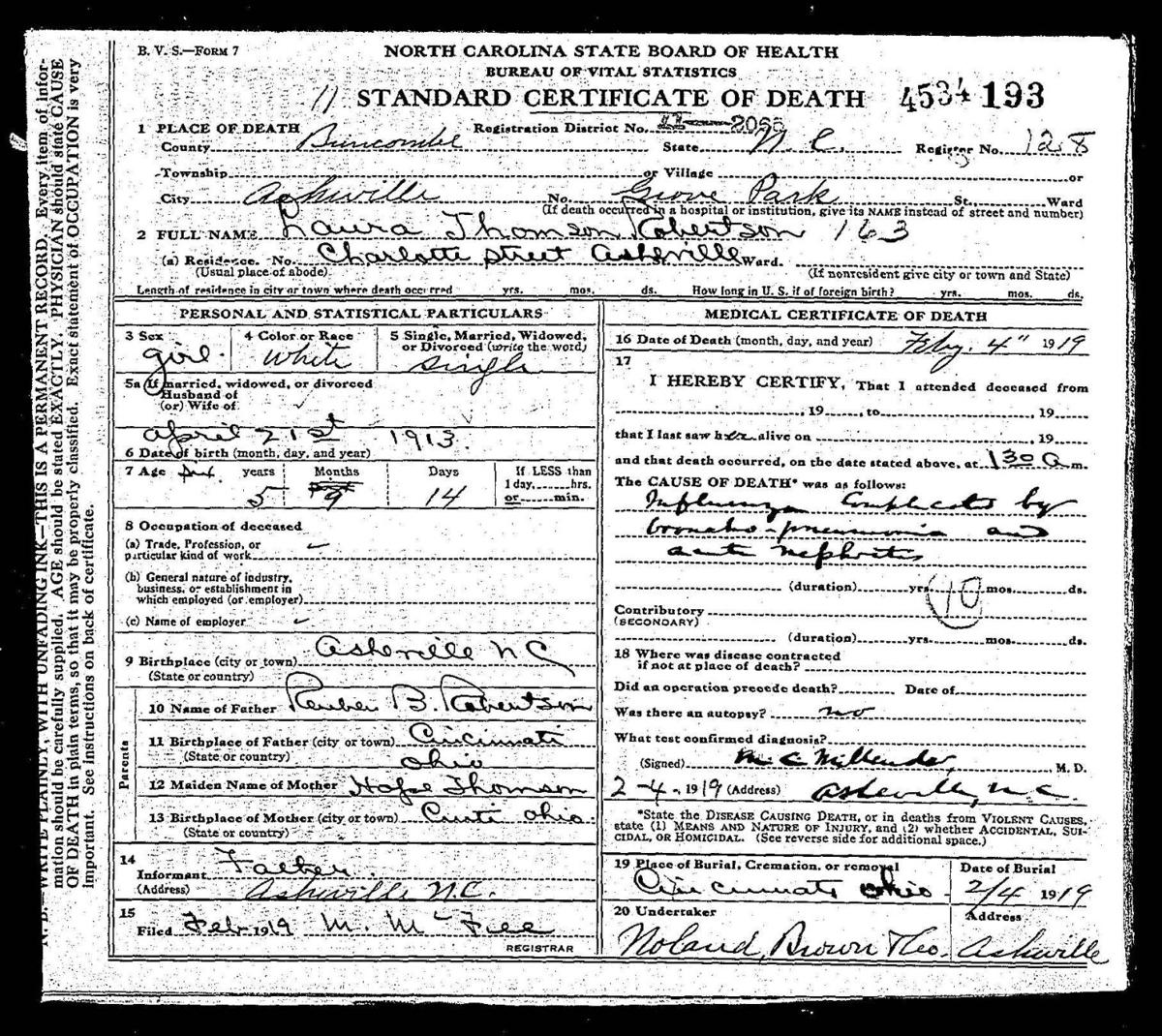 Champion President Reuben B. Robertson and his wife Hope, as well as their 5-year-old daughter Laura, became ill with the Spanish Influenza in 1919. While the Robertsons survived the deadly disease, Laura died in Rebruary 1919. 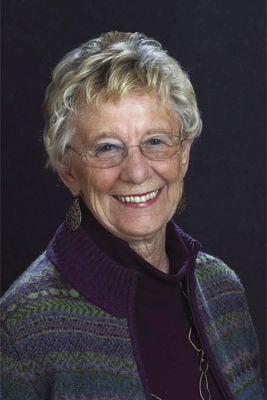 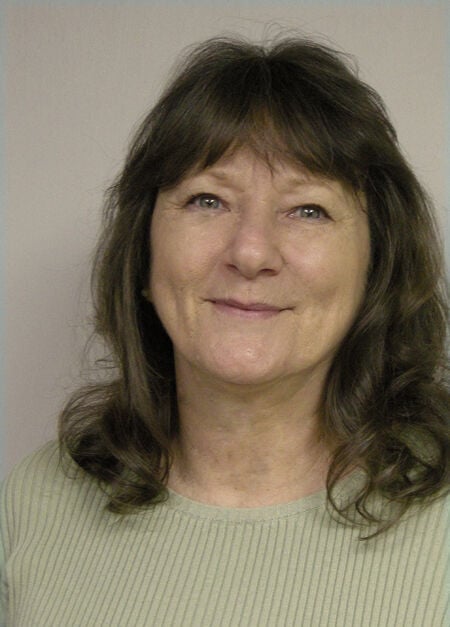 Champion President Reuben B. Robertson and his wife Hope, as well as their 5-year-old daughter Laura, became ill with the Spanish Influenza in 1919. While the Robertsons survived the deadly disease, Laura died in Rebruary 1919.

The Canton Area Historical Museum and Haywood County Public Library have partnered to produce a video recalling two of the most horrific disease epidemics to ever plague the area.

The 1917 typhoid outbreak and the 1919 Spanish Flu Pandemic are discussed by two local writers known for their articles on the history of Haywood County.

Peggy Manning, former editor of The Canton Enterprise and later a reporter for The Mountaineer, relates the impact the Spanish Flu had on the area.

Research for the video found one thing in common for the typhoid and influenza outbreaks. The Champion paper mill in Canton proved to be a beneficial factor shared in efforts to combat the two diseases.

Burnette tells how Canton was poorly equipped to deal with the onset of the typhoid epidemic. The area’s two hospitals in Waynesville and Asheville were at capacity and there was a need for additional beds to treat the infected patients.

“Fortunately, when Reuben B. Robertson learned about Canton citizens being infected with this contagious disease, he acted quickly, meeting with local physicians and town leaders to offer the entire resources of Champion to stem further spread,” Burnette said.

Champion had acquired the former Episcopal Mission School building on Hill Street in Canton and Robertson, president of the Champion mill, offered its use as a makeshift hospital. Mill employees were also assessed 50-cents a month to cover the cost of operating the hospital.

When the Spanish Flu pandemic struck the nation two years later, the mill workers again stepped up to help address the needs of victims. Champion employees prepared meals at the plant’s cafeteria and delivered them to the homes of employees and others coping with the flu.

Manning tells how the response to the pandemic was strikingly similar to current efforts for curtailing the spread of the coronavirus. Schools, businesses and churches were closed, and mass gatherings were discouraged. Since there was no vaccine and no cure, people were encouraged to quarantine.

Despite the crippling results on the economy, perhaps carrying on into the Great Depression of 1929, Canton continued to thrive with the growth of the paper mill.

The company grew to become one of the largest manufacturers of coated paper in the world and continues to be the primary employer in Canton.

The video can be viewed at:

Ponton also encourages anyone desiring additional information about the typhoid and Spanish Influenza outbreaks to contact the museum at 646-3412.