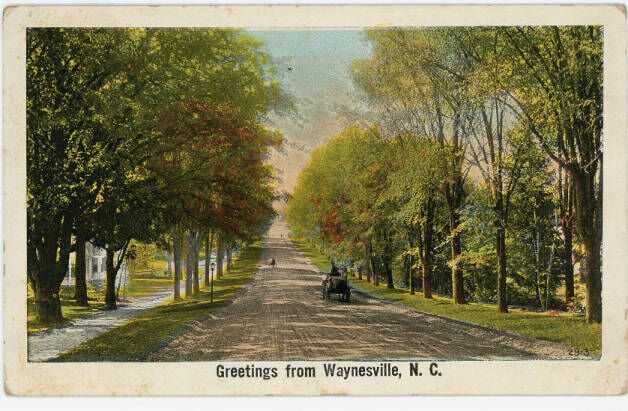 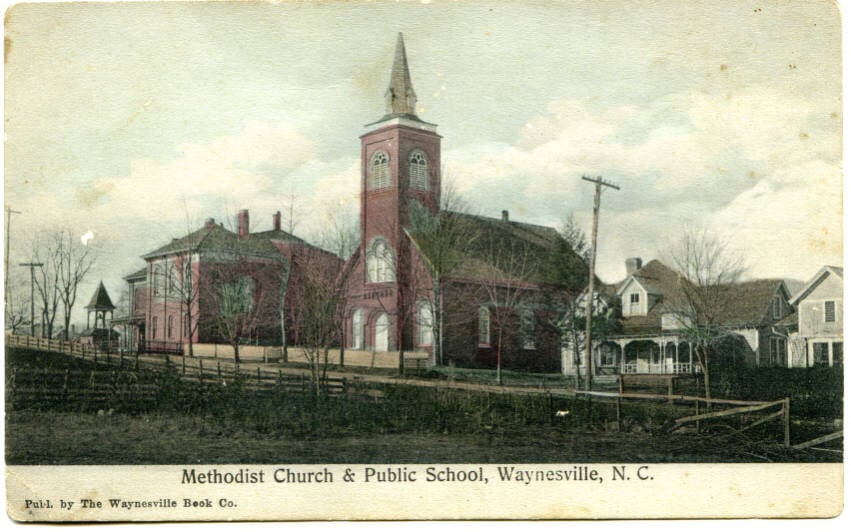 This early 20th-century photograph of Academy Street shows the still-young maples planted in a row in front of Waynesville First Methodist Church. 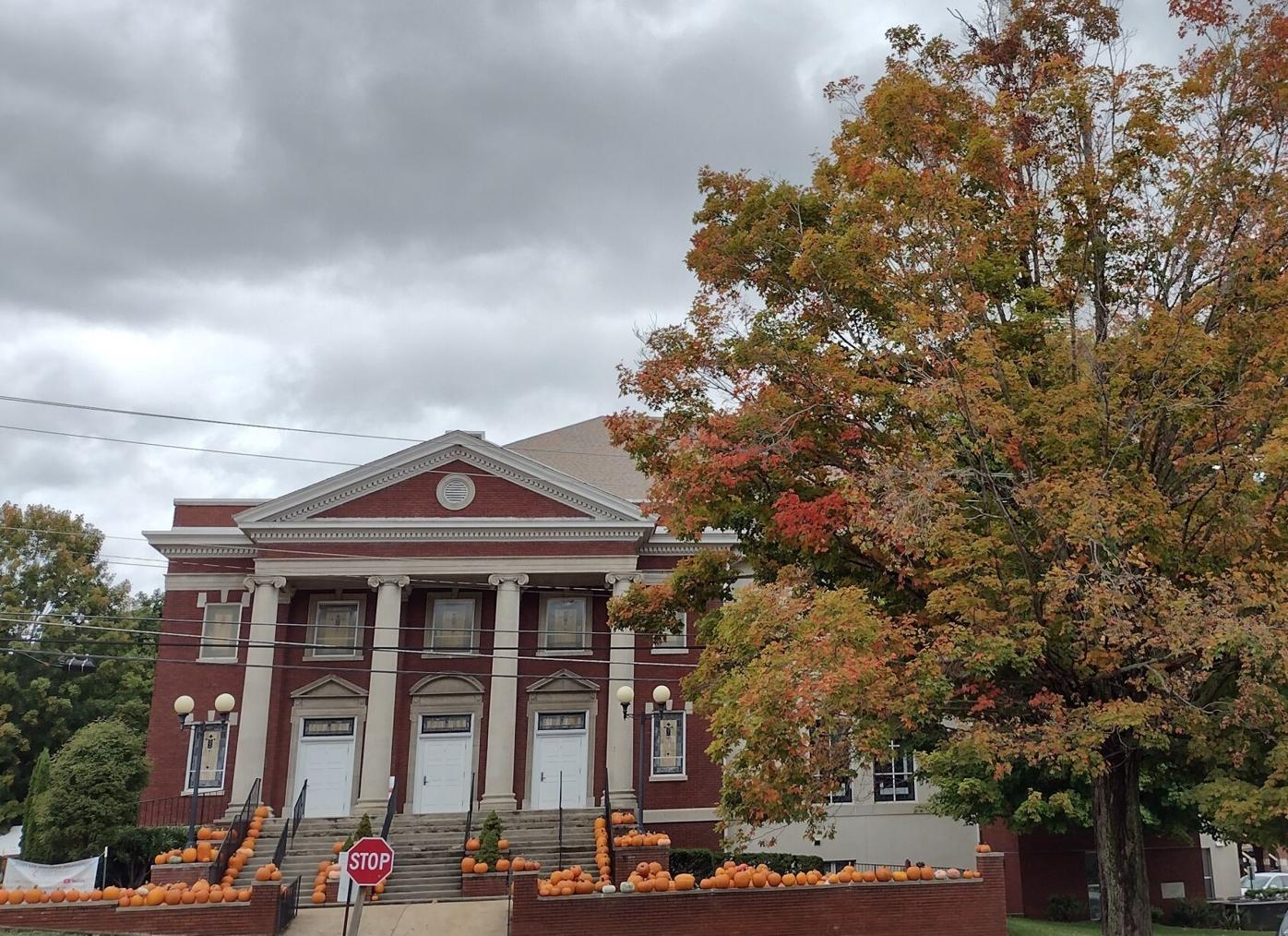 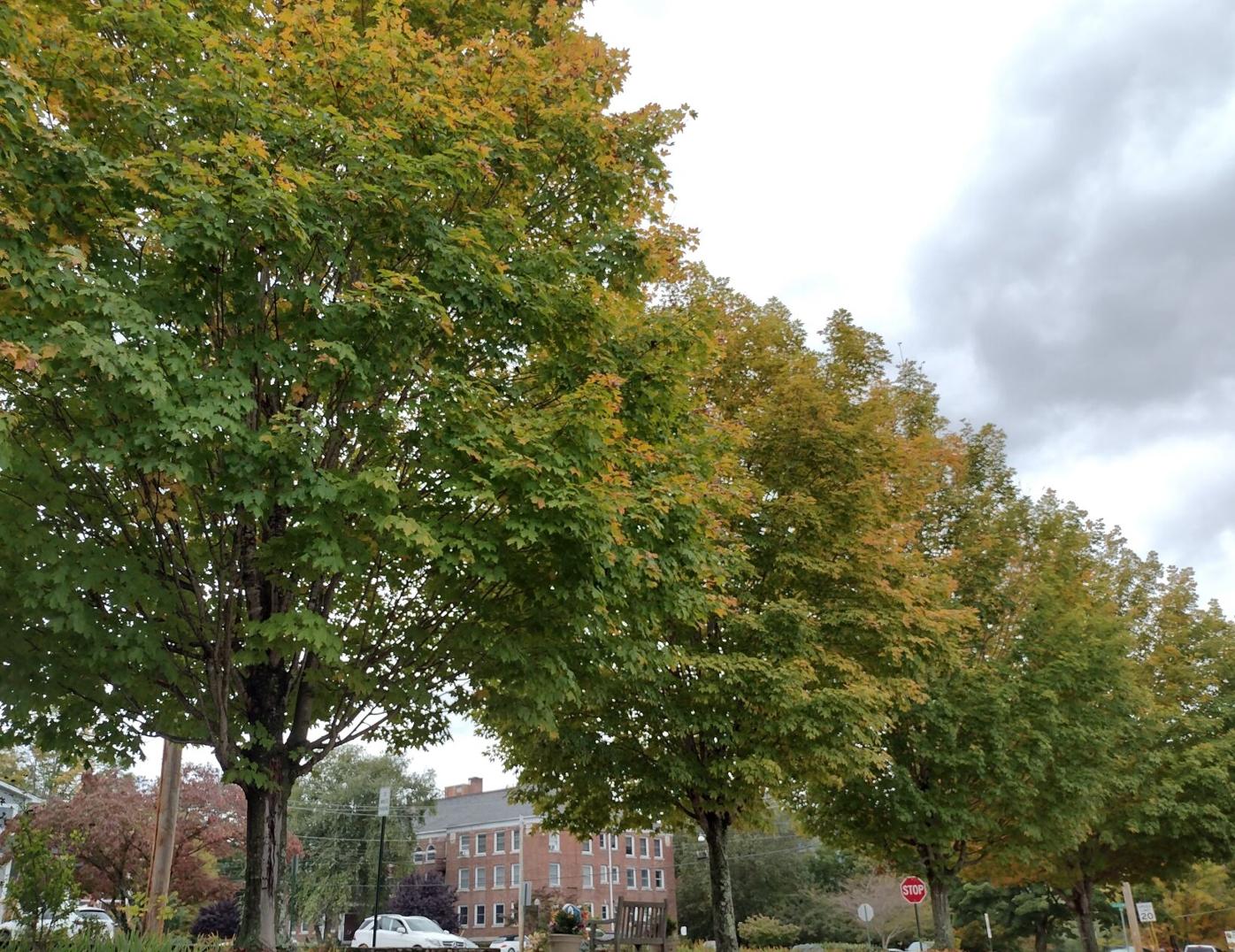 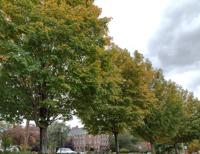 These maple trees lining the parking lot of the post office were grown from seedlings off the original trees set out in the 1880s. 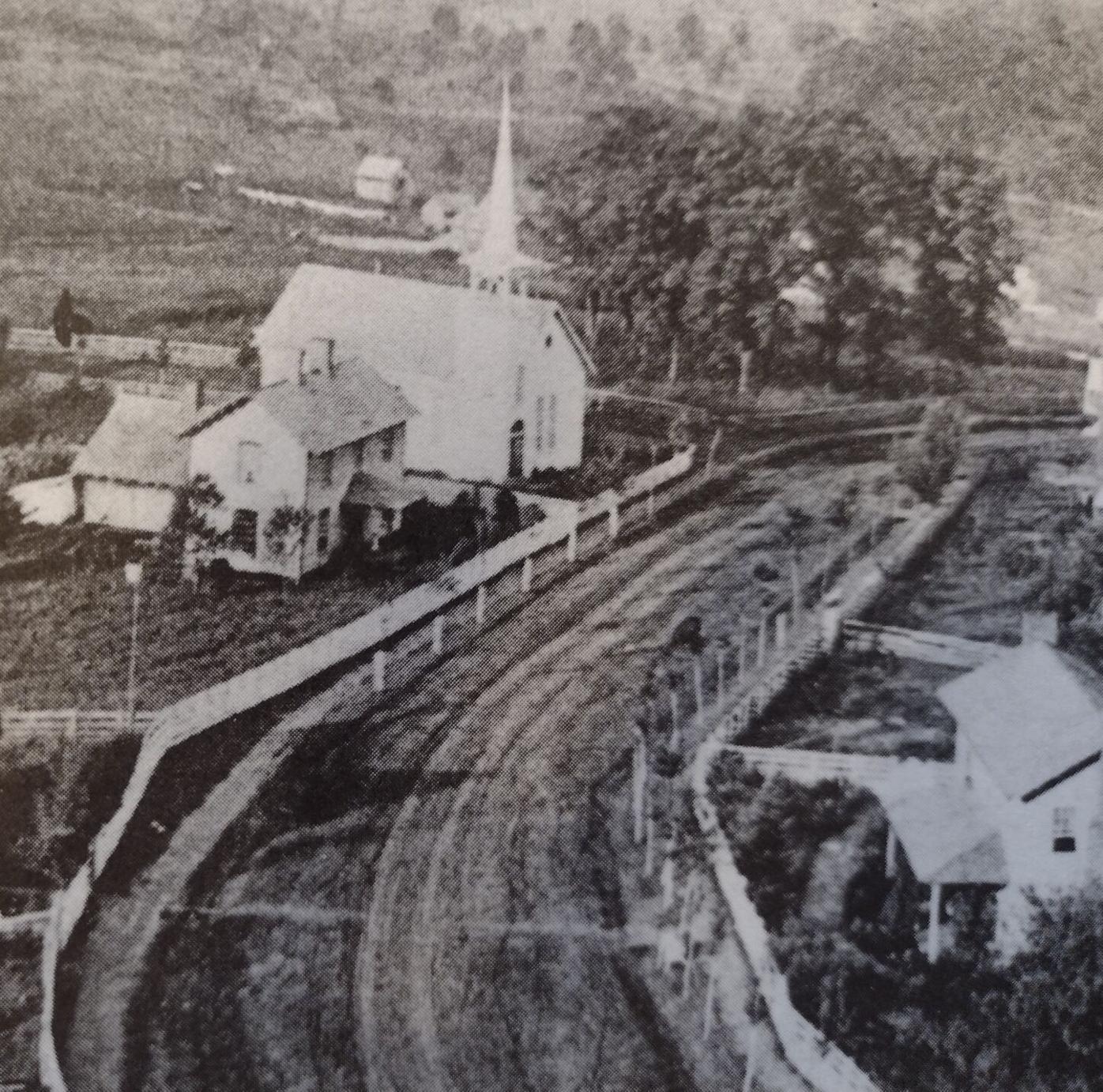 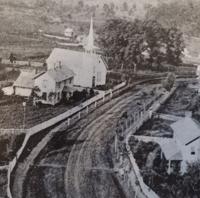 This photograph, believed to be taken in 1886, shows newly planted sugar maples along Waynesville’s Main Street and the original First Presbyterian Church. Though the trees are hard to see, the light-colored stakes supporting them are easy to spot. 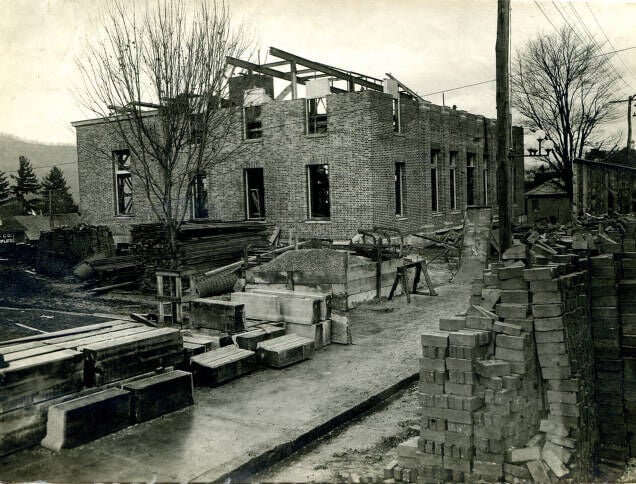 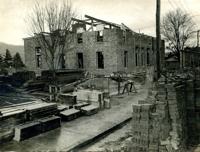 This early 20th-century photograph of Academy Street shows the still-young maples planted in a row in front of Waynesville First Methodist Church.

These maple trees lining the parking lot of the post office were grown from seedlings off the original trees set out in the 1880s.

This photograph, believed to be taken in 1886, shows newly planted sugar maples along Waynesville’s Main Street and the original First Presbyterian Church. Though the trees are hard to see, the light-colored stakes supporting them are easy to spot.

Waynesville is on the verge of a spectacular color show, a century-old legacy from an unknown donor or donors who, late in the 19th century, planted maple trees along its streets. In the next week, those trees will turn vivid hues of red and gold, enhancing the region’s reputation for spectacular fall color.

The names of those inspired to make this effort have been lost to time, but their contribution continues to enhance this mountain town. Most of the original trees are gone — though a few remain, particularly on North Main, Walnut and Brown Avenue near Waynesville Middle School. But thanks to people who love both trees and history, seedlings from those original plantings still thrive.

The sugar maples first show up in a photograph dating back to about 1886, before Main Street was paved. They can be seen in photographs of downtown in ensuing years, until most in that section died or were removed. Photographs of the old courthouse taken after World War I show the maples still lining its front lawn. However, the old trees there were cut down during construction of a new courthouse in the 1930s. Maples were replanted on the new courthouse lawn — which in turn were cut down and replaced during the most recent remodeling.

Plantings were also made along Academy, Walnut and connecting streets, and some of those trees survive, identified by their rough and deeply furrowed trunks as well as their placement near the roadways.

The late Mib Medford, who often campaigned for the preservation and enhancement of the town’s trees and greenways, could not find out who planted the trees, though she did speculate that a woman’s garden or beautification club may have been responsible.

For more than a century, the original maple trees maintained an unbroken line alongside the Waynesville Post Office. By 1999, however, the trees were becoming diseased and dangerous. Both the U.S. Forest Service and the U.S. Postal Service knew they had to be removed — a decision they knew would not be popular. Even Medford, known as a champion of trees, conceded they had to go.

There was some comfort, however. A decade before, the Agricultural Research Station near Fletcher had done work using seeds from the post office maples. When the project ended, the research station gave the seedlings to the town of Waynesville, which had planted them at the Vance Street Recreation Park. Part of the plan was to nurture those seedlings in case the originals were lost.

And so, when the original trees were removed, their seedlings took new root in the same place.

So as we begin autumn’s brief but brilliant season, the sugar maples in Waynesville will continue to delight and dazzle visitors and residents alike. On the other side of eternity, Mib Medford – and the unnamed visionary or visionaries of the 1880s – should be proud.