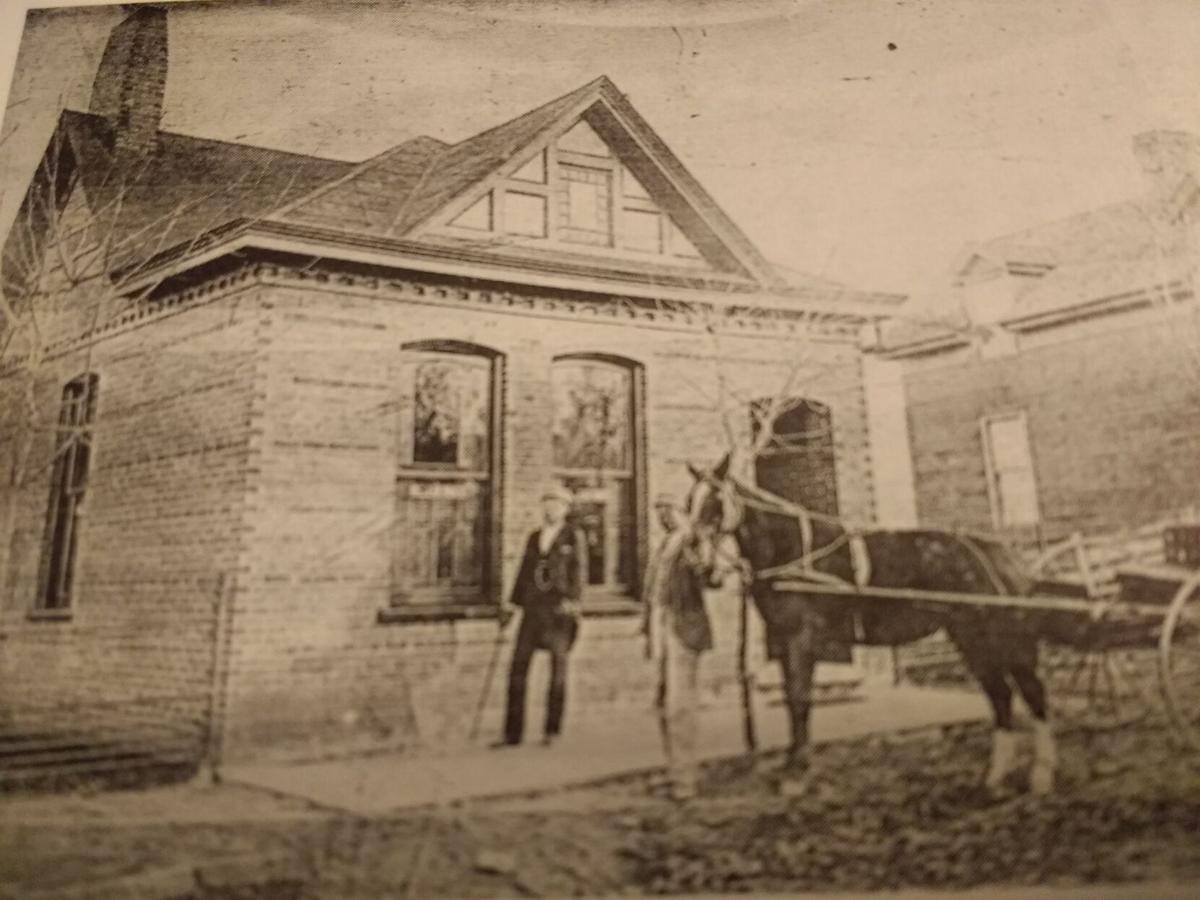 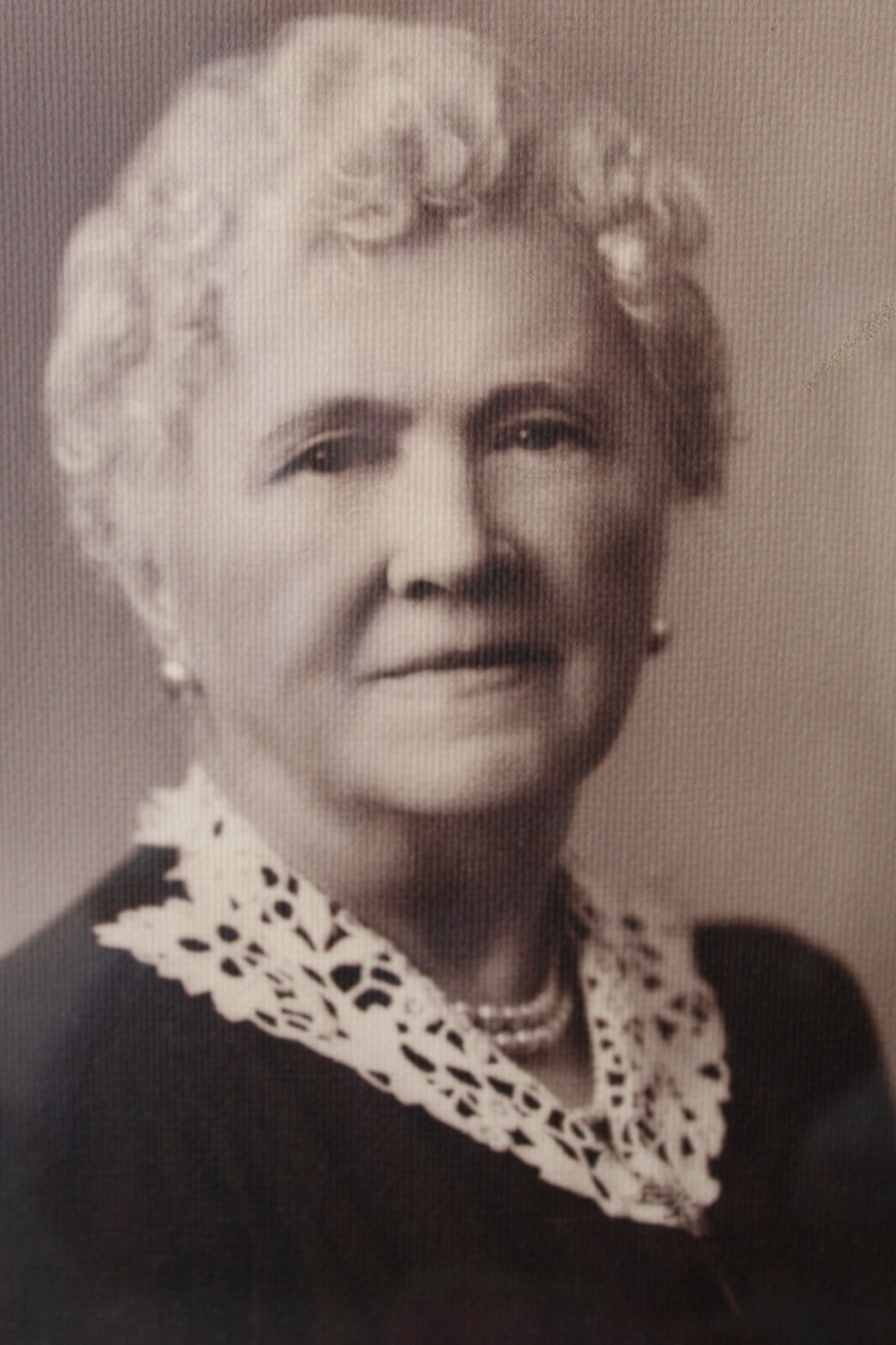 HAPPY BRIDE — Marietta Welch wed Dr. Joseph Howell Way on July 3, 1888. For all the doctor’s concerns about her health, Marietta outlived her husband by 22 years, dying in 1949 at age 86. 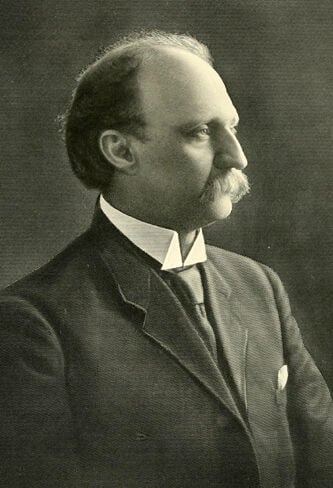 HAPPY BRIDE — Marietta Welch wed Dr. Joseph Howell Way on July 3, 1888. For all the doctor’s concerns about her health, Marietta outlived her husband by 22 years, dying in 1949 at age 86.

(Editor’s note: This is part 2 of the story that started in last week’s weekend edition.)

Dr. J. Howell Way had arrived in Waynesville in 1886, a young, brilliant — and unwed — physician.

By 1888, two Waynesville women claimed his attentions. One, Marietta Welch, clearly captured his passions, but the pretty and very feminine Inez Gudger appealed to his logic.

The doctor was smitten with Marietta, but to him, she had three drawbacks: she was three years his senior; her health was poor; and she was a devout Baptist. Moreover, she was out of town. Inez, however, was younger than Way; she seemed healthy; and, like the doctor, she was a devout Methodist. It was a complicated situation for a doctor who would become one of Waynesville’s community leaders.

By February 1888, both women were changing their behavior toward Way. Marietta, still away from Waynesville, became more intimate in her letters. Inez, however, became a little distant, declining some, though not all, invitations from the physician. Inez’s aloofness seemed enticing. Near the end of the month, Way wrote, “I’m a little inclined to think Inez is in the ascendency at present. She may be Mrs. Dr. Way yet!”

On Monday, April 2, he received Marietta’s photo in the mail, which he kept on the table “all the time, save when someone comes in, when I put it away.”

“I’m in love with Marietta, yet I know love is a matter of cultivation and association and I like Inez — she grows on me, I could learn easily to love her!” he wrote that month. “ … I think and think about it again and again, and never get any nearer the solution”

By mid-April, Marietta’s return was drawing near.

“Now that it seems I am nearer Marietta than ever, my dread or fear of wedding her grows stronger and stronger! Why is this?” Way wrote. “And the objections to union seem bigger than ever. She is older ... She, a Baptist, and of a family ‘most rigid in their faith.’ She, a delicate, neurotic woman! ... How tired I am! Tired! Yes, frightfully tired, but with a resolve made and that is this: that I will not court Marietta — she is not the wife for me and I WILL control myself in this thing! I WILL STOP!”

On Friday, April 27, Dr. Way proposed marriage to Inez. She accepted, telling him she loved him with her whole heart. “What a dear, sweet little woman she is!” he wrote.

Marietta Welch returned to Waynesville on May 5.

A medical convention delayed Dr. Way’s need to resolve his feelings. Upon his return, he headed first to Marietta’s home, intercepting her on the way to church.

“I feel now the full force of the old passion returning with a relentless force — but O My GOD I am engaged to another!” he wrote. That night, after leaving Marietta, the doctor went to the home of Inez and gave her an engagement ring. He wrote, “How my heart aches at the childlike trust and confidence she has in me.”

Three days later, on Wednesday, Dr. Way made a full confession to Marietta. “I thought it would almost kill her — never have I seen a woman endure such mental pain! … She said she could die for me, but that she could not give me up to be the husband of another.”

By this time, Dr. Way knew he had to follow his heart. On Friday, May 18, the doctor wrote: “At 4 p.m. I go for a ride with Miss Gudger, and I make to her a clean breast of the whole matter. Oh my God, how the poor girl suffers! ‘You have ruined my life’ are her words to me. We drive to Clyde and return — she releases me from my engagement and returns my ring!

“I am miserable! Oh so miserable! Why, oh why was I permitted to be loved with such passionateness, such earnestness, by two good women?”

He soon recovered from his misery. The next week, Marietta agreed to marry Dr. Way.

Dr. Way had one final encounter with Inez. In mid-June, Inez asked to meet with the doctor. He wrote about their conversation in her parlor:

“She sat down, and pulling her chair near to mine, she leaned forward until her face almost touched mine! She tremulously told me she had forgiven me and called me ‘Howell’ and begged me not in the future to reproach myself as the cause if she was always a quiet, lonely woman.”

Joseph Howell Way and Marietta Welch wed July 3, 1888. The barriers Dr. Way had so fretted over had dissolved, or would in the future. Marietta had promised to join the Methodist Church within 18 months of their marriage. For all the doctor’s concerns about her health, Marietta outlived her husband by 22 years, dying in 1949 at age 86. Inez Gudger died at the age of 30, having never married.

Marietta justified her husband’s choice. An intelligent and articulate woman (the kind he claimed in his youth he could not endure), she gave birth to two children, Hilda Way Gwyn and Joseph Howell Way, Jr.

Marietta supported the doctor’s spectacular career, and they raised their family in what is now the Southern Vintage shop on Main Street, an elegant and large three-story brick home long known as the Way House.

Dr. Way died on Sept. 22, 1927, just three months short of seeing one of his last projects completed — the opening of a modern hospital in Waynesville.

Their children and grandchildren would become leaders and business owners in Waynesville. Their son served as mayor for 28 years. Their daughter became an associate editor and columnist for The Mountaineer and one of the first trustees for the Haywood County Public Library.

All because a young doctor decided to follow his heart.

In addition to Dr. Way’s journal, information for this story was taken from “Heritage of Healing; A Medical History of Haywood County” by Nina L. Anderson and William L. Anderson, published by the Waynesville Historical society in 1994.