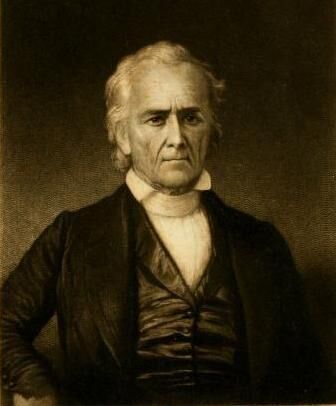 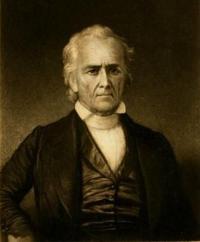 Humphrey Posey, from a portrait. 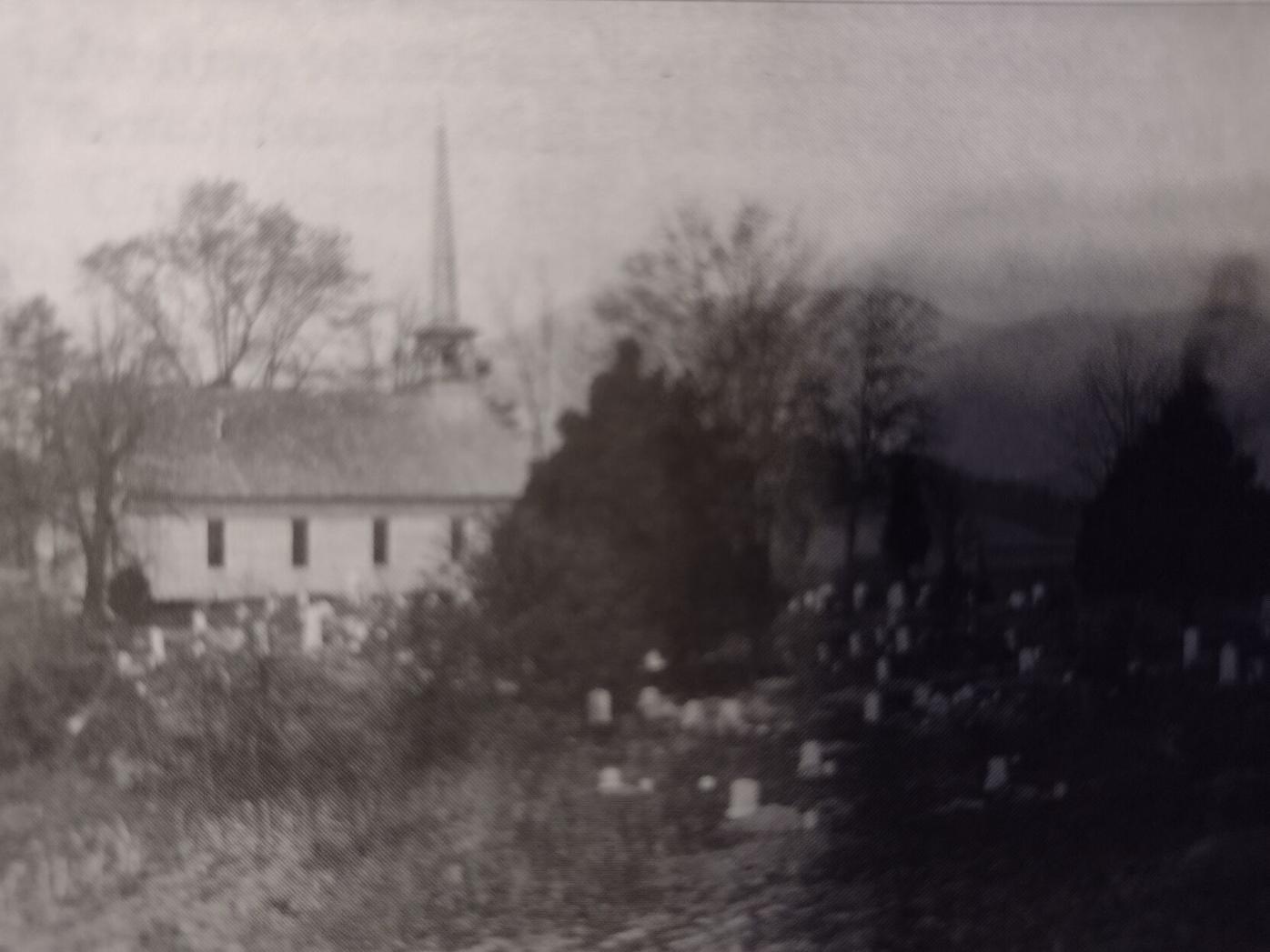 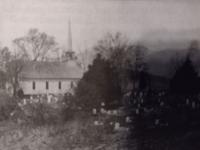 The Locust Old FIelds Church, organized by Humphrey Posey, was the first church in North Carolina west of the French Broad River.

Humphrey Posey, from a portrait.

The Locust Old FIelds Church, organized by Humphrey Posey, was the first church in North Carolina west of the French Broad River.

To varying degrees, most Baptist Churches in Haywood County — and there are many — can trace their roots back to preacher/missionary Humphrey Posey, who helped organize the first church in North Carolina west of the French Broad River, today known as Canton First Baptist.

Posey’s reach extended from Rutherford and Buncombe to Watauga, Jackson, Swain and Macon counties as well as Haywood before he served as a missionary to the Cherokee, eventually moving to Georgia. It is a mark of regard that in his lifetime, at least 16 sons were given the first-and-middle name combination of Humphrey Posey in the Southern Appalachian region, including at least four in Haywood County.

Posey seemed to always be organizing churches. He helped organized what is now Canton First Baptist, then known as Locust Old Field Church, in 1803. In 1814, Posey assisted in the formation of Crabtree Baptist Church, the second-oldest in the county, and helped found First Baptist of Waynesville in 1823, though it is not known whether he was its first pastor.

The Methodists had Francis Asbury — the missionary who traveled a quarter-million miles by horseback throughout the South, including at least two journeys through Haywood. And the Baptists had Humphrey Posey. It seemed if anyone could have been in two places at once, Posey would have been that man. He also helped establish churches in Buncombe, Jackson, Swain and Macon counties. Among the churches he is recognized as helping found or serving as founding pastor are Hominy Baptist Church in Candler, Cowee Baptist Church in Macon County, and Mount Zion Baptist Church (later Lufty Baptist) in Swain.

The churches Posey helped found would in turn sponsor other Baptist Churches. Crabtree Baptist, for example, formed out of Locust Old Field, and in turn contributed to formation of Fines Creek. And in Waynesville, that Baptist church assisted in creation of Antioch and Allens Creek Baptist churches, among others.

Haywood County’s Reuben Philips wrote a biography of his spiritual and religious life, which describes Posey as a friend and mentor: “I enjoyed myself remarkably under his ministry,” Philips wrote of Posey. “He was a Missionary Baptist and preached free Salvation for all. He was a great revivalist, and many were added to the church (Locust Old Field) that year.”

Posey was born in Virginia in 1780, but his parents moved to Burke County, N.C., when he was about 5. By the time he was 7, according to a biography written by Robert Fleming, young Posey had read the New Testament several times, being educated at home by his mother. However, Posey did not make a personal profession of faith until he was about 20, soon after he married, according to his biography.

His conversion was so profound, however, that he quickly felt a call to preach and was ordained as a Baptist preacher around 1802. The next year, he began pastoring Cane Creek Church in Buncombe County and from there began helping organize other congregations. In those days, many pastors served multiple churches on a rotating basis, many of them traveling hundreds of miles by horseback each month.

Constantly on the move

Posey seemed to see his calling as that of a church organizer, constantly moving west, from Buncombe to Haywood, then on to Macon. Eventually he would ask the Baptist Mission Board for permission to preach to, and to organize a school for, the Cherokee in Valley Town. He met opposition, not from his Baptist sponsors, but from some white settlers, who opposed the education of Native Americans.

The Baptist’s minister’s relationship with the Cherokee was a complicated one. From his biography and the work of history student James Anthony Owen while at Western Carolina University, a picture emerges of a man consumed with love for the Native Americans yet, like many white missionaries, failing to understand their deep connections with their language, heritage and land. In fact, at one time Posey acted as a land agent for the federal government, arranging sales of individual Cherokee tracts in preparation for what would eventually become a forced move west for all but the Oconoluftee community of Cherokee.

Not that Posey was any stranger to controversy, even before creation of his Valley Town School, where the challenges of Native American rights and culture, abolition and slavery and the gospel converged. In the years before Valley Town, Posey, described as being warm and genial in person, clashed at least twice with Methodists.

The first time was in 1819, when Posey criticized a Wesley translation of the New Testament used by Methodists.

“Posey said the scriptures were altered and for the worse,” Philips recalled. “(Methodist preacher Allen) Turner asserted to the contrary … This matter made a great stir among the Baptists and created much hard feelings between the two denominations. … I felt greatly grieved that a difficulty should take place with my old particular friend and the people among whom I was teaching.”

In the early 1830s, a young Methodist preacher, William Brownlow, was becoming known for his vicious criticism of Baptists. When Brownlow wrote Posey and described him as being “destitute of feeling, so blind to the beauties of religion, so hacknied in crime and so lost to all sense of honor and shame,” the Baptist preacher sued and won in Macon County Superior Court. Brownlow had to sell his horse to pay the $5 fine and court costs.

Controversy also nipped at Posey during his time at the Valley Town School, when critics charged costs were extravagant for the school. Posey’s cause was not aided by his lack of detailed records, though there was not proof given that he had misused funds, and some of the criticism may have originated with those who were against the education of Native Americans.

After the financial questions, Posey left the school and resumed work with white settlers in Georgia, where he died in 1840 at his home in Coweta County, less than three weeks after preaching his last sermon.

Sources for this story include “Haywood County: Portrait of a Mountain Community,” Curtis W. Wood, editor; “Brief Baptist Biographies, Vol. II” by Robert Hamby; “Western North Carolina, A History from 1730 to 1913” by J.P. Arthur, and “Sketch of the life of Elder Humphrey Posey: First Baptist missionary to the Cherokee Indians, and founder of Valley Town School, North Carolina,” by Robert Fleming and “The Peachtree Valley and Valley Town Mission: A Baptist Recategorization of a Cherokee Landscape,” a master’s thesis by James Anthony Owen.