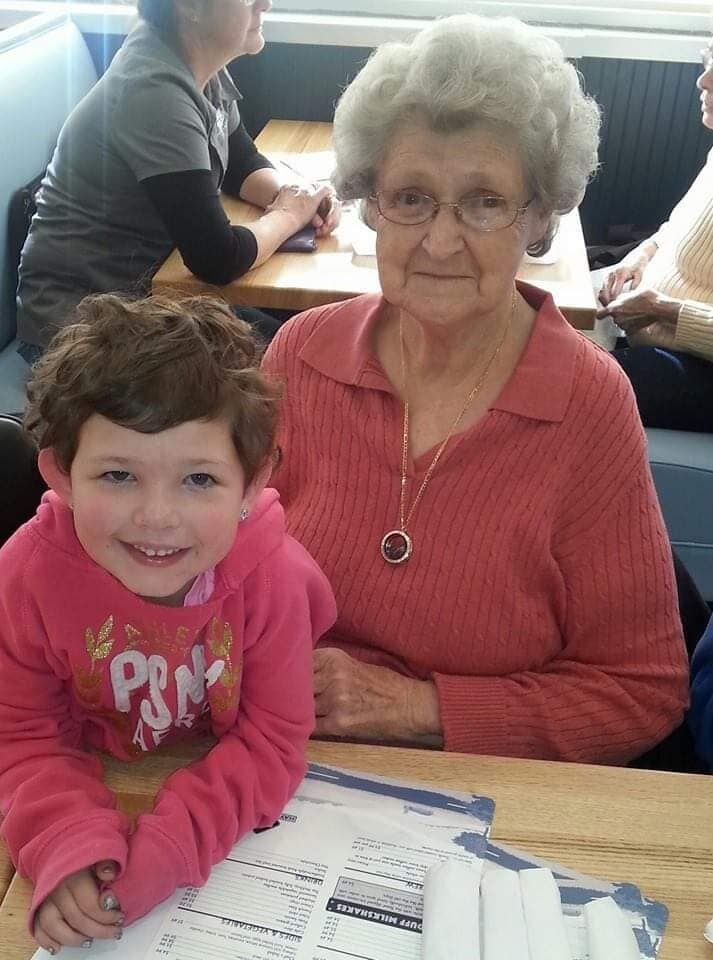 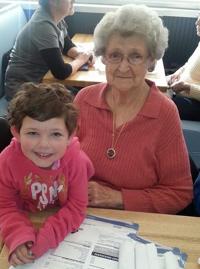 A STORM TO REMEMBER — Mary West Justice is shown with great-granddaughter Katie Clark in this recent photo. 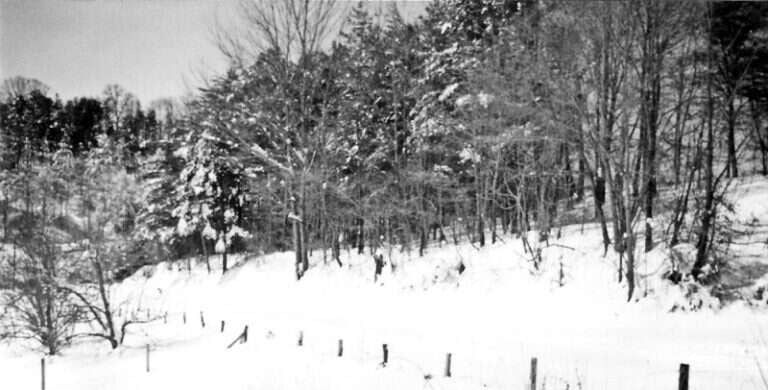 THE BIG SNOW — This is Henson Cove, after the blizzard of 1936. This picture accompanied Charles Fletcher’s story in the Blind Pig and the Acorn blog on Appalachian people. 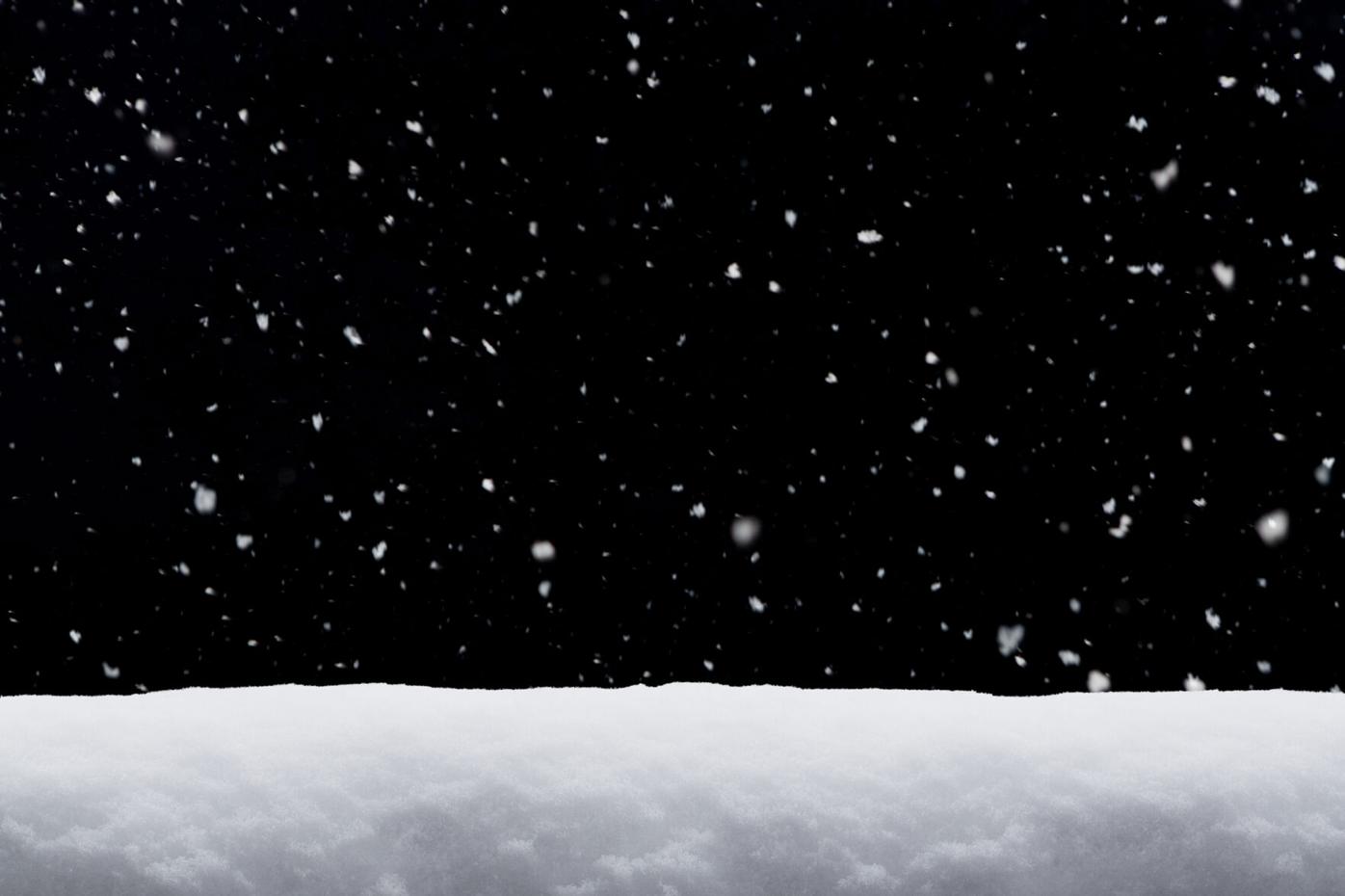 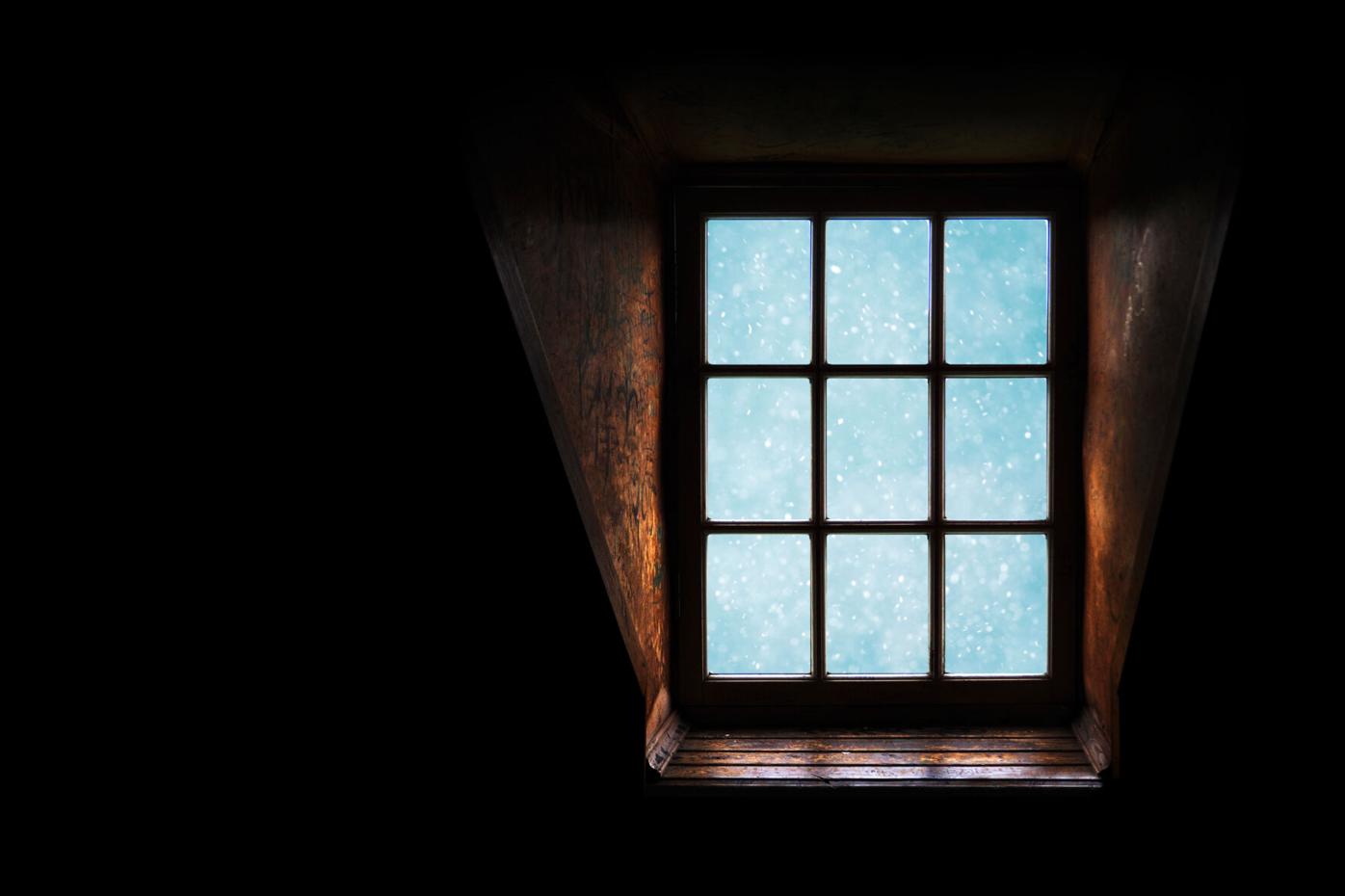 Snow blizzard outside the window, darkness 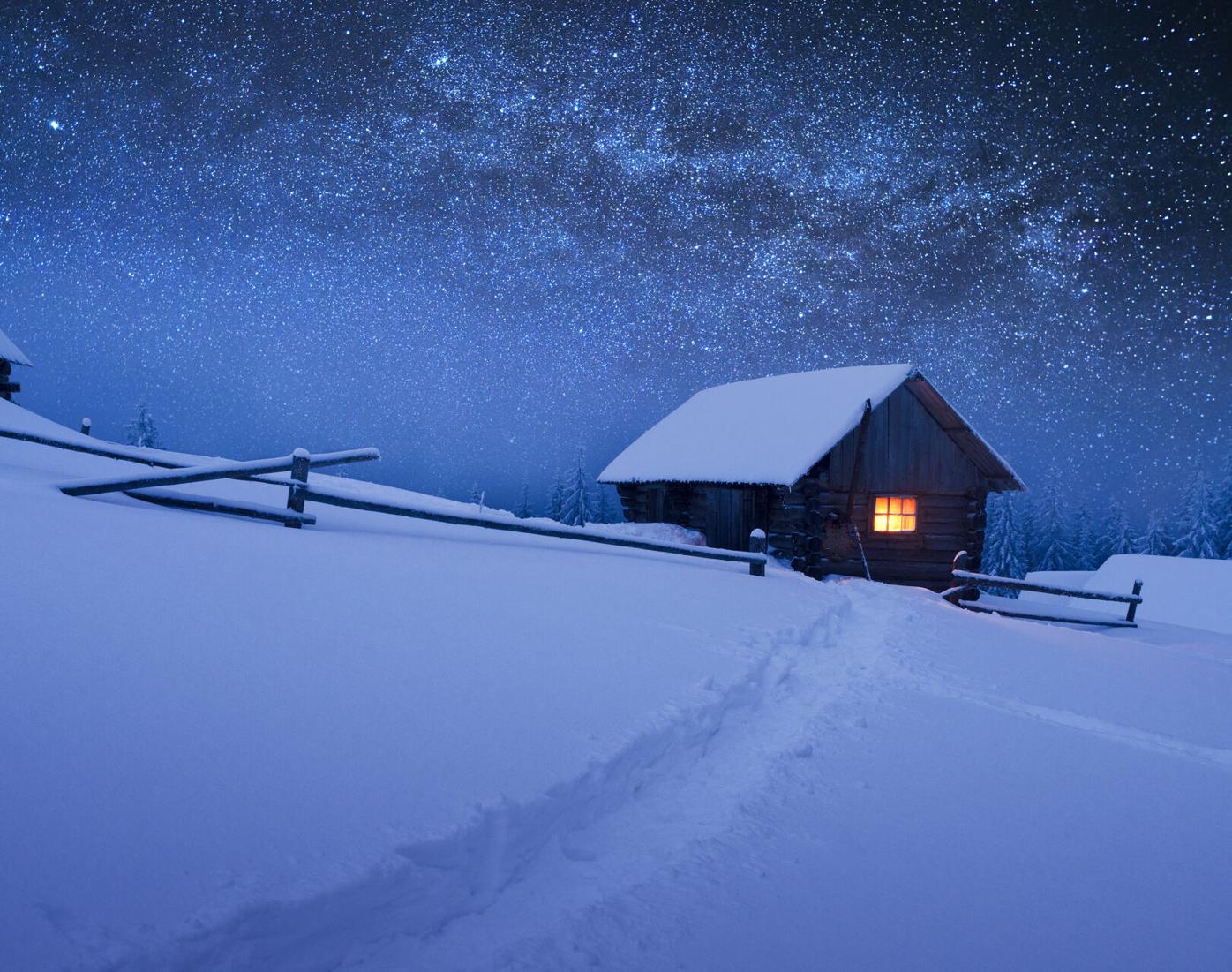 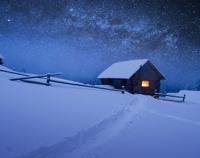 A STORM TO REMEMBER — Mary West Justice is shown with great-granddaughter Katie Clark in this recent photo.

THE BIG SNOW — This is Henson Cove, after the blizzard of 1936. This picture accompanied Charles Fletcher’s story in the Blind Pig and the Acorn blog on Appalachian people.

Snow blizzard outside the window, darkness

Haywood County has been “blessed” with two full-scale blizzards in the last 100 years. And while the “Storm of the Century” in 1993 was an adventure and ordeal, people who remember the St. Patrick’s Day storm of 1936 say that was the storm “that beat all,” as local folks say.

The 1936 storm came on the tail of a crazy winter for the United States, part of a vicious-weather decade. Across the United States, that winter had offered up some of the coldest weather on record and multiple snowfalls — especially harsh blows for livestock farmers, given the droughts and winds that had created the first Dust Bowl in 1934.

Now in March, folks in a band up the East Coast, including Haywood and Buncombe counties, were about to learn that the approach of spring did not guarantee a quiet departure of winter. While the storm barreled northward on what seems to have been a narrow track, eventually blanketing parts of Ontario, Canada, it seems to have hit nowhere harder than Haywood County.

The blizzard was so defined that regions to the west of Waynesville received considerably less than those to the east. Balsam, for example, received 12 inches of snow, compared to Waynesville’s 16 and Clyde’s 30 inches. Westward, Bryson City reported about two inches; Brevard had a trace.

To school — and back

Across Haywood County, students headed to school that Tuesday morning, unaware of what was on the way. A few people had warning, however.

In Crabtree, the Kinsland family was fortunate to have a battery-powered radio, which issued weather warnings. Garrett Kinsland, head of the household, was sick, so two neighbors and relatives who also heard the radio warnings, arrived to chop and saw wood for the family ahead of the storm, stacking it on the porch.

In the Poplar Cove section of Fines Creek, 6-year-old Mary West was excited; she was not scheduled to start school until the next fall, but her mother had said Mary could go to school with her sister that day.

But sister Ruth was sick, and Mama said Mary would stay home.

“I didn’t get to go, and I cried,” Mary West Justice remembered. “I begged Mama to let me go with my brothers, but she wouldn’t let me.”

Schools were let out when the snow began, but it fell so thick and fast that children and teachers struggled to get home.

In Poplar Cove, Mary West’s brothers had to walk a mile to catch the school bus. By the time school let out that Tuesday, the snow was so deep that her father, Dallas West, hiked out to the bus stop to help the boys get home. One of the boys received a touch of frostbite on his ear during the walk home.

“I was lucky I didn’t get to go to school that day,” Mary said.

Like many families, the Wests depended on firewood for their heat and wood stove. The blizzard buried their woodpile in snow.

“My dad went to the barn and took down the poles and things they’d put up to hang the tobacco on, and he sawed them up and used them for firewood. If we hadn’t had that, we’d have been in bad shape, sure enough,” Mary said.

While the Kinslands were fortunate to have wood on their porch, before the snow melted, they would be burning planks off the side of the barn.

The day of the snow, “our teacher, Mrs. Bessie McClure Evans, closed school at 10 a.m.,” Louise Kinsland wrote in her book Country Folklore: 1920s and 1930s… and that’s the way it was. “She walked through the snow storm to the main highway to meet her ride. Carroll Morrow had borrowed her car and drove to the Crabtree school approximately four miles away, where he taught. … He picked Miss Bessie up later. Her coat was covered completely and frozen stiff. She lived at Clyde, so to avoid too many miles in traveling, she took a short cut and let Mr. Morrow walk part of the way home. Her windshield wipers wouldn’t work, so she had to ride with her head out the window to see how to drive.”

Shock of the morning

“All night we could hear the wind and wondered how deep the snow was. Before dawn Daddy was up, and at daybreak he got the shock of his life. There was not a bush in sight nor a fence post and no way to get to the spring. Fence posts were three feet tall, and the snow was deeper than that.

“Daddy started melting snow for water use. Soon he started digging his way to the barn to milk the cow. At 4 p.m. he got to the barn. … With all the shoveling, the snow was still waist deep in his trail. The snow had to be melted and carried for the livestock to drink.

“A neighbor’s flock of sheep was caught in the snow in the hills of the pasture. After a hard struggle they made their way to the sheep and rolled a snowball from the top of the pasture. This snowball made a trail to the barn for the sheep.”

In Poplar Cove, “my dad took care of some livestock for the landowner, and it was hard to get them to the creek,” Mary West said. “He had to go to the creek and break ice for them to have water.”

What made the storm so vicious was the wind, which The Mountaineer reported gusted up to 50 miles an hour, piling the snow into drifts up to 15 feet high.

A school bus transporting 32 students from Fines Creek to the White Oak community stalled in a snow drift. Families nearby took in the children, sheltering and feeding them until Saturday.

Each family took about six children, The Mountaineer reported. Most of the stranded children were in first and second grade.

Normally about 60 children would have been on that bus, the newspaper added. However, the school system had been plagued by epidemics of measles, mumps and flu, and so attendance was down across the system, particularly in the high schools.

Charles Fletcher, who died in 2018, grew up near Beaverdam Elementary School and wrote about the blizzard for a blog titled “Blind Pig and the Acorn: Profiles of Mountain People.”

“My dad was working in the paper mill at Canton, and the mill’s supervisor asked all the employees who were working to stay and not go home,” he wrote. “They wanted to be sure that they would have someone to keep the mill running and not have to shut it down.

“Like most of the people who lived in the mountains of western North Carolina, my family was always prepared for the unexpected problems … They always had plenty of food that they preserved in the summer and plenty of firewood on hand to keep the house warm and the cook-stove hot so they could cook three meals every day.”

Fletcher described navigating in the snow: “The snow was up higher than our heads on the route we normally took to school, so we walked the ridges where the wind had blown off the snow. When we came on the ridges, we walked on the sides of the road where the snow had been blown back to the high side of the road.” Walking the windswept ridgetops also allowed their father to get home from the mill, he added.

Like the senior Fletcher, David Pressley’s grandfather, France Pope, worked at the mill in 1936 and was expected to be there.

“He shoveled out a path away from the house and when he was leaving, you could only see his hat,” Pressley wrote. “My Papaw was 5 feet 9 inches, and they lived about a half a mile down Morning Star Road from the church.” His aunts and uncles told Pressley the snow was up to the top of the windows on the family house.

The Mountaineer reported that few telephone lines were affected by the storm. In fact, a lightning strike the day before the storm had caused more damage to the phone lines than the snow. Yes, apparently the freak storm was preceded by a thunderstorm.

Fortunately for Haywood County residents, the storm was followed by thawing temperatures, which allowed much of the county to dig out by the weekend. That thaw-out would be one of several qualities this storm would share with the next blizzard, the one termed the “Storm of the Century” in 1993.