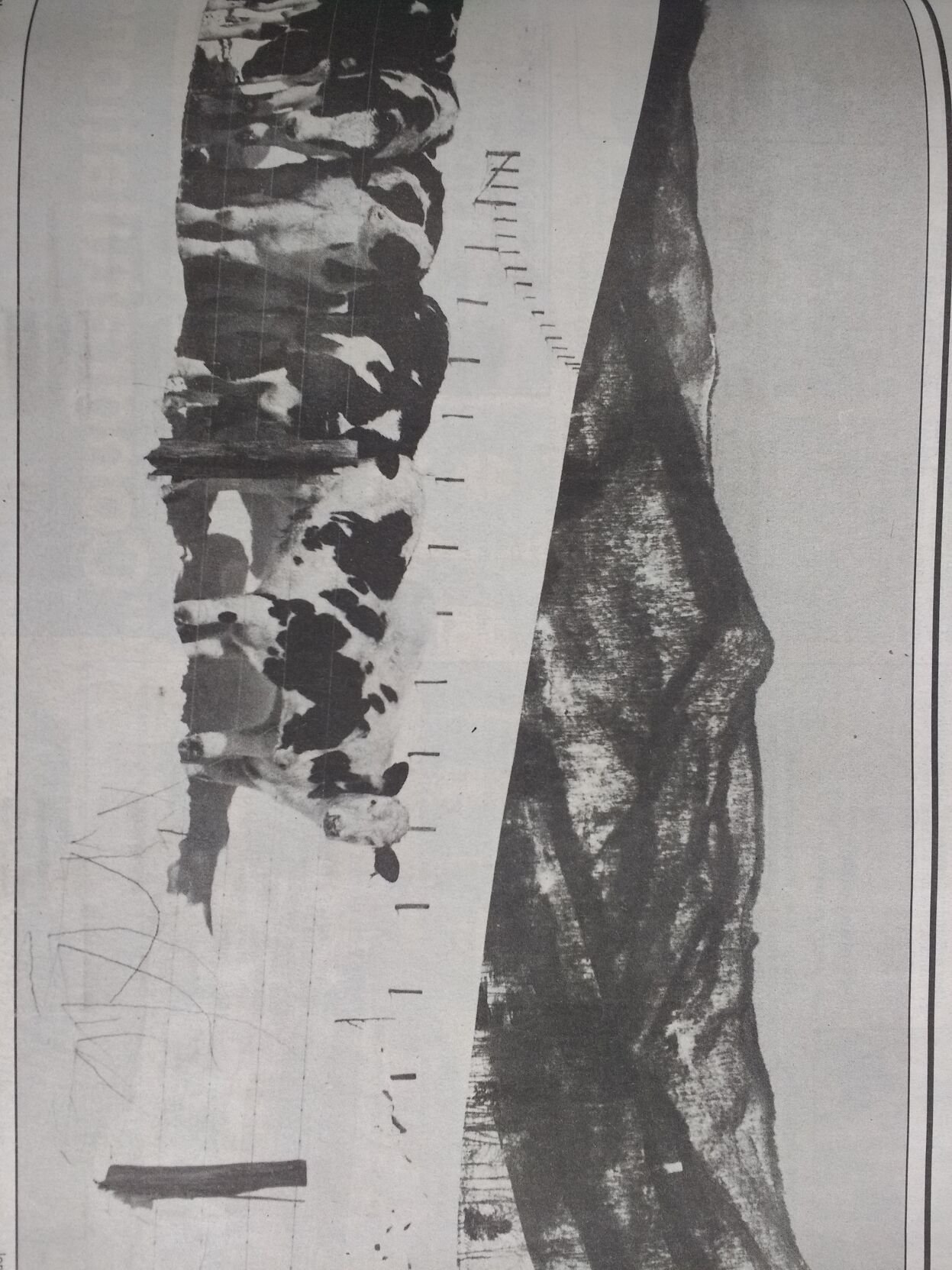 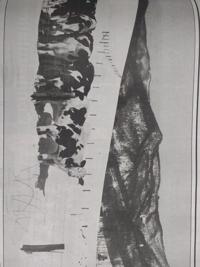 STORM CASUALTIES — Many farmers lost calves and other livestock to the storm. Another danger — without milking, cows could develop discomfort and disease. IMG_20210112_134336322.jpg 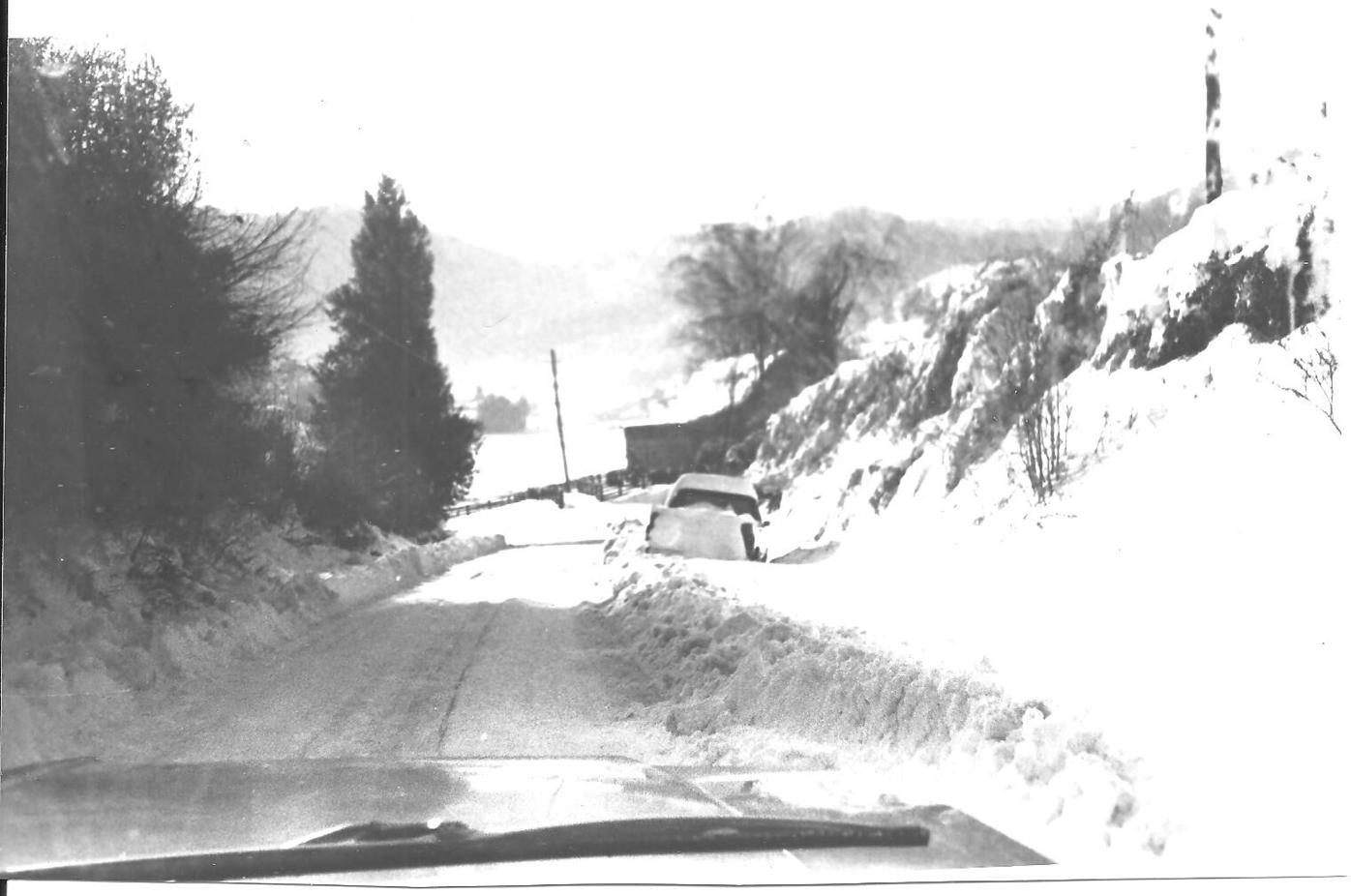 RATCLIFFE COVE — The view driving into Ratcliffe Cove on the Monday after the 1993 blizzard. The March storm hurtled 18 to 36 inches of snow into Haywood County. entering ratcliffe cove monday after 93 bliz.jpg 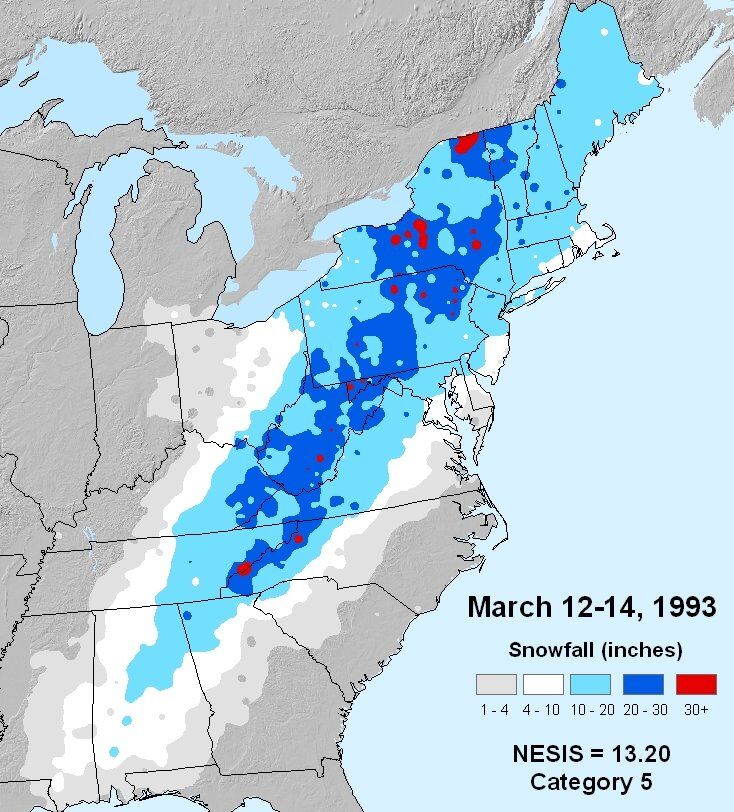 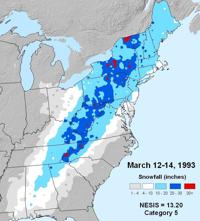 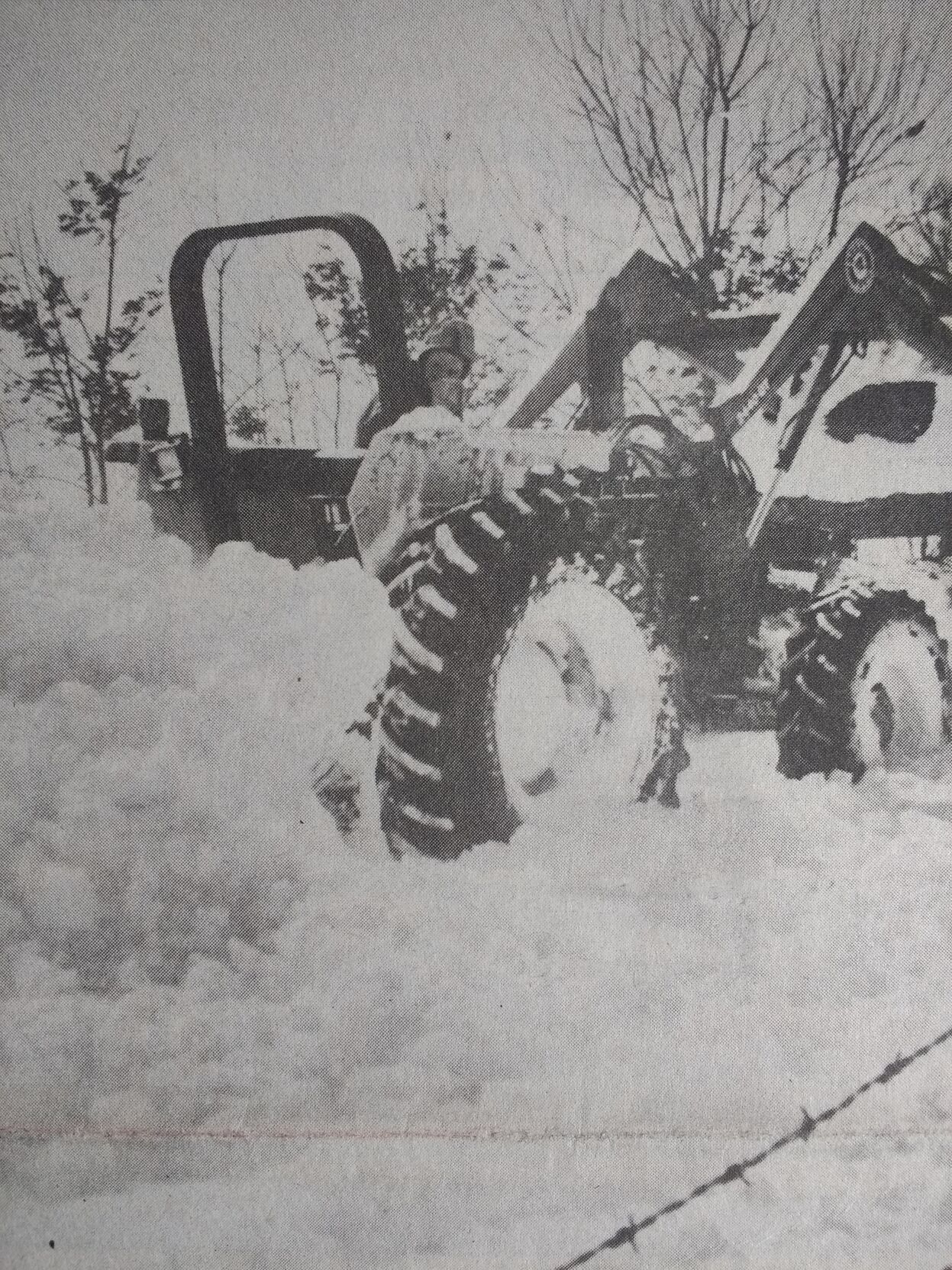 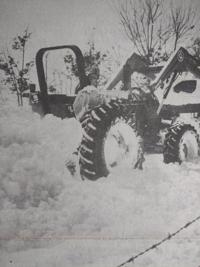 STORM CASUALTIES — Many farmers lost calves and other livestock to the storm. Another danger — without milking, cows could develop discomfort and disease. IMG_20210112_134336322.jpg

RATCLIFFE COVE — The view driving into Ratcliffe Cove on the Monday after the 1993 blizzard. The March storm hurtled 18 to 36 inches of snow into Haywood County. entering ratcliffe cove monday after 93 bliz.jpg

(Editor’s note: This is part two of the Storm of the Century story that appeared last week, Jan. 17. Due to the overwhelming response from readers who wanted to share their memories of the Great Storm, the story will be extended into a third article, which will be published next weekend.)

While many hunkered down by fireplaces during the blizzard of 1993, also known as the Storm of the Century, others went into overdrive, keeping the power on or restoring it to homes, tending to livestock and rescuing those in distress.

The March 13 storm hurtled 18 to 36 inches of snow into Haywood County on its high winds, while blanketing a band of eastern states from Georgia to Maine in snow and causing flooding along the Gulf and East coasts. It forced power-line workers into dangerous conditions, battling downed, live lines despite high winds, while farmers struggled to save, feed and tend their animals. Meanwhile, as described last week, emergency medical and rescue workers either worked nonstop to reach those sick or injured by the storm, or they slept at work sites because they could not get to and from their homes.

Becky Brookshire Trantham: “Had to go to work at the hospital. We all tried to carpool for safety. Security even took some to and from work so enough staff would be on hand. Some even spent the day and night there due to staffing.”

Pamela O’Neil Smathers: “Working at the hospital the whole weekend. Walked out (1/2 mile) and was picked up by friends to get to work. Had to spend a couple of nights there because no way to get home. Cafeteria was low on food supplies. Not much to choose from.”

U.S. Forest Service and U.S. Park Rangers were scrambling to find hikers lost or unaccounted for during the blizzard. In a time before cell phones were common, many hikers had been caught unaware by the storm. From the start of the blizzard Friday until the following Thursday, about 200 hikers were rescued by the Park Service and the Army National Guard from the North Carolina and Tennessee mountains. Teams used helicopters to scour for those who were stranded by high snows.

Farmers throughout Haywood County faced several challenges during the blizzard.

For some, it was feeding their cattle. While tractors could plow through snowdrifts, farmers had to reach those tractors, trudging sometimes for miles. In areas with power outages, the blizzard put dairy farmers in a bind; they needed their electric-powered milkers to milk the cows. Without milking, cows could develop not only discomfort but disease. Others who did not lose electricity were forced to pour out thousands of gallons of milk when tanker trucks could not reach the farms for pickup. Many farmers in the county lost calves and other livestock to the storm. One farmer, Dennis Francis, spotted a newborn calf and waded through chest-deep snow to carry it to shelter. That calf, warmed to life in the family basement, became a household pet.

Yolanda Ferguson, regarding her husband Roger, who died in 2013: “It took Roger three days to get into our cove to feed cattle. The drifts were so deep he would about go in over his head. He had taken a long stick, or he wouldn’t have gotten out. When he finally got there he couldn’t see any cattle. He started calling them and finally heard the bull bellow, and then the cattle started mooing. They had gotten under a bunch of scrub pines. Roger remembered that he had rolled several round bales of hay that weren’t the best into the trees, and there is a stream running through them. They had eaten the hay and had plenty of water.”

Lucy Trantham: (Husband) Joey was feeding cattle for a lady on Rush Fork. On Sunday after lunch, he headed that way. It was passable until he got to the lady’s neighbors. He had to get out and walk along the board fence to her barn.”

Managing to keep the lights on

Glenda Lasley Medford: “I had just had a baby two weeks before and was very thankful we never lost power in Hill-N-Dale in Clyde. HEMC has always been the best!”

Emily Davis: “My husband Tommy worked for the phone company at the time. They declared an emergency, and I did not see Tommy for a week. He stayed at a motel that was within walking distance of the phone company’s Waynesville office.”

One of the most unrelenting challenges fell upon local power line workers, who scrambled to maintain, then repair, lines from Friday afternoon until a week after the storm. Much of Haywood County weathered the storm with power on, thanks to workers from Haywood Electric Membership Cooperative and Carolina Power & Light, as well as their contractors.

Linemen described working 16-hour days continually during and after the storm. From Fines Creek to Chambers Mountain, crews responded to sporadic outages caused by heavy snow and wind. And when they couldn’t reach the sites by vehicle, they hiked in.

“When we were going, we were pushing snow with the headlights,” lineman Lee Gaddis told The Enterprise Mountaineer. “Sometimes we were walking waist-deep in snow carrying about 40 pounds of equipment.

Haywood EMC crews restored power to their last customer by late Tuesday, March 16. By contrast, some Henderson County customers, with different power suppliers, did not regain electricity for a week. That one last HEMC job, however, also offered one last surprise for the worn-out work crew.

According to reporter Heidi Van Dine’s story, “the crew again had been forced to walk about a mile in the snow to reach the house (in Soco). After they had finished their work and were ready to head home for some much-needed and deserved rest, they returned to their trucks, only to find one of the pickups had burned down to the tires.”

Crisis, destruction, humor and adventure: More memories of the ’93 blizzard

(Reporter’s note: I made a request to the Facebook group Nostalgic Haywood County, asking for memories of the 1993 blizzard and received more …