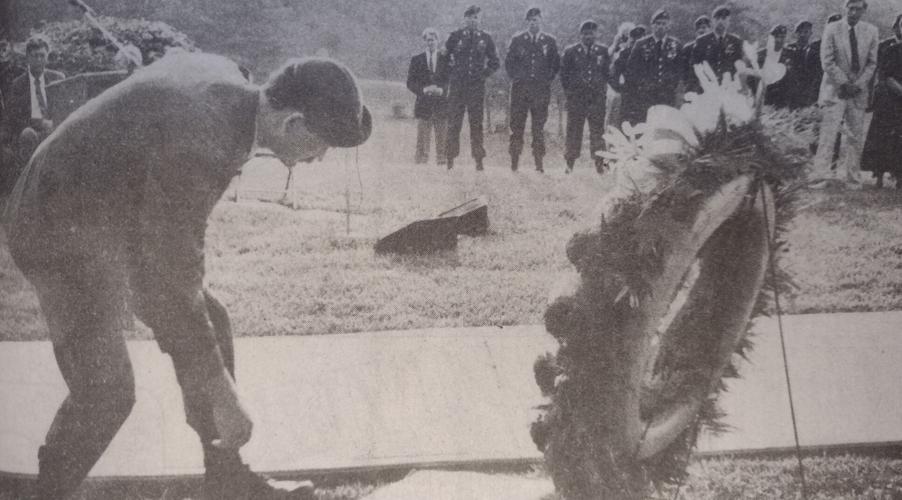 FIRST WOMAN IN FLIGHT — Andy Cayton unveils a memorial plaque honoring his wife, Marie Rossi Cayton, the first U.S. woman to fly in combat. Marie Rossie Cayton was killed in a non-combat crash soon after she made history. 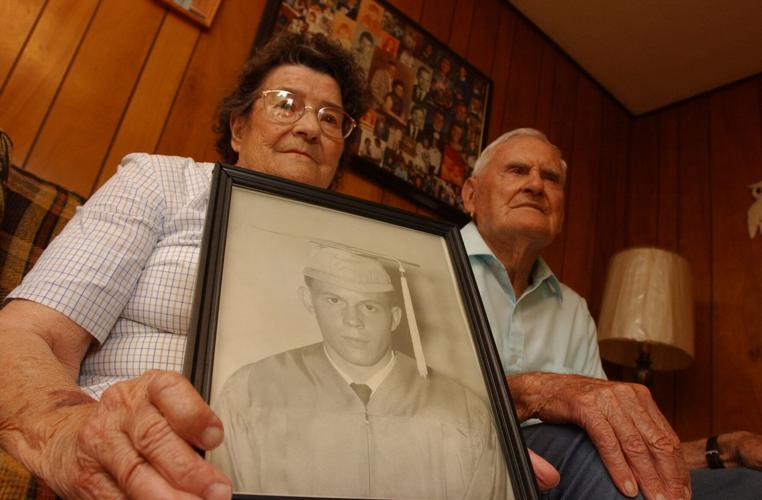 Flora and Graham Rogers hold a picture of their son, James Mark Rogers. The parents cared for their son for 22 years after injuries he received in combat in Vietnam. 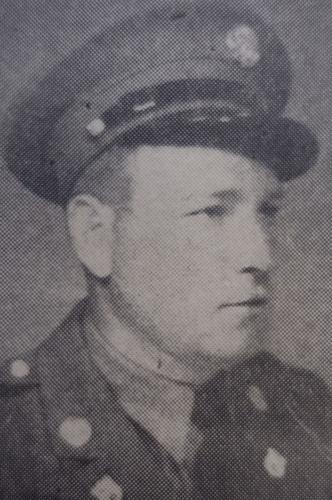 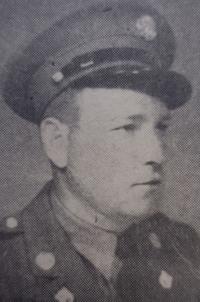 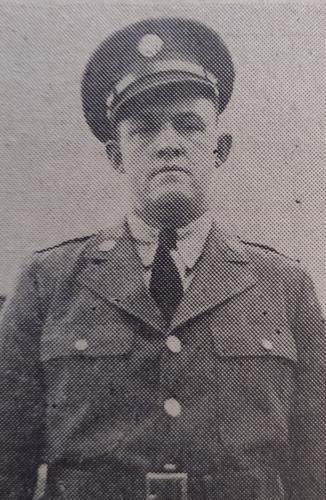 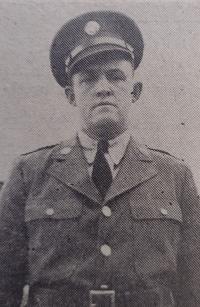 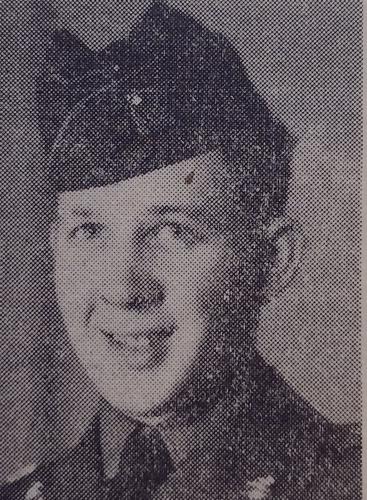 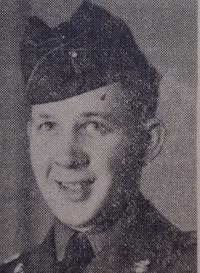 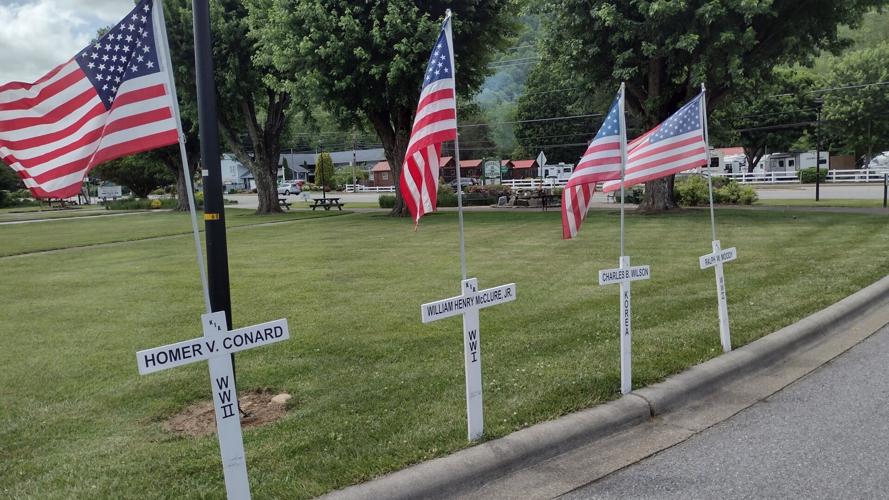 IN MEMORY — The Town of Maggie Valley flies flags above crosses honoring from the community who died in service to their country.

FIRST WOMAN IN FLIGHT — Andy Cayton unveils a memorial plaque honoring his wife, Marie Rossi Cayton, the first U.S. woman to fly in combat. Marie Rossie Cayton was killed in a non-combat crash soon after she made history.

Flora and Graham Rogers hold a picture of their son, James Mark Rogers. The parents cared for their son for 22 years after injuries he received in combat in Vietnam.

IN MEMORY — The Town of Maggie Valley flies flags above crosses honoring from the community who died in service to their country.

Memorial Day is a holiday of half-told stories, of what-might-have been.

That’s the nature of sacrifice. It requires loss. Given the deaths of those who have given their all for their country and who are remembered and honored on this holiday, that means their stories are shortened. When we honor our veterans, we tell their stories. But to honor the war dead, we can tell only stories that, to those who love them, should have been much longer, filled with lifetimes of labor, families, dreams and challenges.

So for this Memorial Day, we take a look back at a few of the many Haywood County individuals who gave their lives in service to their homes and country and try to capture a piece of their stories — shortened as they were.

At least 19 Haywood County men lost their lives in World War I. This war came home to folks largely through the writing of several Haywood County men who communicated with the Waynesville newspaper while serving with the 115th machine gun battalion. These “Haywood boys,” as they called themselves, were bound not only by the rigors of training and combat but by home ties. Their accounts brought home news of the killed and wounded and the agonies of war.

“I’ve heard of several death of old Co H boys. … Roy H. Hannah was killed somewhere near the Hindenburgh line. Sgt. Charles Francis was killed near Roisen. He was transport officer and the shell which killed him killed a Dillingham boy and wounded several others. Among the wounded was Claude McClure,” wrote two Haywood County men identified only as Wren and Ray.

“A man never knows what he can undergo until he is up against hardships. We boys from Haywood have been lucky, and we realize a high power was taking care of us.”

Describing their combat experiences, the pair wrote, “Occasionally you would see a shell fall among a bunch of men and some would be thrown 15 feet in the air while others would be torn to pieces. A fellow didn’t have time to be scared.”

In childhood and in death

In the late 1930s, Cecil Yount seemed to be the golden boy of Waynesville Township High School. He was co-captain of the football team as well as its quarterback, written up often in the Waynesville Mountaineer during football season.

Finishing high school, Yount went on to Western Carolina Teachers’ College but before graduation, went to work in construction, then entered the U.S. Army, undergoing his basic training at Fort Bragg.

Yount eventually wound up fighting the war in the Pacific. While stationed in Hawaii, he and several with him were credited with saving the life of a Hawaiian woman and her young children who had been walking along a rocky shore and were almost swept out to sea.

Yount had known Claude Underwood most of his life. Underwood, also of Waynesville, entered service at about the same time as his childhood buddy. Claude Underwood also died on July 11, 1944, in the battle for Saipan.

Cecil and Claude’s parents received War Department notices of their deaths within an hour of each other.

Rufus Hunter Blackwell likely would not have been called to fight again for his country.

Blackwell, a native of Waynesville, was a World War I veteran who had served in Europe not only during the war but during the early days of the occupation following the Armistice. Upon returning home, he attended Brevard College then went to work for Ecusta Manufacturing in Brevard.

But the day after the Japanese attacked Pearl Harbor, Blackwell volunteered through the U.S. Naval Reserve. As an aviation chief machinist’s mate, he was assigned to Whidbey Island in Washington States.

On April 12, 1944, he died when his bomber crashed during takeoff at Oak Harbor, Washington. Blackwell was survived by a widow, a daughter and a son.

Boy with a sweet tooth

Charles E. Wilson was just 18 years old when he found himself on the ground in Korea, fighting an onslaught of North Koreans, a lifetime away from his childhood home in Maggie Valley. The young man was actually known by another name, as “Buddy Wright,” since his mother, Eugenia Wright, had remarried.

On July 27, 1950, Wright, a rifleman serving with the 24th Infantry Division, wrote his mother, telling her he missed sweet treats, and asking her to send some. That same month, Life Magazine published a photos of U.S. soldiers approaching a Korean village — and Eugenia Wright was convinced she had spotted her son in one of the pictures.

On Aug. 19, Wright received the dreaded notice that her son was missing in action, had been missing since July 29, two days after writing his last letter home.

Four and a half months of uncertainty followed. The mother did hope, especially when United Nations and American forces launched a counteroffensive and reports emerged of liberated American prisoners of war. But no word came of her son.

On Monday, Jan. 8, 1951, the Army informed Eugenia Wright that her son was dead, had in fact been killed the day he was reported missing, two days after he wrote to his mama asking for candy.

Some combat deaths do not come quickly. James Mark Rogers of Ratcliffe Cove was 19 years old when he was drafted into the U.S. Army and sent into combat in Vietnam.

As Peggy Gosselin wrote in a 2003 story, “seven months later when he came home from the Vietnam War in 1968, he couldn’t walk or talk and was confined to a hospital bed.” Shrapnel had punctured his brain in three places, and his lower right leg had to be amputated.

Mark’s parents, Graham and Flora Rogers, took their son home, though doctors believed they would be physically unable to care for the wounded soldier. For 22 years the couple cared for their son. They were convinced he recognized them and they arranged outings for him. For those two decades, Flora said, she slept only a few hours each night.

When Mark died peacefully in his sleep in 1990, he was 42 years old. The family, particularly Mark’s brother, Joe, then turned its energy toward having his sacrifice recognized. In May 2003, on Memorial Day, James Mark Rogers’ name was unveiled, having been added to the Vietnam War Memorial in Washington, D.C.

Haywood County celebrated when one it claimed as its own — at least in the way families do — became the first U.S. woman ever to fly in combat in 1991.

On Feb 23, during Operation Desert Storm, in which U.S. and United Nations Forces liberated Kuwait from Iraqi forces, Marie Rossi Cayton flew a Chinook helicopter across Iraqi airspace to support infantry units moving across the desert. It was the first time a U.S. woman had flown a mission into hostile territory during wartime.

Marie Rossi had married U.S. army aviator chief Warrant Officer Andy Cayton, who grew up in Canton, and so the town was preparing to invite the couple to a giant homecoming celebration for Haywood’s National Guard Units. When Kuwait was officially liberated, Haywood had suffered no deaths as a result of the war.

But two days later, on March 1, 1991, Marie Rossi Cayton and two others died in a non-combat-related helicopter accident. The immense pride felt by her adopted town was tempered by mourning.

In memorial, the Caytons of Canton donated funds to install permanent landing lights for the helicopter pad at Haywood County Hospital, lights that were dedicated in a memorial service on May 30, 1991.

“It’s not often a man has the opportunity to be surrounded by childhood friends, neighbors and family, both his natural and the military, the one that raised him and the one who went to war with him. And both who grieve with him,” Andy Cayton said.

All accounts for this story were drawn from Waynesville Courier, Waynesville Mountaineer, and Mountaineer archives. Kathy Ross can be reached at kathymnross@gmail.com