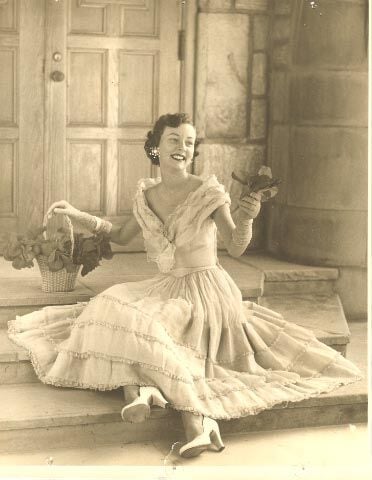 VYING FOR QUEEN — This photo shows Lucy Adams during her campaign for queen of Lake Junaluska. 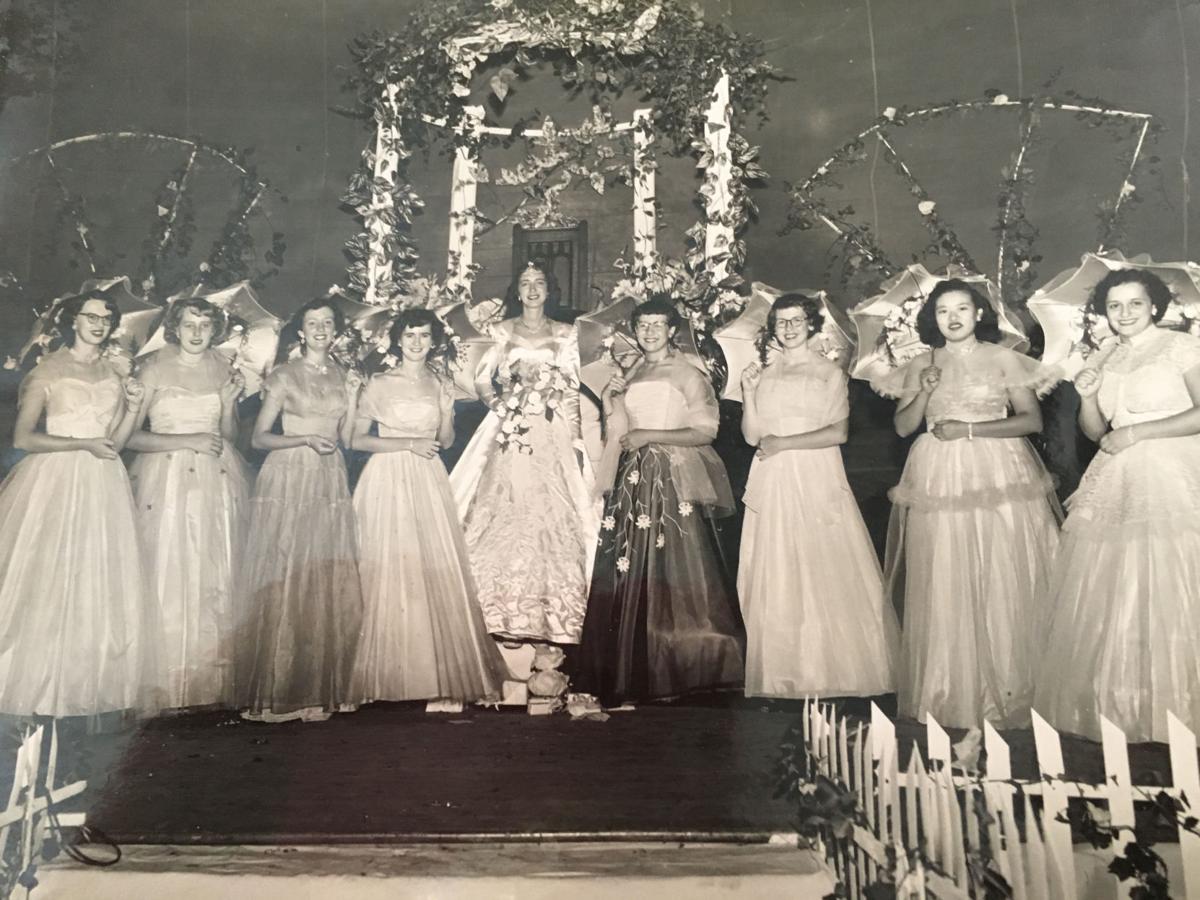 1952 — Betty Ann Robinson was the Lake Junaluska queen in 1952. She is shown here with the “Lambuth girls” at Lake Junaluska Queen Coronation. Lucy Adams is third from the left. 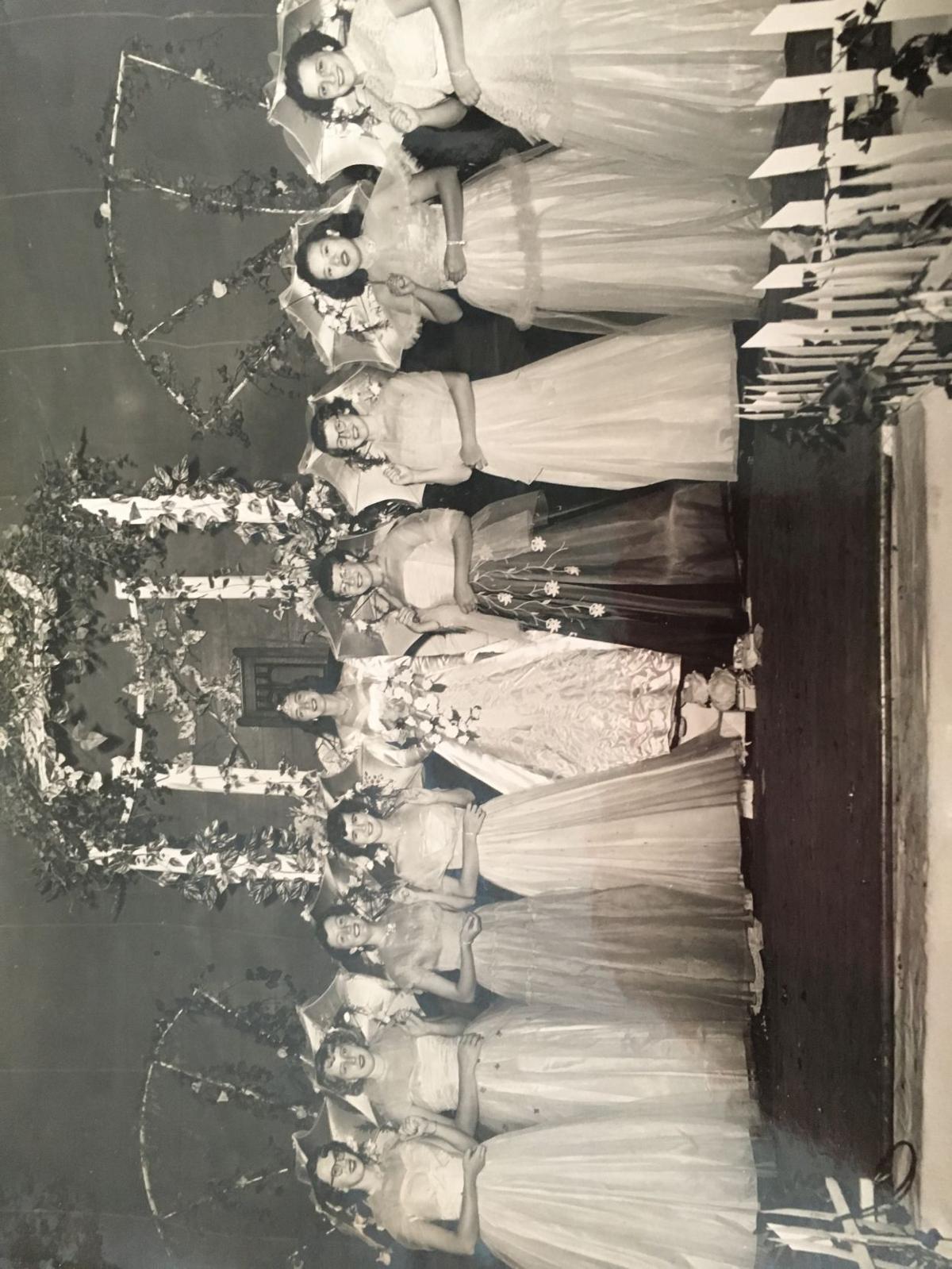 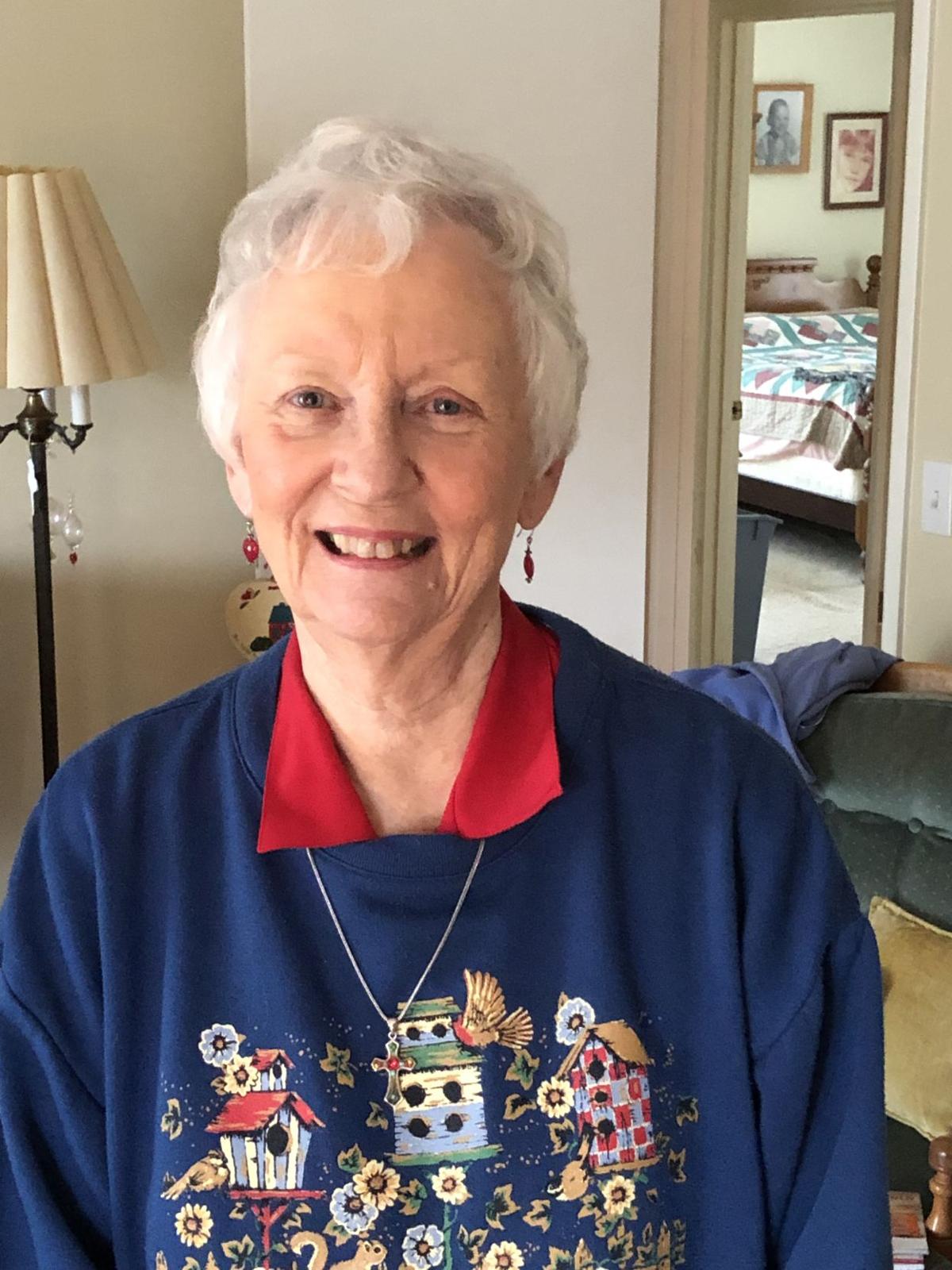 VYING FOR QUEEN — This photo shows Lucy Adams during her campaign for queen of Lake Junaluska.

1952 — Betty Ann Robinson was the Lake Junaluska queen in 1952. She is shown here with the “Lambuth girls” at Lake Junaluska Queen Coronation. Lucy Adams is third from the left.

It was a great blessing each summer, when my family traveled from our home and the hot weather in South Carolina to the cool mountains of North Carolina.

I was 5 when those summer visits began, but precious memories were planted in my heart forever. Our church had special meetings there too, so I always felt at home with friends.

The teen years offered even more fun because my dad built a special little house on the lake front that was surrounded by mountain peeks. So the hot summer days of South Carolina were over. I looked forward to the mountains and our summer home at Lake Junaluska.

I began to work at various places in a hotel, at the bookstore and at the playground. During those teen age years, I also had many summer boyfriends. We would walk to the drug store and dance to the music from the "juke box" and drink milk shakes. I never settled on just one boy, because the summer staff was always full of various friends and personalities.

During the month of August each year, we began to work toward choosing a Queen of Junaluska. It was always an exciting time, and I helped for years with various girls campaigns. Then the big night came and we were paired with a boy to walk down the long aisle of our big auditorium to the stage, where the new Queen was crowned.

My mother was always happy with our activities that would lead to our favorite choice for that years queen. She dreamed of the day I could run since I was such an active part of the summer youth groups.

The summer of 1953 was the year my name was on the ballot. It was a wonderful time since I had a steady boyfriend, Woody, who would be a great helper.

There was publicity that had to be given out, posters that needed to be made, and visits to homes with a "Vote For Lucy" request. We helped our committee with all of those things, and always together, since he was the only boyfriend I wanted, forever.

There was one problem that appeared to have a terrible effect on the voters from one particular place, however. We thought it was going to be a part of my campaign to "Vote For Lucy — Our New Queen of Lake Junaluska."

The girl who was a worker at one of the hotels, had been Woody's girlfriend the summer before he met me. But, after we began to date, the other girl was a part of the past. So her workplace became a place that decided to vote for one of the other candidates. Lucy was not to be their choice.

Therefore, the last day for voting, we discovered that I had lost the race for Queen, and I was the Maid Of Honor. But it too was a blessing because I loved my summer friends and pictures show a very happy Maid of Honor. It was an honor to me because there had been five candidates.

To my mother, it was a terrible loss, but she knew that I could run again the following summer and win.

The following winter, since Woody and I went to colleges in Georgia, we were close enough to visit almost every weekend. That meant that we grew closer in our love relationship. When it was summertime, it was time to return to our beloved Lake Junaluska mountains.

Each day was full of a work load down at the "ping pong room" for me and at the hotel for Woody. When the time came for the new Queen of Junaluska to be chosen, we again worked through the process of getting voters. Again, I was not chosen as the new Queen, but was the runner-up and the Maid of Honor.

The big night came and the greatest part of the whole event is that the Maid of Honor was given privilege of having an escort. And I knew who my escort would be. He was my beloved, Woody Adams! The following summer we would also walk down a very special aisle together. But it would not be in the huge auditorium, but in the beautiful little Chapel, next door. It was our wedding.

As husband and wife, pausing at the Chapel door, the picture reminds us of the exciting story of meeting at our beloved Lake. The two summers of dating began a loving marriage of 65 years, beginning June 10, 1955.

We praise God that these blessed memories began at Lake Junaluska. In retirement from the pastoral ministry, in the year 2000, we moved back to the same little home and to the Lake where we had our first date and I ran for Queen.

Lucy Neeley Adams is a former Lake Junaluska resident who now lives in Hermitage, Tennessee. She has published a book of hymn stories that can be found at  www.52hymns.com.