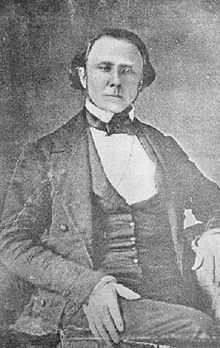 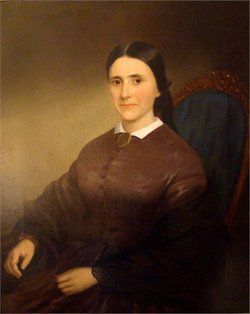 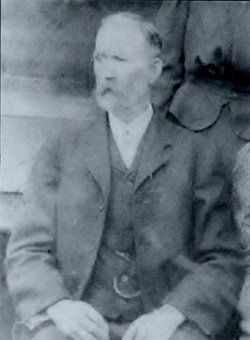 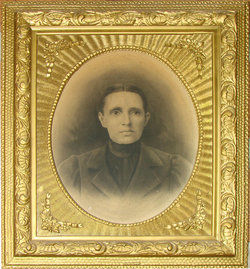 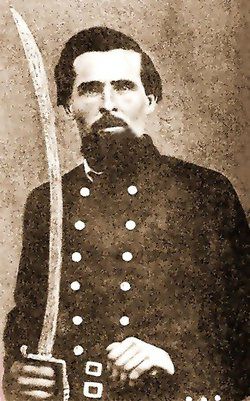 Marriage, birth and death records are often the first discoveries in researching family history. Dry as they are at first glance, they can be the first clues to unlock stories of people as loving, flawed, and eccentric as we ourselves.

In honor of Valentine’s Day weekend, we take a look back three of Haywood County’s unusual marriages and the people who made them so.

A promise kept with valor

One of the noblest of Haywood County romances may have been that between William Holland Thomas, champion of the Western North Carolina Cherokee, and his wife, the dark-haired Sara Love Thomas of Waynesville.

Sarah would prove that even the most confirmed bachelor could be brought to matrimony, pledging her life to a man 27 years older than herself, a businessman, legislator and Cherokee chief who had courted many women but long evaded wedding vows.

Marriage to the wealthy and still-handsome 52-year-old Thomas would not guarantee an easy life. In her marriage, Sarah would endure long absences of her husband in times of war and peace, his declining businesses to the point of bankruptcy, and even his bouts of insanity. Their letters, and her actions, indicate she never wavered in her dedication.

Will Thomas’ father had drowned before William was born. At age 13, William left his home near Raccoon Creek in Haywood County and went to work as a manager of Felix Walker’s trading post on Soco Creek.

The majority of the customers there were Cherokee, and Will developed strong friendships, culminating in his adoption by the Chief Yonaguska. William opened his own store and as business thrived, he used his profits and his talents as a legislator for his Cherokee friends, arguing ceaselessly — and in time, successfully, that the Oconoluftee Cherokee were not under the treaty which forced their kinsmen west to Oklahoma.

Sarah Love grew up knowing Will Thomas. Her father was his friend and sometime-business partner. When Will’s friendship turned to romantic interest in Sarah, he thought he had found “one young enough for a bachelor to love,” yet “old enough to love a bachelor.”

Their surviving letters tell us that Will tried to give Sarah an idea of the relationship they would have and the possible hardships she would ensure. He wrote to her about his concern for the Cherokee and hoped that she would also embrace them in friendship.

At times he tried to keep their courtship secret, for fear she would be teased. At one point, Will asked Sarah asked if she would care for him when he was old and gray. She promised that she would do so.

Sarah and William married on June 30, 1857, and she moved in with him and his mother at their farm in what is now Swain County. Her challenges as his bride came early, for Will was soon gone, sometimes for months.

He was in Raleigh when their first child was born. Sarah often expressed her desire for her husband’s presence in their letters, a dream that they would spend more time as a family. But five years and three children in their marriage, the two would be parted even more severely, this time by war.

During the Civil War, Will Thomas, though age 57, organized his Cherokee friends into a military company that would become known as Thomas’ Legion. The Legion spent much of the war guarding the mountain passes from Union incursions from the west and north.

Thomas endured long separations from his family, extreme hardships for his Cherokee people, criticism of his leadership, even a court martial conviction that was reversed by Confederate President Jefferson Davis. Sarah struggled to hold together her family, farm and businesses.

After the war, Thomas’ mental state slipped. He was declared insane in 1867 and sent to Dorothea Dix mental home in Raleigh. His businesses were mired in debt. His beloved Cherokee — with his consent — took him to court to ensure the land he had purchased for them would not be lost to creditors.

Through it all, Sarah continually worked to bring her husband home despite his sometimes-violent behavior. He would spend months, even years, with Sarah before having to return to the mental hospital.

But Sarah valiantly kept her promise to care for him. Not until her death in 1877, at age 45, was Thomas permanently committed to the home for the insane in Morganton, where he died in 1893.

According to Blalock family stories, a promise made in wartime resulted in a remarkable family lineage and peculiar relationship between one man, his wife and a widowed mistress.

Etheldred, “Dred” Blalock already had eight children when his wife Mary and their baby died. Six months later Dred married Mary Campbell, and they had another six children. But after the Civil War, and with some help from of his wife, Dred Blaylock fathered and cared for another family of children by widow Hester Minerva Stroupe Burnette.

Family stories take this relationship back to the Civil War. Dred Blalock and Alfred Burnette served together. Alfred asked Dred to take care of Minerva if he did not survive, and Alfred later died in a Virginia hospital, apparently from infection after a battle wound.

When Dred Blalock returned home, he began caring for both his family and that of Afred’s. Ledgers from the Cathey store in Bethel show items charged to Dred Blalock’s account listed as being for the “Widow Burnette.”

Dred Blalock apparently took his commitment farther than many wives would have endured, for he fathered another family of children by the widow Burnette while still living with his wife.

Six of those children survived to adulthood. Jerry Blalock, a descendant of Dred Blalock and Minerva Burnette, compiled a history of the family about 15 years ago and found many accounts that indicated Dred’s wife tried to help his mistress and other children.

“There are stories old of Dred’s trips to the mill to have a load of corn ground,” Jerry Blalock wrote in the history. “He and Mary would take what cornmeal they needed for their family and then take the rest to Minerva for her family.

“Dred would bring a bolt of material from Cathey’s Store, Mary would cut off enough to make dresses for her girls and send the rest to Minerva for her daughters.

“Mary worried that Minerva’s children might not always have enough to eat and made gingerbread to give them when they came by. These stories and others are still told by descendants of these families.”

Dred Blalock fathered 19 children who lived to adulthood, many who now spell their name as “Blaylock.” Whether Mary’s willingness to go along with the two-family situation was a matter of compassion for the children or simple resignation has been lost to history.

And while the reasons for the odd relationship are unknown, the results of that relationship live on. Dred Blalock fathered 19 children who lived to adulthood and who in turn gave him 117 grandchildren.

“I will marry your daughter”

The Rogers families of Upper Crabtree can thank another peculiar romance for their existence. Asbury Thornton Rogers, born in 1828, courted Margaret Ferguson. When Margaret said she planned to marry Francis Davis instead, Asbury told her, “in that case I will marry your daughter.”

It was an amazing statement that received an equally amazing answer. Mary is said to have responded, “I cannot think of anyone who I had rather (have) marry my first daughter.”

Asbury did marry Mary’s child. It may not have always been his intention, however, for the family has at least one letter where he courted another young lady. He was still unmarried, however, when the Civil War broke out.

The schoolteacher and farmer became a company commander of company A of the 62nd Regiment of the Confederate States of America. He and his regiment were captured at Cumberland Gap, and he survived almost two years at the brutal prison at Camp Douglas near Chicago.

When he came home to Upper Crabtree, he married Esther Lorena Davis, daughter of Margaret Ferguson Davis. With that, the woman he proposed to more than 20 years before became his mother-in-law.

Asbury and Lorena had 10 children, though five of them died at a young age. Lorena’s life was hard, for her husband had returned from the war physically frail and haunted by the conflict.

Asbury himself lived to be only 60, and his experiences in the war camp likely contributed to his relatively early death. Lorena Rogers finished raising their children on her own and survived 46 years after his passing, dying in 1935.

Their relationship produced an enduring legacy. Terry Rogers and Mark Rogers, who were recently featured in The Mountaineer for their efforts to preserve their farmland in Upper Crabtree, are both direct descendants of Asbury and Lorena Rogers.

Sources for this story include “Confederate Colonel and Cherokee Chief, the Life of William Holland Thomas” by E. Stanley Godbold and Mattie U. Russell; Rogers family history provided by Frances Rogers; and “The multiple legacies of Dred Blalock” in The Enterprise Mountaineer March 13, 2003.