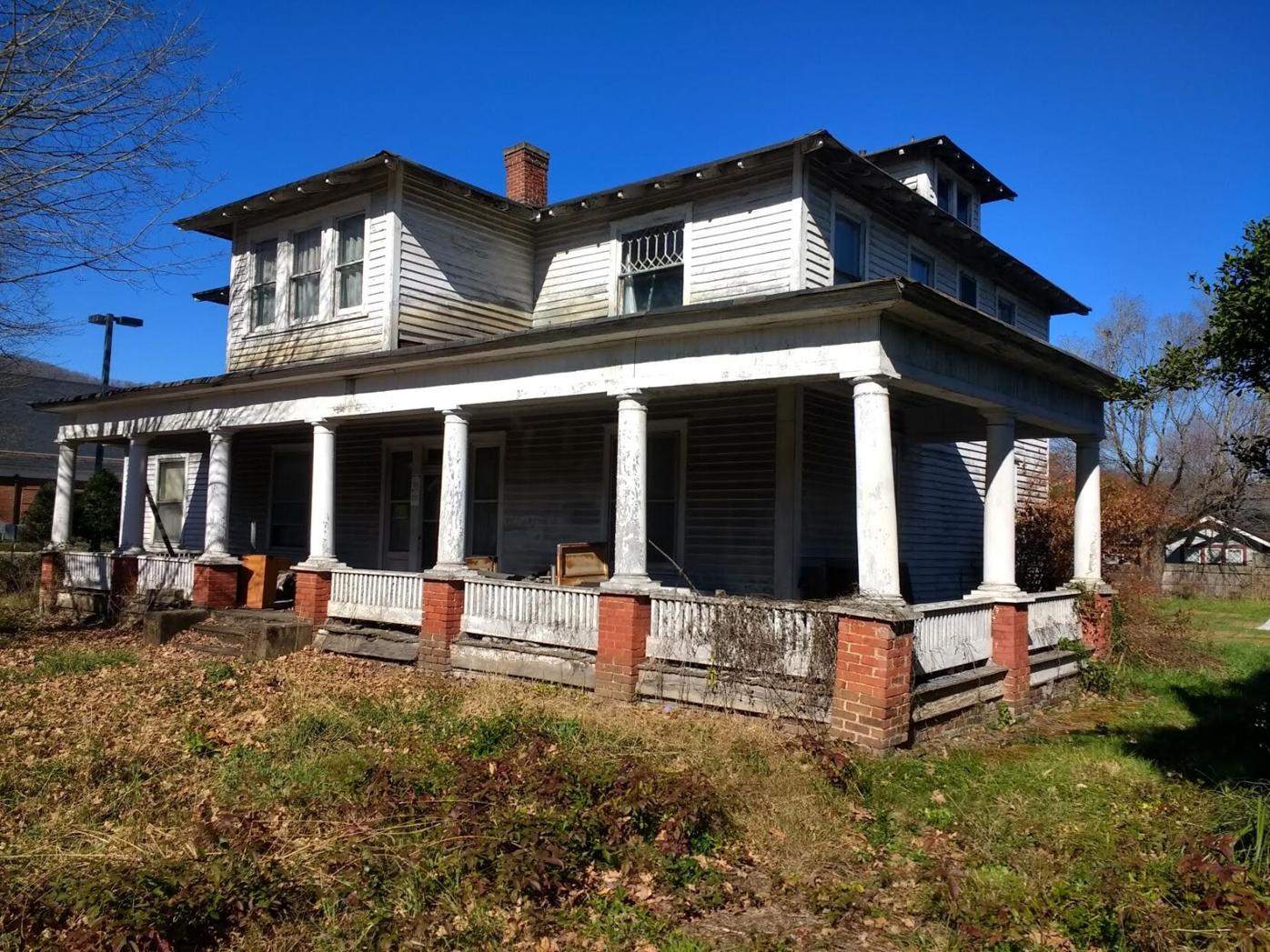 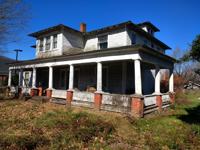 ON THE AUCTION BLOCK — This is the Liner House as it looks today. 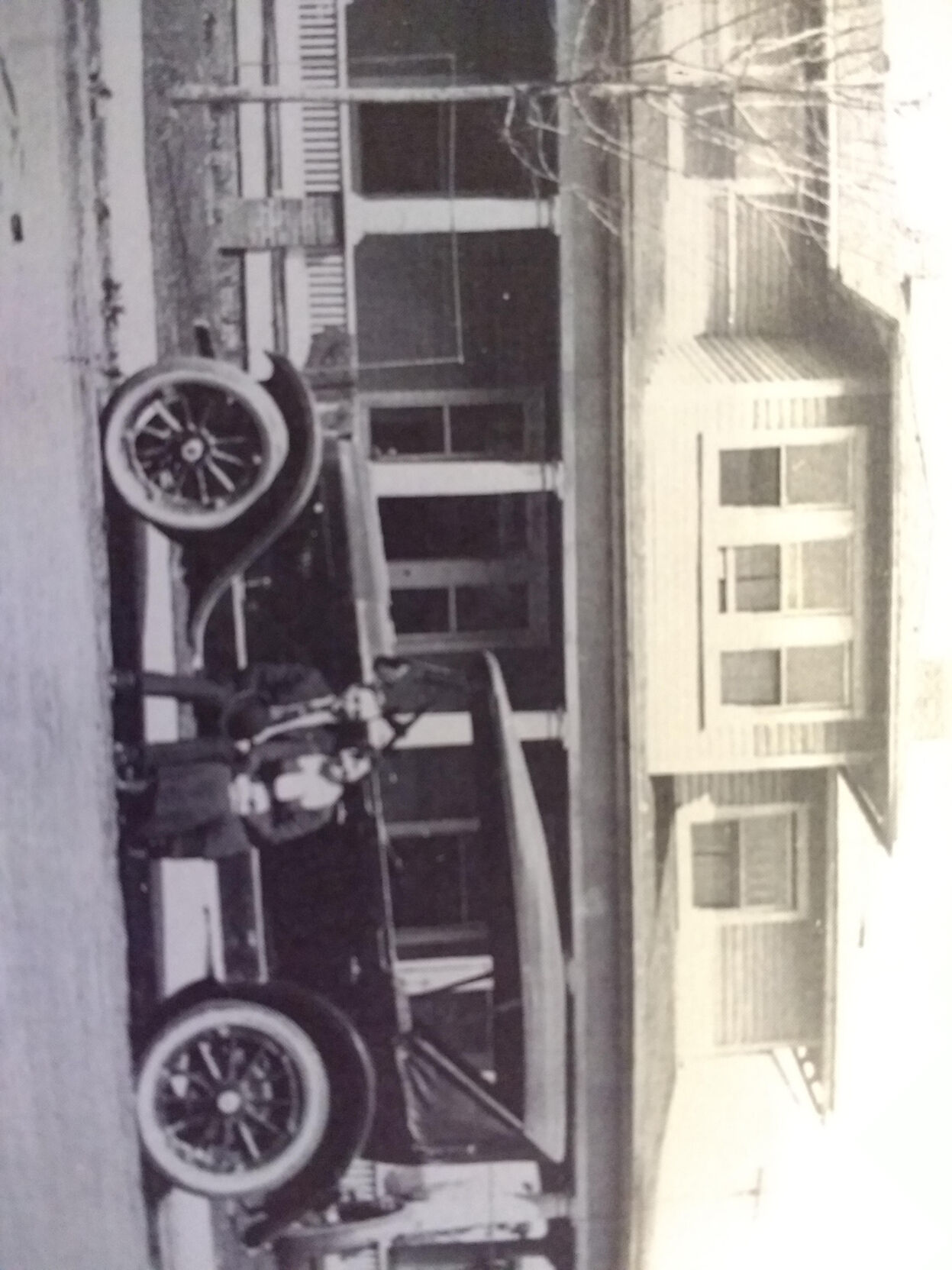 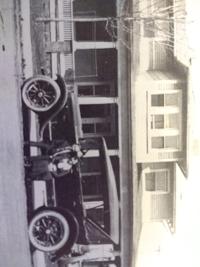 BACK IN THE DAY — William Hardy and Catherine Theresa Liner in front of their Hazel Street home.

ON THE AUCTION BLOCK — This is the Liner House as it looks today.

BACK IN THE DAY — William Hardy and Catherine Theresa Liner in front of their Hazel Street home.

What stories do an old house contain, a house with cracked pillars, peeling plaster and loads of debt, a house the Town of Waynesville is preparing to auction in lieu of past property taxes?

The house in question was built by dentist W. Hardy Liner in 1913, when he and his wife and child returned from Atlanta, where he had worked for Southern Railway while attending dental school. Dr. Liner practiced from 1913 until the 1950s, most of it in an office above the old First National Bank Building in Waynesville.

The house still stands just behind what is now First Citizens Bank on Russ Avenue, fronting Hazel Street, with a large grassed lot behind where the barn once stood.

Medical care for prior owners and tax obligations have mired the property in debt. Now Waynesville is hoping to relinquish the burden by auctioning off the property.

That’s the short story. Checking back over a century of newspapers, however, we find a number of items revealing the human drama behind those walls:

In August of 1912, The Waynesville Courier reported that “Mr. W.H. Liner, son of our townsman Mr. Joseph Liner, is expected home soon to visit his parents. Mr. Liner has recently won his dental degree and in future will practice dentistry. We have not learned where Dr. Liner will locate.”

From the Waynesville Courier on Dec. 27, 1917: “Fire broke out in the residence of Dr. W.H. Liner Tuesday afternoon (Christmas Day) when the family was away from home. J.T. Bridges, linotype operator for the Mountaineer Courier, was one of the first to discover it, and he ran to the home of neighbors, to reach a telephone to call the fire department. But the residents were away from home and the door locked. On the fifth trial, he found a front door unlocked and reached a phone.

“Someone opened a fire hydrant, but turned it the wrong way so that it became impossible to turn the water off and connect a hose. The police chief drove his car to the city fire department and brought hand fire extinguishers. The fire seems to have started from a fireplace upstairs. The flames were soon extinguished with considerable damage to the building, however, from both fire and water.”

In February, the Courier reported that Dr. Liner had moved his practice into the former office of Dr. Thomas Allen upstairs in the First National Bank and that the dentist’s home would soon be fully repaired.

From the Dec. 11, 1919 edition of the Courier: “Louis Cohen of Brooklyn and James R. Bell of Baltimore who were at the army hospital here last year, spent Thanksgiving here as guests of Dr. and Mrs. W.H. Liner.

(In March of 1918, the U.S. Army had leased the White Sulphur Springs Hotel for use as a military hospital. Most of the patients were battle casualties, according to “Heritage of Healing: The Medical History of Haywood County.”

Many residents in Waynesville helped in some fashion at the hospital, from serving as Red Cross volunteers to providing entertainment. It is possible the Liners met these two soldiers when the dentist cared for patients there, or when Mrs. Liner assisted with Red Cross care. We don’t know the origin of this relationship, but it was strong enough to draw these two former soldiers back to Waynesville for the holiday.

“Dr. and Mrs. W.H. Liner celebrated their 22nd wedding anniversary Tuesday evening at 7:30 at a dinner party,” reported the Carolina Mountaineer and Waynesville Courier in May of 1923. “The dinner was given as a surprise to Mrs. Liner by Dr. Liner at their lovely home on Hazel Street. The house was decorated beautifully in cut and spring flowers, carrying out the color scheme of pink and white. …”

Hardy Liner married Catherine Theresa years before obtaining his dental degree. He was 23; she was 16. The Liners and their two children had lived in Georgia for at least a decade before moving to Liner’s home county of Haywood. While there, and even during his dental training, according to the newspaper and “Heritage of Healing,” Liner had worked for Southern Railway.

The dentist was known as an avid horticulturist who would milk the cow in the lot behind his home on Hazel Street before going to work in the morning and after walking back from his Main Street office at night.

The flowers he and his wife grew earned them repeated praise in the Courier and Mountaineer, for they were used to adorn many a social and missionary gathering.

From the Waynesville Courier on Sept. 6, 1923: “Charles Williams, 49, of Memphis, Tennessee, died very suddenly tonight about 11 o’clock of something like ptomaine poison, at the home of his sister-in-law, Mrs. W.H. Liner. He and his stepdaughter, Miss Margaret Wolf, had been the guests of Dr. and Mrs. Liner. He ate a hearty supper and was in fine spirits a short time before his death. Dr. Everett was called in but was too late to prevent his going.”

(In January of 1924, Margaret Wolf won a lawsuit to claim her stepfather’s substantial $50,000 estate. In her suit against Williams’ brothers and sisters, she convinced the jury that her stepfather had written a will leaving his property to her — a will that mysteriously disappeared from his desk the day after he died, before Wolf returned home to Memphis with his body.

Without the will or a win in court, the inheritance would have gone to Williams’ blood kin. The Courier reprinted a Memphis newspaper’s account of the lawsuit, adding that Wolf planned to return to Waynesville and live with the Liners at their Hazel Street home.

From the Jan. 3, 1924 Courier: “Mrs. W.H. Liner entertained in compliment of her daughter, Miss Lenoir and son Joseph, New Year’s Eve. The house with its decorations of red and green and potted plants, made the setting very attractive for the young people, who witnessed the dying of the old year and the coming of 1924. At midnight a bountiful collation was served….”

“Theresa Alley, granddaughter of Dr. and Mrs. W.H. Liner, who won in the local “All State Beauty Contest” which was held in the summer at the Park Theater, will go to Henderson, N.C. this week to enter the state contest, which will be held from the 24th through the 27th,” The Mountaineer reported in October of 1936. “Little Miss Alley will also have a screen test made.”

However, Briggs balked at using Liner for a dentist. After one painful visit with Dr. Liner, the young Bruce insisted on finding someone else to care for his teeth.

“Funeral services were conducted at the First Baptist Church Sunday afternoon for Mrs. W.H. Liner, 57, wife of Dr. Liner, who died at the Mission Hospital in Asheville following an illness of several weeks.” – From The Waynesville Mountaineer, Aug. 20, 1942.

(Given the span of his practice, Liner must have retired very shortly before his death.)

After Liner died in 1958, the house was purchased by Herschel and Ruth Coffey Rogers, who operated it as a boarding house. Ruth and sister Helene also operated Coffey’s Hardware on Main Street.

A receipt book in McKay’s possession shows a receipt from 1969 in which a board paid $4.64 in room rent for an unspecified period of time. After Hershel Rogers’ death in 1981, Ruth lived with her sister, and the house eventually fell into disrepair.