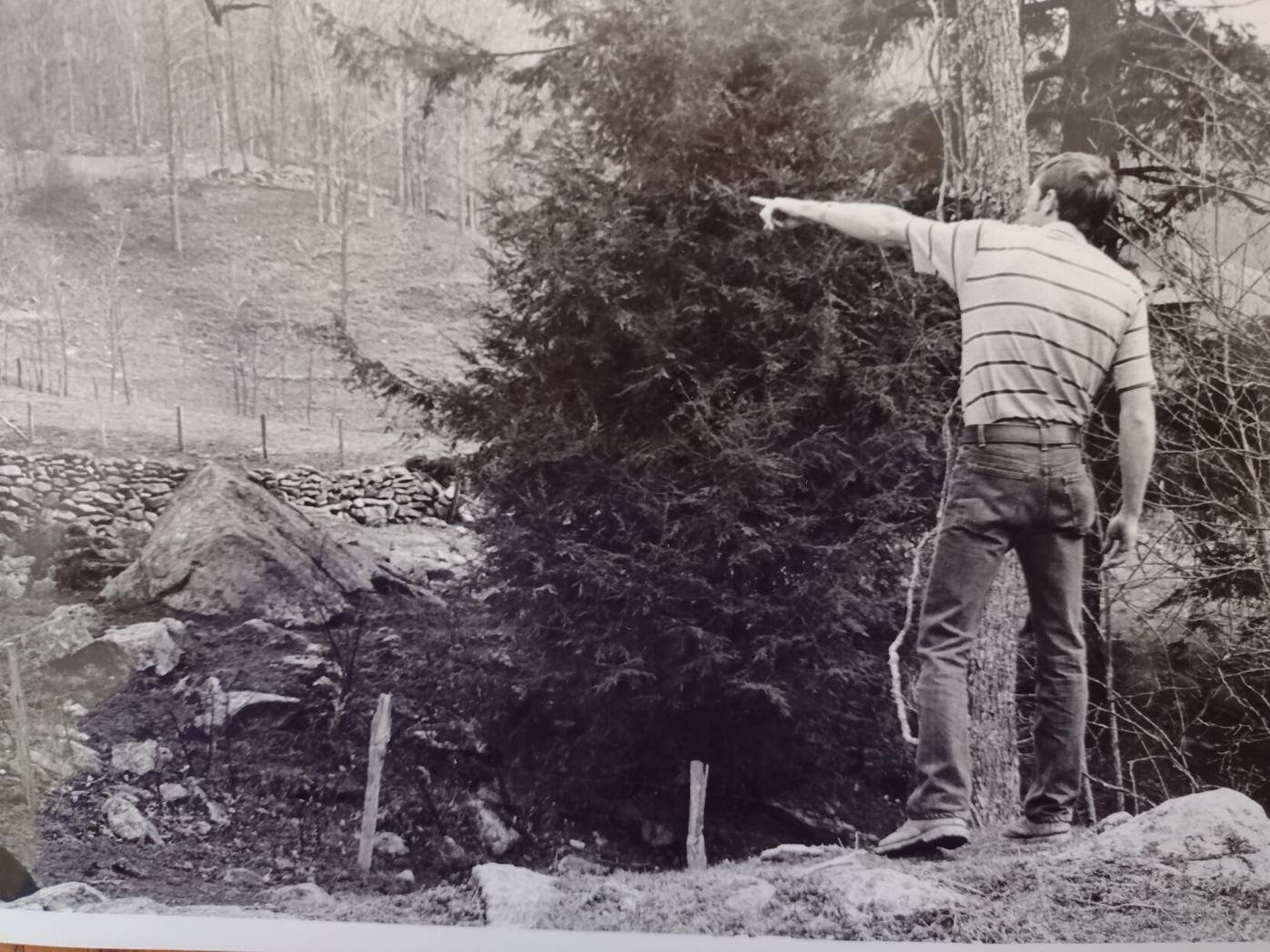 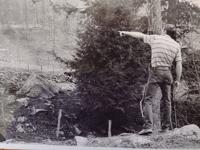 Bruce Ford points out some of the boulders thrown down from Split Mountain in this 1986 photo. 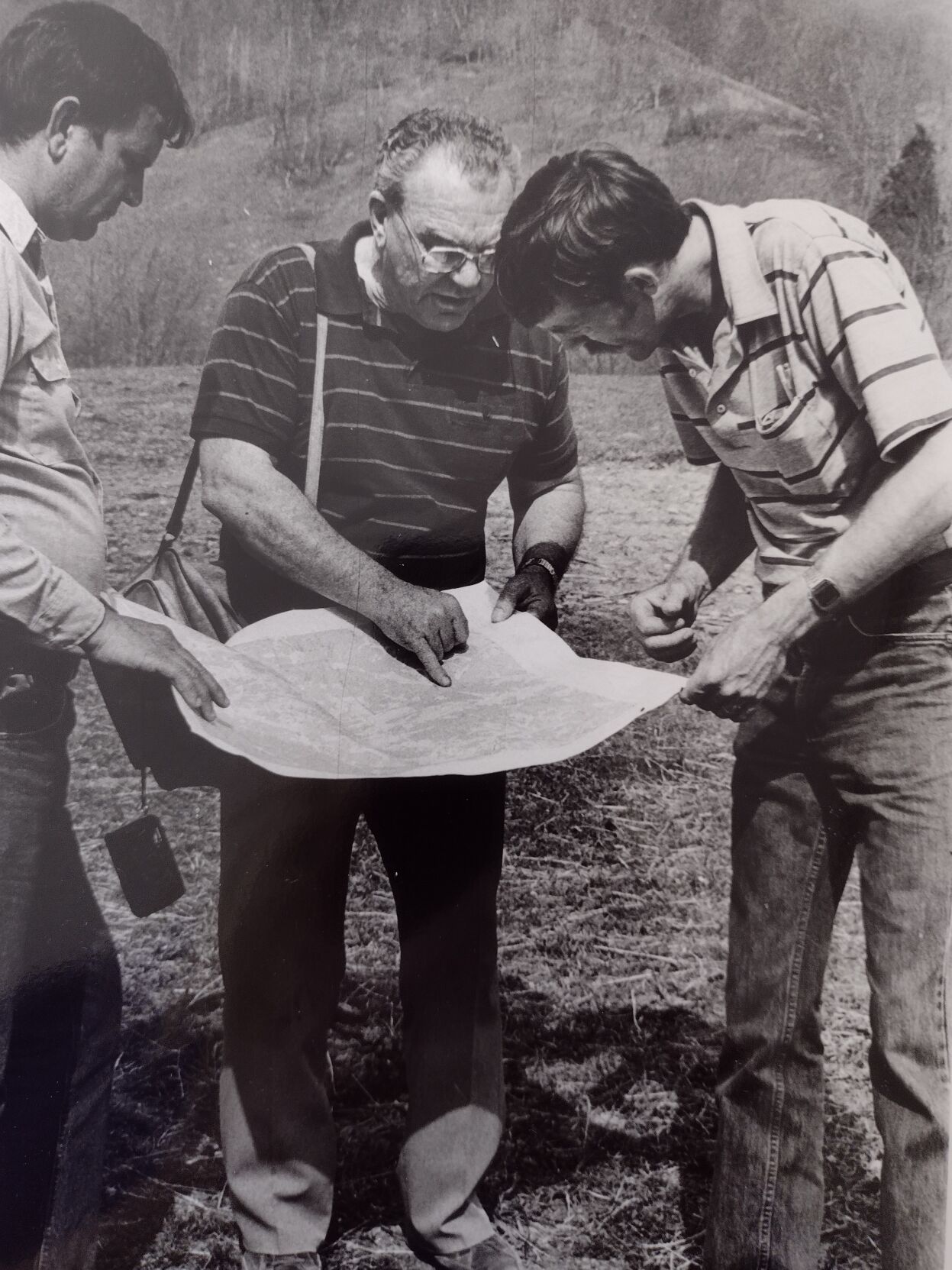 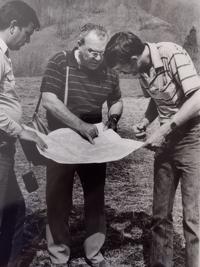 Don Link, Garrett Snatchers and Bruce Ford examine topographic maps while standing at the foot of Split Mountain during a 1986 visit. 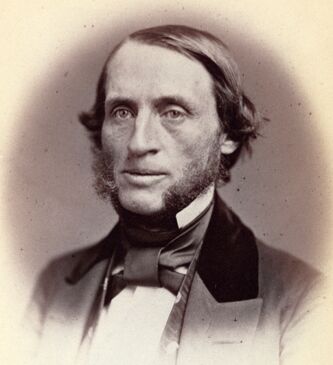 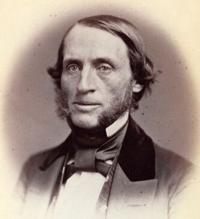 CLINGMAN — Thomas Clingman visited Fines Creek at least three times over a span of 20 years to examine the disturbances caused by Split Mountain. 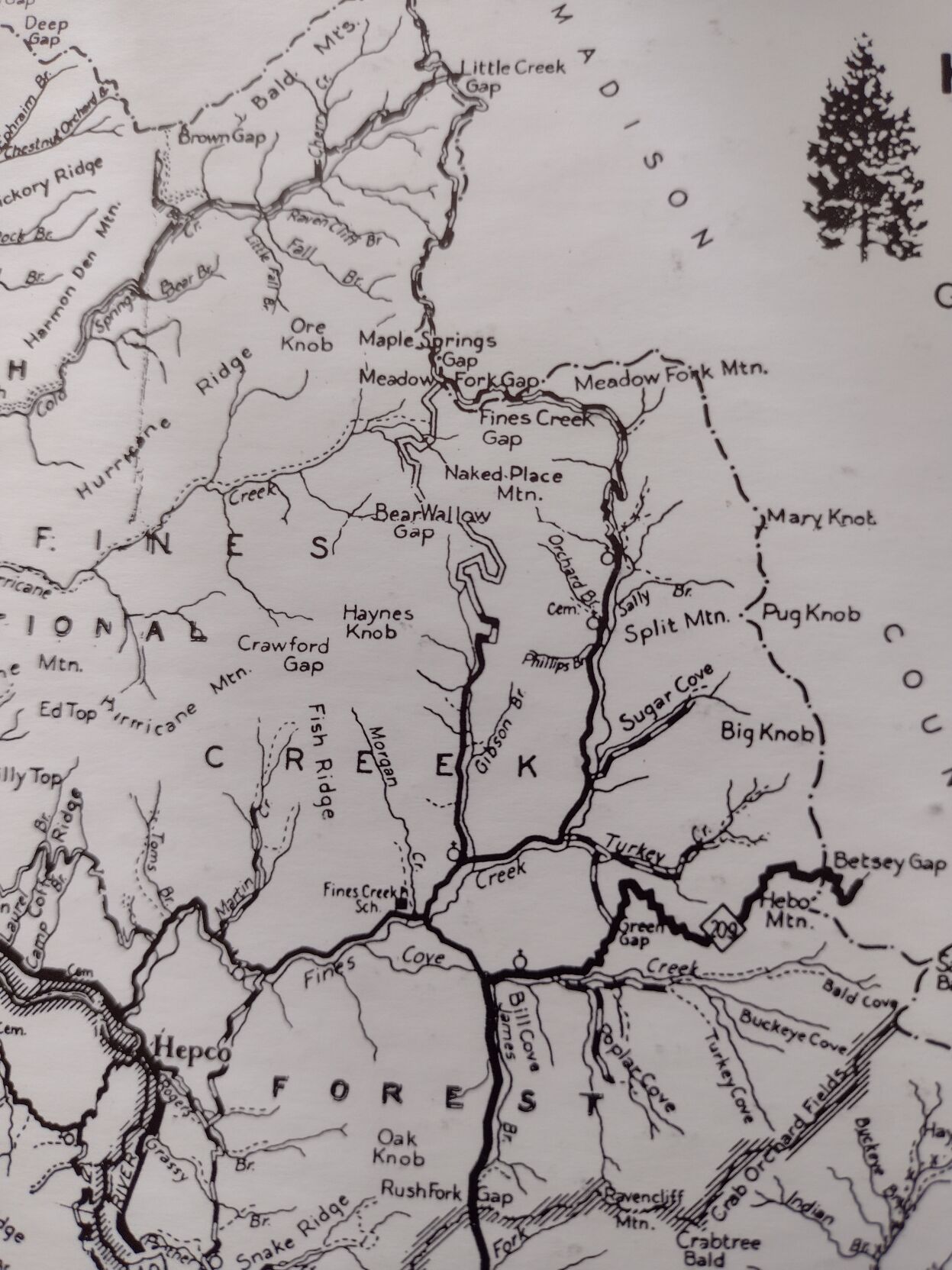 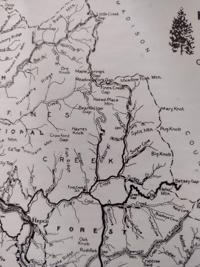 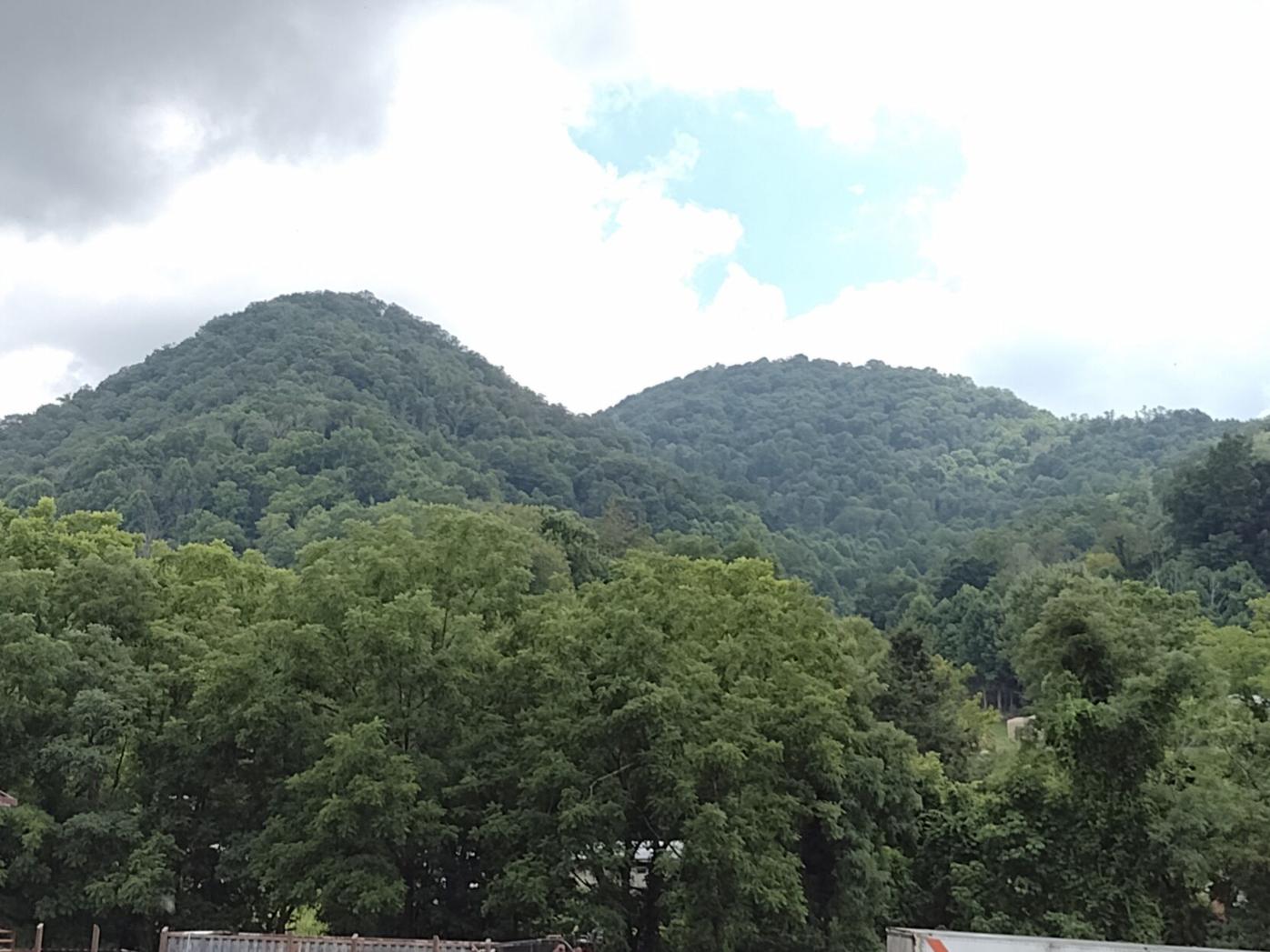 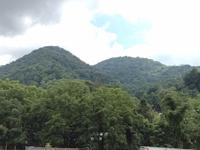 Split Mountain, as seen from the entrance to Ledford Cove.

Bruce Ford points out some of the boulders thrown down from Split Mountain in this 1986 photo.

Don Link, Garrett Snatchers and Bruce Ford examine topographic maps while standing at the foot of Split Mountain during a 1986 visit.

CLINGMAN — Thomas Clingman visited Fines Creek at least three times over a span of 20 years to examine the disturbances caused by Split Mountain.

Split Mountain, as seen from the entrance to Ledford Cove.

Scientists believe the Appalachians formed by the slow collision of continents some 270 million years ago, make them some of the oldest and most stable mountains on earth. But they are not without their mysteries, strange movements and rumblings.

During the 1800s, some of those strange events, including the convulsion of Split Mountain in Haywood County, drew the attention of scientists and newspaper reporters, generating speculations that the mountains remained volcanically active — or that the world was about to end. A century later, local scientists returned to Split Mountain, which lay in a region under consideration for a nuclear waste repository, to argue the area was too unstable to house such dangerous material.

Convulsions that changed the map

Since the early 1800s, Haywood Mountain had been sloughing off boulders, rolling them toward Upper Fines Creek at its base. The exact date is lost, but there was a time in 1848 when the mountain seemed to reach a convulsive climax, hurtling thousands of tons of boulders and trees toward the creek. Today, community maps label the area as Split Mountain, for stories handed down for generations say the mountain split apart from those shocks, uprooting giant trees and opening up cracks in the rocks. Those stories say warm water spurted from cracks in the rock.

The event was powerful enough that it drew a visit from Thomas Lanier Clingman, a resident of Asheville and a member of the U.S. House of Representatives. Clingman, who would later become a senator and a brigadier general in the Confederate Army, was also an avid geologist. Interviewing local residents, Clingman said he was told that the shocks on that side of the mountain were first noticed about the year 1812 and repeated at intervals every two or three years.

Clingman described the region in detail, during an address to the Washington Philosophical Society in 1874.

“The effect of the disturbance is visible near the crest of the ridge and extends in a direction nearly due south, down the side of the little mountain, four or five hundred yards, to the level ground, and across it for some distance and along the elevations beyond,” he said and wrote. “The whole extent may be a mile in length, with a breadth of not more than a couple of hundred yards at any point. The top of the ridge, where evidence of violence is seen, is perhaps three or four hundred feet higher than the ground below.

“There are cracks in the solid granite of which the ridge appears to be composed, but the chief evidence of violence was observable a little south of the crest. From the along the side of the mountain as one descends, there were chasms, some of them four feet in width, generally extending north and south, but also occasionally seen in all directions.

“All the large trees that had been thrown down. … I observed a large poplar or tulip tree, which had been split through its center, so as to leave one-half of it standing thirty or forty feet high. The crack or opening under it was not an inch wide, but could be traced for a hundred yards, making it evident there had been an opening of sufficient width to split the tree.”

A force to split boulders

Clingman believed the actions that caused the upheaval were more than that of a landslide, stating he had seen evidence of a sudden, violent force.

“As indicating the sudden violence with which the forced acted, a large mass of detached granite afforded a striking illustration,” he said. “From its size I estimated that it might have weighed two thousand tons. It seemed from its shape to originally have been broken out of the side of the mountain above, and to have rolled in mass a hundred yards downward. It lay directly across one of the chasms two or three feet in width, and had been broken into three large fragments, which, however, were not separated a foot from each other. The irregularities of the lines … rendered it certain that the mass had been broken by an instantaneous shock of great violence, which did not continue to act long enough to remove the fragments to a distance.”

In 1851, Clingman heard that the mountain had again quivered, though with nowhere near the violence of the 1848 event. Visiting the site, “I was struck with the truthfulness of what many persons had told me, that after each shock the appearance of the place was so much changed that it did not at all resemble itself.” On this visit, Clingman said, the course of the creek had been altered some by the movement of earth and rock.

‘A mass of rocks’

In 1867, Clingman visited the area a third time, following more tremors and movement.

“From the top of the ridge to the base it seemed a mass of rocks, most of the earth having been carried away,” he wrote. “The depression at the top was greater, while the successive jars had, under the action of the force of gravity, moved the mass downwards and had forced the stream still further away from the hill. … A large oak tree of great age and four or five feet in diameter had been entirely split open from root to top, and thrown down so that the two halves lay several feet apart.”

Clingman speculated that the shocks were caused by a “low manifestation of volcanic action.” His theory was that chasms below, possibly created by earthquakes, might have filled with heated gases, which eventually would break through the surface violently.

Clingman collected a series of reports, sometimes visiting the sites, or other strange geologic happenings, which he tried to use to reinforce his theory of volcanic activity. Though his theory would be discounted, his notes and writings hold value as a record of geological history.

Clingman received reports of a violent earthquake between Tuckasegee River and Cowee Mountain, in southeastern Macon County. “A few days afterwards some persons discovered a fresh chasm two or three feet wide, which extended more than a mile. This was in the month of June, and they said that the leaves and branches of timber immediately above the chasm, in places, presented the appearance of having been scorched.” Clingman also repeated reports of Silas McDowell of Macon County, who reported another chasm opening southeast of Franklin.

In Cherokee County, around 1829, Clingman said, the Valley River Mountain was torn open during a violent shaking.

Around 1865, Clingman heard for several weeks smoke had issued from a crevice in the rock in Madison County, about 15 miles from Split Mountain. When he visited, “though the smoke had previously ceased to issue, yet there was evidence that the locality … had been subjected to violence that had changed the outlines of the ground and surface rocks.”

Finally, there was the most famous of the “disturbances,” those on Bald and Stone mountains, near the present-day town of Chimney Rock.

In February of 1874, a ridge of Bald Mountain that overlooks present-day Lake Lure began to rumble, a sound heard as far away as Rutherfordton. The rumblings continued sporadically for the next six months. The sounds and tremors did convince many locals that the end of time was near, prompting religious revival. The event garnered newspaper reports across the nation, some of them remarkably exaggerated. Colorado’s Denver Daily Times reported — via New York, via Raleigh — that Bald Mountain “is in a state of volcanic eruption; that houses and cottages on the side and at the base have been thrown down. The inhabitants in the locality are terror stricken and are seeking safety in flight. A thin vapor sinks from the top of the mountain, and a low rumbling sound is constantly heard.”

In England, Jules Verne heard of the mystery. The author of “Twenty Thousand Leagues Under the Sea” used those reports as inspiration for the beginning of one of his lesser-known novels, “Master of the Universe.”

Clingman also visited Bald Mountain and, as he did at Fines Creek, speculated the cause was volcanic activity. Today, scientists speculate that the rumblings were caused by minor earthquake tremors that send massive boulders tumbling through underground caves and fissures. That ridge of the mountain has been known ever since as The Rumbling Bald.

The cause of the strange 19th century movements on Haywood’s Split Mountain, however, remain a mystery. In April 1986, after the federal government placed the corner of Haywood, Buncombe and Madison counties on a list of possible sites for a high-level nuclear waste repository, Garrett Smathers, a local terrestrial ecologist, and Don Link, a hydrologist with the N.C. Department of Natural Resources, and local resident Bruce Ford, visited Split Mountain. They were looking for indications the region was too unstable to house high-level nuclear waste. The Mountaineer reporter Bill Studenc, who accompanied them, wrote that, even 138 years after the big upheaval, “the amount of rock and rubble, upon first sight, is breathtaking.”

Smathers believed the warm water that flowed from the springs could have been the result of intense energy and heat generated by the movement of massive amount of rock, adding he did not believe it was caused by geothermal activity.

After tremendous protest by citizens living around the 12 sites on the federal list, the government suspended indefinitely its plans for building a waste repository on the East Coast. Split Mountain has, since that time, remained quiet — both politically and geologically, still holding secret the cause of its uproar.

Kathy N. Ross’ family roots go deep on the Bald Mountain. And she can declare with certainty that locals on the mountain did not flee in 1874. While the rumblings did not throw down houses, they did throw her great-grandmother off a homemade log see-saw. Sources for this story include past editions of The Mountaineer and the writings of Thomas Clingman, available through the website Internet Archive.