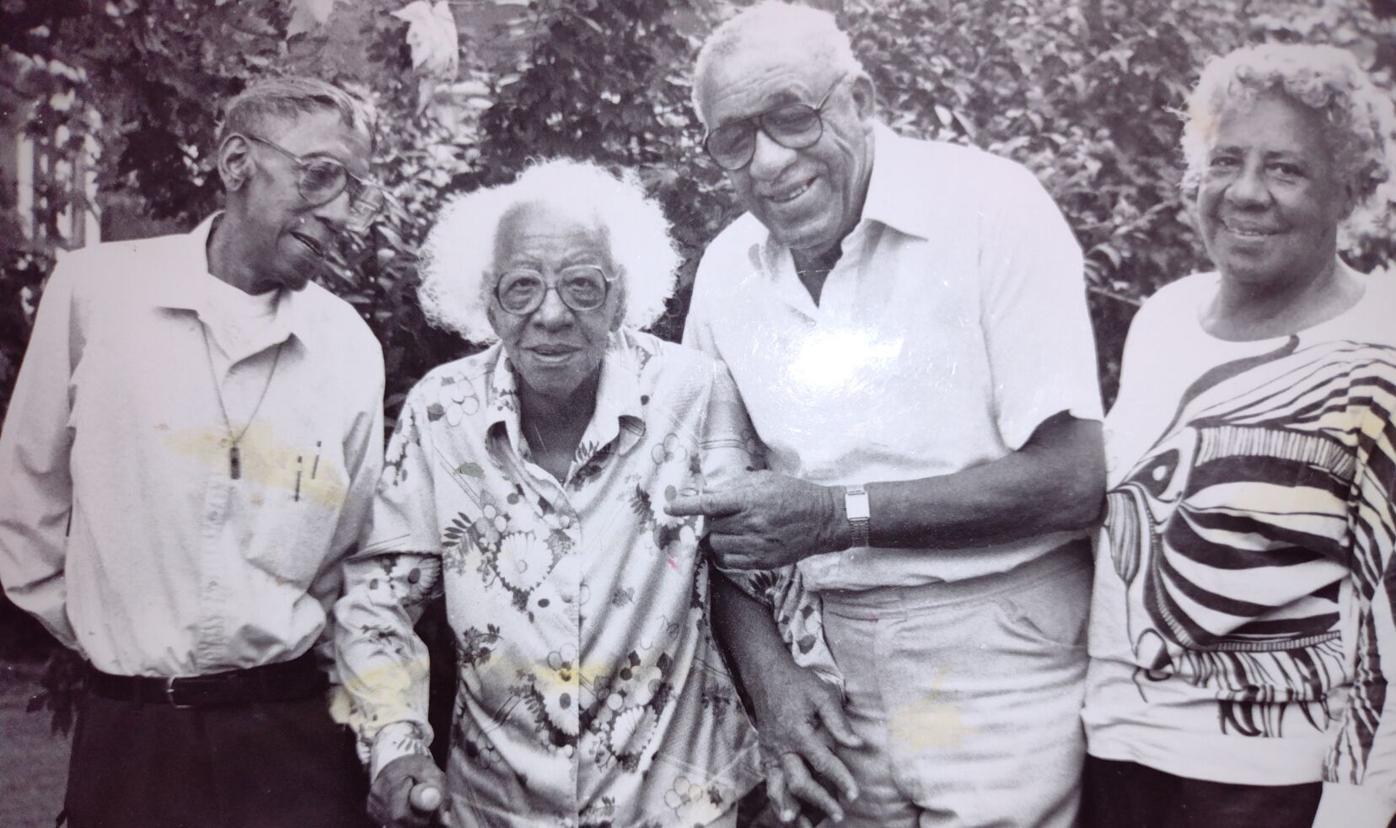 A LONG LIFE — Delsie Love, second from left, with three of her children: Charles and Ed Love and Irene Ellison. This photo was taken in 1991, when Delsie was 98. 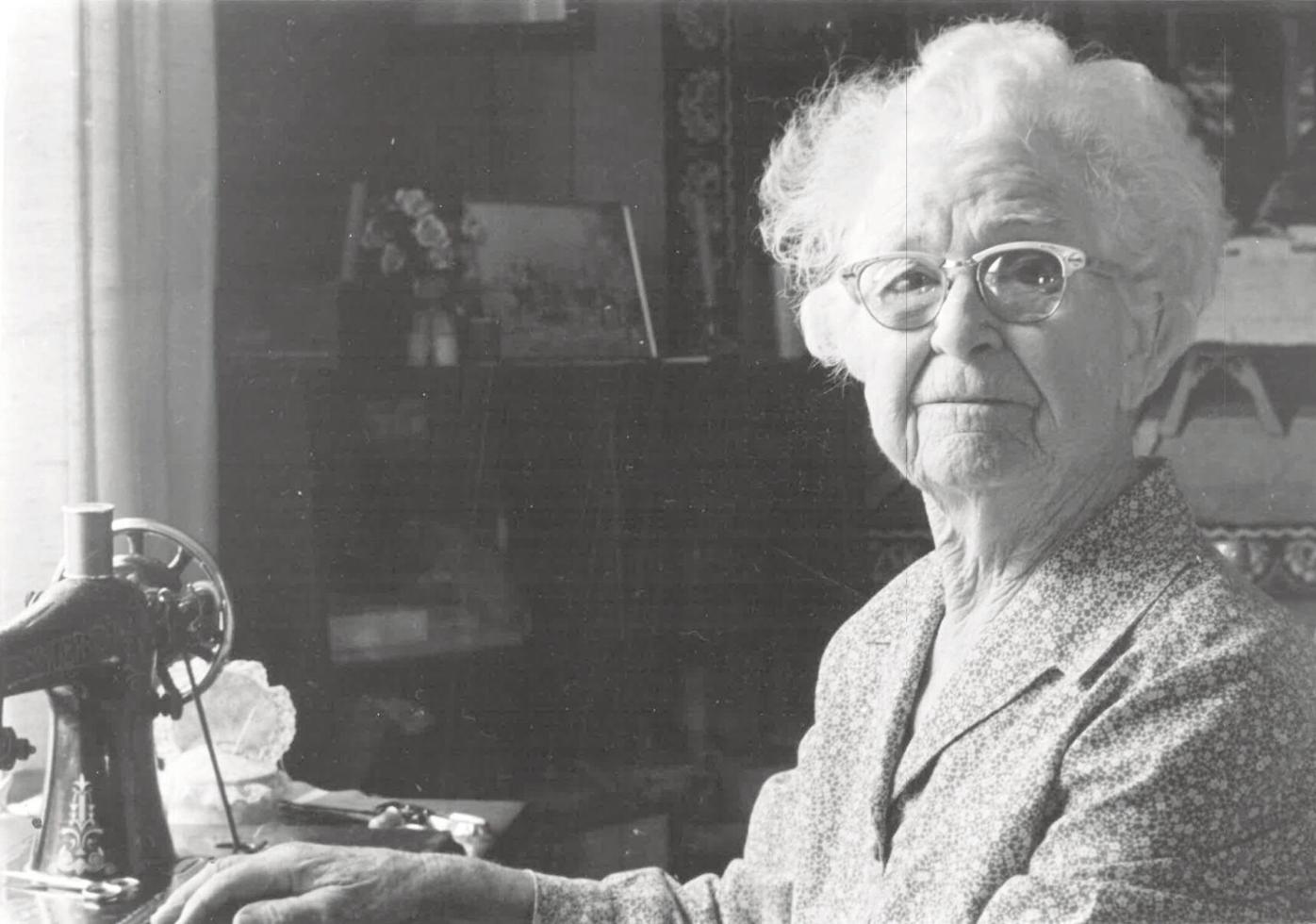 A LONG LIFE — Delsie Love, second from left, with three of her children: Charles and Ed Love and Irene Ellison. This photo was taken in 1991, when Delsie was 98.

Women who live to be 100 seem to have several things in common: minds that remain keen until their last years, active lifestyles, and — in the lives of several lady centenarians in Haywood County — a tendency to break new ground. Here are two examples.

Delsie Love behind the wheel

Delsie Pettit Love died one month after her 100th birthday in 1993, in a lifetime that spanned tremendous changes for African American citizens in Haywood County and the nation, and a few of those changes she helped bring about herself.

Delsie’s father, J.C. Pettit, was a former slave, the child of a white slave owner and a half African/half Native American slave. He would tell Delsie how his mother had been sold, though he had been kept with his owner’s family and taught to read and write. All of his life, the family said, he searched unsuccessfully for his mother.

Delsie, born in Andrews, lost her mother when she was young. The family moved to Dillsboro when she was about 12, and she became a teacher, instructing the black children of the River View community nearby.

She moved to Waynesville at the age of 19 and lived with an aunt and uncle, working at a boarding house on Main Street. She got the job because she could milk a cow. But at that time, she wasn’t much of a cook.

The boarding house owner purchased a cookbook which Delsie used, and her reputation as a cook flourished. So did romance; in Waynesville, Delsie met J.C. Love, the son of a slave who had been freed by the Stringfield family. Delsie would later tell how part of his powerful attraction was a golden voice. They were married at the Gordon Hotel on Main Street.

In 1914, Delsie became the first black woman — and one of the first women — in Haywood County to obtain a driver’s license which, she later told historian and friend Mildred Wulff, cost 50 cents. She often drove her husband, a plasterer, to his work sites. In a 1991 interview, her children told The Mountaineer what the family thought of her motoring.

“My granddaddy used to say ‘She thinks she’s white driving that car. And J.C. ain’t got a damn bit of sense giving her a car,’” son Charles said.

“She’d go to Sylva or someplace where Daddy had plastered, and if she had a flat tire, she’d fix the flat tire herself,” said daughter Irene Ellison.

J.C. and Delsie went to work for the Woolsey family, with Delsie serving as maid and nanny, while her husband chauffeured. Later they moved to East Street, and J.C. worked as an orderly at Haywood County Hospital while Delsie cared for their eight children.

The young mother was not afraid to speak truth. One of their sons was light skinned with blue eyes. One day, Irene said, a white woman asked Delsie, “Could you please tell me how that child got that color?’

“Mama said, ‘Since you don’t know, it’s because of slavery.’”

For all of Delsie’s independence, she still faced struggles. Her children attended segregated schools and churches, and had to sit upstairs in the movie theater — but played with white children in the street.

Her oldest children had to attend high school out of the county, because there was no high school for black children in Haywood. And in 1949, when Delsie Love was in a car accident — apparently no fault of her own, for a laundry truck backed out of a drive and hit her car — the newspaper pointed out that the vehicle struck was driven by “Delsie Love, a negro.” It was common in those days for The Mountaineer to point out the race of any African American citizen involved in a news story.

Effie Burress at the ballot box

Effie Bridges Burress of Hazelwood didn’t get to vote until 1920, when she was 39 years old and women were given that right. Having waited so long to have a voice at the ballot box, Burress voted every opportunity after.

At 109 years of age, she arrived at Hazelwood Town Hall to cast her ballot in the May primary. The November election of that year was likely her last ballot, for Burress suffered a devastating stroke the following month, and died a year later, at age 110.

Burress, a loyal Democrat, didn’t vote only in major elections; she was at the ballot box at every opportunity, from primaries to presidential contests, to repeated votes during the 1980s to determine if the town of Hazelwood would merge with Waynesville.

Effie was born in Brevard, but her family moved to Haywood County in 1886, when she was 6 years old. She became a schoolteacher, and it was at Turpin Chapel/Maple Grove School that she met her future husband. She also shook the norms of her day. While it was not unusual early in the 20th century for an older man to marry a much younger woman, Effie turned the tables. Bolling Burress was 14 years younger than Effie.

“He was 18, maybe 19 years old when they got married, and she was in her 30s,” said daughter Edna Mae Bernhardt. “You can bet that raised a few eyebrows in those days.”

But it was a long, strong marriage. Bolling Burress died in 1984, when he was 89 and Effie had already crossed the century mark. The couple had grown up in hard times and knew how to live with almost total self sufficiency. About the only items the family would purchase in their early years were coffee, sugar and oranges at Christmas, the daughters said.

The Mountaineer did a number of articles on Effie, whose energy never seemed to wane.

At age 95, she was sewing sunbonnets for the county’s 1976 bicentennial celebration. She was also still canning food from her garden, working with ceramics, collecting stamps and helping her husband tend their apple trees.

At age 100 she had to quit gardening because of hip trouble.

At 104 she was still doing some of her own cooking and housekeeping.

At 105 she still enjoyed games of Chinese Checkers and continued sewing and patching garments.

Burress’ quality and longevity of life came not only from her own energy and work ethic. When their father died, Effie’s two daughters, who both lived out of state, made the decision to alternate living with their mother so that she would not have to live in a rest home or nursing facility. One lived in Kansas, another lived in Oregon. Together with a cousin who lived in the area, they ensured someone was always living at home with their mother until the end of her life.

Sources for these accounts are drawn from Mountaineer news articles dating from 1945 to 2005.